The small, activist crew Heartpolitics ltd, launched the Grassroots to Global initiative this year to energise an engaged listening process across Scotland and potentially beyond. Heartpolitics responds to the climate crisis through research, writing, and the organisation and facilitation of community events and processes such as Peoples and Citizens Assemblies. 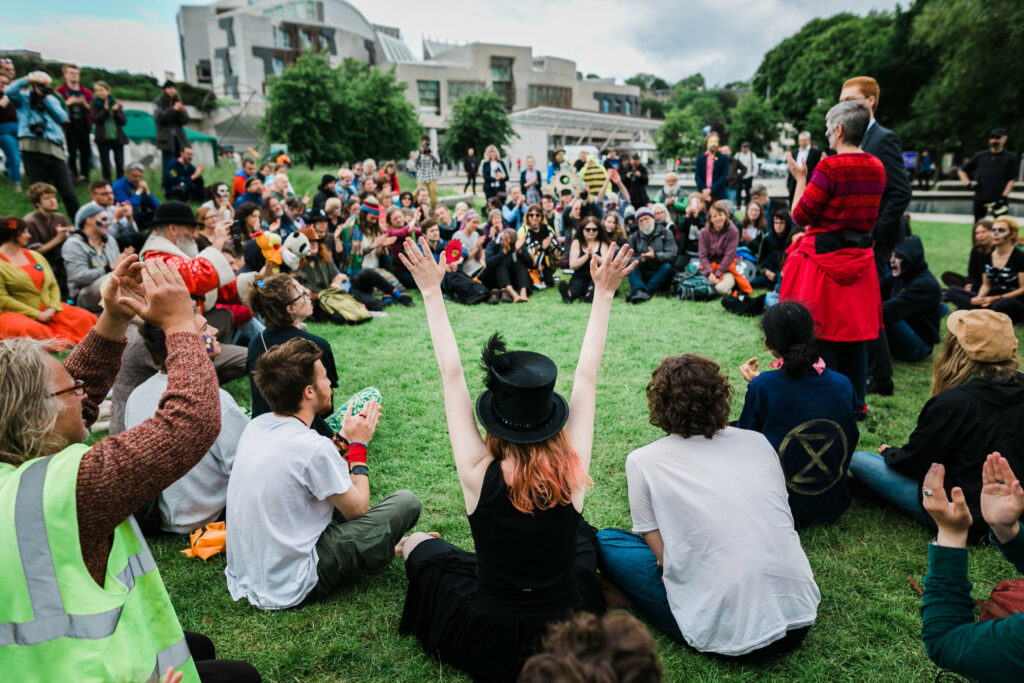 The climate crisis is the end result of a culture of domination which has many other casualties along the way. The Heartpolitics crew aim to connect with those who have other emergencies – other drivers for change. They are de-centring the climate crisis from being the focus in order to start from others experiences of the emergency.

They believe we can find common cause, based on recognising the underlying cause of the interlinked crises, and by recognising that the threat of the climate crisis is the unarguable opportunity for complete system change.
Through this lens, the team is developing the vision, processes and shared experience to catalyse the lived experiences of being heard, of participating in deliberative democratic processes with space for emotion and spirituality in the widest sense, enabling people to connect with those who share the experience of deep connection and deep dislocation. Through such processes people can collectively make radical system change seem inevitable, achievable and enjoyable.

This project is about reaching out of our bubbles and connecting with those whose experiences, value and views on life may be very different. We will do this on a number of levels from the individual to the organisational.

Heartpolitics aims to support those in the climate movement to drop the idea that the CEE is the only issue in town and listen to others’ desperation and longing for change. The team writes: “only earned confidence in our willingness to make deep systemic change that benefits the many will align enough of us to take the degree of action called for in the time we have left. The reality is that the system is unbearable right now for many people. If we can show that global system change is possible, the CEE brings the missing shared imperative, enabling those who have benefitted from the current system to finally share the desperation and motivation for change.” 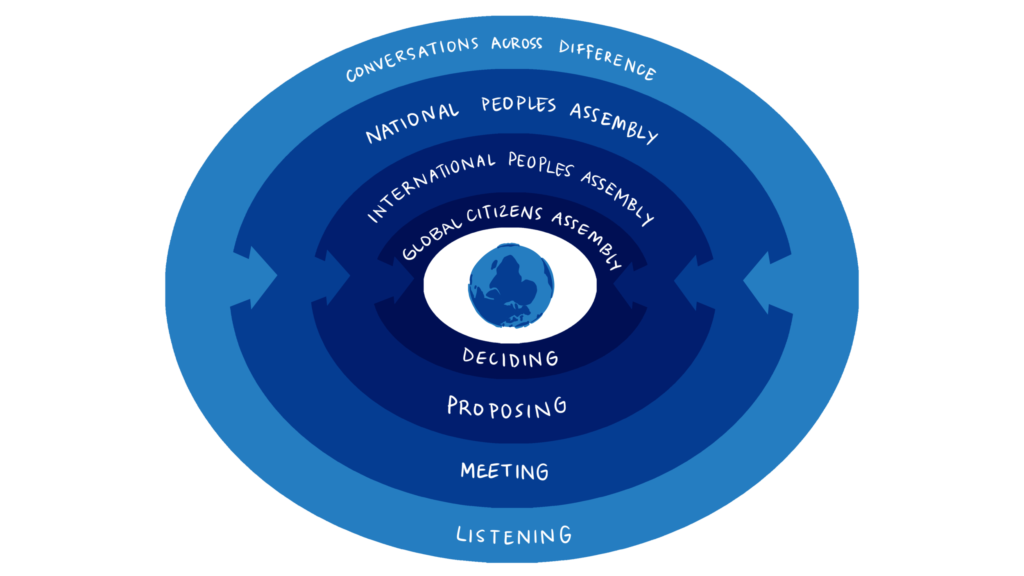 Heartpolitics aims to develop an alliance with those severely or mundanely marginalised, and those recognising and seeking to resist their co-option, to inform the framing and content of the Peoples Assembly, but also to connect with particularly motivated individuals from diverse backgrounds who can join their team. 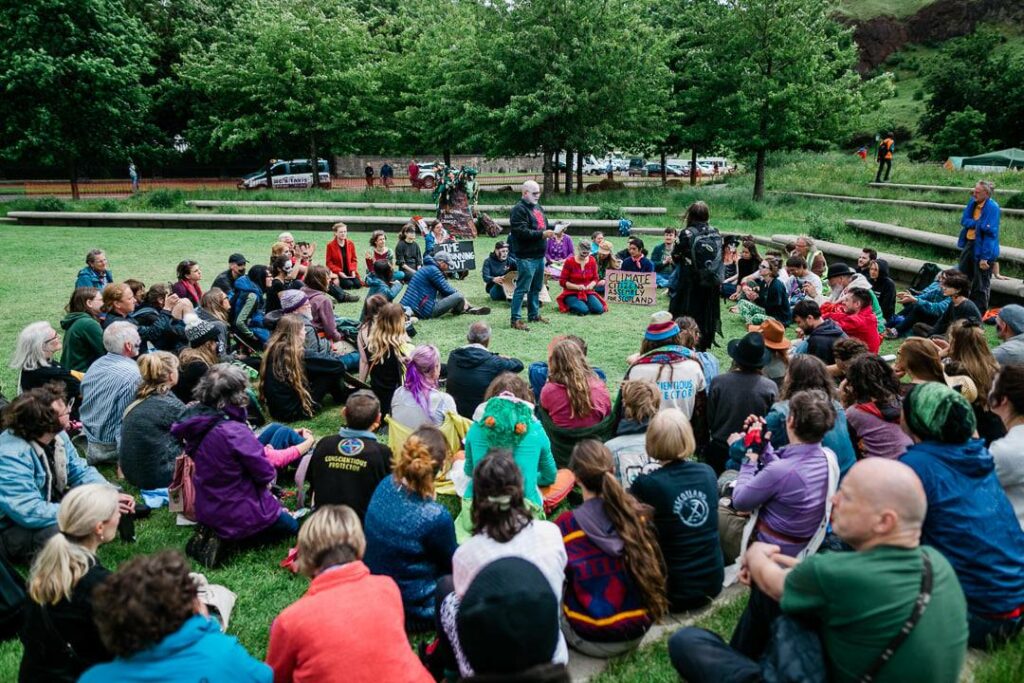 “Engaged Listening is about dropping our understanding of the problem and really listening to other people’s experiences, without trying to persuade them of anything.”

The Heartpolitics crew will run an engaged listening process that will take place in Scotland in March-May of this year and our funding will predominantly be allocated for these proceedings. The team aims to also catalyse similar processes elsewhere. They will equip activists from Extinction Rebellion Scotland and from other groups nationally, to initiate conversations with people who are ‘different to me’ (dive into the toolkit). These conversations will be distilled, to form the framing and content for a national (and possibly also multiple regional or local) Peoples Assembly in the summer so that it can be appealing and accessible to a very wide range of people. 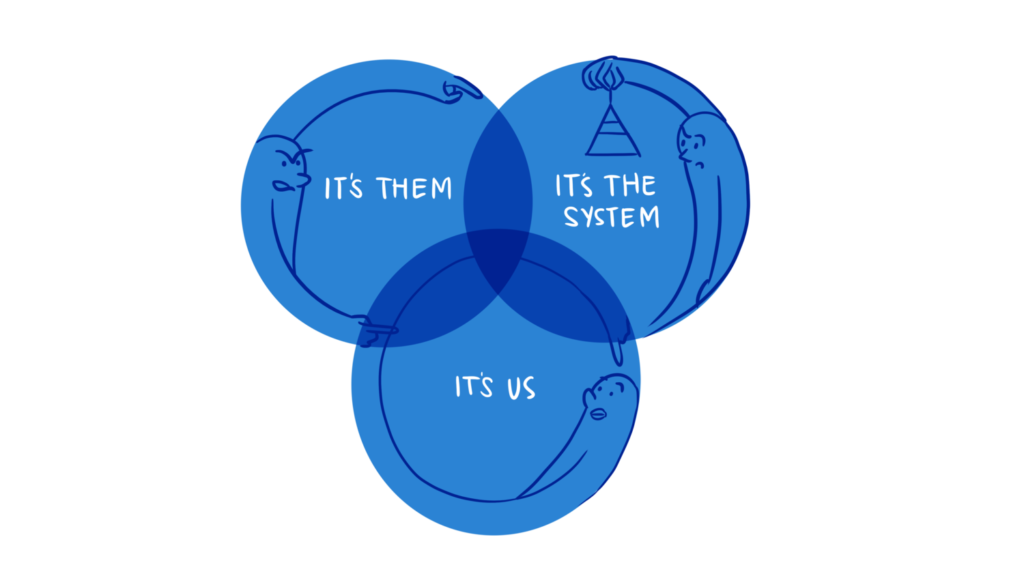 Through this process they aim to:

– Connect with a wide range of people we usually don’t get to meet with and find out what are the core issues that impact negatively and positively on their lives.

– Distill their understanding of this to inform the framing and content for at least one national Peoples Assembly, which will reshape the social structure so that it better meets people’s core needs while also unhooking citizens from the processes driving social and ecological destruction, and so – incidentally – enabling people to navigate the cliff face of emissions reductions demanded by climate change. 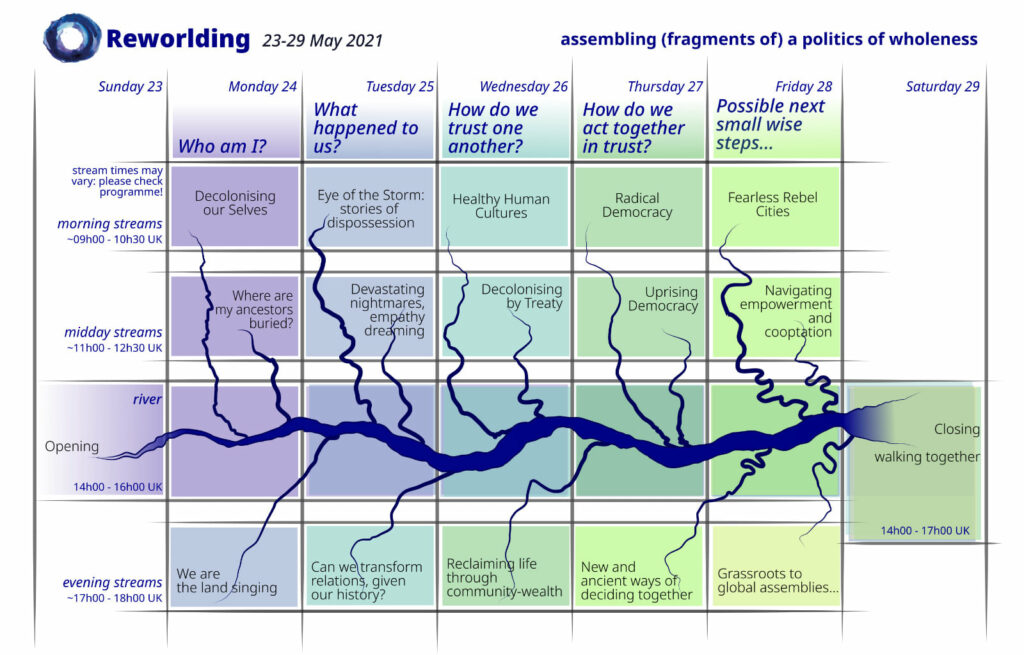