The Alternative is a new political platform in the UK for the 98% who are not members of political parties. 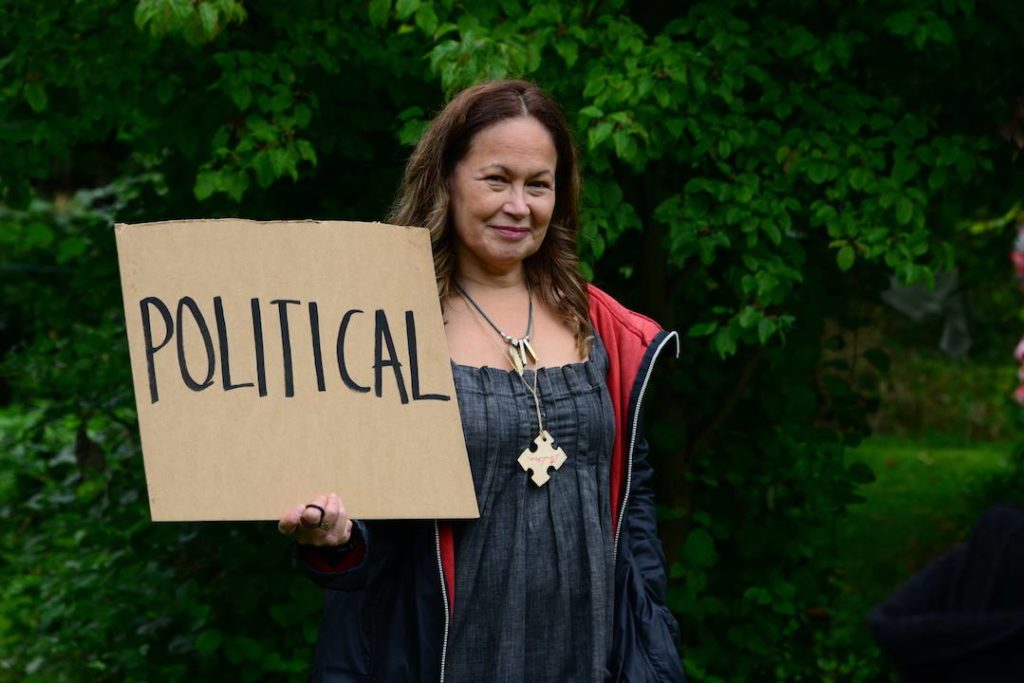 Indra Adnan, co-initiator of The Alternative getting political at the Alter Ego gathering

Their mission is to re-orientate politics outside of the current political bubble to catalyse an era of people power and they go about this in three ways:

2) Joining the dots. The team work together with those that share their vision and who want preconfigure the future together. Including Flatpack Democracy, Perspectiva, Alter Ego, 38 Degrees, Smart CSOs Lab, Michel Bauwens P2P Lab, Transition Towns, Campfire Convention, the Real Ideas Organisation.

3) Designing and running political laboratories. These are open, community spaces that catalyse local transformation. The laboratory process is in three stages: a ‘Friendly’, an ‘Inquiry’ and then ‘Action’. They draw deeply on local networks of every kind, working with artists to enliven and awaken meaning and purpose.

It is the first stage Friendly in Devon that the guerrilla grant went towards and you can read a full description of it all here. 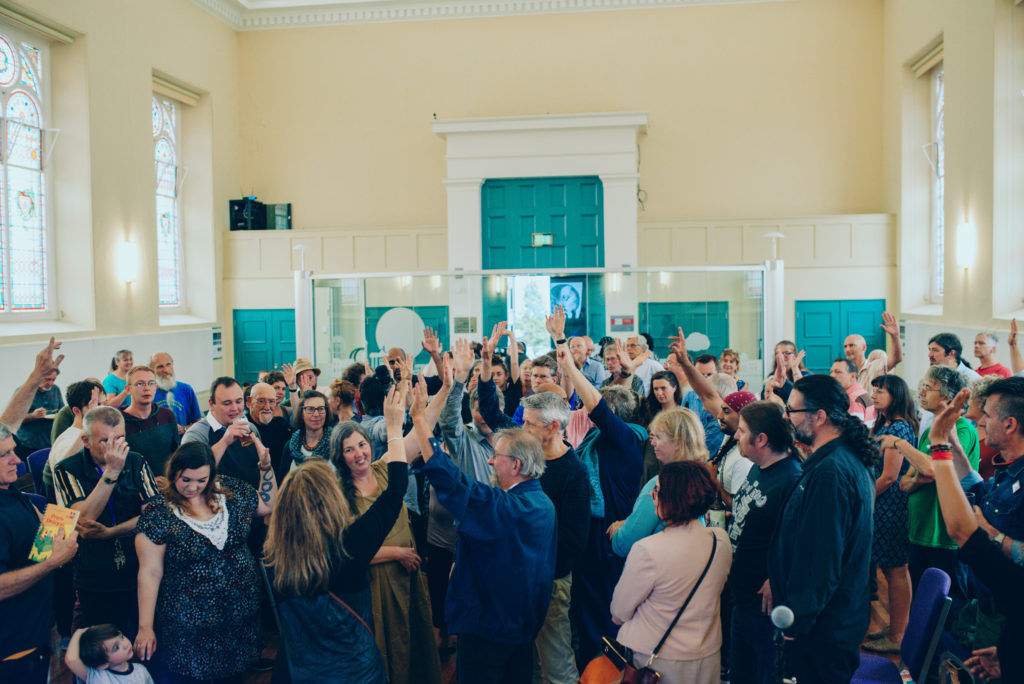 A snap from the Devon Friendly

The social challenge is reconnecting people to power – at personal, local and global level – the lack of which causes inequality, widespread mental ill-health and the destruction of our environment. The unprecedented opportunity The Alternative sees is to use the new technologies and practices of participation and co-creation, in order to step up into a new level and quality of citizenship. Thereby they aim to support the development of closer, enlivened communities, capable of devising local solutions to national and global problems.

Only 2% of people in the UK are currently members of political parties. Since politics is the system through which we distribute resources and organise our governance, this lack of engagement describes a severe democratic deficit. The UK’s political classes do not address this deficit, understanding it only as apathy, rendering the population as a disinterested, unenthusiastic polity. 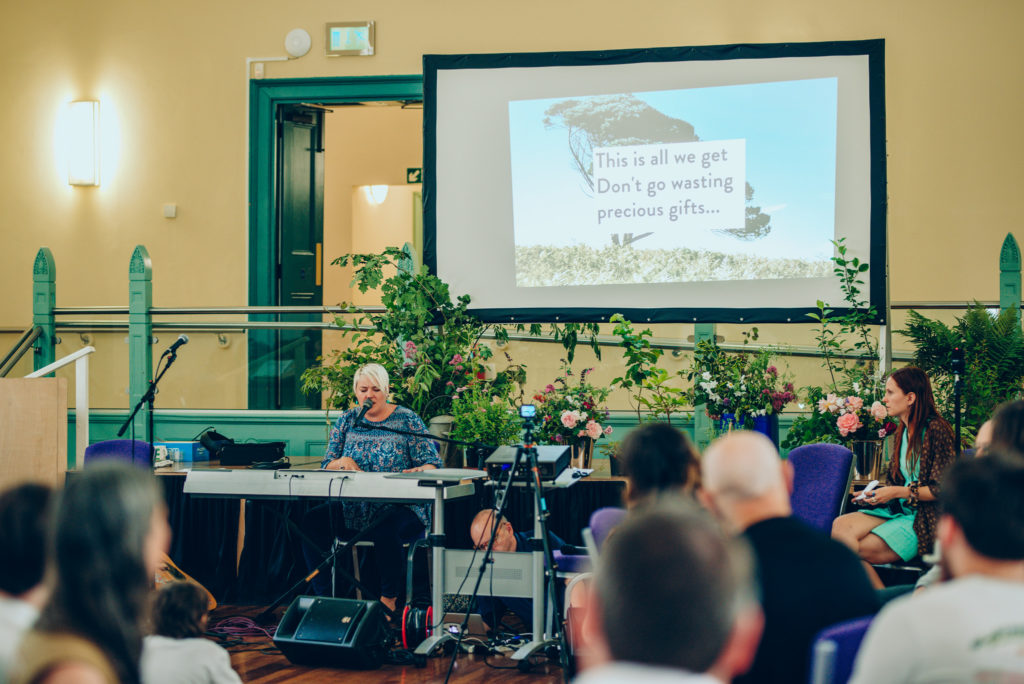 Another snap from the Devon Friendly

Outside of the political bubble, it’s evident that much more than 2% are engaged in alternative activities that impact upon their communities and the planet – from innovative food projects to creative housing solutions. However, too often these activities are siloed and lacking in enabling resources that might help them engage the wider community better. Without a politics that reflects the real interests and drives of people in the daily lives of their communities, the resources –money, expertise, cutting edge technology – will remain only accessible to the elite.

How can the failings of politics be understood in ways that help us confirm the strengths of human beings, their social and planetary potential?

Using the I, We, World principle we see:

1) The human being at the heart of current party politics is homo economicus, needing only a job to meet ‘his’ material needs. In reality, we are diverse and complex bio-psycho-social-spiritual beings. We have essential emotional needs that need to be met, in order for society to flourish. Amongst these are the need for being stretched, to use our capacities for meaning and purpose. We need a more conscious politics.

2) At the UK national level, citizens have no purchase on power other than to vote once every five years in a first-past-the-post system that makes most votes irrelevant (the devolved parliaments and assemblies have more proportional systems). As Brexit demonstrated there is an appetite for more autonomy – to take back control – which is currently being tested through increased localism and municipalism. We need a less controlling, more facilitatory politics. 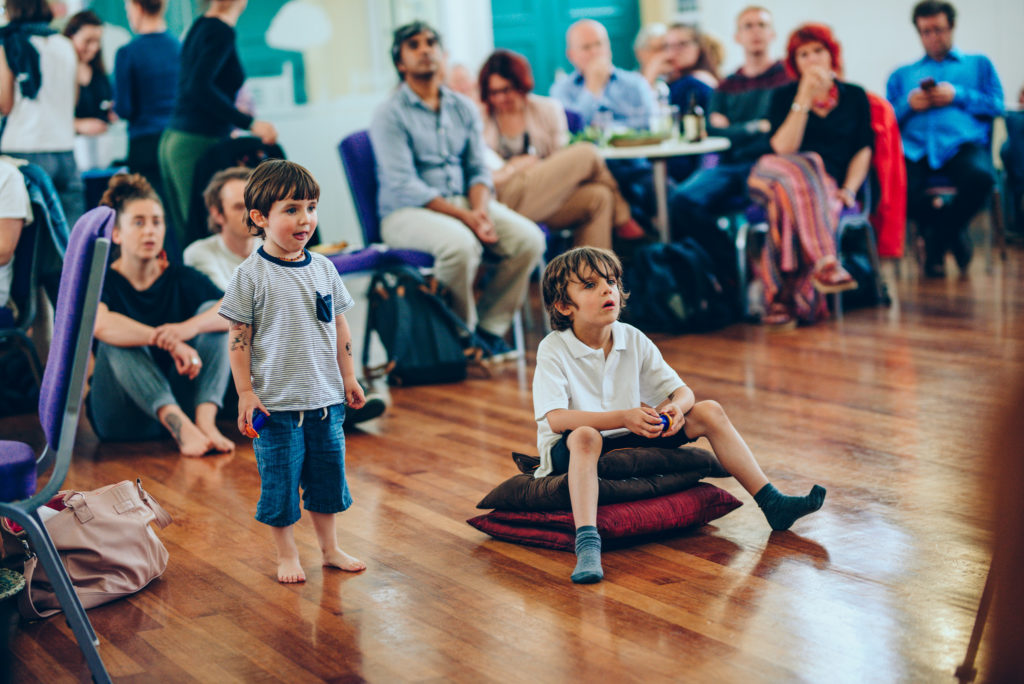 Young participants of the Devon Friendly

These developments will not be achieved by focusing on and fixing the current system. As Buckminster Fuller recommended, we have to build a new one. This system will give attention to the social needs and creative potential of people in their communities, from which a new politics can arise organically. The cocreators of The Alternative UK state that “we are starting this well into the 21st Century, there is no need for a 20th Century masculine, hard power bias – we can go straight into diverse, distributed forms of leadership that reflect the whole of society. Our internet-era familiarity with networks means we can draw upon social media to communicate and foster conversation in ways still foreign to Westminster today. And given the massive access to information each citizen has, there is little need to limit decision making to a small group controlling the relevant knowledge: autonomy will be prized more than feared.” 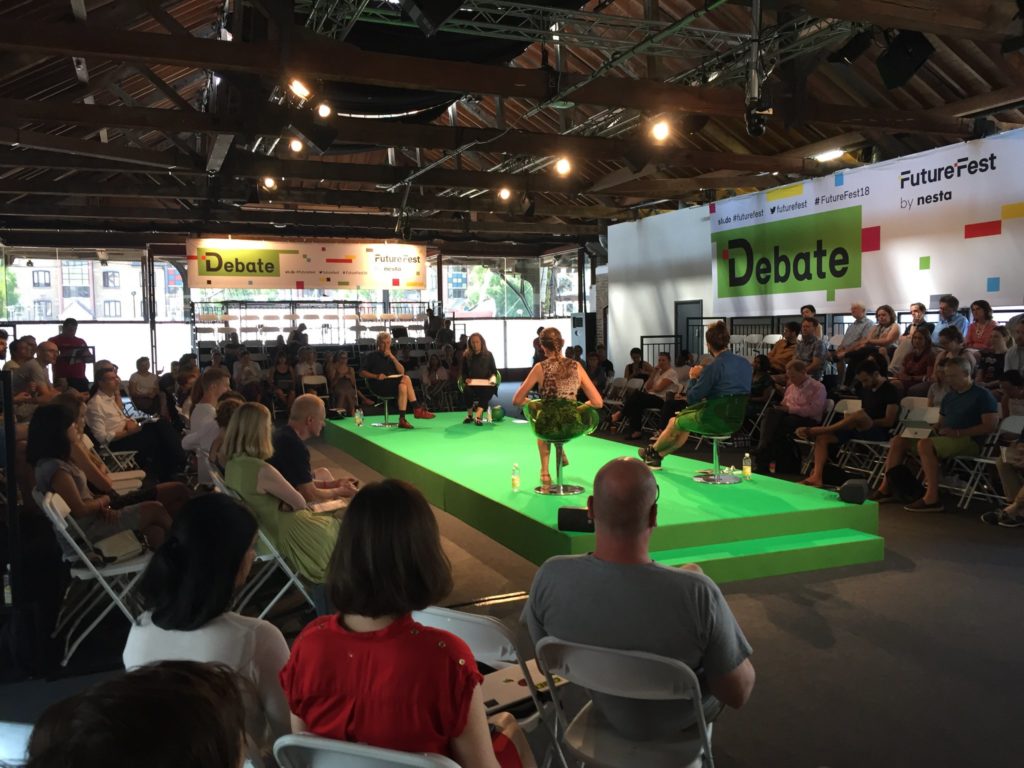