Genova che osa is a grassroots organisation, that acts locally in Genoa and strives for big structural changes towards a world marked by more equality and more solidarity. 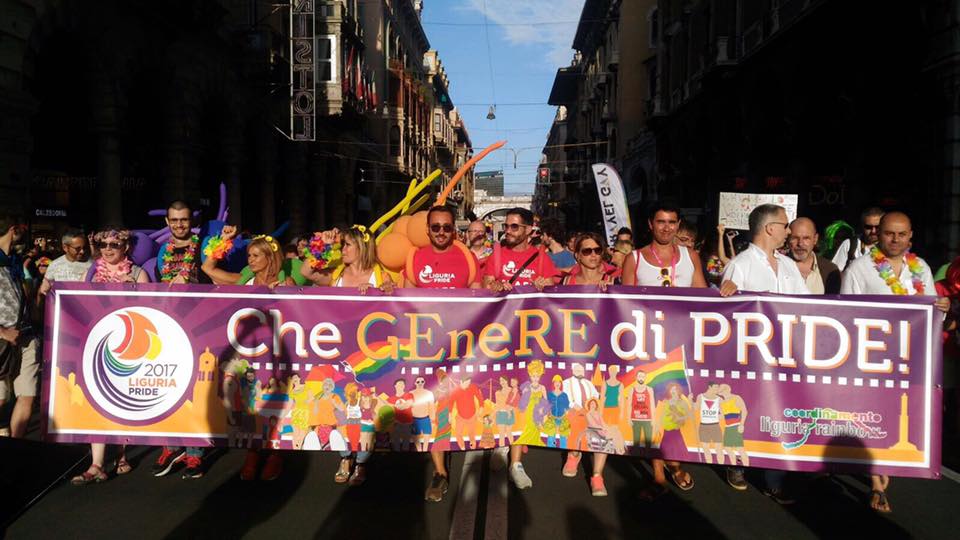 They are a social and cultural non-profit group, that focuses on political transformation. The Genova che osa team are trying to reduce local inequalities, and according to Antonio Gramsci’s teachings their focus is to build a new progressive culture, to cause a deep and durable change, starting from Genoa and Liguria. They wrote a manifesto via a participatory process which involved 200 people. 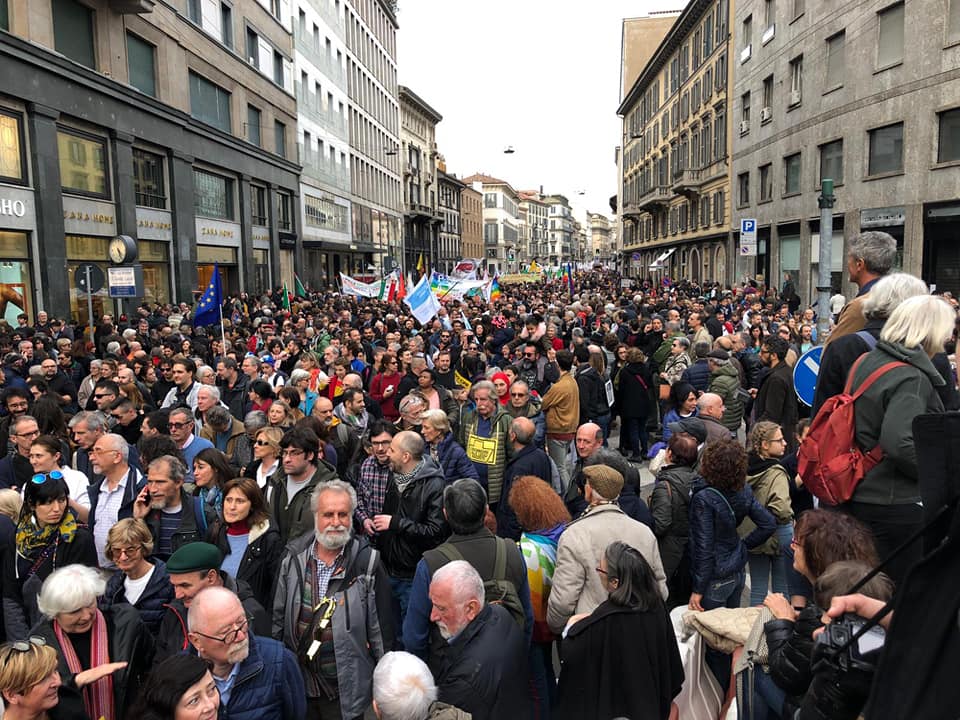 The team operates on three pillars: a centre for research and culture, community organising, and social and political mobilisation. They believe that their city is on the frontier. It is on the furthest edges of global transformations and the environmental crisis. Yet, at the same time, it is violently overwhelmed by them. Therefore, the crisis is stronger in Genoa and the right-wing parties are on the rise; for this very reason they choose to act in Genoa, and they think that their actions are more important there, and can be more effective than elsewhere. 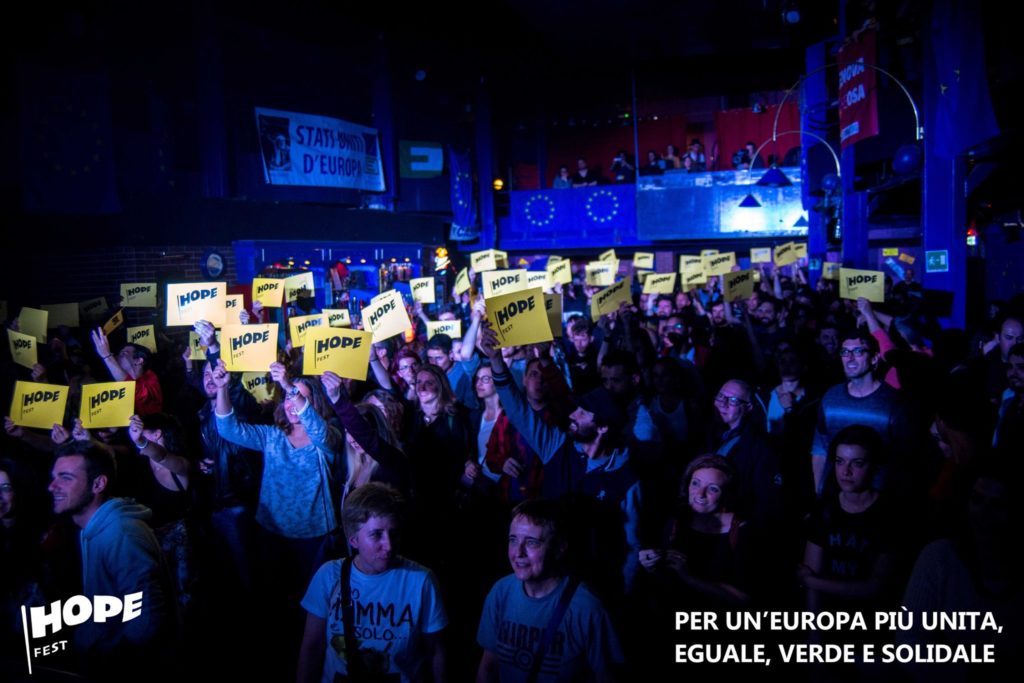 In total the crew is currently comprised of 12 organisers. They rely on a group of 200 supporters, and a network of 17,000 people who follow their activities. Currently they are developing three proposals of regional actions with innovative, incisive, and strategic scope to fight inequality. The Genova che osa activists have recently presented the first one, regarding a universal inheritance to promote young people’s autonomy. They want to lobby on and influence the progressive parties and associations in the city and region to shift their platforms at the next regional election already, in 2020, and to be sharper and more decisive at the next municipal election, in 2022. In the midst and the aftermath of the coronavirus outbreak they find their proposals to be even more important and relevant to promote a more just and less unequal society.

To promote their agenda they are supporting various civic petitions. In this last year the team collected over 16,000 signatures on a dozen of petitions. A few of them generated larger mobilisation, such as an initiative to preserve a small cultural centre within the downtown that the municipal administration aimed at closing, another initiative to preserve a very large and important leisure and cultural centre called “Giardini Luzzati” located in the downtown that the municipal administration (aimed at transforming in a tourist-focused venue), a strike against the municipal administration to protect the city’s welfare services, and three mobilisations to promote solidarity towards migrants (the last of which had more than 10,000 participants). 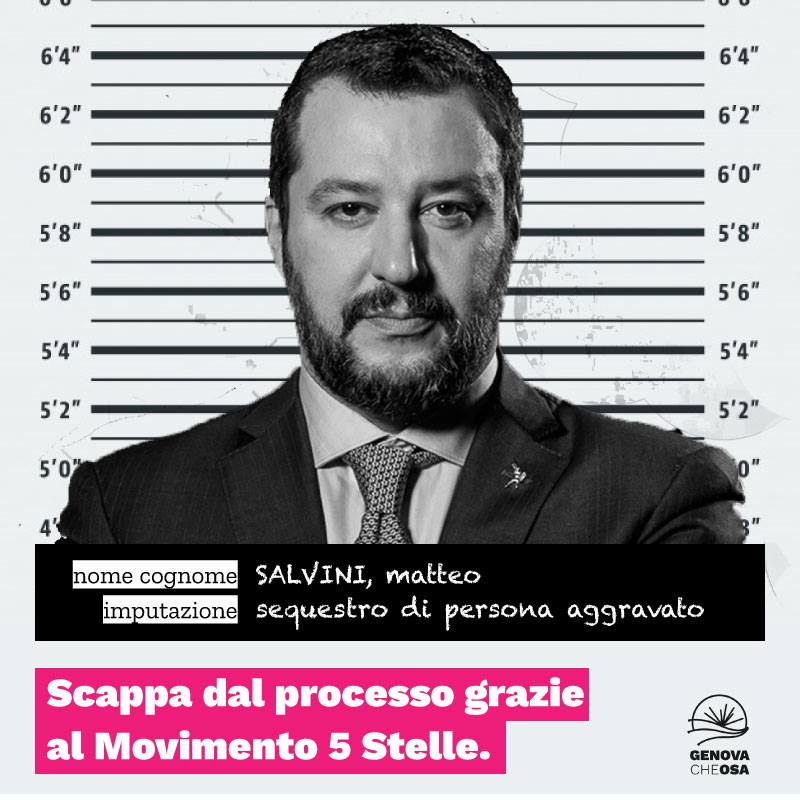 Thanks to such activities and all the time spent promoting them, the team have developed a wide network of relations with other associations. In particular they have strong relations with some anchor organisations, especially in the civic sector (Legacoop Liguria, Oltre il giardino, Coop. Il Cesto, Movimento federalista europeo, La Città). Even their office space hosts some activities of a few of them.

Genova che osa has acquired a recognised cultural and moral standing in the city. They regularly appear on local media and have become a point of reference on various local issues in the city. They are developing the capability of influencing the public debate in the city on issues they consider important, particularly inequality, at least in the progressive camp. For instance, the largest recent collective initiative of the progressive organisations in the city was focused on the issue of inequality. They lobbied for it and were among the speakers; their proposals for a universal inheritance to promote young people’s autonomy was debated at length, i.e. it was finally put on the map and taken seriously. 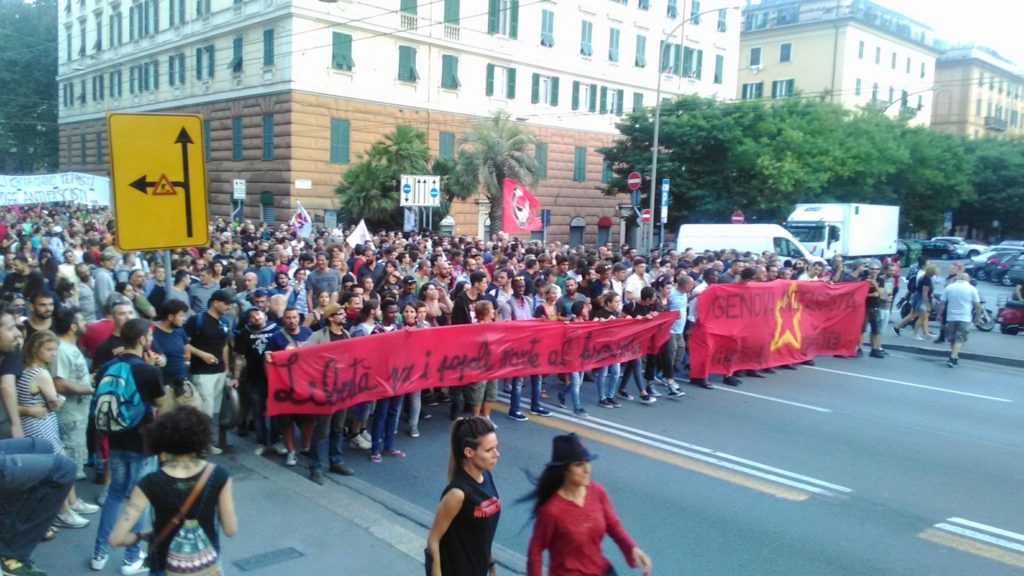 Genova che osa want to use our grant to recruit and train new organisers, so as to enlarge and diversify their staff and therefore scale up their activities and reach.
Starting in June 2020 they are going to organise a significant share of their activities around that goal. The team already know that the path leading from a general follower of their activities to a organiser and staff member requires a lot of care, attention and time, and it starts with the involvement around some strong and energising idea and campaign. Hence, replicating past experiments and successful activities, they want first to promote three complementary paths activating new organisers, volunteers and ideas. 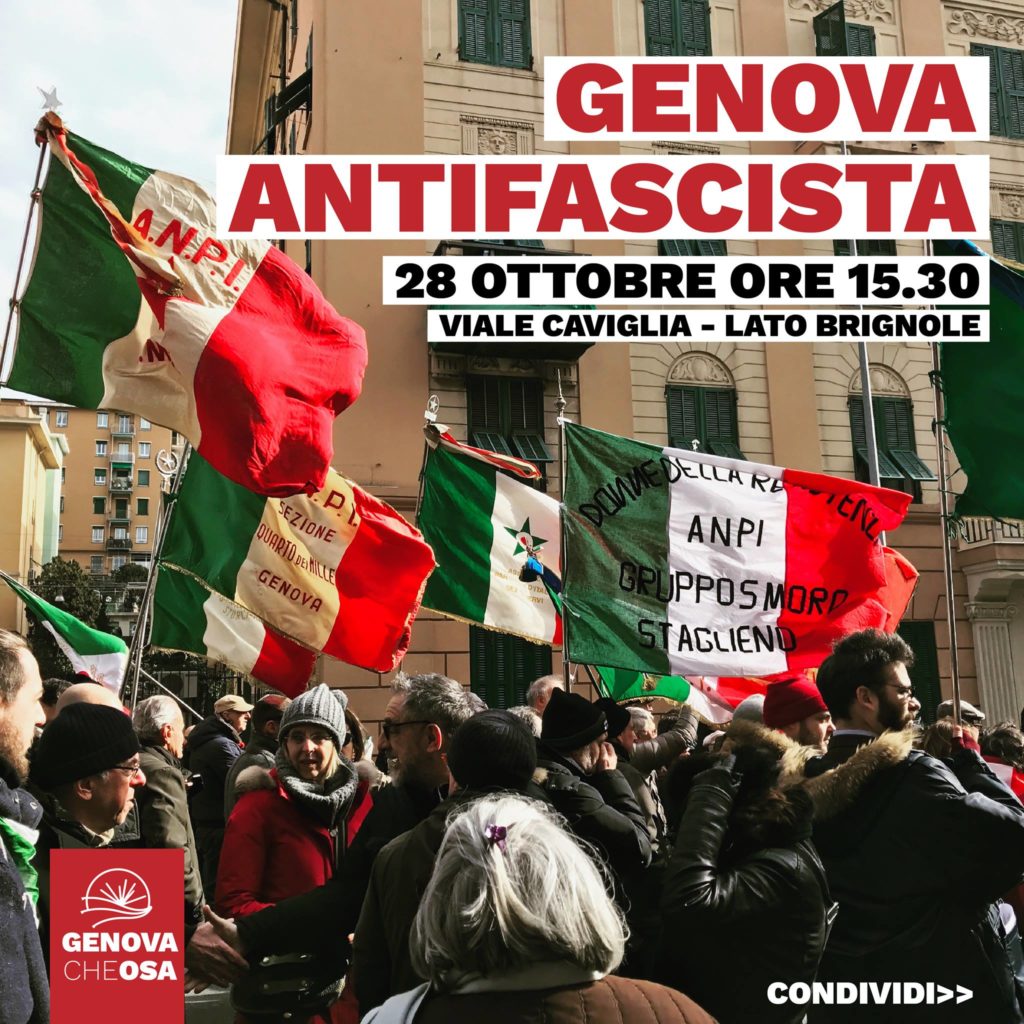 Each paths is going to be developed along these lines: (1) presenting a new political proposal; (2) scouting for and training new organisers who have gotten involved thanks to the proposal; (3) putting in place a pressure campaign on the proposal with the newly recruited and trained organisers. After that, they will be gradually involving the new volunteers in the general activities of the organisation, and training them as organisers. 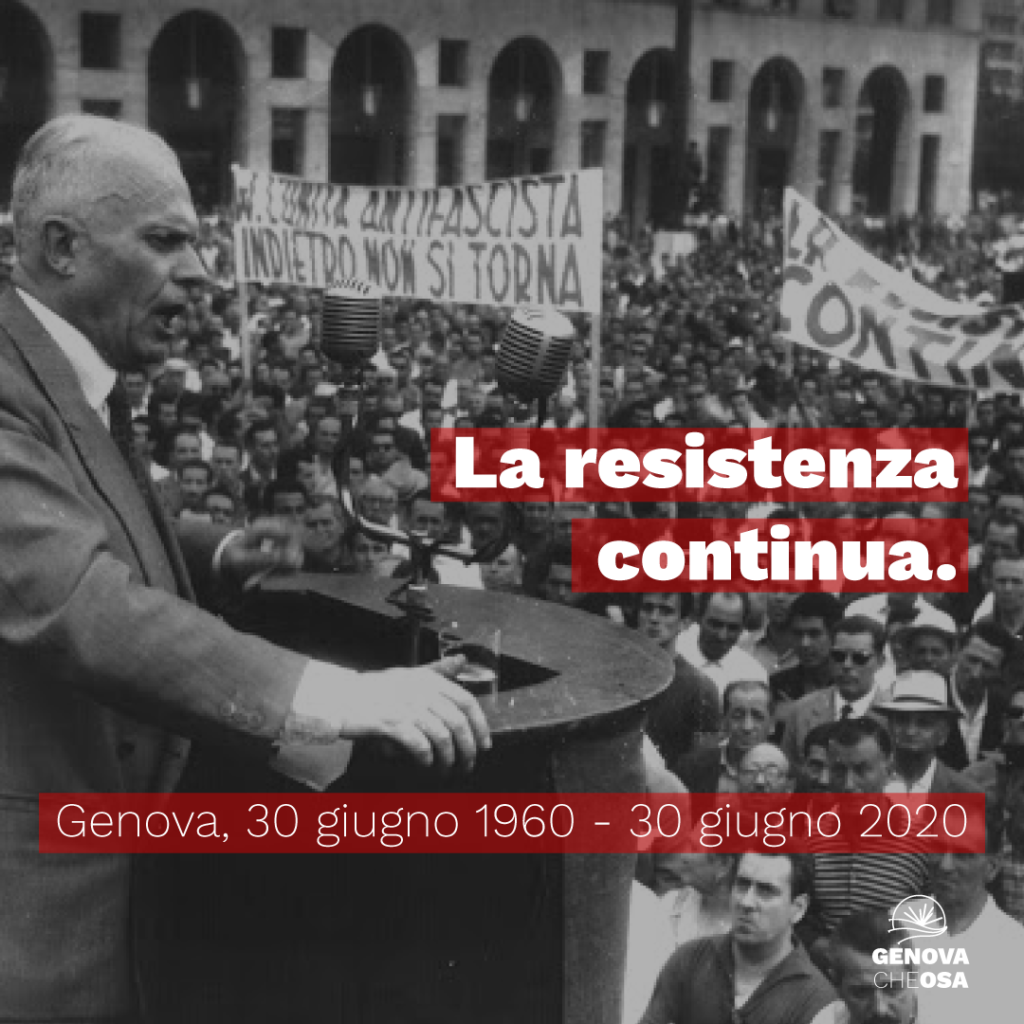