The Radicals
by Ivan March

‘Rearticulating Distorted Narratives‘ is one of the Guerrilla Foundation’s key strategic tennets in addition to our grantmaking. Even though we do influence social narratives via the work of our grantees, by endorsing practices such as new municipalism, antiextractivism or workers cooperatives, actively moulding societal narratives is a crucial component of our mission. 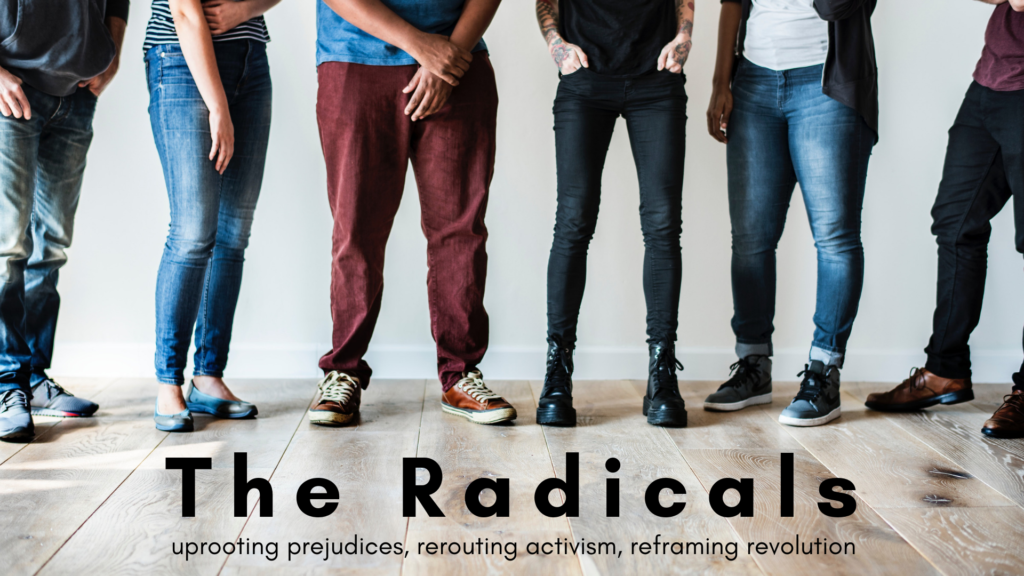 The Radicals is one such endeavour. It is a storytelling initiative that is reclaiming what it means to be radical, exploring contemporary radical activism, and showcasing the new faces of root-cause activists worldwide.

Rebel. Rioter. Radical. While rebel is still oftentimes used in a romantic sense of going against the norm or being a youthful nonconformist, rioter and radical are by and large dirty words. They’re insults. Even though at the Guerrilla Foundation we strongly believe in the adage “when injustice becomes law, resistance becomes duty”, we also would not condone violence rioting, so it’s not a rebellion tactic we’ll generally endorse. However, we find that the word radical is used interchangeably to mean rioter, fanatic, fundamentalist and this is quite problematic. 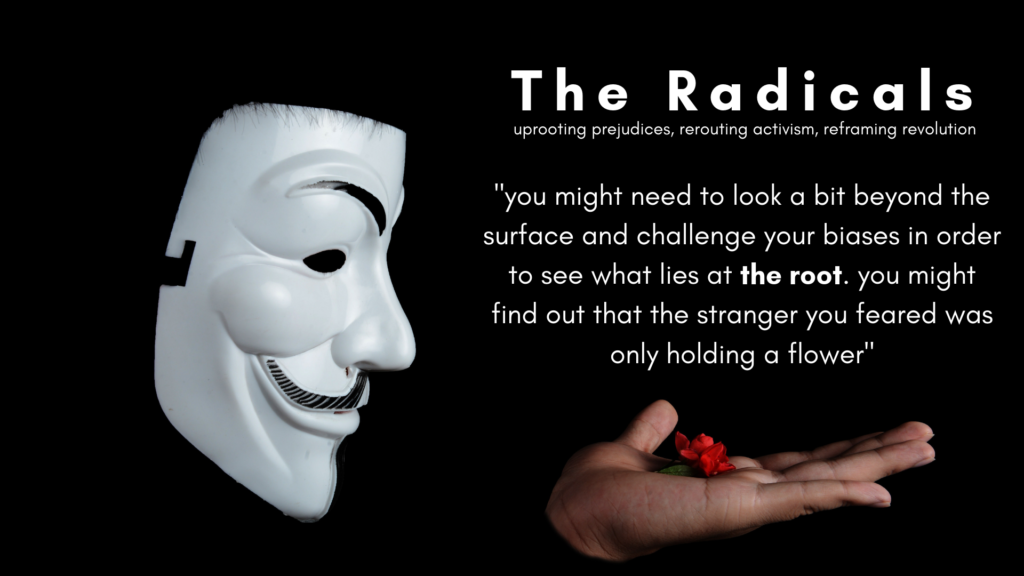 Starting with a simple etymological latin origin of the word, to be radical is to be root-oriented. In slang, the contraction of radical to ‘rad’ means cool or funky. However, language evolves in funny ways and words with one initial meaning mutate to have other meanings or come with significant baggage. Queer was used as a slur for the gay community yet it is a term that has been claimed by the community as a point of pride, to be different an integral part of the queer identity. Similarly, we want to reclaim what it is to be radical. We want to fight against the pigeonholing of radicalism into ‘aggressive protesting’ or ‘religious fundamentalism’, to fun, glorious reformers of all that is deeply messed up with the world. Thinkers and doers who understand big picture systems and reweave them from the bottom up. 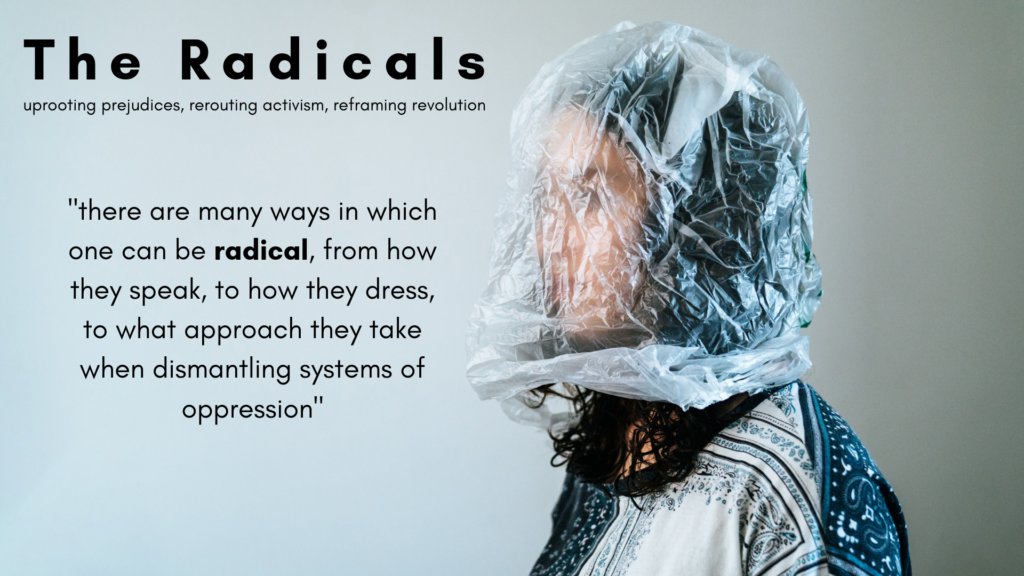 As a storytelling project, we also want to lionize radical doers and those on the forefront of current social movements, the more obscure the better, because we want to shine a light on those working in the shadows (as long as it’s consensual). We do not want to further back ‘hero culture’ that builds up individuals to celebrity status until they either burn or sell out.

We’re starting off with profiling of individuals because human interest stories are relatable and will more easily get this initiative well known, yet the long-term vision is to move onto radical communities, radical movements, radical ideas and so on. 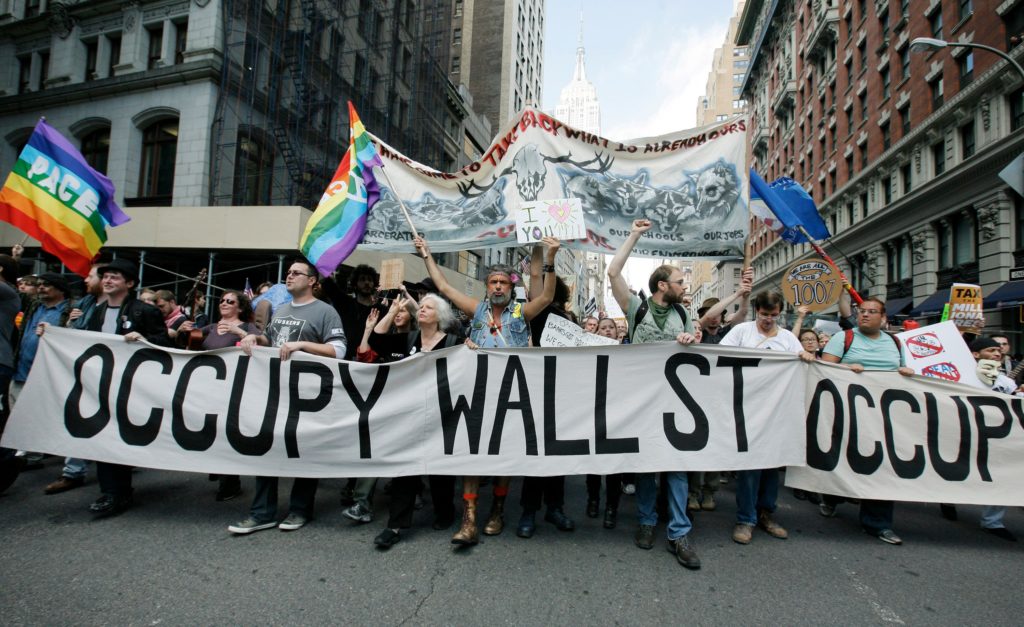 This is the usual (nice) picture of radical activists, but there are many more layers to the scene (May Day rally on May 1, 2012 in New York City Photo by Monika Graff/Getty Images)

To give you a little taster for what kind of stories we’re talking about, from our first cohort, we have Monika Sadkowkska an anti-extractivism activist from Poland who has been in the activism game for only 3 years. She is a trained theatre performer, and worked as an actress most of her life. A chance foray into direct action against the Polish government’s conservative stand against abortion got Monika fired into championing women’s reproductive rights and eventually led her down the path of using the acting training to lead, train and orate in the battle against dirty energy, coal mining and polluting corporations in her home country. Coincidentally, she performed in a dystopian version of Shakespeare’s Tempest where cataclysmic storms are brought about by climate change, yet the activist message of the play did not move her and in hindsight she now tries to find ways of creating art, performance or rhetoric that really stirs people into action.

In contrast we have Dan Glass who has been an activist as long as anyone can remember. A man seasoned in struggle and the need to stand up for the voiceless, disempowered and marginalised. Also, a creative powerhouse of wild, colourful and eye-catching strategies to shine lights where his opponents would like no lights shined. Even though I said we are looking to steer away from ‘hero culture’ and creating activist celebrities, Dan has already achieved mainstream notoriety, since supergluing himself to British Prime Minister Gordon Brown to draw attention to the ‘sticky issue’ of climate change. More recently Dan can be found launching powerful & imaginative critiques against the privatisation of the NHS in conjunction with ACTUP London. 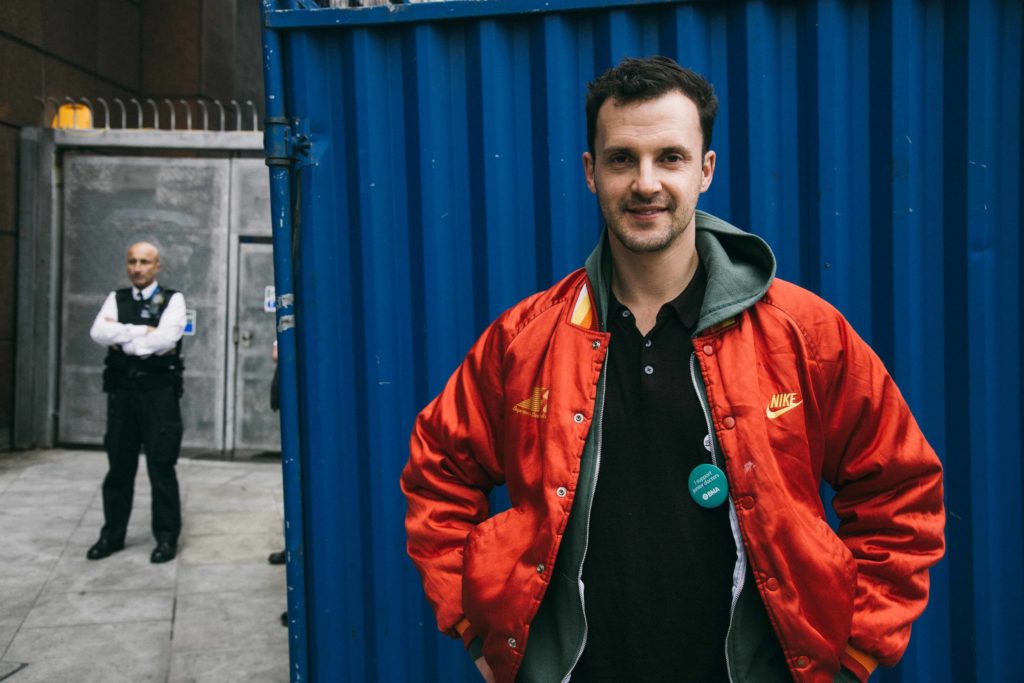 Our final desire is to inspire new generations of activists from all walks of life. This requires us to showcase the diversity that exists in activist communities, whether it is age, race, social & economic class, issue area, activism strategy, geography. Everybody has the capacity to shape their future, and after all, the best way of predicting the future, is to create it.

So, if I were to make a toast for the launch of The Radicals, I’d say: “may we move away from apathy or work in short-sighted silos and instead shift the narrative to systems thinking, tackling root causes behind global shitstorms and shaking established antiquated foundations with a bold, badass attitude. Onward. Rad.” 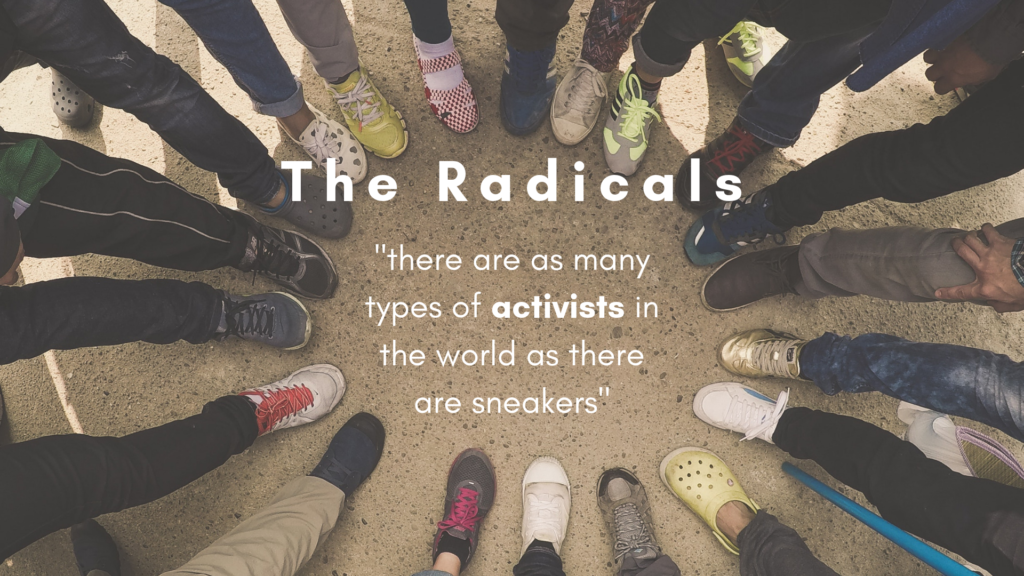