The Power of One
by Ivan March

The Power of One

Collective action is great, nay imperative in social movements, yet we often forget that much like societies, movements are made up of individuals, and a strong social movement doesn’t mow down individualism, instead it finds a way of celebrating difference alongside unity. Protest is powerful, and it is a way for people to publicly display concerns and desires, and one of the most important sources of strength a protest has is its numbers. The March for our Lives, a student-led protest in support of tighter gun control took place on March 24, earlier this year, and with over 800 sister marches across the U.S. and around the world it was one of the largest protests in American history. 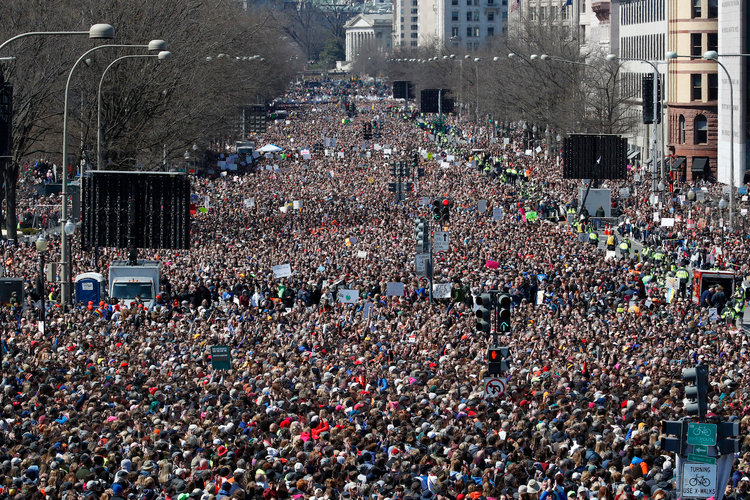 The collective energy for protest participants is intoxicating and an incredible inspiration tonic. Also, for those watching footage of human-flooded streets, the message resounds, traffic has stopped, people are standing for something and it feels important. However, for how long do these effects linger? Our short-term memory storage seems far superior to the long-term variety. However, when Parkland student Emma Gonzalez stood on stage in Washington DC, for those who watched this moment, it is still hard to forget. She stood on stage for six minutes and twenty seconds, mostly in silence because that was the amount of time it took the shooter to kill 17 people at her school in Florida the previous month. Yes, there is a sea of people, this carries importance, it carries weight, but the tears of Emma Gonzalez as she stands in silence, jaw-clenched in front of the crowd, that you take with you into the following days. The turnout for the March for our Lives was estimated to be between 1.2 and 2 million people in the US, yet I only remember one face. The power of one cannot be denied. 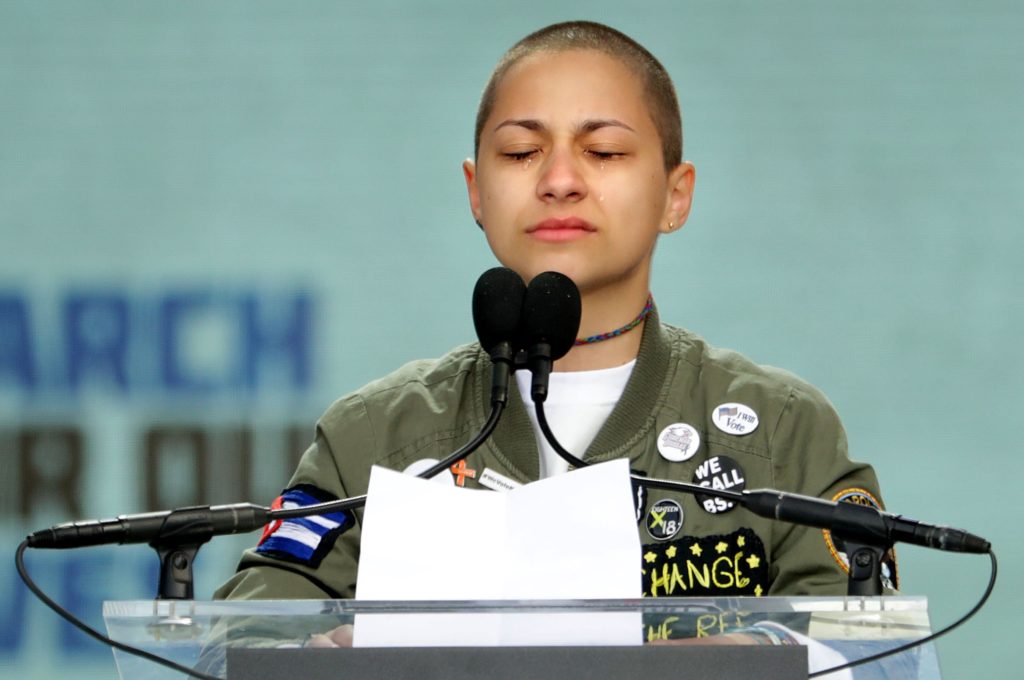 Human-interest stories have always been able to capture popular imagination, far more so than hard fact reporting. Going back a century, to the journalism around the First World War, a series of letters of soldiers on the frontlines, articulated the human impact of the horrors of war and hit home much harder than the official ‘party line’ dispatches printed by national papers. This is because human-interest stories are predicated upon empathy & relateability. 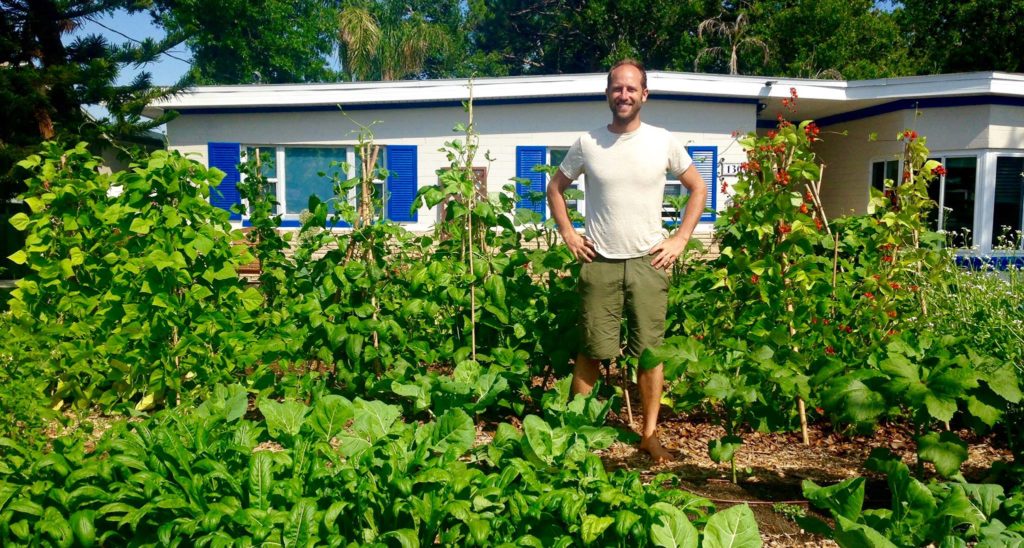 That has been the major asset of Rob Greenfield, a loveable ecoactivist from Wisconsin, who has tackled many environmental issues from food waste, garbage production, sustainable living, the tiny house movement, all via homemade videos, photos and posts on his social media platform. Rob currently has almost half a million followers on his facebook page and to just put this into perspective, that is approximately 150,000 more followers than OXFAM Great Britain and just about the amount of WWF UK, two very large NGOs with hefty annual budgets and dozens of employees. Therefore, the influencer potential of this individual, at least for awareness raising equals or far exceeds that of large, multi-staff organisations, and this is most likely because however exemplary their work can be, it is quite impersonal. There is no human face and name that we can relate to, that we can rally behind, and it is all too human to have this need. An average Joe, just like you and me is going about changing the world, and of course effective copywriting helps, since Rob’s first initiative and later book was titled “Dude Making a Difference”.

Simply because we have elevated vapid airheads like the Kardashians to pedestals, whether or not we actually respect them matters little, for the commodity so many of us offer them is our attention. Attention in a digital world is easily monetized. So attention quickly becomes a reflection of what we value, what we choose to spend time on. Therefore it is imperative that we populate the airwaves, TV waves and internet waves with role models of substance. Rob has cycled across the USA twice on a bamboo bicycle and lived off the grid in a 50 square-foot tiny home in San Diego before auctioning it and raising enough money to build 10 tiny houses for people with no homes. He currently owns just 111 possessions and donates 100% of his media income to grassroots nonprofits. Kim Kardashian also harnessed the power of social media to sell her latest line of fragrances Kimoji Vibes, Kimoji Cherry, and Kimoji Peach. She reportedly made $5 million in just five minutes while spending zero money on advertising and using solely social media for this fragrance rollout. Luckily she put her earnings to good use when she bought a $120,000 Swarovski-encrusted rocking horse broach, and a  $170,000 Louis Vuitton Teddy Bear. While Kim and Rob both compete for our attentions, they propagate some very contrasting narratives, that we as consumers of information then either choose, to propagate further or terminate for good. Movement leaders are often critical of hero-culture, and the excessive glorification of champions no matter the worthy cause. However, they oftentimes throw the baby out with the bathwater, since some champions are humble, low key and ‘in it’ for the right reasons that are not vainglorious. Role models can be help galvanise movements, propel narratives and amplify messages, they always need to be given the benefit of the doubt otherwise we are missing out on formidable allies & thus doing a disservice to our movements. 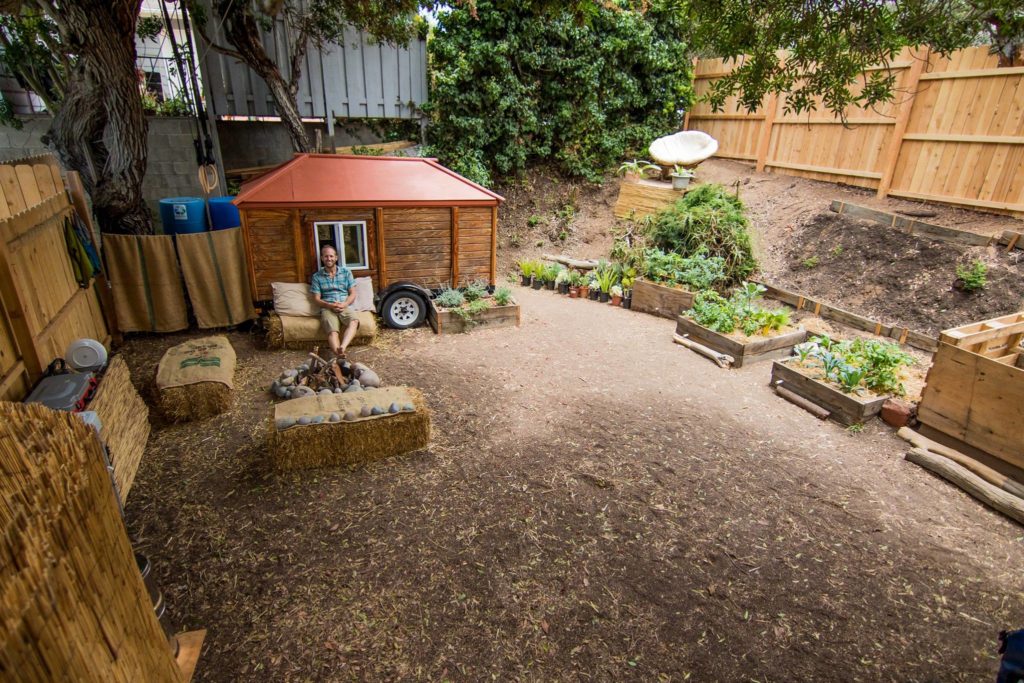 More than 27,000 deaths by drowning of refugees in the Mediterranean have been recorded since 1993, which means that thousands of people had drowned and much of this was reported yet to generally deaf ears. Until that is, a single photo of a three-year-old Syrian boy, his face in the sand, circulated around the globe in September 2015. International responses, at least public statements climaxed in the wake of these images. All those thousands suddenly had a representative. Much like Emma Gonzalez, Alan Kurdi stood for all those nameless statistics and the fact that his face is not visible in the picture, drives this point of namelessness across all the more. 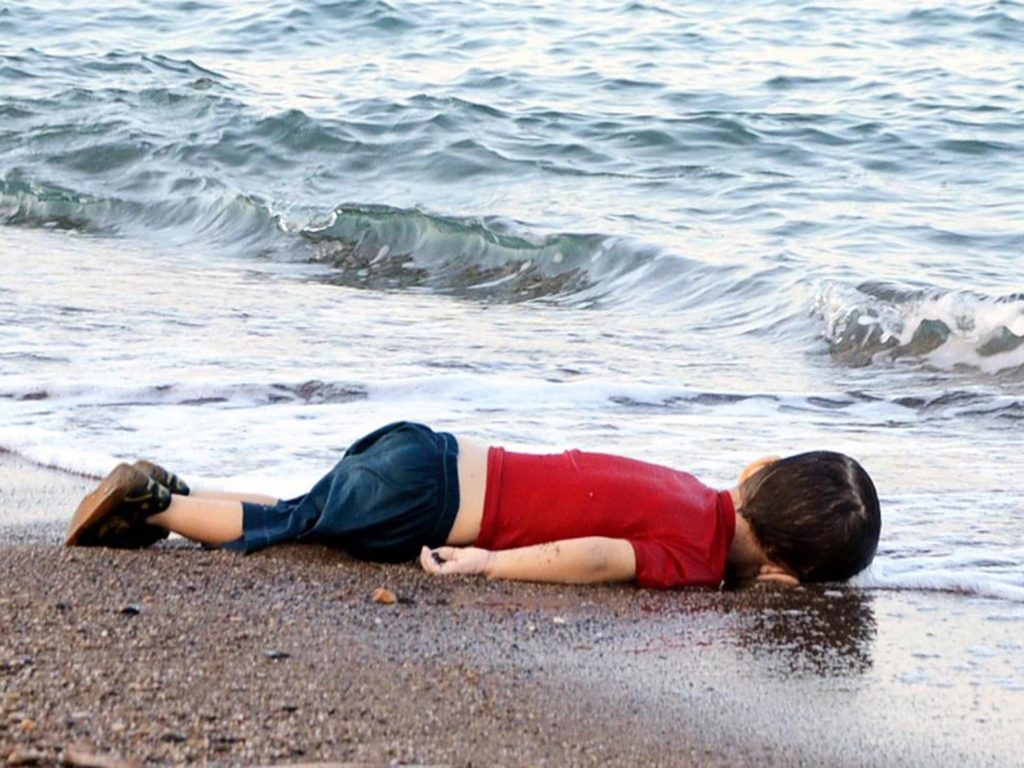 Similarly, in environmental movements, stats have been tossed around for decades, yet the behavioural patterns and dirty policies persist. “Roughly one third of the food produced in the world for human consumption every year – approximately 1.3 billion tonnes – gets lost or wasted.” Instead of relying on facts, no matter how dire or accurate, Rob focused on his ability to relate to get people talking about these issues. He went dumpster diving across the US and arranged all the salvaged, edible food in grassy patches of local parks, took pretty pictures and then gave it all away to people who wanted it. 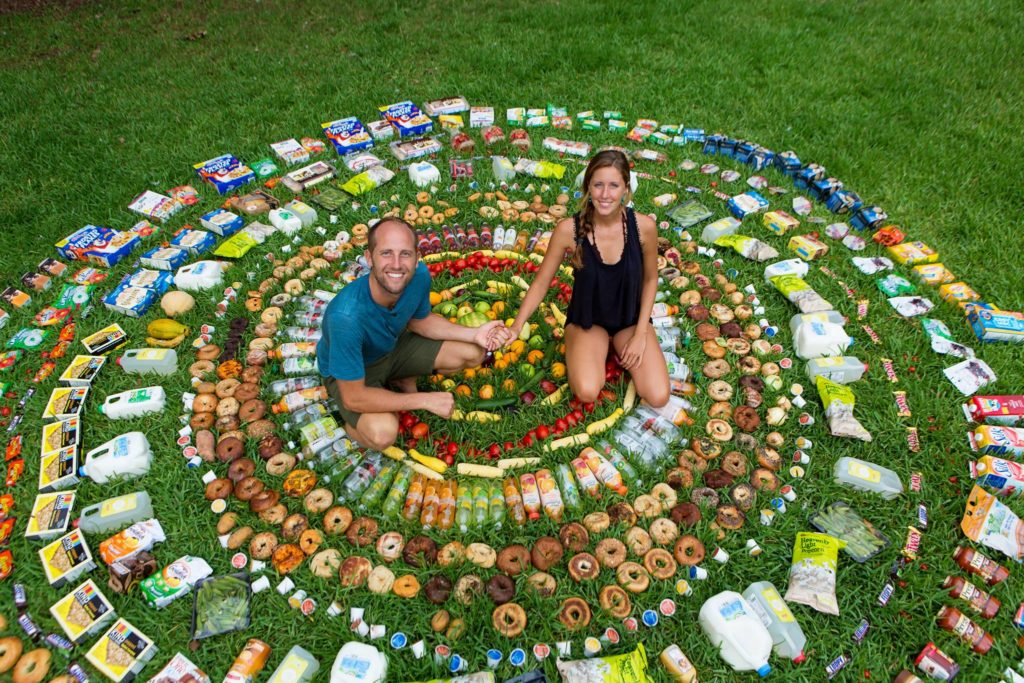 Similarly, the reporting goes, “every year, the United States generates approximately 230 million tons of “trash”–about 4.6 pounds per person per day. Less than one-quarter of it is recycled; the rest is incinerated or buried in landfills.” Numbers and quantities mean very little to people, they might sound like a lot, but the grasp on what that actual means is tenuous at best for all of us who do not work at weighing stations. Therefore Rob decided to depict garbage production visually in a custom-made sumo suit. Coupling the photos with video, explaining the thinking behind this initiative and how he got there, it was funny, memorable and further encouraged people to start talking about how we manage our waste. 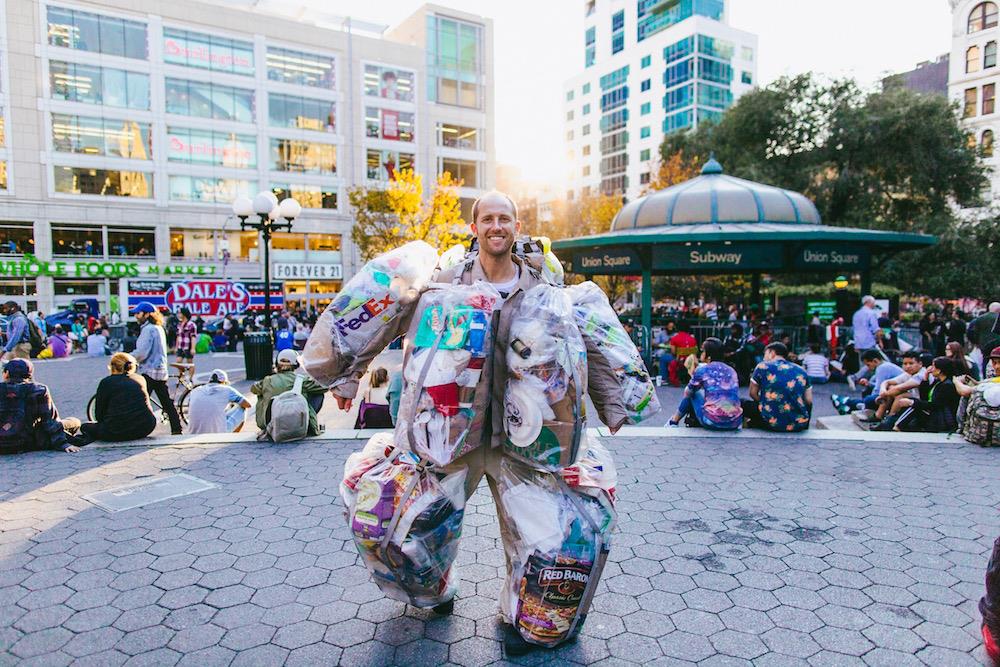 Aesthetics at a time of near-universal recording capabilities are proving to be an unexpected game-changer. Having worked with Rob on some Guerrilla co-produced videos about great, zero waste practices in Europe, we saw the power of DIY videos. Very low budget videos, with a total cost of around $1,000 have garnered millions of views. This one about a second-hand mall in Sweden surpassed 11million views, meaning that each view cost about $0.00009, which is the absolute pinnacle of cost-effectiveness in the campaigning world. However, Rob made an interesting deduction, he found that when there was a slightly larger budget available to make more polished looking videos, with a steady-cam and high resolution, the videos did not gain as high traction as the DIY, shaky, handheld phone cam vids. Rob’s guess was that ‘people respond to authenticity, they see that it is not staged, or at least it doesn’t seem that way. If people recognize that anybody could be capturing this footage than it becomes more real and so they become more likely to share it”. When we are flooded with fake news, authenticity becomes a very highly sought after commodity. 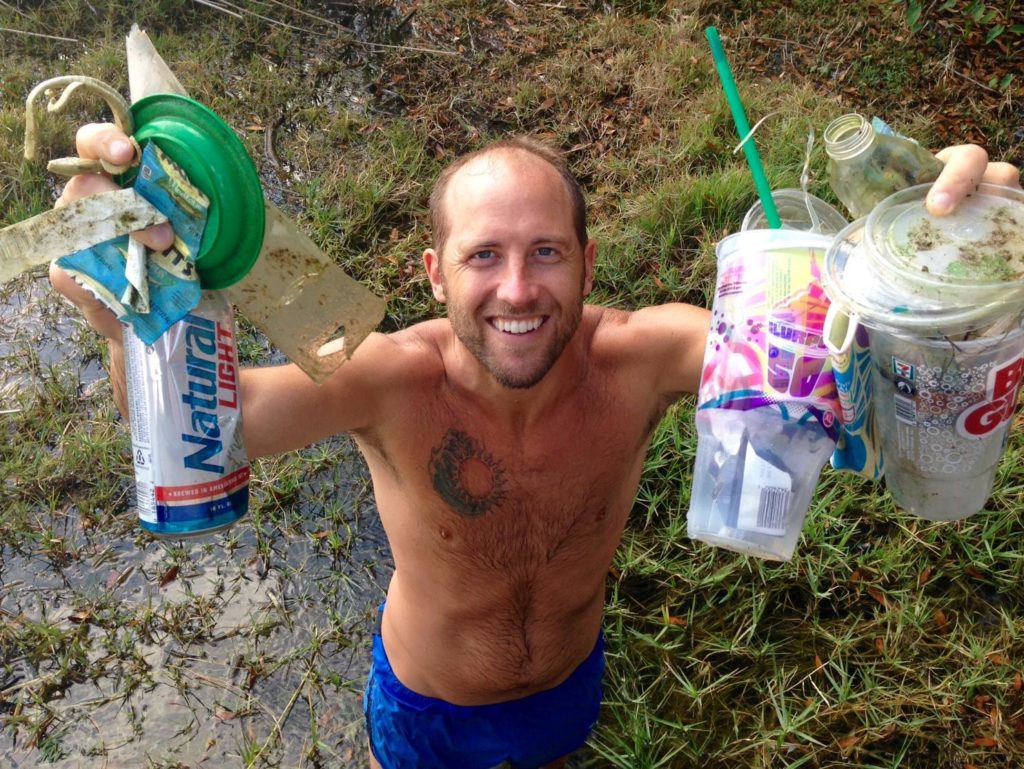 My message to movement leaders is to try and support good role models, to work with them and not against them. To put ego aside and allow some individuals to shine if they so choose, for individuals working on the same side can never diminish a movement, they are the movement, for you can stand out in a crowd and still be a part of the crowd.

My message to the storytellers out there is, if you’re good writer then you ought to have a healthy interest in people, which means that you can find stories about interesting people that other people will be interested in, so make them count.

The Dark Side of Environmentalism
by Ivan March