How to Stage a Climate March – Part 1
by Ivan March

What to Bring to Your Protest

Organising a successful protest is no picnic, though protest picnics are definitely a solid tactic to improve protestor satisfaction and endurance. There are some magic ingredients that can seriously improve the turn-out, the overall vibe & ultimately the societal impact of a protest, and sharing these recipes is a timely sport. Lately, people are starting to take to the streets in unprecedented numbers, in the US the current climate has been labeled the Golden Age of Protest and in Europe with Extinction Rebellion, Fridays for Future, Women’s Marches and countless others, the state of affairs is similar. 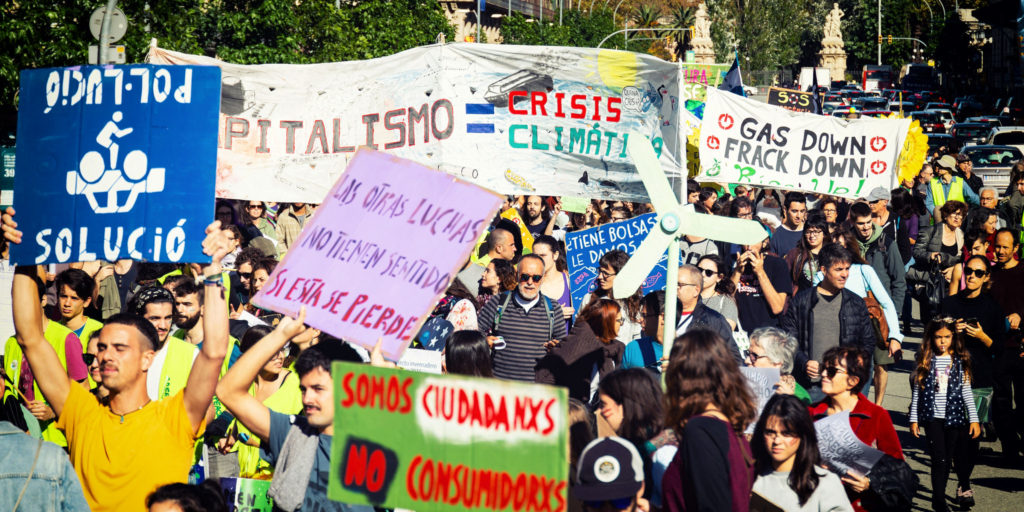 A few months ago, more than 3,000 people took to the streets in the most colorful, creative and inclusive protest that Barcelona has seen in many years for the Marxa Pel Clima. The march was brewed with principles of intersectionality and arts-based movement building to create a friendly space, inviting to everyone, especially those-not-yet-identifying-as-activists to collectively confront the climate crisis.

You can make or break a picnic based on what you bring and the same goes for a protest, so these are some of the crucial cornerstones of stuff to put on your protest to-bring list:

We’re starting with a no-brainer. It would be like going to a picnic without a picnic blanket. The protest needs a backdrop, punchlines of the essence behind why people have gathered in the streets. Easy to read, contrasted text with a variety of sizes, shapes, colours and most importantly humour to capture gazes & win over onlookers. 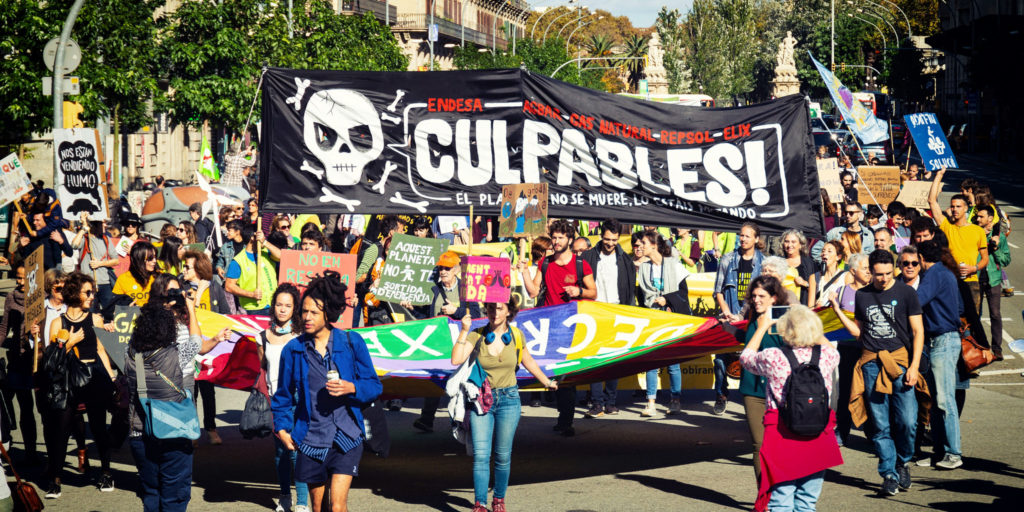 You want people to hear you. Yes, silent vigils can be extremely powerful but that’s just one tactic. Generally you want to communicate with the protesters, bystanders so as to try and involve them and oftentimes the police when they show up. Good sound amplifying equipment will go a long way to getting your point across. 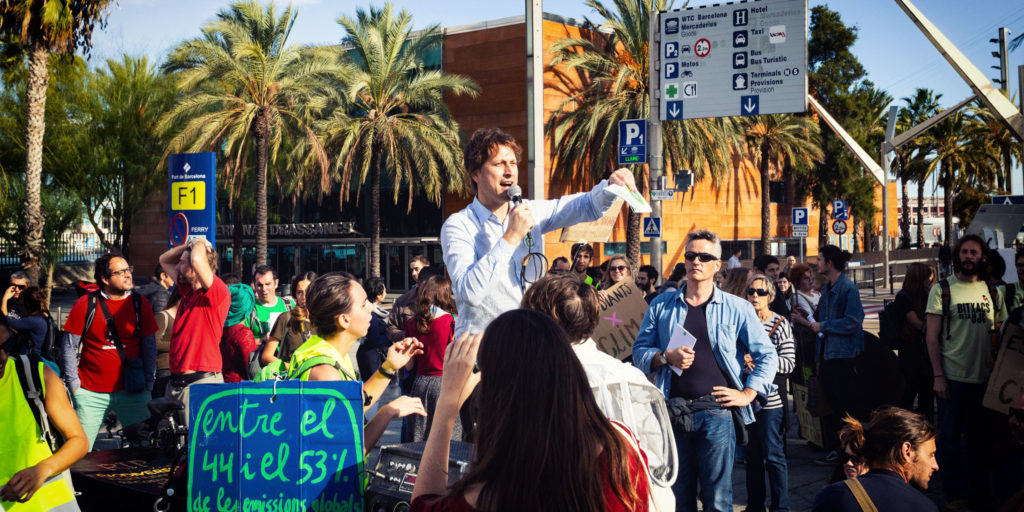 Aside from being immensely aesthetically pleasing, bikes are symbols of healthy, zero-carbon transportation. They’re nifty work-out machines, that get us from point A to point B while keeping us fit and not emitting greenhouse gases nor noise pollution. They can also come in handy if anyone in the protest needs to get somewhere faster than they would on foot. Extra points for pimping out your bike with verdant vegetation. 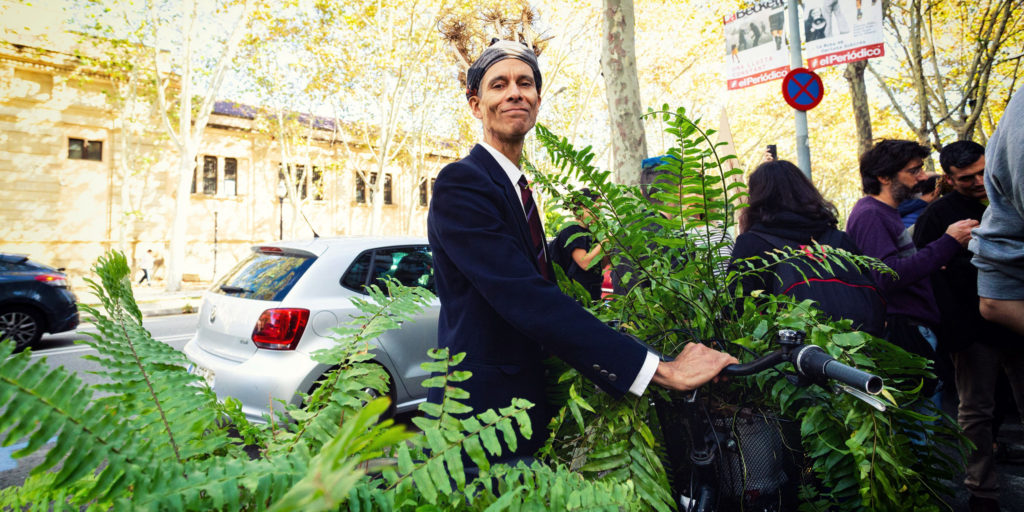 Carnivals are popular for a reason. They’re big, bright, loud celebrations of life, creativity and expression. A staple of carnivals are floats, decorated platforms that represent something important to the parade, either built on a vehicle like a truck or in this case a bicycle. Kids love big floats, so if you want to kids enthralled pulling their parents to your protests, emulate Rio and make a float. 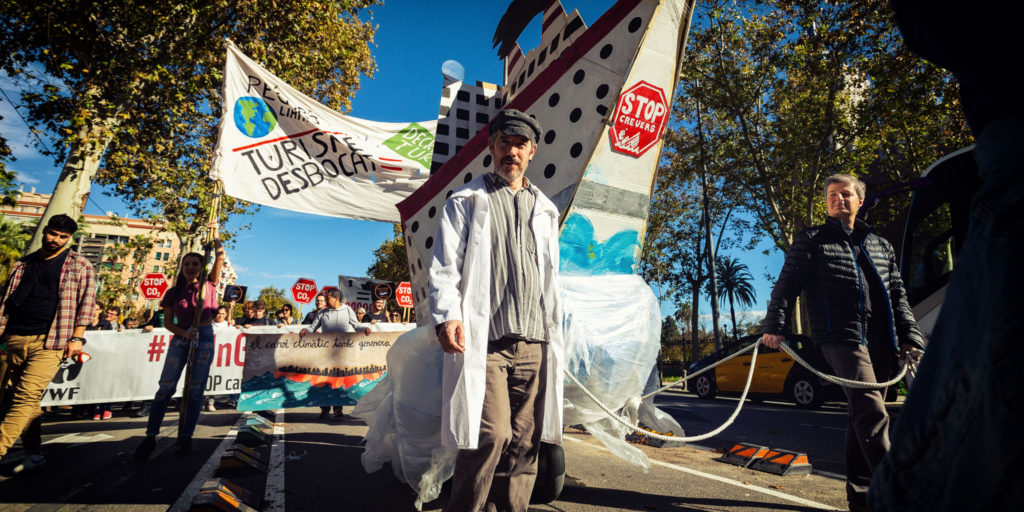 Not quite a float but a big, eye-catching prop that makes for good post-protest photos. The symbol of extractivism, it is good to hold up the enemy for everyone to see, for everyone to know what it is that we want to prevent – no-to-pipelines? Good. Don’t just tell, show.

Every good protest needs good music and good music is best served with good sound. High quality speakers that are portable and shock/water resistant in case of falls & rainshowers are a protest must. Flash mobs needs music, spontaneous dancing needs a funk or disco beat. Protestors need to get the blood circulating, people need a break from marching/standing and nothing attracts attention quite like blasting Donna Summer. 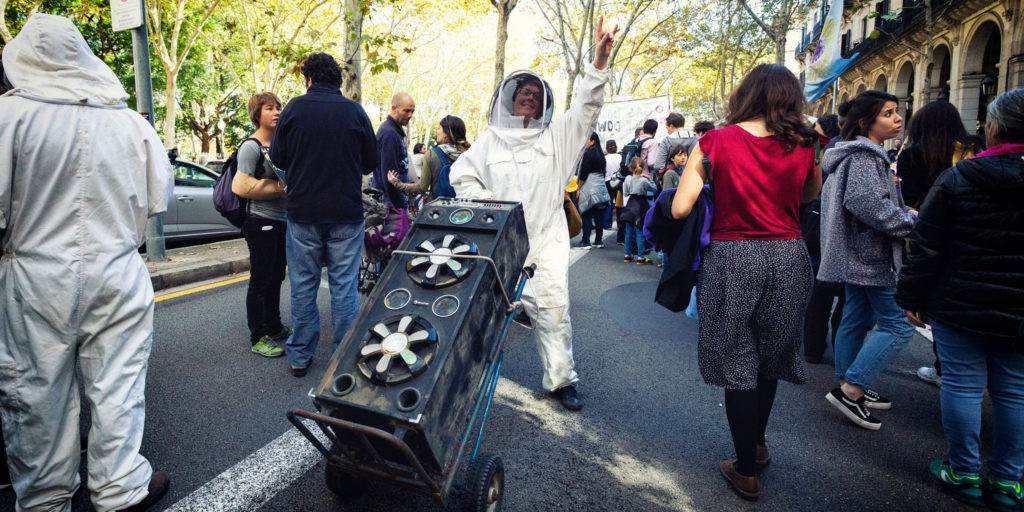 7. Bring the Drums (acoustic never goes out of style)

While the disco tracks are important, especially when people are marching, percussion is a major gamechanger. Drummers breath life and vitality into a march and people will talk with more synchronicity, alignment and a spring to their steps when accompanied by beating drums, there’s a reason this old school military tactic survived for centuries. 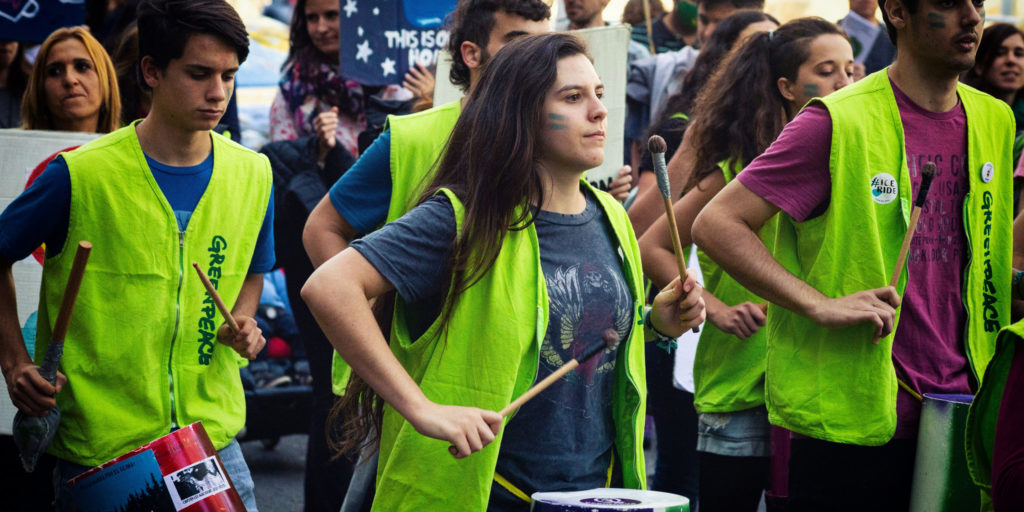 It is light, colourful and attention grabbing. Much like the floats, papier-mâché constructions really elevate a march. Making them is a fun activity for activists pre-protest, it can be a community-building activity and once again children love large, light, easy to carry props and will be more likely to force their parents to march if they have toys. 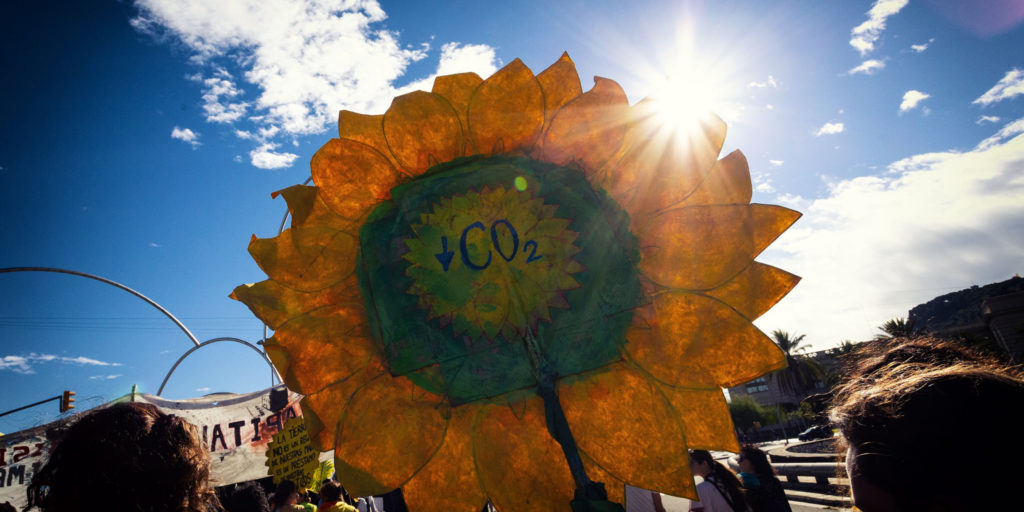 Aside from attracting the hippies and the gays, bright colours create a friendly, happy, celebratory ambience that is contagious. Colours curb any notions that a protest is an angry, scary, mob on the prowl, rather the embodiment of rainbows, unicorns and Technicolor candy. 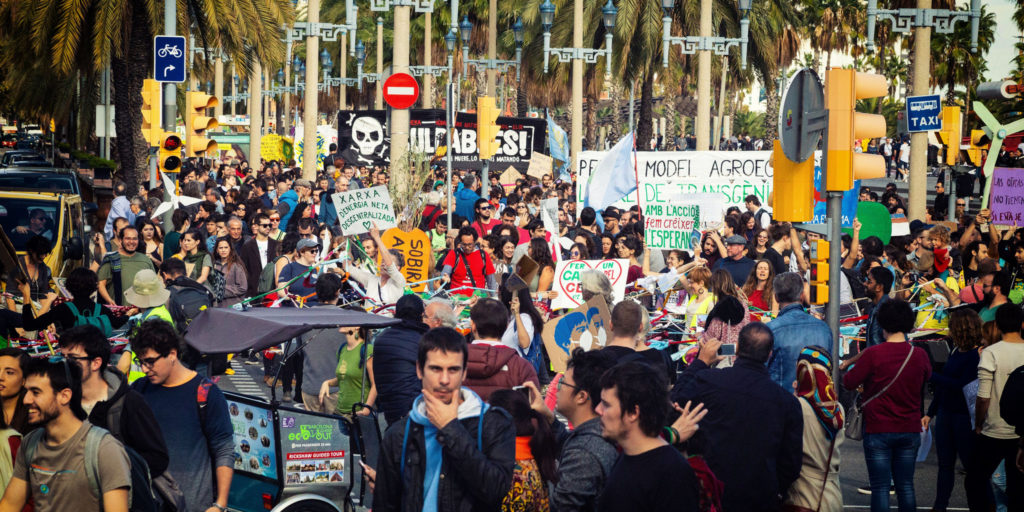 Costumes add to the fun. And the whole point is to have fun which fighting for social & environmental justice. While costumes add a shot of whimsy to the whole affair, they can also be constructive and political, like a DIY solar-panel-man outfit that adds to the renewable energy solution the march proposes. 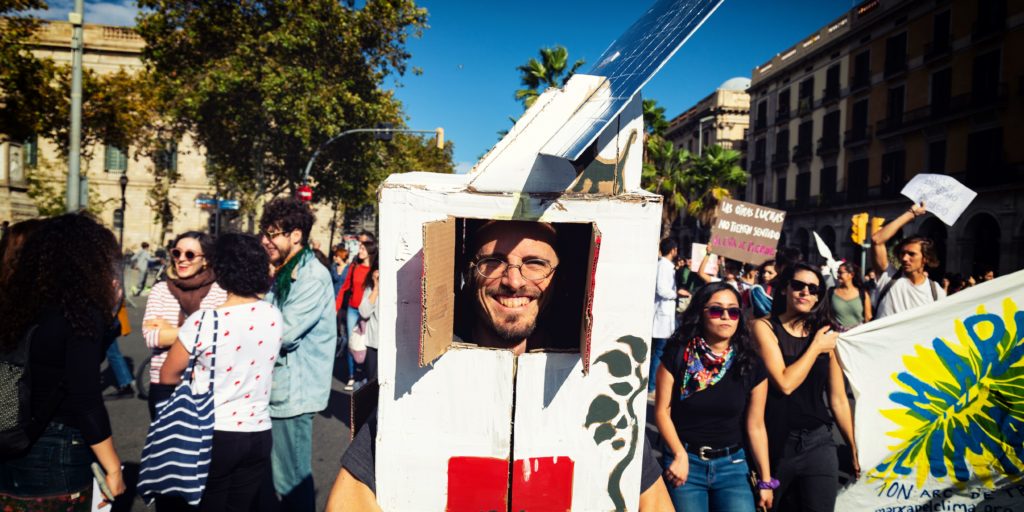 Fun and games are essential but so is scientific, evidence-based, stone cold facts. Brining an academic poster or two with some easy to digest, essential facts and figures shows that while we’re happy to clown around we also know our shit and can provide proof for our claims regarding climate chaos or whatever issue it is you are marching for. 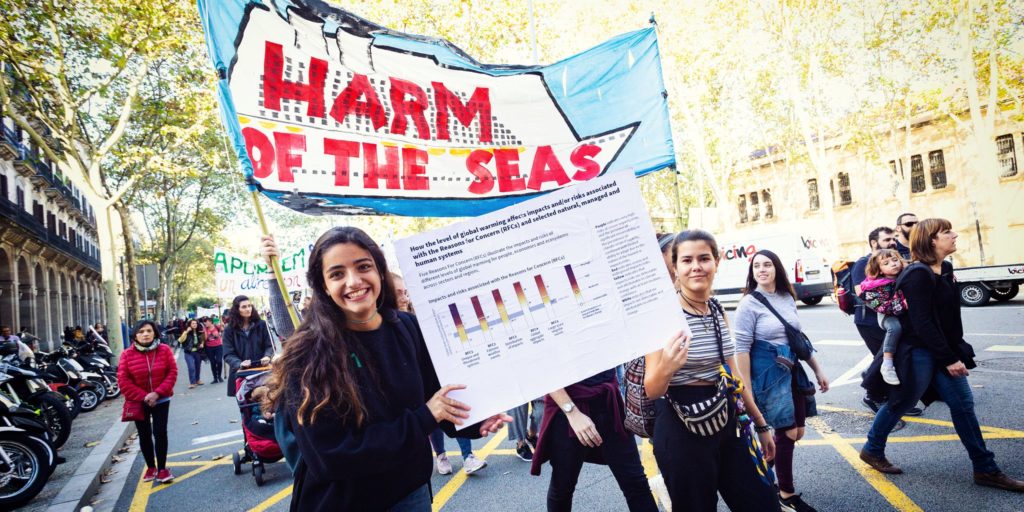 Of utmost, utmost, utmost importance. Smiling is contagious and is reflective of the kind of community & world we want to birth. Being friendly, warm and inviting is essential to any movement that wants to promote inclusion, solidarity and a familial connection with those who are already a part of it and those who might want to be. Just listen to Judy Garland’s advice and know that “If you smile, through your fear and sorrow. Smile, and there’ll be tomorrow”. 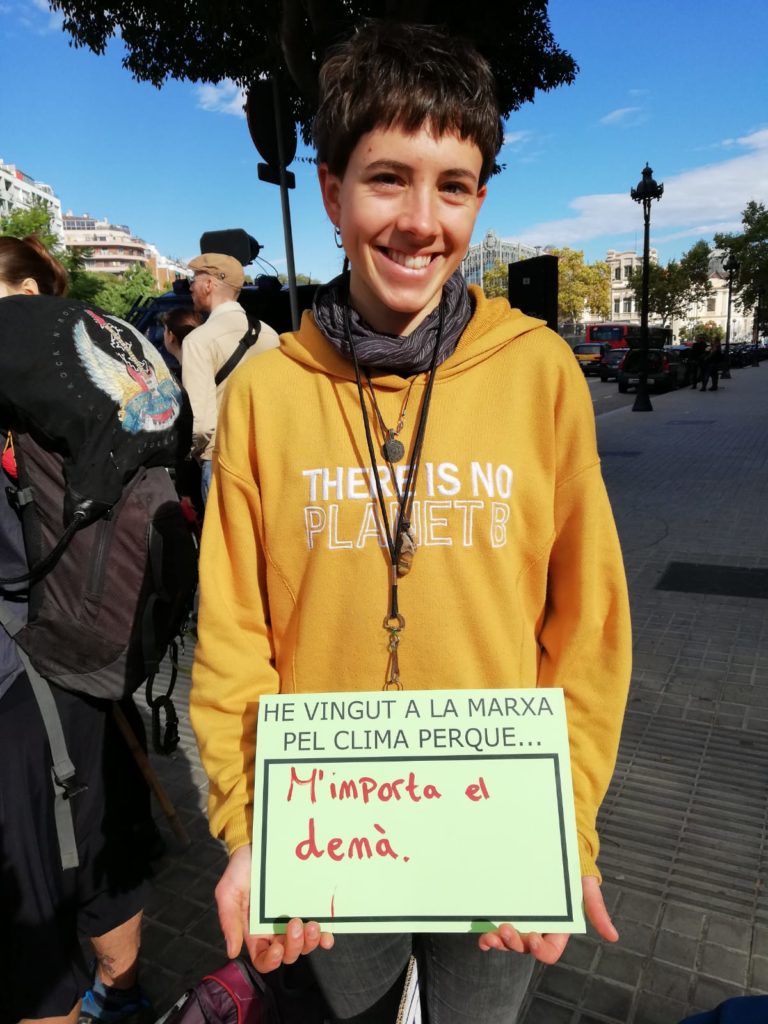