Shareable is a nonprofit media outlet & action network that uses its global communications platform to empower activists, organizations, and municipalities to share for a more equitable, resilient, and joyful world.

“How do we respond to natural disasters? What comes to mind? Large relief organizations like the Red Cross? Or perhaps the Federal Emergency & Management Agency? Well, those images are certainly part of the story — but they’re not the whole story.” In the first season of their new podcast series, The Response, the Shareable team shared a perspective that isn’t extensively covered in the mainstream media. Specifically, they asked the question: how do communities come together in the aftermath of disasters — often in the face of inadequate official response — to take care of each other?

Climate-fueled disasters are radically transforming the world we live in. Every year we see more deaths, more people and communities displaced, and more damages costing billions of Euros over the past decade. This new reality has been a wake up call for many people. The severe storms, wildfires, inland floods, crop freezes, droughts, and tropical cyclones have touched nearly everyone around the world in one way or another — and things are only going to get worse. 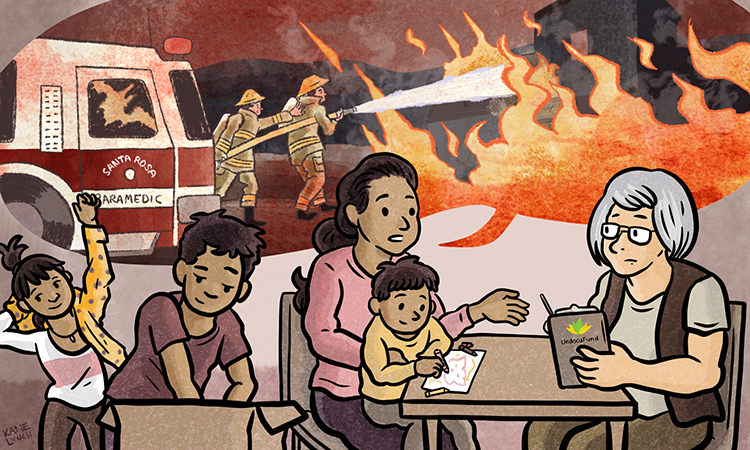 News coverage routinely underplays the central drama of these disasters — and the coverage that does exist often lacks the systemic analysis necessary to truly understand and address these crises’ in a real way. Despite the mainstream focus on top-down forms of aid, more often than not, it’s the people living in the affected communities that, despite all the obstacles, rise to the occasion to save lives and reduce suffering. This formation of a community of care often evolves beyond immediate disaster relief into something deeper and more long-lasting. This phenomenon of communities coming together after disasters is what the author Rebecca Solnit describes as disaster collectivism, “the sense of immersion in the moment and solidarity with others caused by the rupture in everyday life, an emotion graver than happiness but deeply positive.” 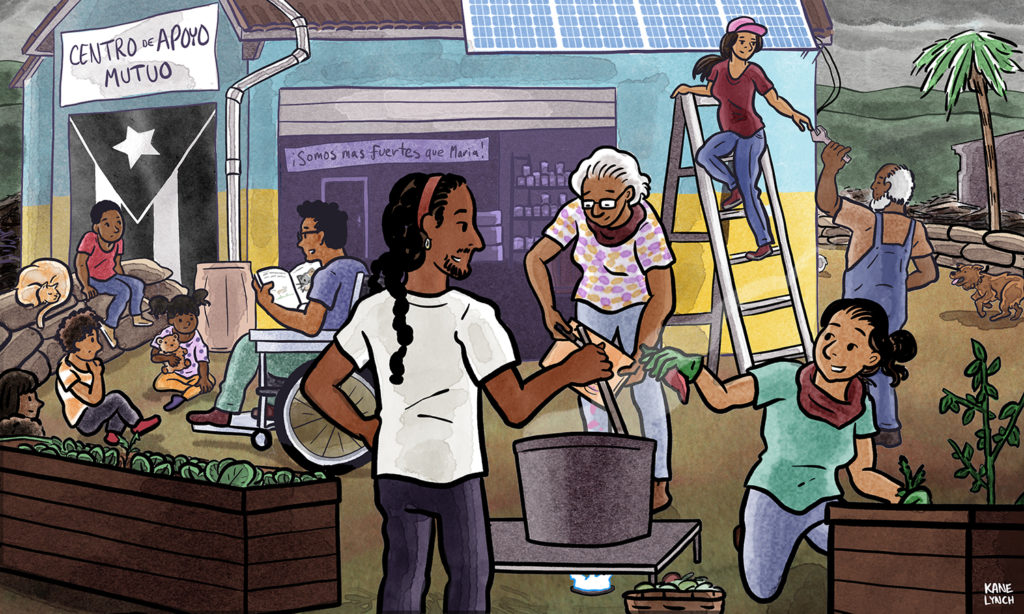 In case after case it is this sense of community and solidarity that emerges heroic in vulnerable communities that cannot rely on official aid — communities like those in Puerto Rico or the poverty-stricken Rockaways peninsula in New York City. Disasters don’t hit all communities equally, and without social intervention, the contours of these environmental disasters and social crises will always reflect pre-existing divisions — which are often shaped along race and class lines.
Because of this, the Shareable crew believe that one of the most important technologies to be deployed is social technology: closely knit, organized, and empowered communities that are “not only more resilient during catastrophes but that are better able to demand the resources they need to not only survive those acute disasters, but to thrive on a daily basis.” 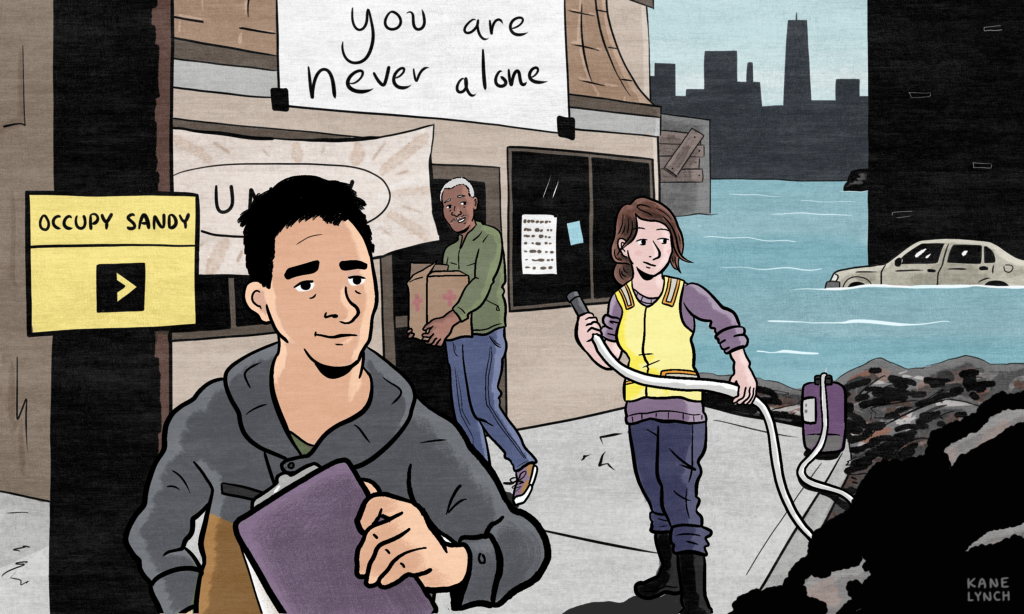 The Response is a podcast and documentary series exploring remarkable communities that arise in the aftermath of disasters. Spanning the globe, each episode takes a deep dive into a unique location to uncover the under-reported stories that are hidden just beneath the surface of extraordinary events. After a terrific first season, with 3 episodes, each focusing on a different place and disaster, our grant goes to the production of season 2, which also consists of 3 new episodes, which you can listen to below. Even though our funding is nonrestrictive and goes to the production of this second season, the 5k EUR grant approximately covers the production of one episode (approx. cost 7.5k EUR), and since our geographic focus is Europe, it is episode 5 concerning the Grenfell Tower fire, that falls most neatly under our grant-making directive.

Enjoy! and remember that independent journalism needs your support, so if you like what you see and hear, you too can support Shareable’s kickass work here.

The Response podcast episode 4: Fighting misinformation in the aftermath of the Mexico City earthquake 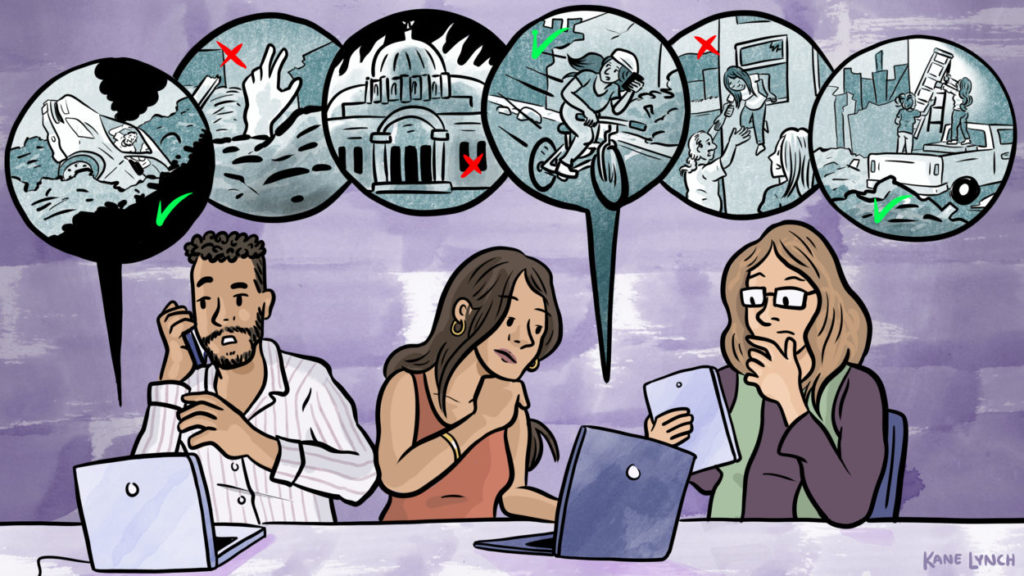 The Response podcast episode 5: Inequality, structural racism & the fight for justice after the Grenfell Tower fire 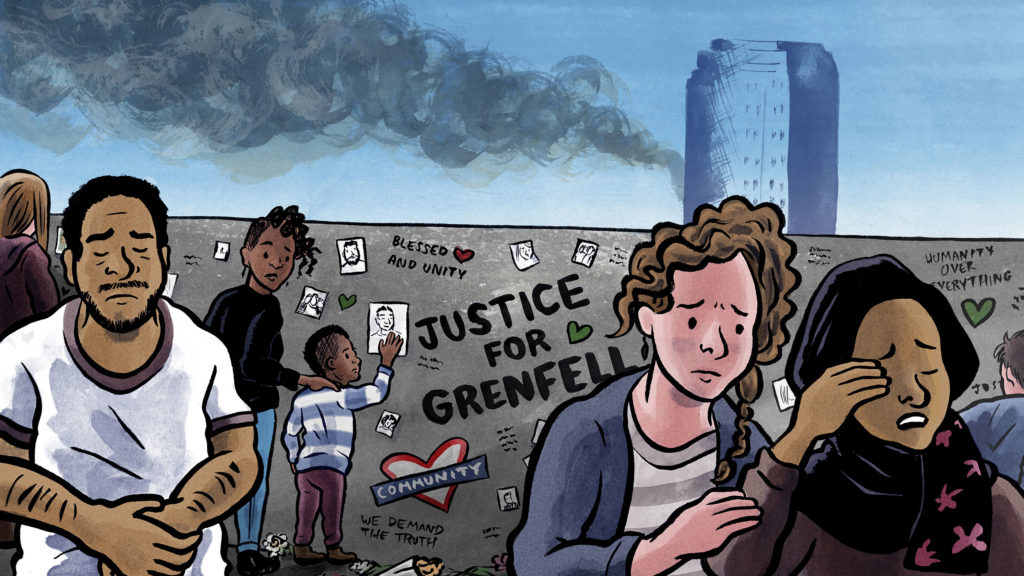 The Response podcast episode 6: Reimagining Paradise in an age of climate disruption 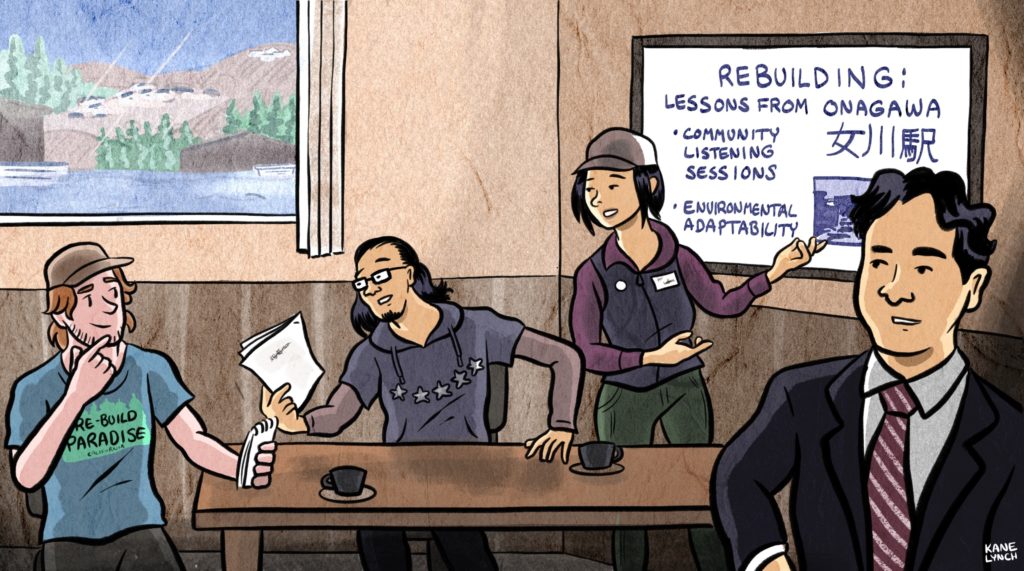 And check out the mini-doc that was produced in connection to episode 2 from season 1, How Puerto Ricans are Restoring Power to the People:

And just to show-off a bit their cool resume, since over the past 9 years the Shareable crew have accomplished quite a few things, including:

– Catalyzing a global ‘Sharing Movement’ reaching millions of people through their publishing, community organizing, and policy work
– Publishing over 4,500 stories, how to guides, and organizing resources (licensed and shared under creative commons)
– Providing seed funding to over 50 new sharing initiatives/programs and advising to over 300
– Hosting, facilitating and/or co-organizing over 200 sharing events around the globe
– Publishing 5 books including last year’s “Sharing Cities: Activating the Urban Commons”*free pdf available
– Creating “The Response” documentary podcast/radio show
– Publishing the first policy guide for the “Sharing Economy”
– Advising policy makers all over the world (Seoul, Bologna, San Francisco, Fort Collins, etc.)