Examining the intersection of politics, technology, and society, Disruption Network Lab exposes the misconduct and wrongdoing of the powerful. 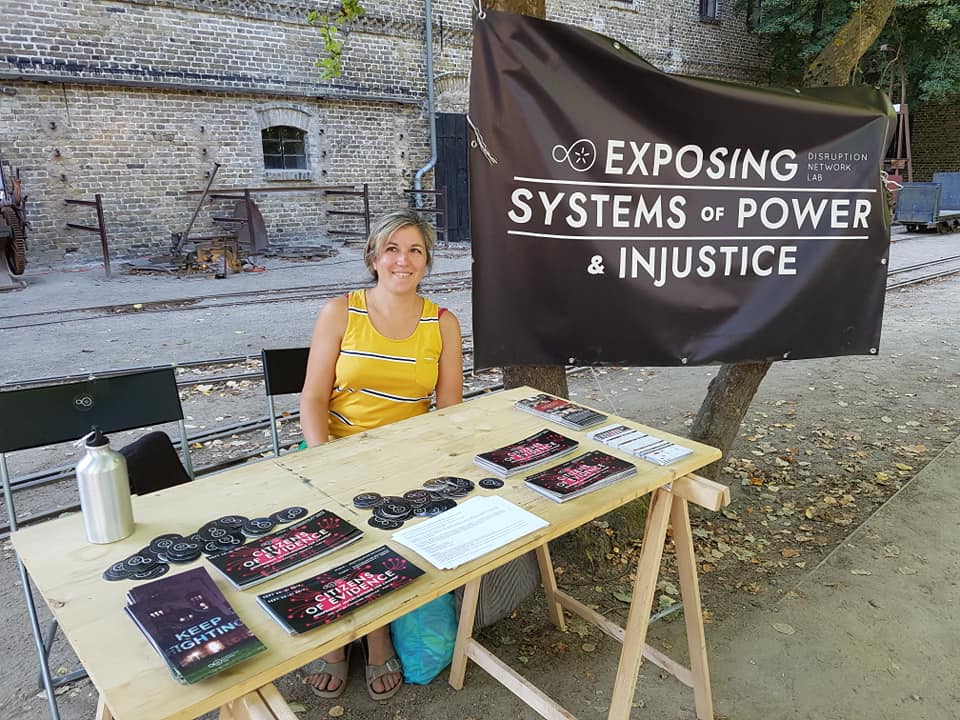 The goal of the Disruption Network Lab is to present and generate new possible routes of social and political action within the framework of digital culture and information technology, shedding light on interventions that provoke political and social change. They offer a platform of discussion for whistleblowers, human right advocates, artists, hackers, journalists, lawyers and activists to present their experience, their research and their actions – with the objective to share ideas and visions for a free Internet and a modern democracy, and with the aim to strengthen human rights values and freedom of speech.

Through the combination of conference series and their ongoing community program, the DNL focuses on creating a solid space for critical questions and discussion, in which socially relevant topics can be discussed and shared together. 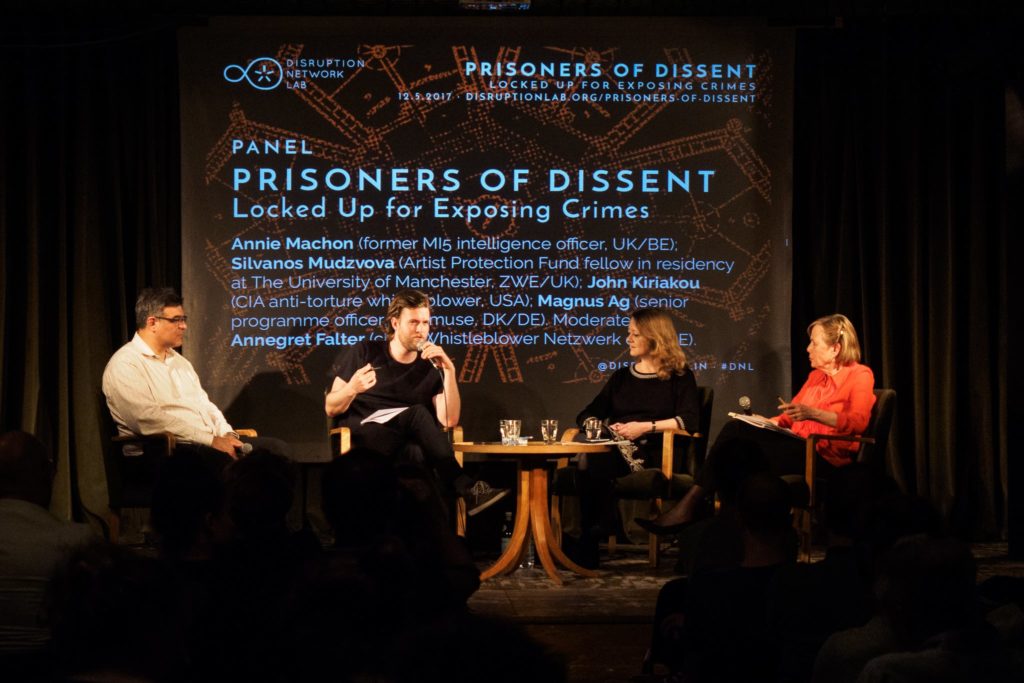 Since the inception of the Disruption Network Lab, have the work has been developed with great attention to diversity in the team, speakers and audience. Team-wise, two women directors spearhead the show, and their projects managers have all been women since 2014 (except one hired this year) with a background in art, activism, technology and culture. They always curate the conference and community program taking in consideration the inclusivity of gender, nationalities and cultures. The goal is always to tackle the topics they work on from different sociopolitical, geographic and cultural perspectives. 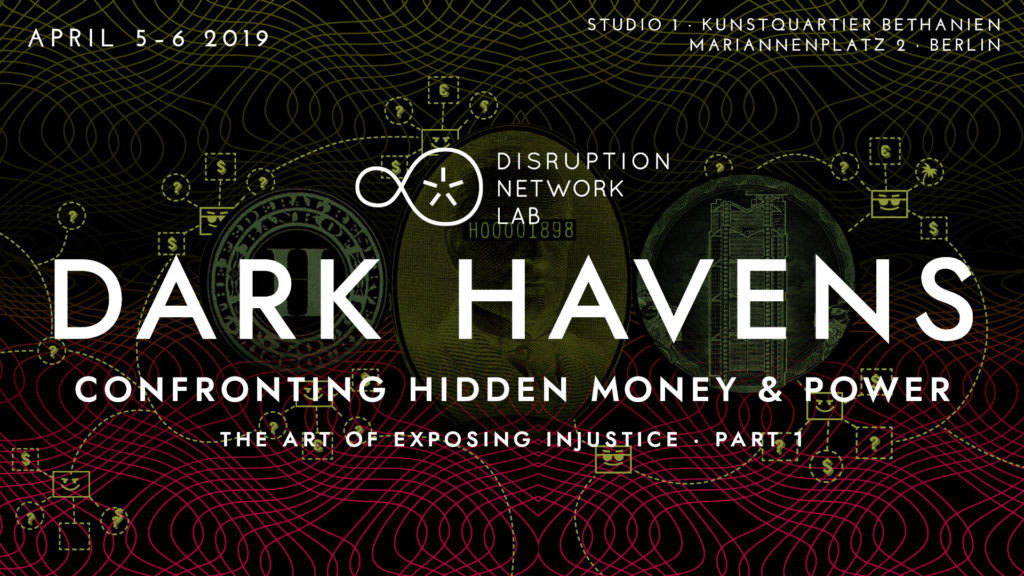 In DARK HAVENS, the last panel at the conference was dedicated to the stories of women suffering the consequences of their anti-corruption activities. It focused on the personal impact of investigative journalism and whistleblowing for those who expose offshore corruption and tax havens. The panel started with the video “Daphne Caruana Galizia. Anti-Corruption Award Winner 2018” directed by David Velduque, followed by Turkish journalist Pelin Ünker; French whistleblower Stéphanie Gibaud, who revealed tax evasion and fraud by the investment bank UBS; Khadija Ismayilova, Azerbaijani investigative journalist and radio host well known for her reports on corruption in Azerbaijan. Due to a travel ban and house arrest, Khadija took part in the panel via video. 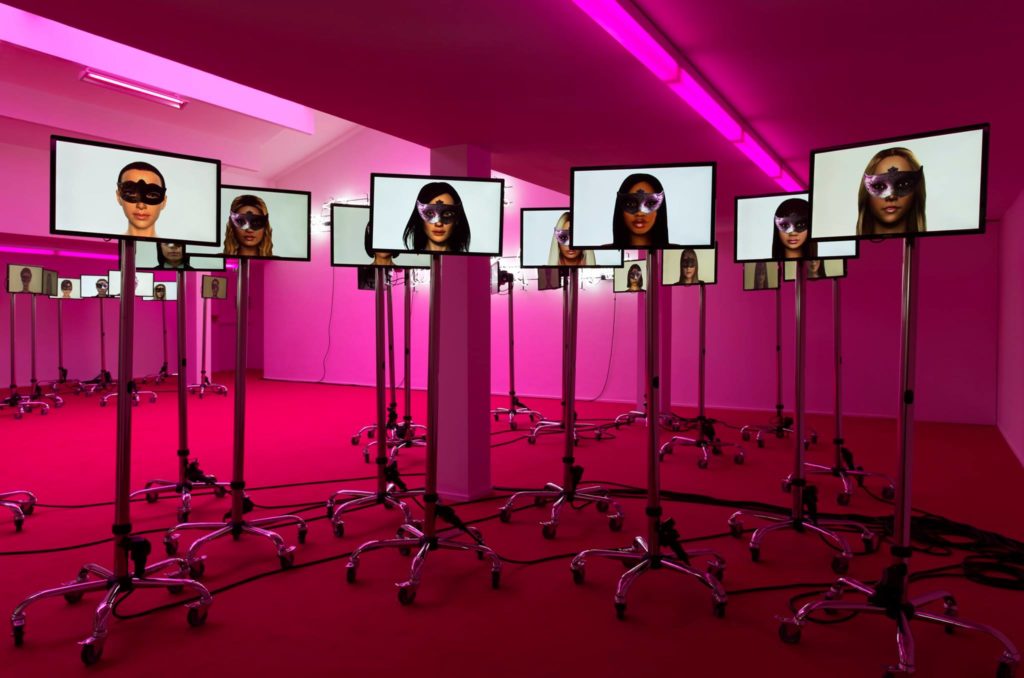 In preparation of “AI TRAPS: Automating Discrimination” conference of June 2019 they organized a community meet-up “AI Threats On Queer Bodies” with XenoEntities Network. XenoEntities Network is a platform for discussion and experimentation focusing on intersections of queer, gender, and feminist studies with digital technologies. They discussed how surveillance and dataveillance had a normative effect on bodies who do not conform with the binary-constructed reality that the algorithms are trained to function accordingly. Thus, these algorithms perpetuate classism, homophobia, sexism, racism, and transphobia. 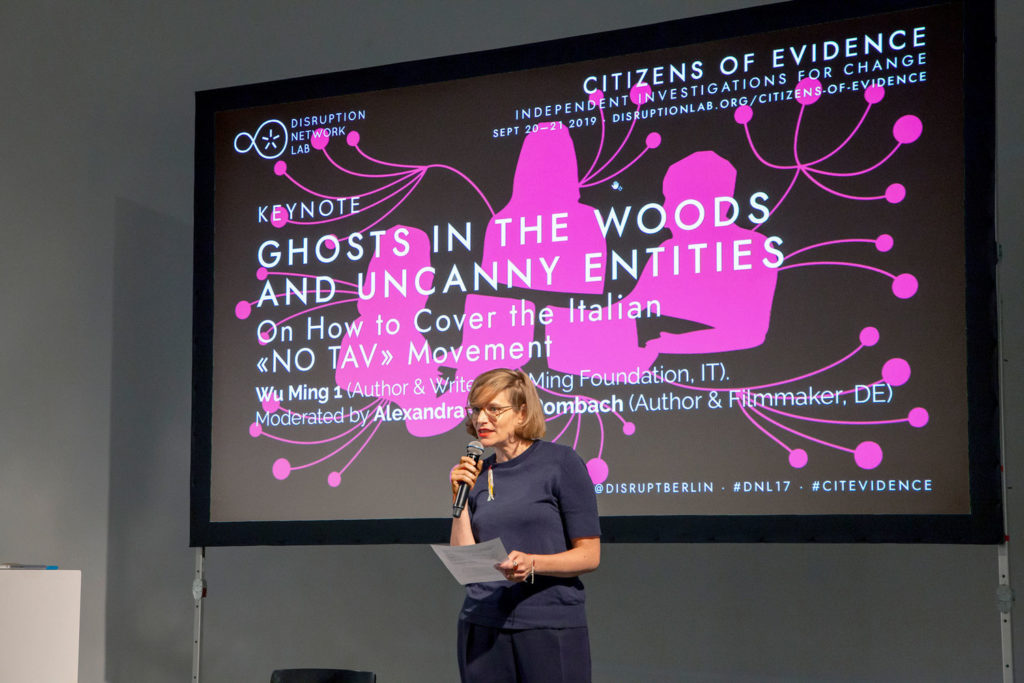 The central focus of AI TRAPS was the notion of discrimination in artificial intelligence based on race, gender, sexuality and class. On the first day, Keynote “WHAT IS A FEMINIST AI? Possible Feminisms, Possible Internets” by the founder of Feminist Internet Charlotte Webb focused on the use of feminist theories to imagine a feminist Internet. While the second day, Keynote “RACIAL DISCRIMINATION IN THE AGE OF AI: The Future of Civil Rights in the United States” by Mutale Nkonde tackled the racism and color blindness in artificial intelligence and how it affects people of color and at the same time replicates old separations. At the last panel of the conference “ON THE POLITICS OF AI: Fighting Injustice & Automatic Supremacism” Dia Kayali and Os Keyes, both active members of the trans-community, addressed the problematic structure that is creating and developing AI and how this infrastructure is facilitating white supremacy, nationalism, racism and transphobia.

In their community meet-ups, they put emphasis on interactive and participatory sessions, dialogue between audience and speakers, performative and workshop formats, and focus on establishing an open and welcoming atmosphere where all participants feel equally empowered to contribute. In the meet-up of June 2019, following the AI Traps conference, they invited The Oracle for transfeminist technologies, a speculative co-design game created by Coding Rights that invites participants to radically re-imagine what AI could look like if built around transfeminist values. The meet-ups around the Citizens of Evidence conference of September 2019 instead consisted of workshops dedicated to teaching a specific skill, such as geolocation or setting up secure self-hosted file distribution systems, to a non-technical audience. 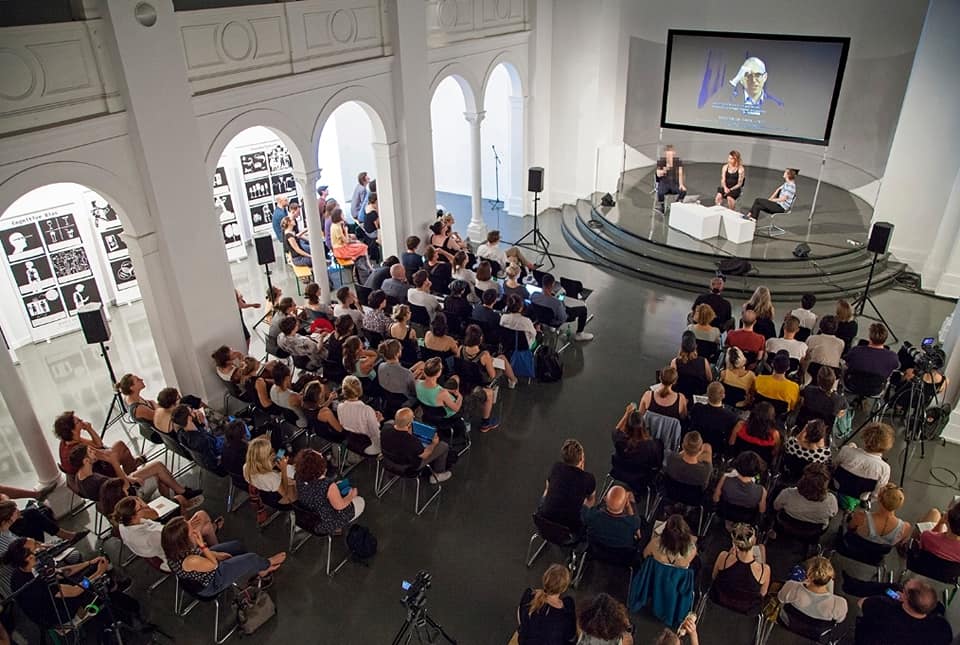 This grant will give the Disruption Network Lab the opportunity to build up the Activation Community Program, which was started in 2019, and thus solidify their efforts to establish an ongoing, open dialogue on collective strategies for exposing systems of power and injustice that is available for everyone in Berlin to join. 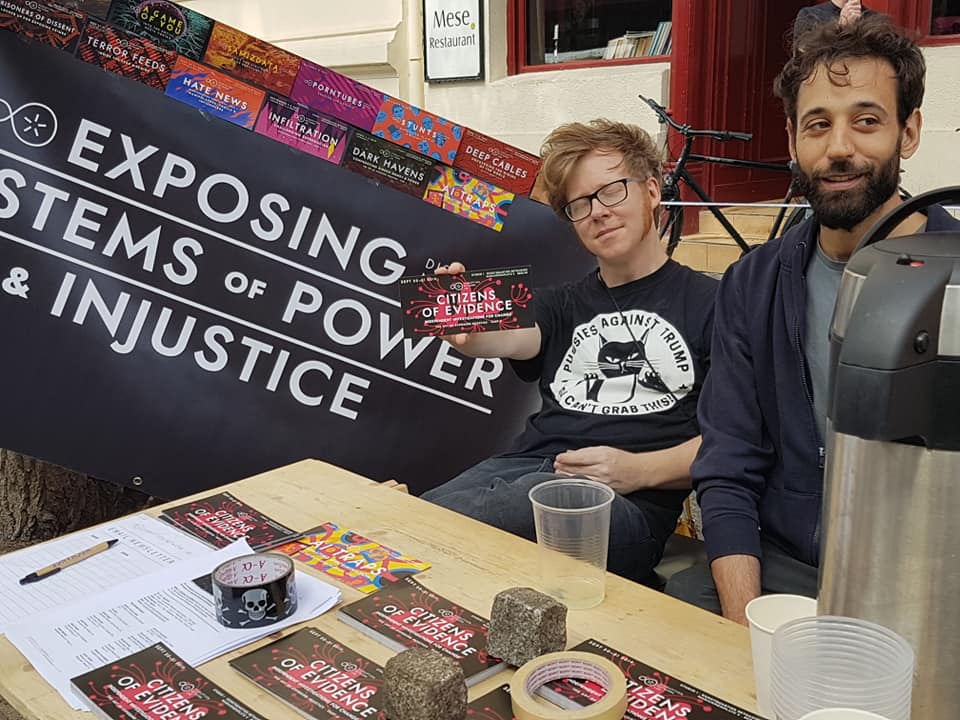 Berlin has a large presence of active cultural and social communities, where people are working on initiatives closely related to their conference topics. In fields such as digital art and culture, as well as around topics like financial transparency, social justice and digital and human rights, there are numerous groups working on ways to affect social, political and cultural change. 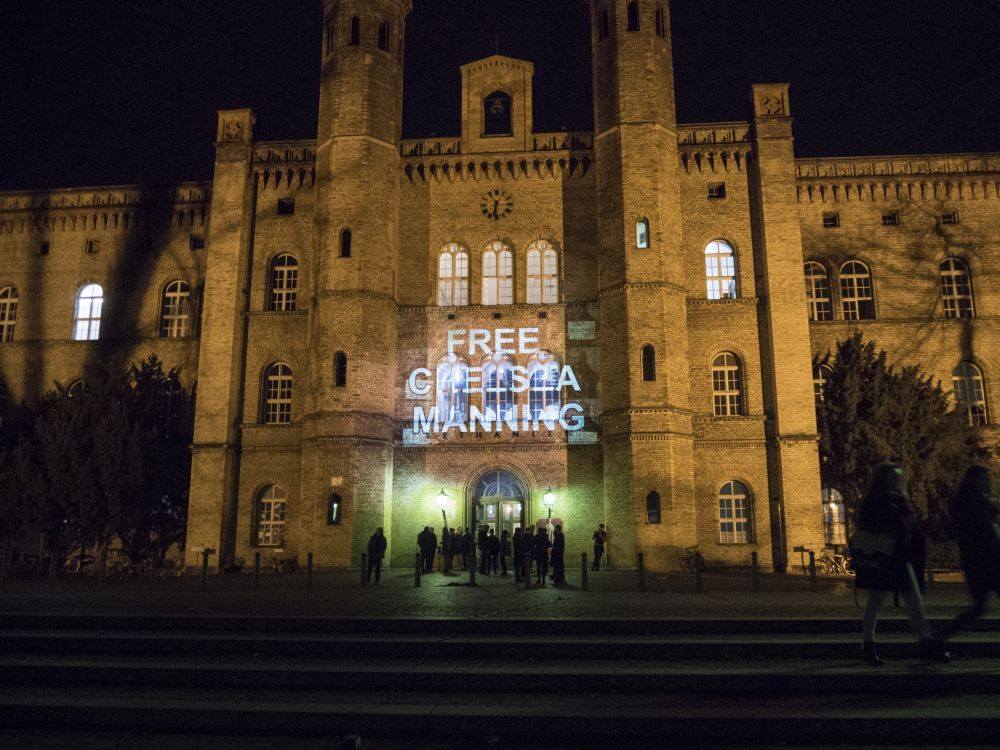 Through the community program, they extend the possibilities for connection and dialogue to this local scene of Berlin, giving people a way to directly engage with the conference topics throughout the year. In an atmosphere that combines values such as openness, participation and interdisciplinarity, with a critical look at current developments in society, the audience can be inspired and the local communities in Berlin are moved to connect with each other and find new ways to effectively work together on social, political and cultural change. 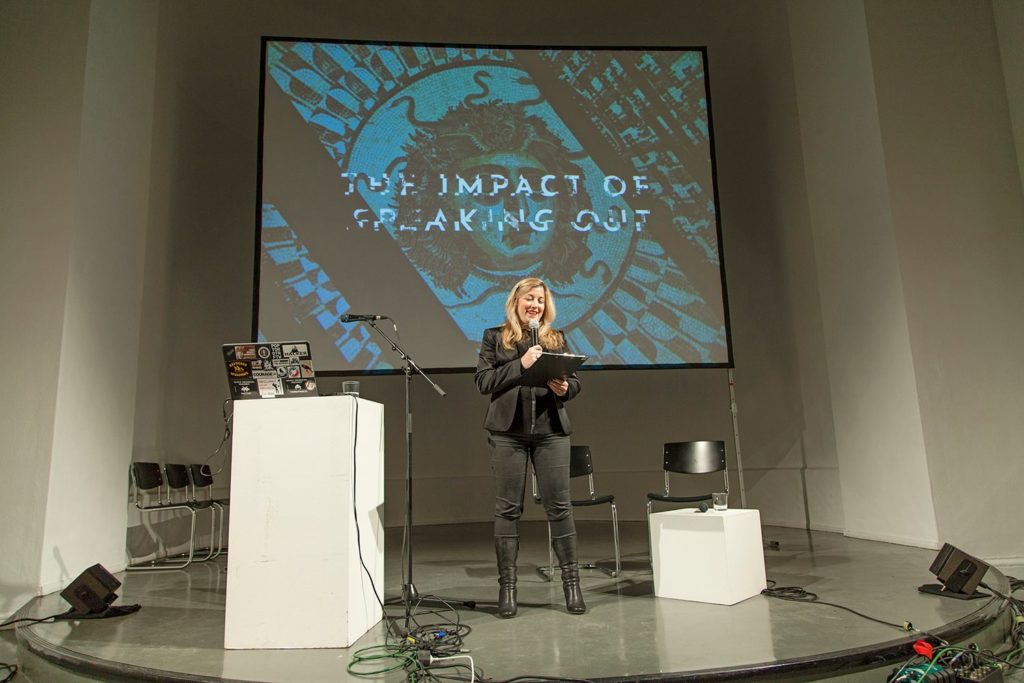 Concretely, the community program in 2020 consists of nine meet-ups between March – December 2020. These activities are prepared in an ongoing dialogue with the conference program: the six thematic conferences provide inspiration for the local communities. In monthly meet-ups they are invited to reflect on the conference topics, present their intersecting work and engage in discussions with the audience. For each meet-up they plan to invite 1-2 Berlin-based initiatives or communities. The output of this process feeds into the November community gathering that closes off the year, where it is presented to the wider public. 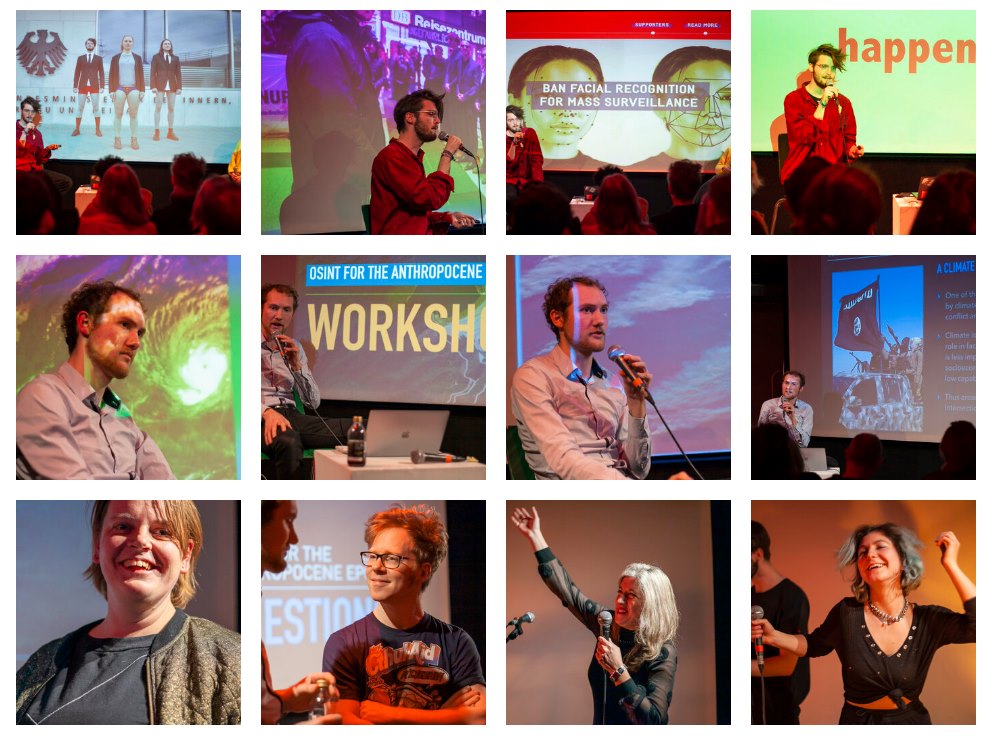