Lallab is a feminist and anti-racist organisation that is opening a new path to defend women’s rights by empowering Muslim women to become active stakeholders of the improvement of their situations, first at the individual level, which enables them in a second phase to re-take ownership of their own narratives and influence the way institutions address discriminations against them and other minorities. 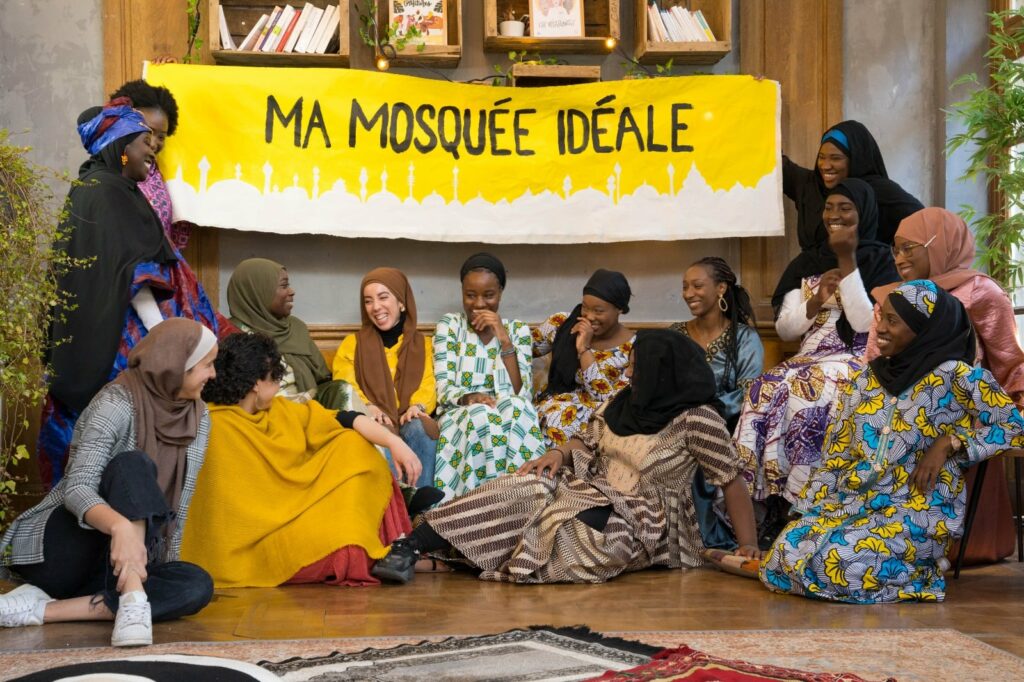 As the European Network Against Racism says, “Muslim women are forgotten women”. They are often ignored, and even belittled, by mainstream feminist structures, and in their communities, traversed by patriarchy as well as society as a whole, their needs come second at best. In an islamophobic society, they have no place to claim and exercise their rights, are discriminated against and have often internalised the stigmas.
In this context, Lallab’s vision is to create a world where every woman can be fulfilled without fear of being judged, discriminated against or abused regardless of her identity. Their mission is to produce an environment, resources and tools that promote the freedom of every Muslim woman to define her identities and life course. To achieve that mission, they organise their activities into 3 distinct and complementary objectives: 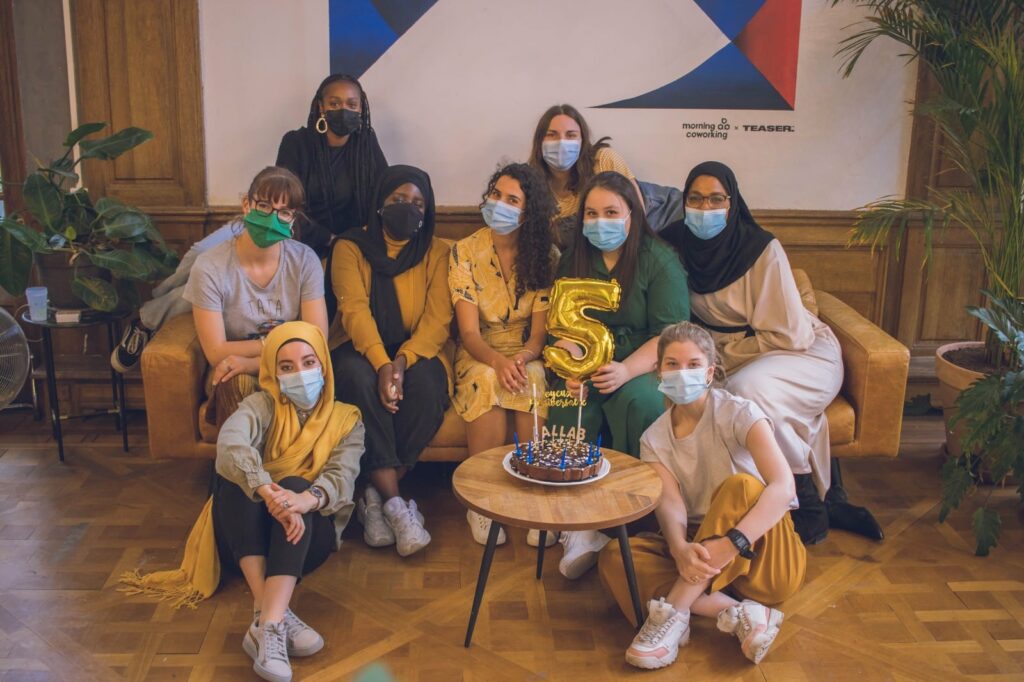 Objective #1 (community of solidarity): To renew the broken solidarity through the creation of a supportive, caring and inspiring community, so that Muslim women can receive support, care, training and empowerment.
Activities: support and discussion groups; Psychological, social and legal support; writing and dance workshops; training, including POWER programs.

Objective #2 (community of expression and knowledge): Produce realistic and plural narratives as well as adapted tools thanks to a community of expression and new knowledge to make visible the lived experiences of Muslim women, to reappropriate and deconstruct their history, to pay tribute to the women who preceded them and to become part of a powerful narrative of resistance.
Activities: Magazine; content creation; events and festival; Awareness workshops; Trainings (for feminist and anti-racist NGOs and companies, mostly)

Objective #3 (community of power): Participate in the urgent implementation of fundamental rights policies and design and implement truly inclusive policies through the collective and organised agency of a community of power. This may require changes in the current French legal framework for the fight against discrimination, confrontations of present policies regarding injustices and analyses of requests and needs to design new policies.
Activities: advocacy work, public and media interventions, demonstrations, forums, community 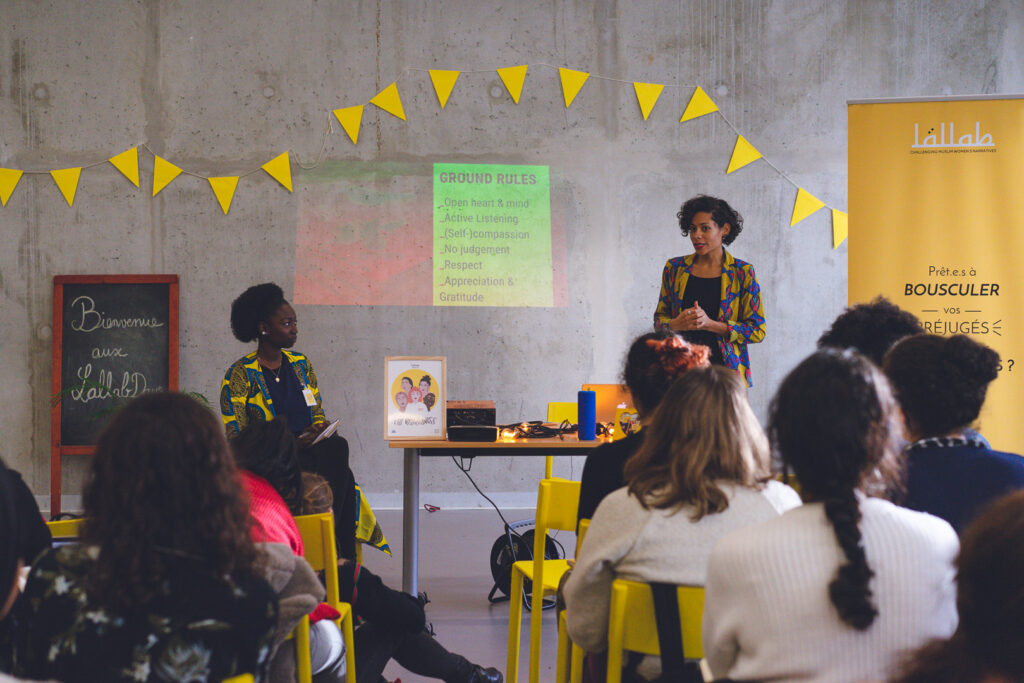 Since 2020, Lallab has been training and structuring a team of more than 10 organisers that conducted more than 200 one on one conversations with the Lallab’s community and transmitted, during events such as Lallab Day, the culture, knowledge and tools of collective organisation.

In 2021, the objective is to continue this work of capacity building of the community through workshops and at least 3 training sessions by July 2021, on how to manage the data collected during the listening campaign and on how to organise, make visible, sustain and win grassroots campaigns. 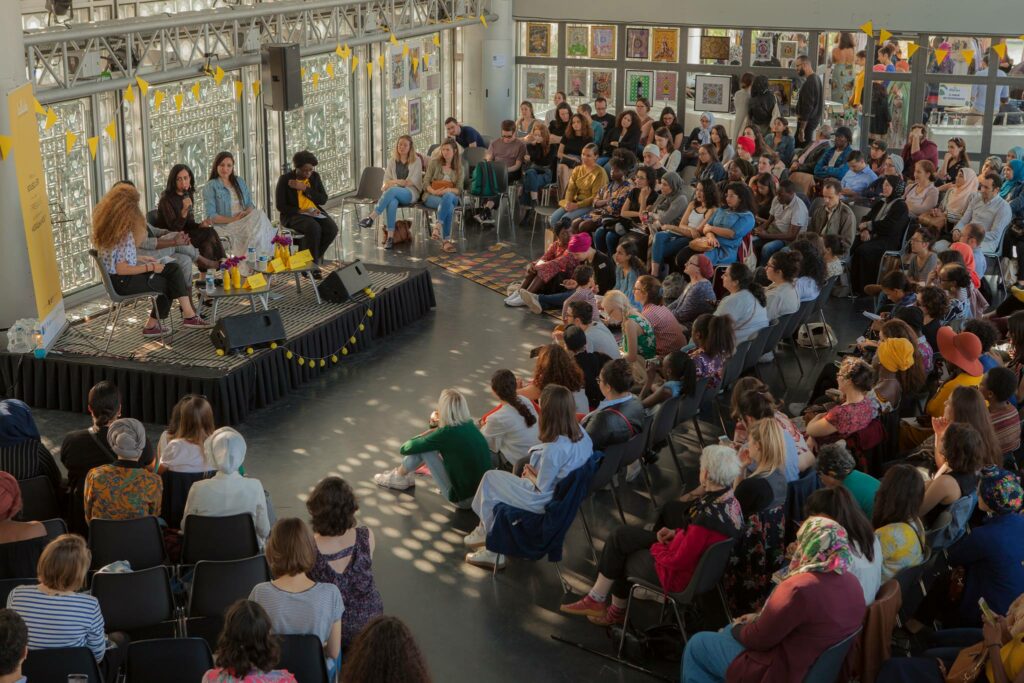 So the goal is to organise the first Lallab grassroots campaign. For this, the action plan is as follows:
1- Practice community organising: community organising is a method of collective organisation and social action set up to fight against racial inequalities, discrimination, the denial of institutions, the incapacity of elected officials to take in hand these essential problems in the daily life of the people concerned. Knowing that the oppressions Muslim women face lead to marginalization, invisibilization and voicelessness. To dismantle them, community organising is necessary as the natural continuation of the rise of Muslim women and their agency. Building a plural community of power is the only way to bring collective demands that do not forget anyone and therefore tend towards true social justice. The objective at Lallab is to change the system of anti-discrimination and the response to this must be collective, plural, representative of Muslim women, adapted to the French reality. It must be built over time, and it must happen now. 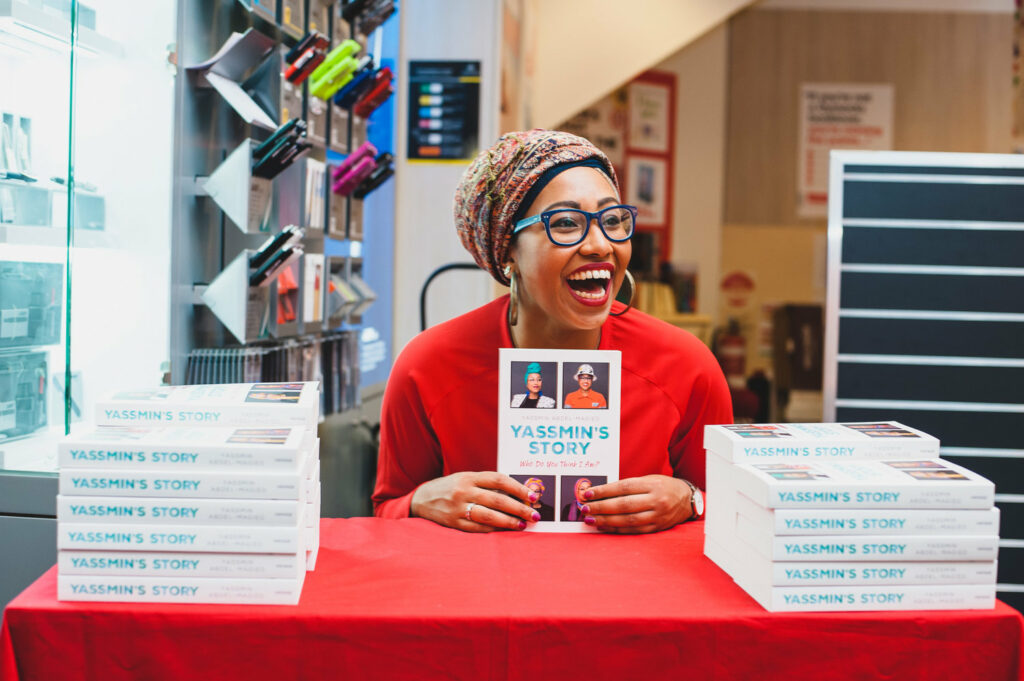 2- Define the campaign content: to collectively define the frameworks and strategies of the first grassroots campaign, they will organise a listening campaign from February to April 2021 for the 80 volunteers of the association. This campaign will take the form of collective interviews (with volunteers divided into work teams) as well as individual interviews, in order to bring out the needs and demands of each member. This campaign has 3 objectives:

– To build power, thanks to the strength of the relational and collective bonds, which will have been woven during the purposeful conversations, allowing the creation of real public friendships and bonds of trust between each one.
– Structuring the community: this time is also a time that will allow all the members of Lallab to increase their skills and to transmit the tools of community organising to all of them.
– Gathering demands: each conversation is a political debate on the concrete changes we want to see happen and on the tools we want to mobilise to implement these changes.
This listening campaign will result in at least 8 workshops, 150 conversations with the base community, 2 workshops feedback and analysis of information and a list of 3 precise grassroots demands. 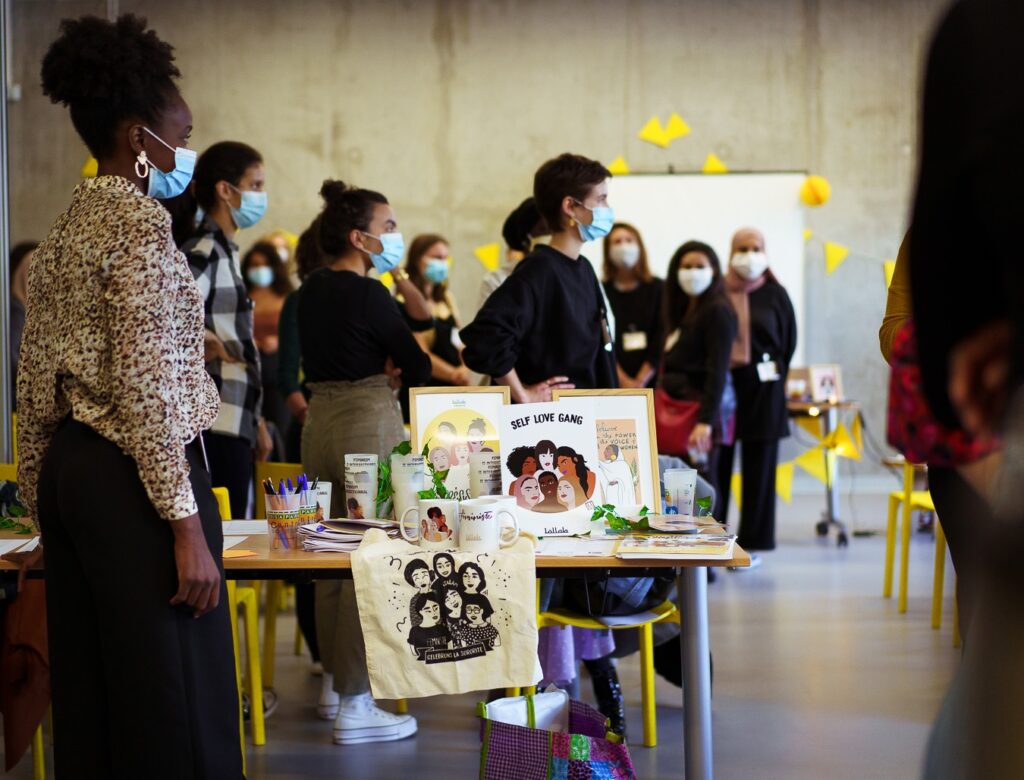 3- Organise and implement the grassroots campaign: from May 2021, they will create teams and incubation for the 2 or 3 campaigns and local actions that came out of the listening campaign. The purpose of the working groups will be to analyse the problems, the stakeholders, the solutions and the possible modes of action, to identify allies, the obstacles and the risks, to propose specific demands and an action plan. Then according to the strategic dates inherent to the demand, from autumn 2021 a priori, they will start at least one of the campaigns, the most mature and the one with the highest chance to win, with the objective of an effective mobilisation of at least 5,000 people (sharing on social networks, presence for workshops or direct actions,…)

4 – Analysis and feedback: end of 2021, beginning of 2022, they will take time to take stock of our actions, produce feedback, understand what worked and what didn’t, take stock of the energy and involvement of volunteers and community members in order to strengthen the actions and, if necessary, reframe strategies. 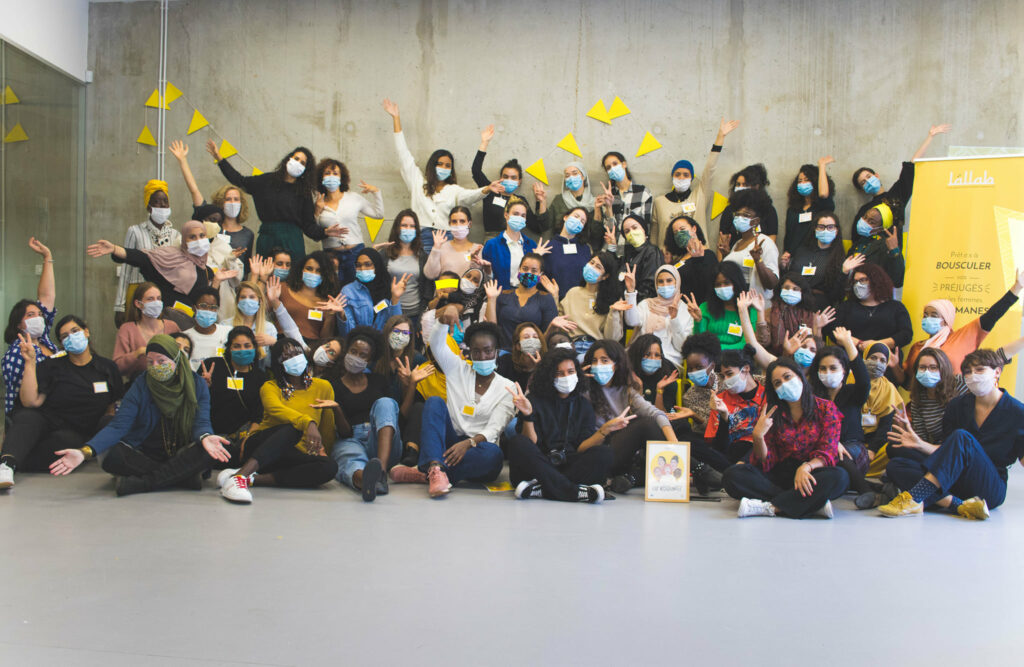