POMOC (POlish Migrants Organise for Change) is a grassroots, activist-fueled nonprofit that fosters creative collaboration and actionable solidarity between Polish women living in the UK and other migrants and communities of colour. 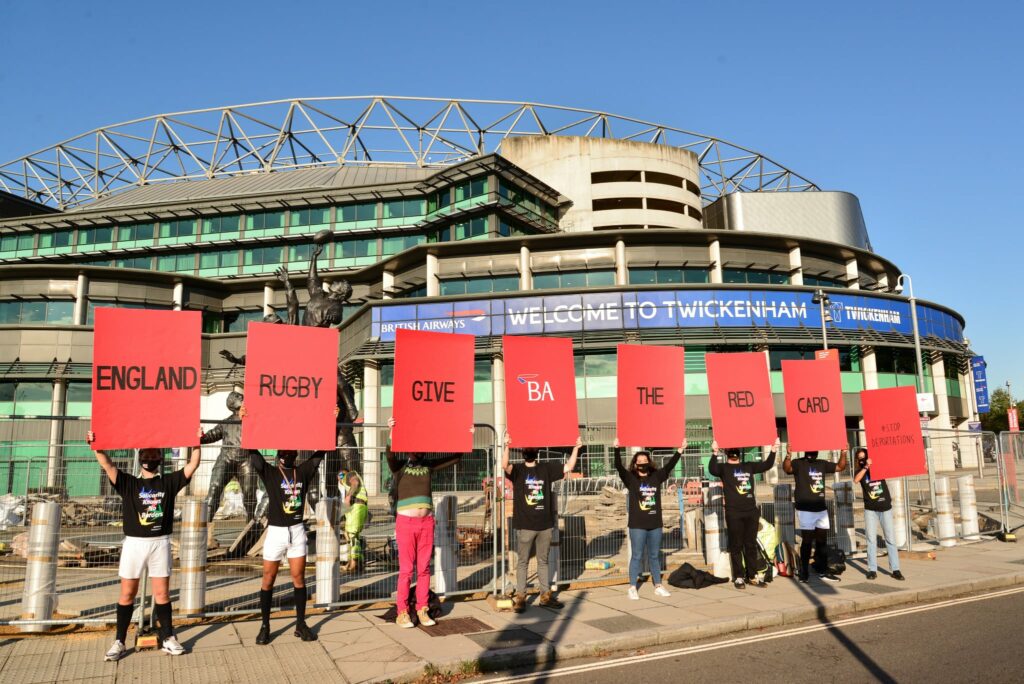 POMOC works on UK-based and international projects that contribute to raising progressive political consciousness among Polish communities, especially women and non-binary people of all ages. Founded by activists Marzena Zukowska and Magda Fabianczyk in the aftermath of Poland’s 2019 parliamentary elections, POMOC has sought to fill an organising gap between already politicised Polish activist groups and apolitical Eastern European direct service institutions. By creating a “political home” for Polish and Eastern European women, POMOC has sought to build on the shift towards more progressive values in Poland and the diaspora. 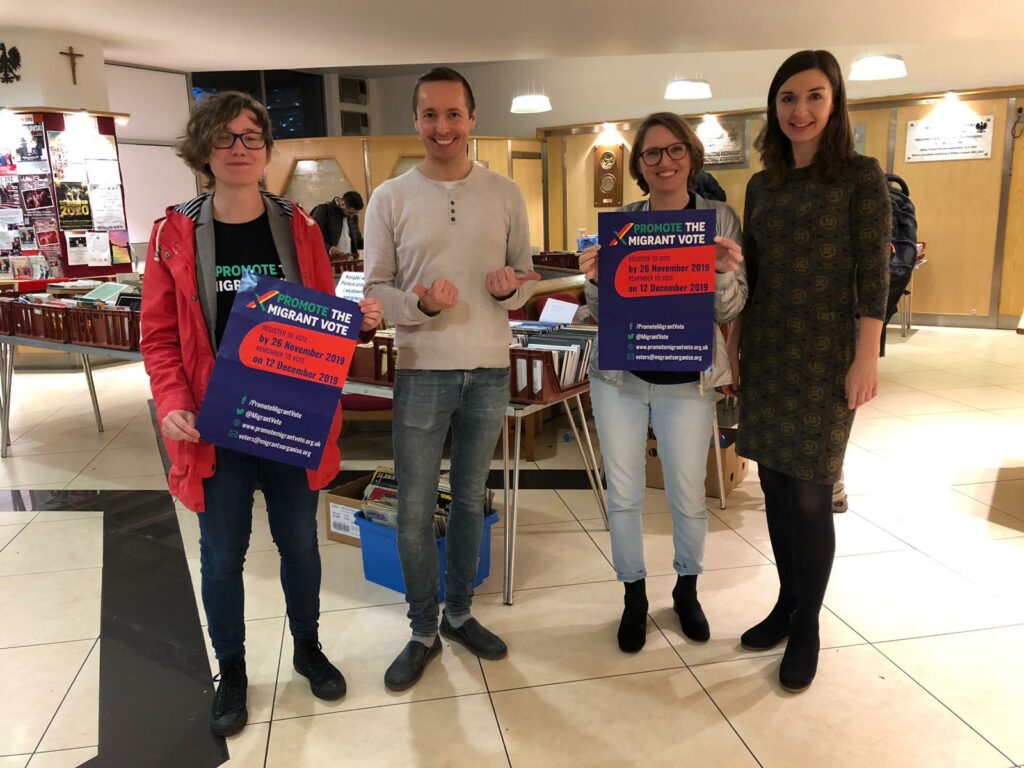 1. Direct Support: provision of multilingual support to Polish, Romanian, and Roma communities in the UK on how to assert their rights; access welfare, housing, and health services; and fight back against domestic violence, discrimination and hate crimes. This work takes place in-person at the local level and digitally through online community spaces. It also prioritises empowerment and self-agency, while reaching those who are already at the margins of society and not yet politicised.

2. Democratic Participation: running civic engagement and “get out the vote” campaigns to spur democratic participation in the Polish diaspora. These campaigns focus on UK local elections, EU Parliamentary elections, and Polish elections, and build on existing mass mobilisations spurred by the fight for abortion rights and free courts in Poland. Moreover, these campaigns have become a tool for base-building, identifying up and coming leaders, and tackling broader issues of political marginalisation and voter suppression. 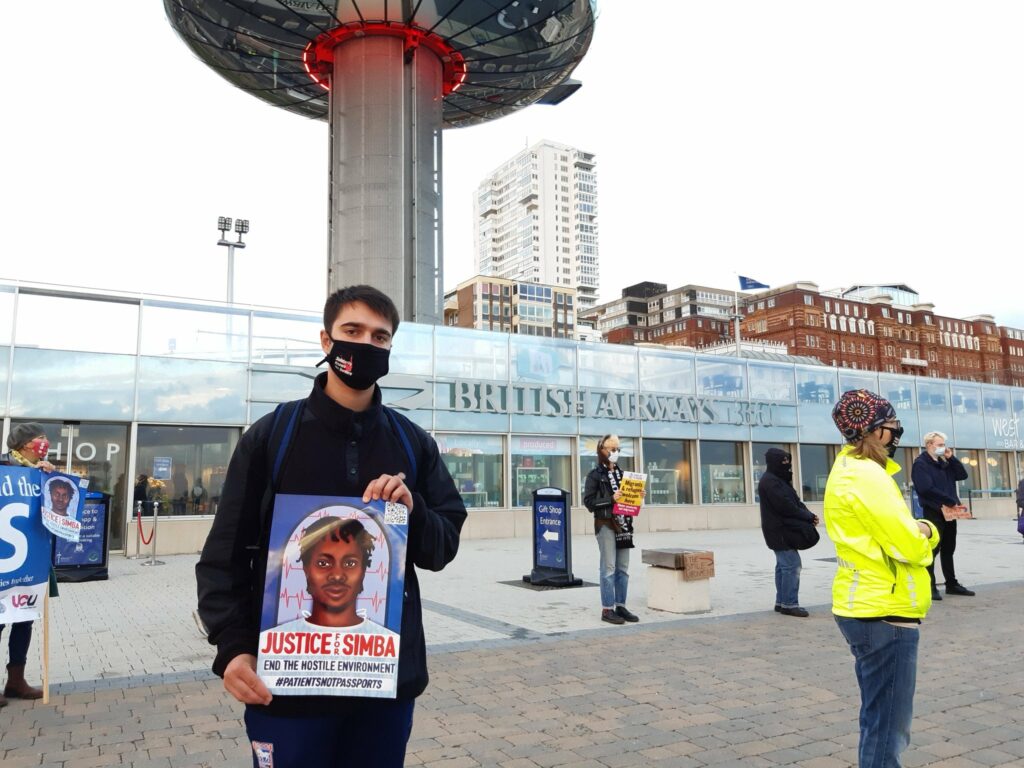 The POMOC team works in a variety of ways, from long-term organising initiatives and deep creative processes to high-intensity campaigns and one-off projects. Some of their current work includes:

*SettledQA: a project that provides digital advice, compelling video content, and animations on the EU Settlement Scheme to Polish, Romanian, and Roma communities in the UK.

*Women Act Out: a migrant woman-led narrative comedy project that tackles issues of migration and identity, designed by POMOC and stand-up performers from Counterpoints Arts.

*Polish Women Vote: a civic engagement campaign ahead of the UK’s 2021 local elections that seeks to mobilise 10,000 women and their families in London, Manchester, and Liverpool.

*Polish Women’s Political Literacy Curriculum: a collaboration with Shout Out UK to increase political literacy, knowledge, and interest in activism among Polish students living in the UK. 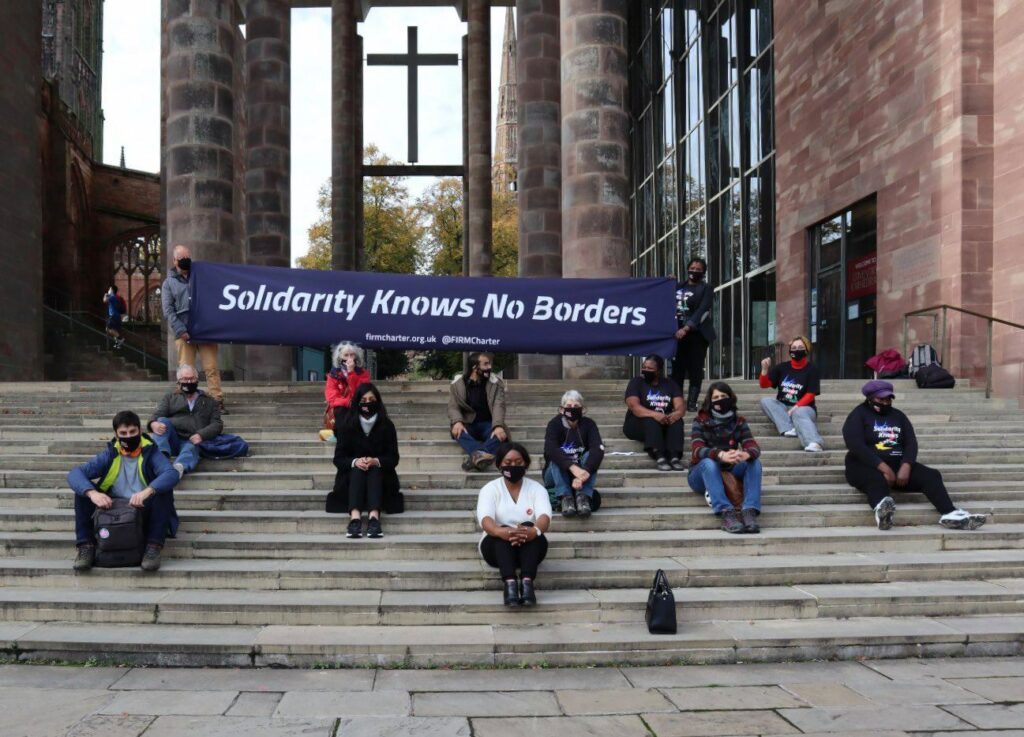 Developing and implementing the Narzędziownia Antyrasistowska (or Anti-Racist Toolkit), an online, multi-week racial justice political education and mentorship programme for a diverse group of 10-15 Polish community leaders living in the UK, Germany, and Poland.

Through complementary methodologies, POMOC and new visions will work to destabilise dominant and patriarchal constructions of Polish identity at each stage of the project process, from participant recruitment and curriculum development to program implementation and evaluation. The project will be accompanied by the active co-creation of a digital and bilingual (Polish & English) anti-racist toolkit accessible and distributed to a broad audience. Examples of materials includes: shareable social media graphics, short and catchy videos, micro-podcasts, artistic work, summaries of online discussions, open-source materials produced by other organisations, or a microsite. 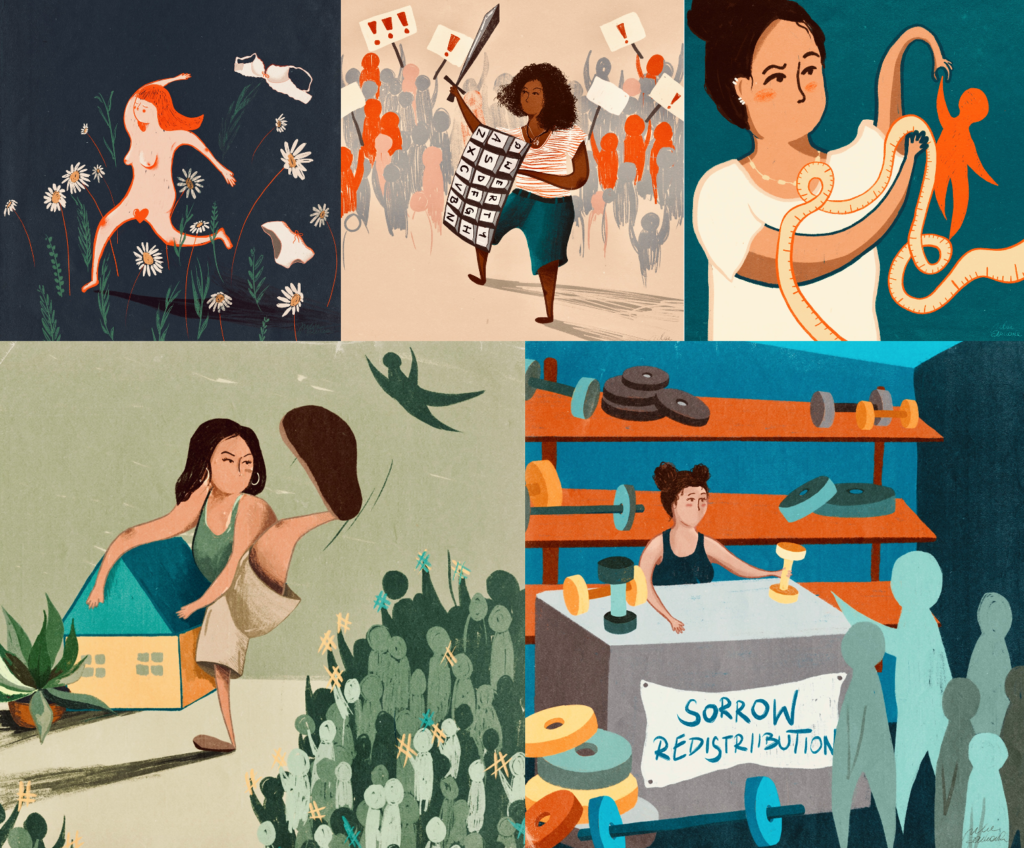 The program itself will provide each participant with:
*1-to-1 individual anti-racist consulting and an organisational needs analysis;
*Hands-on training in self-transformation from an experienced and diverse group of educators;
*Facilitated safe/safer spaces based on self-organised needs or identity groups, for example: people of colour; queer & trans people; class-based experience; immigrant experience; geographic location, etc;
*Practical tools for identifying and addressing divisive racialised narratives that pit communities against each other (e.g. white Polish migrants and BAME UK citizens) in online and offline spaces;
*Mentorship for a period of 3 months after the program;
*Opportunity to co-create a digital and bilingual anti-racist toolkit. 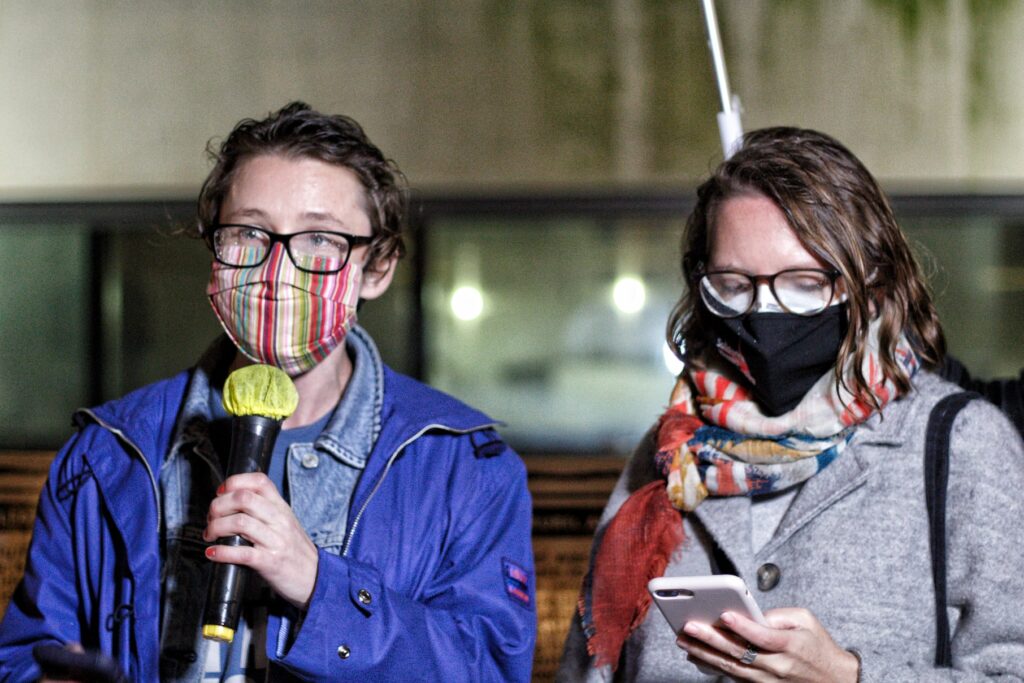 Through this process, they seek to achieve the following outcomes:
*Train and facilitate a self-reflective anti-racist process for 10-15 diverse Polish community leaders living and organising in the UK, Germany and Poland in how to actionably infuse their work with an intersectional racial justice lens;
*Co-create – with program participants – a digital and bilingual anti-racist toolkit that will help them reach a broader audience and capture the valuable insights from the program;
*Obtain commitments for actionable change at the organisational level from at least half of the participants. 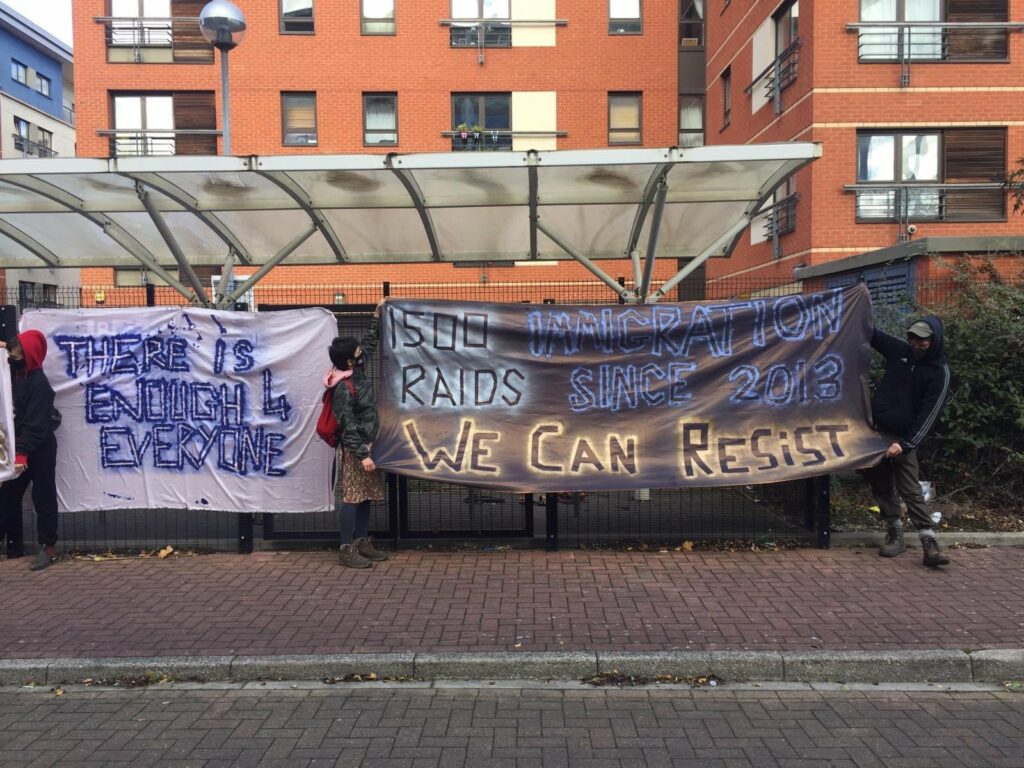 Poland and the Polish diaspora is at a critical moment of public and media discourse on race and identity. The 2020 “Freedom Summer” in the United States – wave of Black Lives Matter uprisings in the wake of George Floyd’s murder – cracked open an unprecedented opportunity to address racism and anti-blackness in the Polish context. Since June, media outlets like Krytyka Polityczna and Gazeta Wyborcza have featured countless articles and news stories about Black Lives Matter and what it means for Poland. Black Polish artists, activists, and educators organised solidarity protests and teach-ins, and an image of Bianka Nwolisa walking in Warsaw with a “Stop Calling Me Murzyn” sign made international headlines. A petition against the Polish “M-word” – a racially pejorative term widely used to describe Black people – garnered thousands of signatures under the hashtag #DontCallMeMurzyn. Meanwhile, emerging and established Black academics, including Dr. Margaret Amaka Ohia-Nowak, Bolaji Balogun, Dr. Stephen Small, Dr. Larry Olomofe, and Jessica Lumanisha, have sought to interrogate racism and anti-blackness in the Eastern European context, including through the inaugural Black History Month in Poland event. 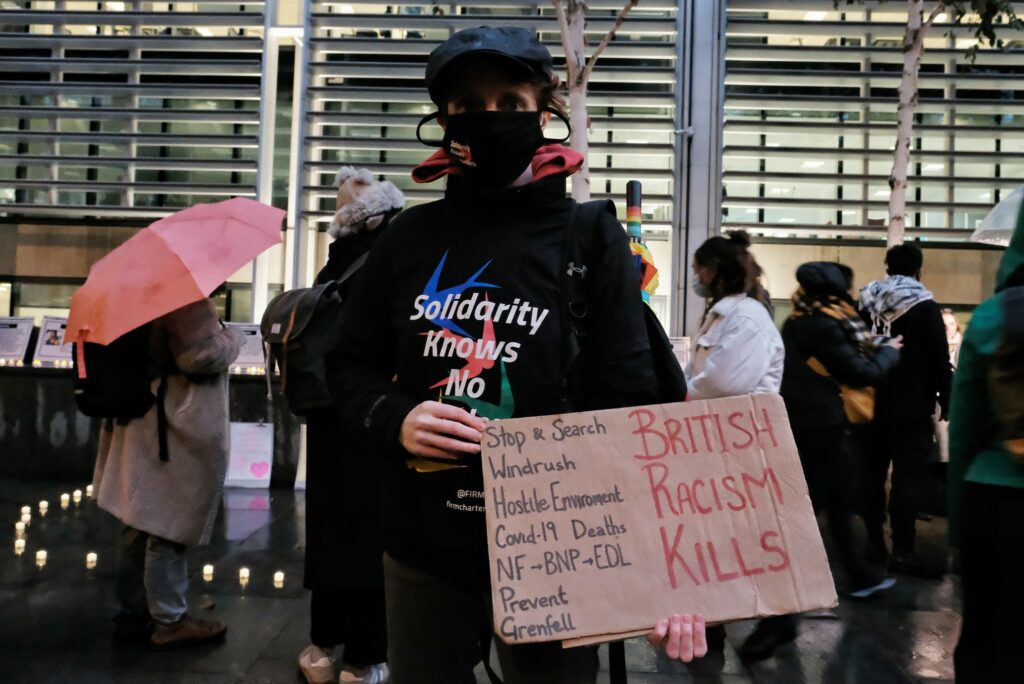 Despite this public reckoning, Poland and the Polish diaspora continue to grapple with a lack of Black and Brown visibility, a denial of colonial legacies, and a dismissal of structural racism as individual prejudice. Hundreds of Polish Facebook groups across the UK, Germany, and Poland, have harmful and widespread misinformation, and a dearth of culturally competent educational resources curated for Polish leaders and organisers on what racism is, how it manifests, how it can be addressed in multicultural societies, and how it is tied intersectionally to other kinds of current and ongoing oppressions. In Poland, the rise in far-right narratives in mainstream politics has led to a wide-spread homophobia and dehumanisation of LGBTQ+ people, a strong anti-refugee/migrant sentiment and the suppression of women’s reproductive right through a near total abortion ban. The current climate means that many community groups already facing oppression – and organisations that represent them – could benefit from integrating anti-racist thinking in their day to day practices as a way to foster closer connection and inclusivity. 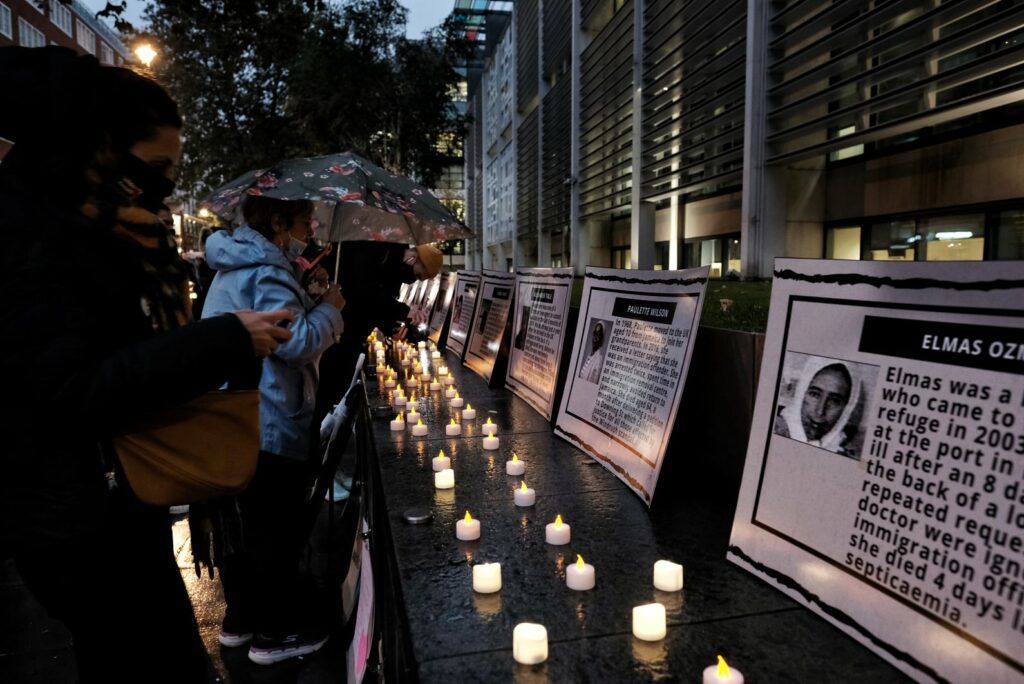