Kotti & Co is a grassroots tenants initiative, founded in 2011 in protest against increasing rents in social housing at Kottbusser Tor in the heart of Berlin. 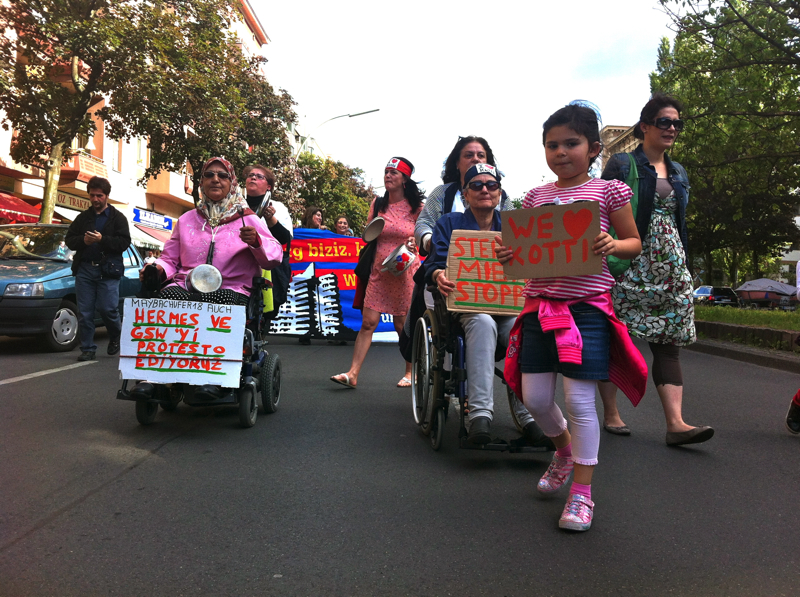 The ultimate goal of Kotti & Co is the radical transformation of society, so that housing will not be a stock market asset but affordable (or better yet, free) infrastructure accessible to everybody. While the team is part of the movement for the right to the city that emerged over the last decade, they occupy a special place in it by stressing the need for not only rents that poor people can afford, but a democratization that meets the needs and resources of the subaltern (migrant, non-citizen, non-academic tenants). 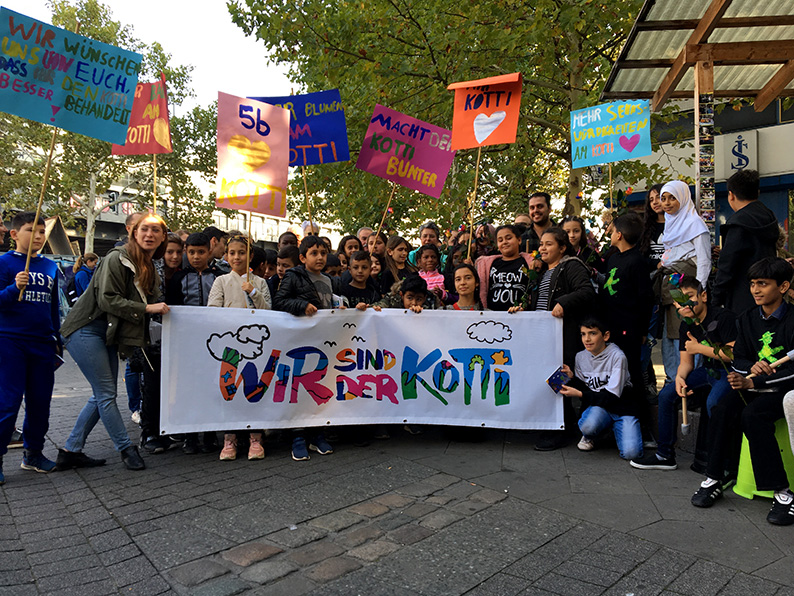 The Kotti collective organizes the neighbourhood by occupying a public square and maintaining a protest hut, called “Gecekondu”, that they built there in 2012.

The core group of Kotti & Co consists of approximately 15 persons. They hold weekly meetings in the protest-gecekondu (currently mostly online because of Covid-19), where all matters concerning protests and direct actions are discussed. 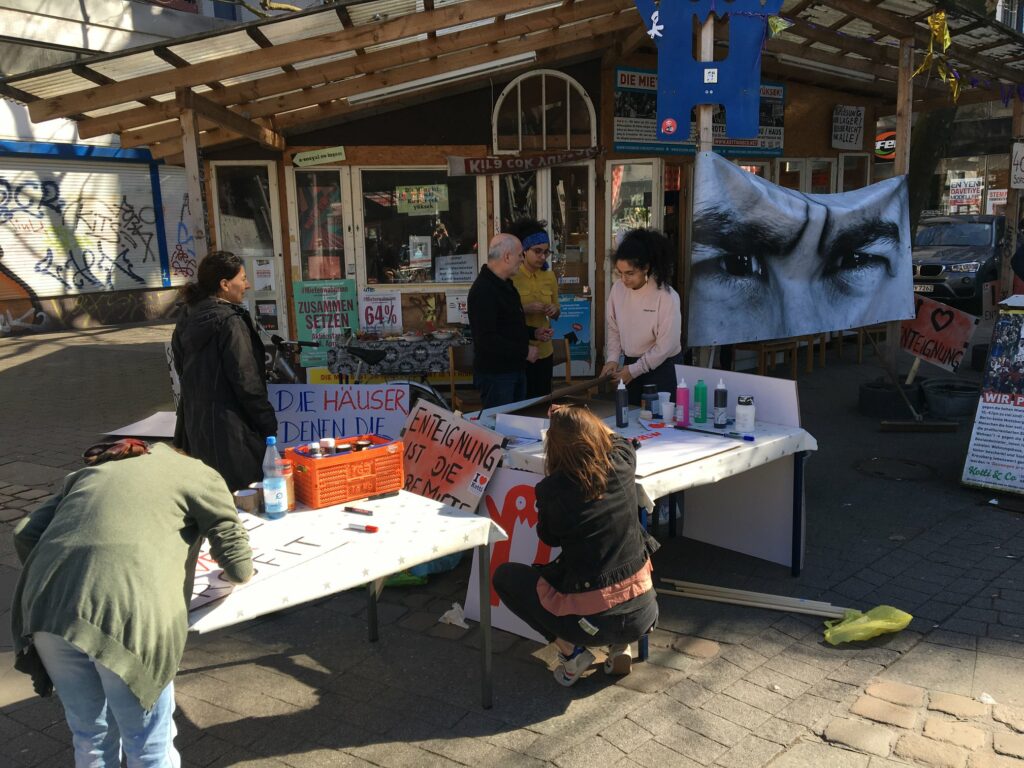 They have no hierarchy and all decisions are taken democratically. Built around the core group is an ‘extended family’ of neighbours and supporters: coordinators and lawyers for legal counselling, members of the tenants’ councils ‘Mieterrat Südblöcke” and “NKZ Mieterrat” and different working groups. Their current activities include, besides campaigning in different formats from door-to-door organizing, to the so-far senate funded project ‘(Re)Kommunalisierung Plus’: where they are trying to organize a broad, democratic structure of all social housing tenants at Kottbusser Tor (approximately 1,000 apartments with 3,500 people).

The Kotti activists also support tenant councils and also try to publish about the campaign and various actions. Furthermore, they work closely with the campaign for the referendum to expropriate big housing companies ‘Deutsche Wohnen und Co enteignen!’.

protests are finding greater and greater acceptance as an instrument for the articulation & implementation of demands made on society – Thomas Kern, 2008

Members of the core group are also members of the association, Kotti-Coop e.V., which currently, after the completion of the second phase of the ‘(Re)Kommunalisierung Plus’ project, has only one part time employee who is responsible for project coordination, fundraising and accounting. The bulk of Kotti & Co activities was and remains unpaid, voluntary work from a very committed, localised community. 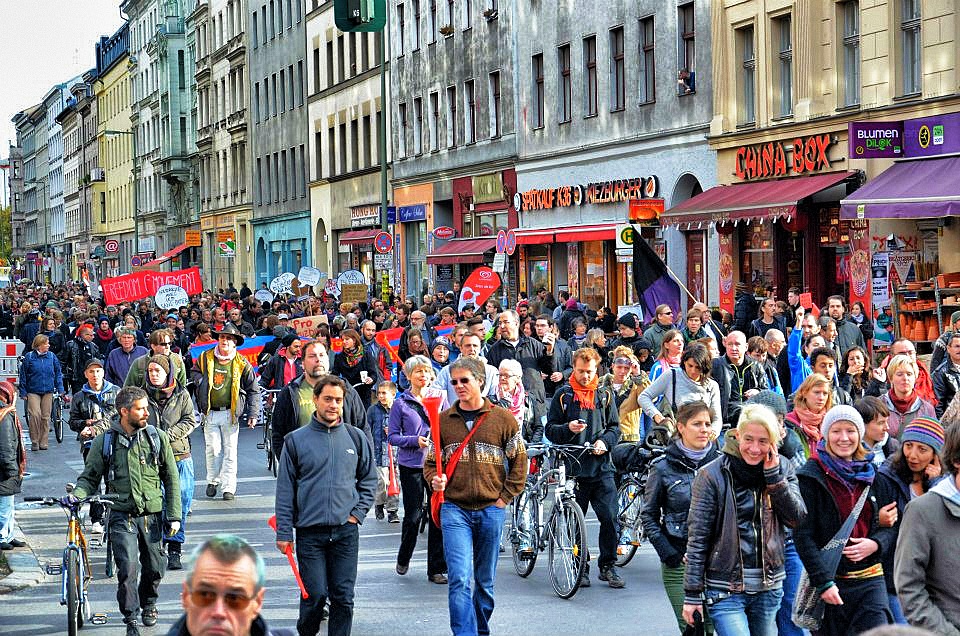 For the rights to housing nerds out there, this academic paper titled ‘Communities of Struggle: the making of a protest movement around housing, migration and racism beyond identity politics in Berlin‘ is an exceptional read with ample first hand experience of the movement shapers as well as wider, theoretical, political & ethical concepts that frame this movement. 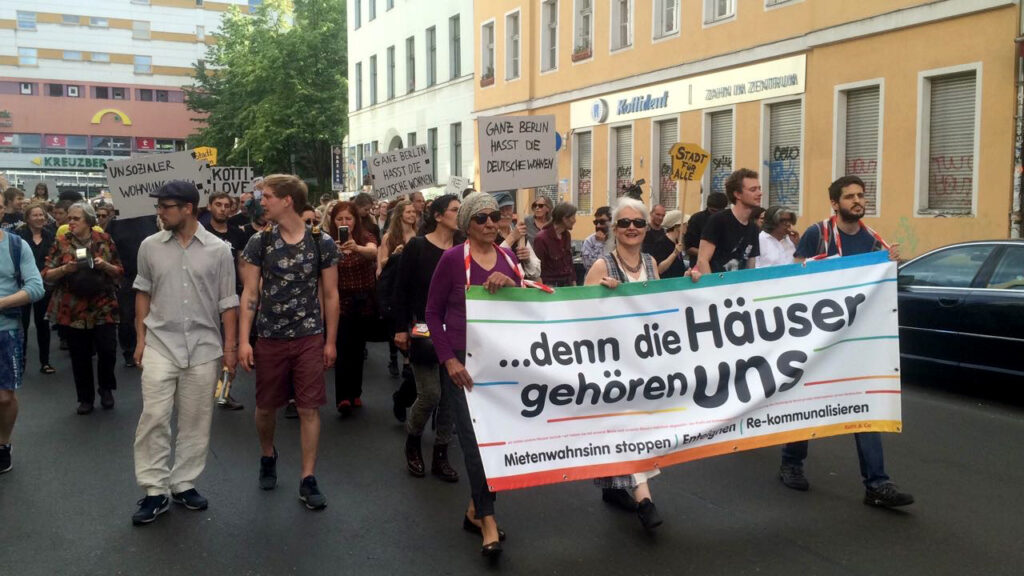 It is always great to see old ladies alongside young hipsters at demos.

The second goal is the (partial) funding of a fundraiser, so that they have, until February 2021 a regular newsletter for supporters and a call for donations , including a multifunctional web page, printed materials such as flyers, postcards, banners, flags, stickers and stand up displays. Additional useful purchases will be megaphones, a portable PA speaker and a power bank that can also be used for demonstrations and other actions. All the acquired infrastructure will be, as was the case until today, available to the campaign ‘Expropriate Deutsche Wohnen & Co!’ and other groups for their campaigns and actions.

The campaign expropriate Deutsche Wohnen & Co is making an internationally well-documented claim for housing as a necessary social infrastructure that should not be for profit. If the campaign succeeds, the referendum will have a big impact on the international housing market.

During the signature collection phase of the campaign ‘expropriate Deutsche Wohnen & co’, the protest-gecekondu will be used by many different persons and groups. One person will be responsible for the coordination of the space for four months. 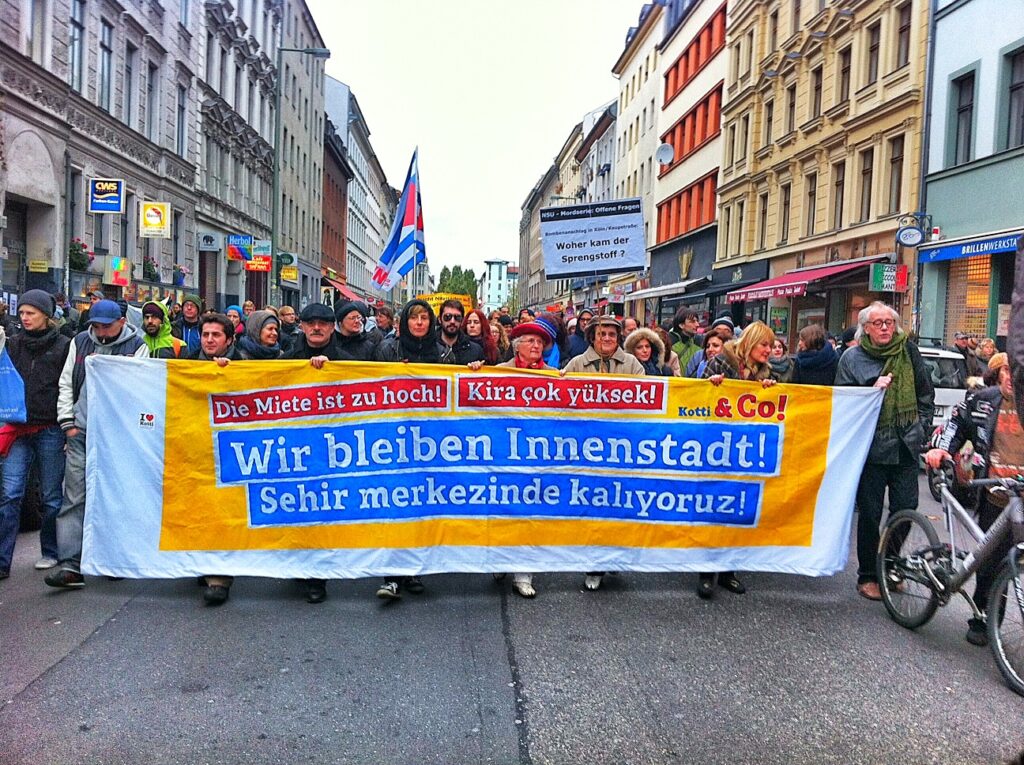