Autonomy could be described as an independent activist think tank, an action-oriented rebel research crew, or a multi-disciplinary lab for rethinking work – a practice constituted by diagnosis, prognosis and proposal. 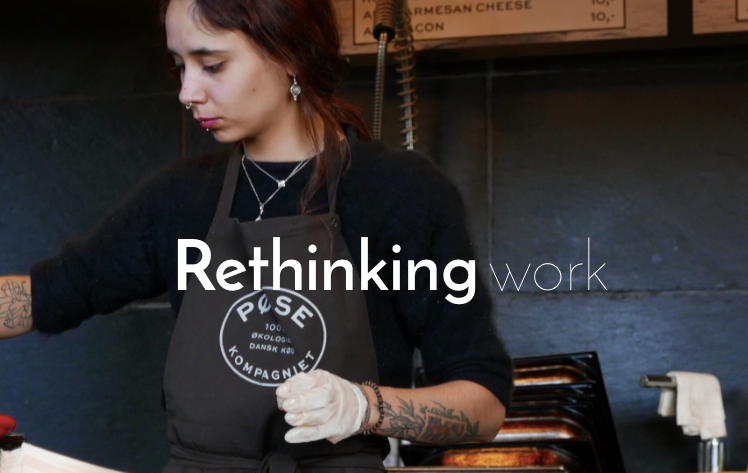 In seeking to truly rethink work, Will Stronge, Autonomy cofounder writes, “we must expand what counts as research. We do not believe that knowledge is reducible to statistics or to mathematical models (as essential as these are). A true grasp of our times requires political, economic, sociological, and cultural analyses. We must seek cutting-edge empirical and theoretical expertise from different disciplines – political economy, sociology, robotics and beyond – in order to construct critical tools, rigorous diagnoses and alternative models. Work is a contested term (for starters, does waged work even capture what we mean by the word?) and discussion must grasp the technological, cultural, environmental, economic and political conditions that constitute the practices of work if we are to achieve the rigour sufficient to our task.” (If reading Will’s words whetted your appetite, you can hear him talk about all this in depth at the Belabored Podcast). 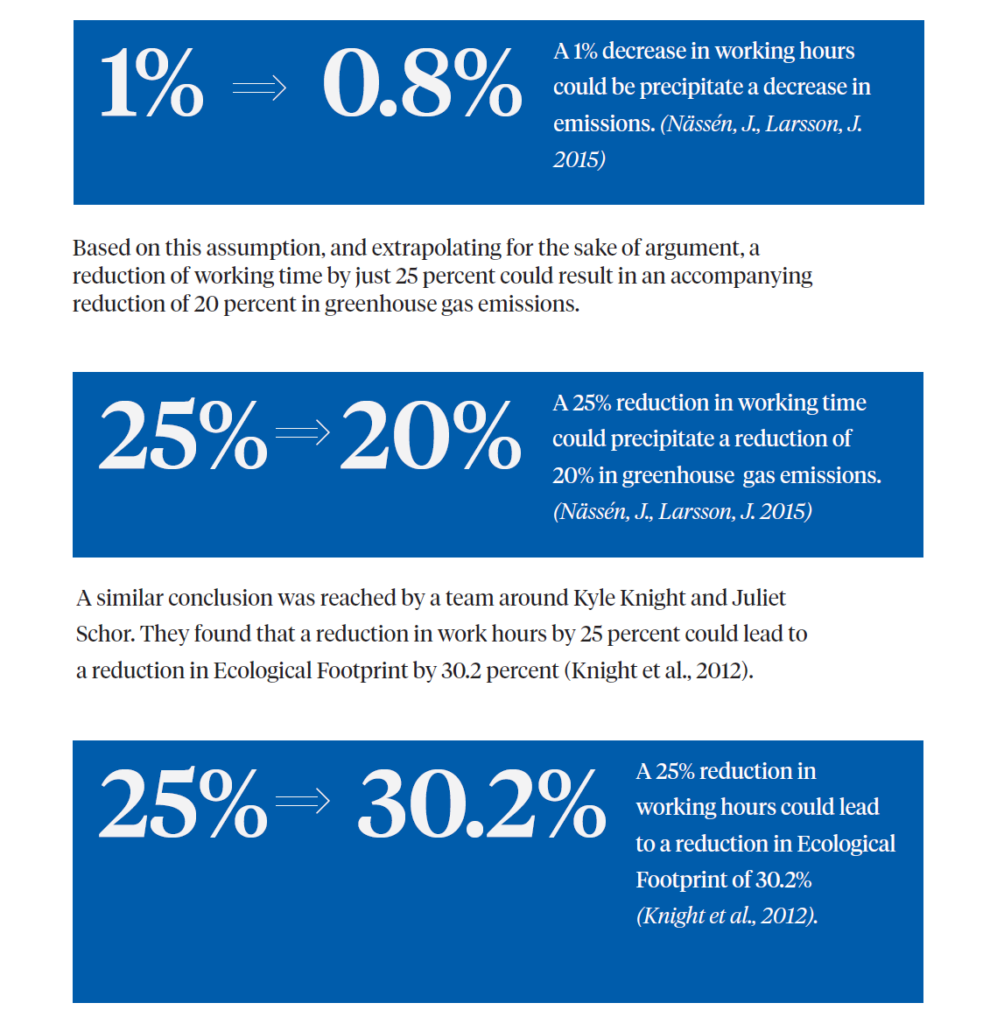 They published a stellar seminal report titled ‘The Shorter Working Week: a radical and pragmatic proposal‘, that you should really read right away as it contains information directly relevant for anybody with a pulse.

It makes the case that the shorter working week is a powerful & practical response to some alarming global trends, such as job polarisation, the explosion of precarious forms of work, gendered inequalities, stagnating productivity growth, the threat (and promise) of automation and the substantial inequality that exists in our society. Most importantly perhaps, it underscores that the transition towards a shorter working week is possible now and is not an abstract utopia.

The Autonomy crew work with local authorities, unions and grassroots organisations, helping them develop radical and pragmatic visions for the future. With a unique tool-set and viewpoint, their small team of architects and urban planners draws on and develops the wealth of insight that Autonomy’s research network brings. They also offer a consultancy service for governance bodies looking to future-proof their urban spaces and services. Drawing on the think-tank’s expertise and network, and they offer unique and affordable collaborations, for instance most recently for the regional government of Valencia, which gave them the freedom to imagine three core infrastructures for the urban centres of the region.

Autonomy is constantly developing concepts for ready to hand, implementable models for economic resilience.
One important strand of research and design revolves around ageing, care work and place. Read Julian Siravo’s ongoing articulation of how they approach these issues.

What if the best thing we could do—for ourselves, the planet, and even our workplaces—was to work less?

It is not an overstatement to say that in the UK, and worldwide, we are experiencing nothing short of a crisis. For example, despite having record levels of employment (a fact that politicians regularly draw upon), real wages are at a historic low and ‘precarious’ work – defined by insecurity and uncertainty – continues to expand its share of the labour market.

Perhaps even more distressing is the fact that the majority of those currently in poverty in the UK belong to working families; in this sense, work is becoming increasingly useless for its ostensible purpose – that of providing a sufficient income for people to live comfortable lives. Coupled with this decline of the quality and sustainability of waged work, was is essentially happening is a ‘punishment culture’ for those who exist outside of work. Drastic cuts in welfare provisions and disastrous, disciplinary assessments that attempt to adjudicate how ‘fit to work’ people with disabilities are, constitute obvious symptoms of a society bent on the enforcement of work no matter the human cost. With these tendencies in mind, it is hard to hold either the mere fact of mass employment or the ideal of employment in high esteem. 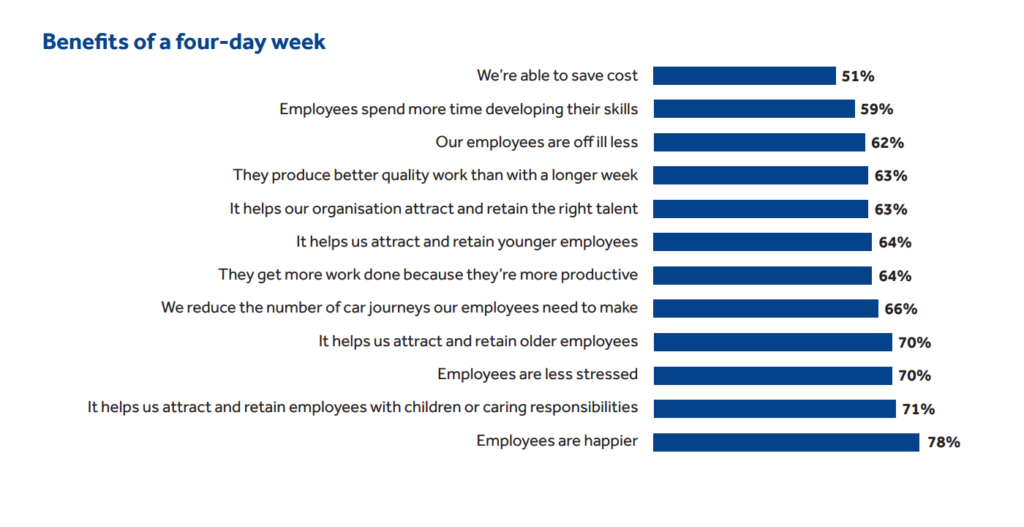 A cool new study from Heley Business School on why a shorter working week (no loss in pay) makes business sense.

Set to exacerbate this situation is the next wave of automation technologies. Numerous studies predict that radically disruptive technological innovations – from algorithmic management to driverless cars – will change the face of many industries at the national and global scales in the coming decades.

The team have also produced a sexy podcast where you can deep dive into topics such as post-work architecture, basic income in the UK, the food delivery economy and its future and more such deliciously communitarian lines of inquiry.

There are several projects that will be boosted by this grant by materially supporting the organisational, design, promotional and research labours involved.

The Autonomy team plan on coordinating and cohering the numerous ‘4 day week’ campaign groups from around Europe (e.g. in Ireland, Wales, Germany, the UK and Iceland). They will share strategies, plan collaborative actions and collectively brainstorm. They will be doing the same with radical trade unions and municipal governments around Europe – such as Barcelona, Amsterdam, as well as UK cities such as Newcastle (who have progressive mayors and MPs). They have confirmed there is a huge appetite for this kind of initiative – but there needs to be significant energy committed to organising and sharing good practice. By the end of 2020, they aim to have an active network going with at least four grassroots campaigns from a range of countries and at least one large union from either France, Germany or the UK involved. 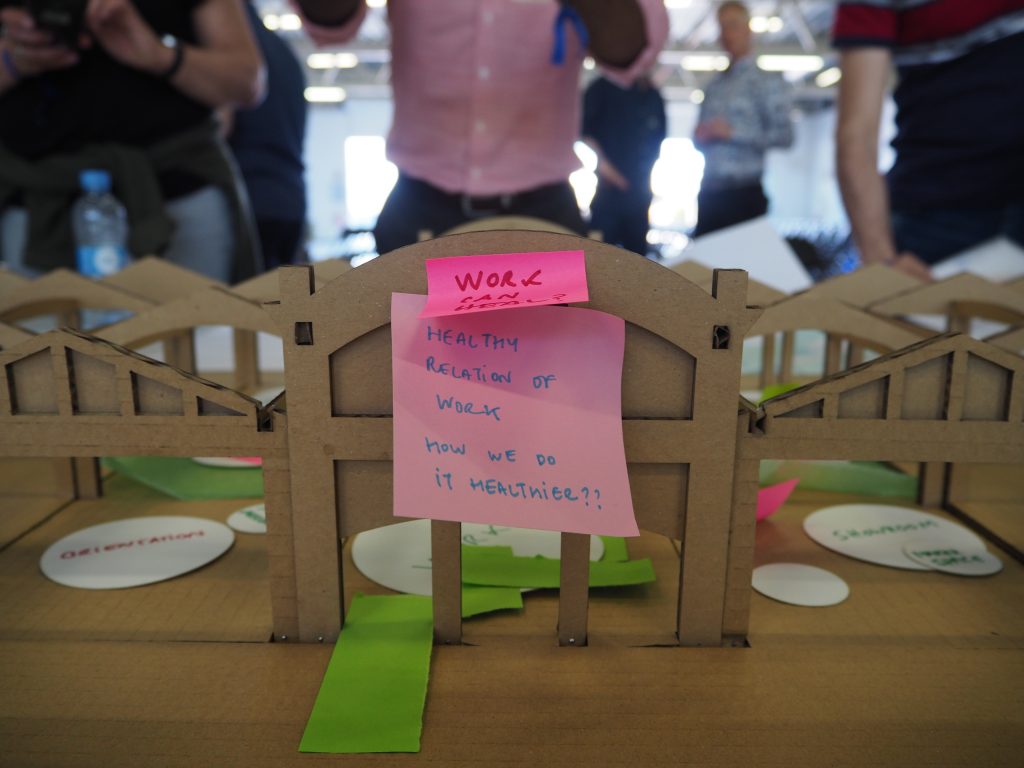 Their ongoing research/policy projects will also be accelerated and improved with the help of the grant: the staff will be able to commit more time to research, rather than spending time writing funding bids (and therefore also reduce their dependence on other incomes). The results of increased paid labour hours will mean more prolific output and an ever-increasing reach of influence into the public debate. 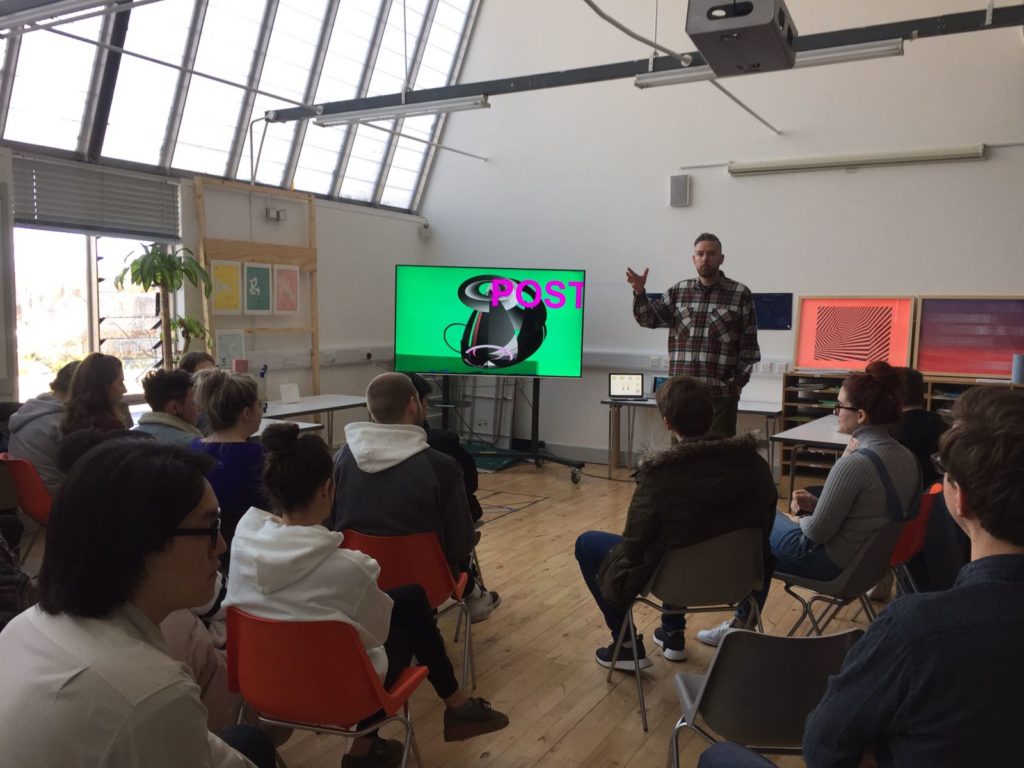 In particular, Autonomy is looking to enhance their capacity to provide invaluable, cutting-edge data analysis to radical groups that they simply do not have access to usually. This will feed into every aspect of their research and policy work; the measure of success here will be the number of projects where this data work is utilised to support progressive debates, campaigns and public interventions. 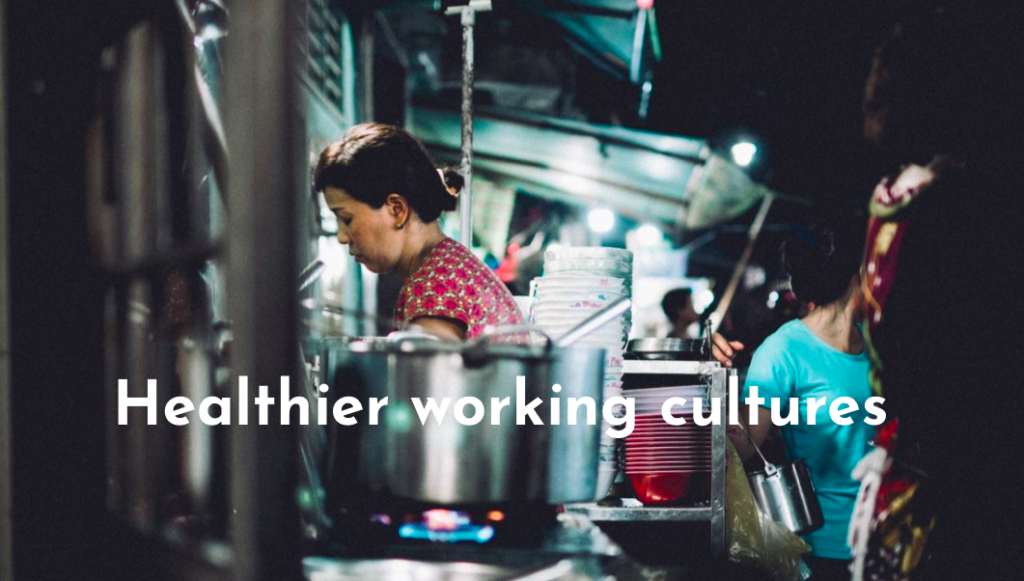 Finally, the grant will cover design and video production costs, meaning a significant improvement in their communications power. This added capacity will help Autonomy reach new audiences, communicate their ideas more effectively and – importantly – pay for the labour properly. So if you too are interested in supporting this trailblazing, hard working crew drop by their Support Us page.

And don’t forget to download and then read The Shorter Working Week report! 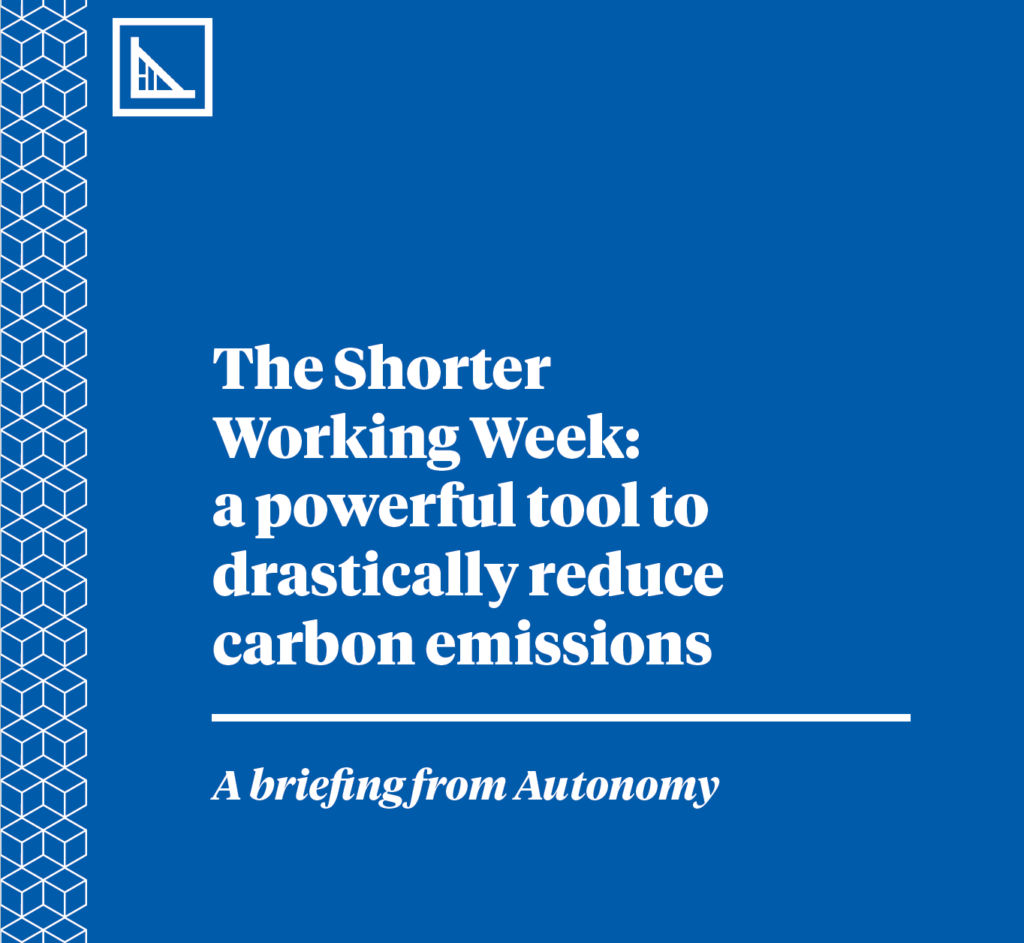