Part of the TNI Campaign to Stop Corporate Impunity

TNI was building movements before it was cool. With a four decade track record they are seasoned veterans in putting research into practice.

TNI is receiving support from us for a project on ‘shrinking space’ for dissent/activism. In particular, they want to challenge the idea that this shrinking space is only happening within typically undemocratic governments, and show that it is a more widespread and insidious phenomenon by focusing on its manifestation in Europe. TNI will implement the project within the framework [https://www.tni.org/en/publication/on-shrinking-space] it developed collaboratively through a representative international meeting held in Berlin in October 2016, and published in April 2017. The project will serve as one of common interest to many of TNI’s existing social movement partners – in Europe and across the world. The aim of the project would be to defend and/or assert basic democratic freedoms of association, assembly, speech, movement and creed. In the context of rising authoritarianism, xenophobia and right-wing populism, the issue is an urgent one, and as such the project has already begun and will evolve for as long as is required and feasible. 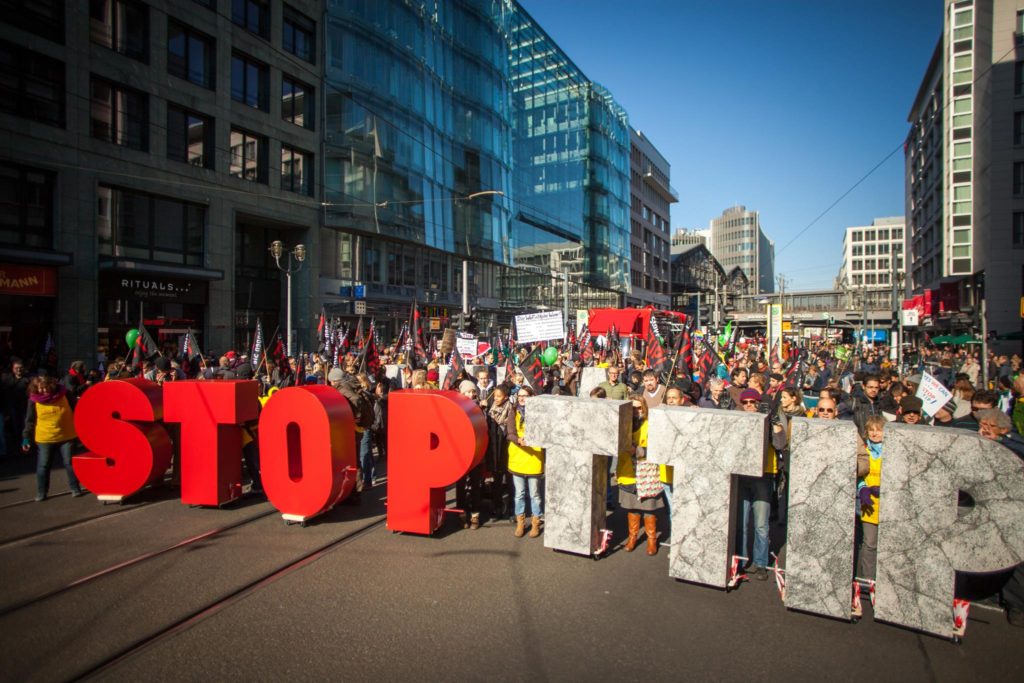 The larger 3D letters are somewhat of a giveaway, but for those who missed it, this event is part of the large anti-TTIP movement, which TNI has produced a lot of content on.

(i) documenting, publishing and disseminating illustrative cases — in relevant languages and innovative forms — which will give voice to the experiences of activists;

(iv) convening transnational workshops at cementing solidaric relationships and building the capacity of activists to articulate what is happening to them and why, and to strategise with allies about how to address the trend;

(v) facilitating engagement in spaces where ‘shrinking space’ is discussed with a view to shaping the discourse, giving voice and visibility to activist experiences and propositions, and wherever possible stimulating solidarity – this includes reaching out to different activist sectors, (I)NGOs, academics, philanthropic foundations, parliaments, governments and journalists.

Guerrilla Foundation support would be used for the European dimension of these activities and will be geared particularly to helping donors, parliamentarians, governments and broader civil society understand how the EU & its member states fit into the global ‘shrinking space’ trend, and to adjust their strategies for dealing with this phenomenon accordingly. It will also enable us to give visibility to those civil society actors in Europe most affected, offer them some measure of reprieve and/or protection, and will enable us to advocate evidence-based recommendations for defence of basic democratic freedoms in Europe. 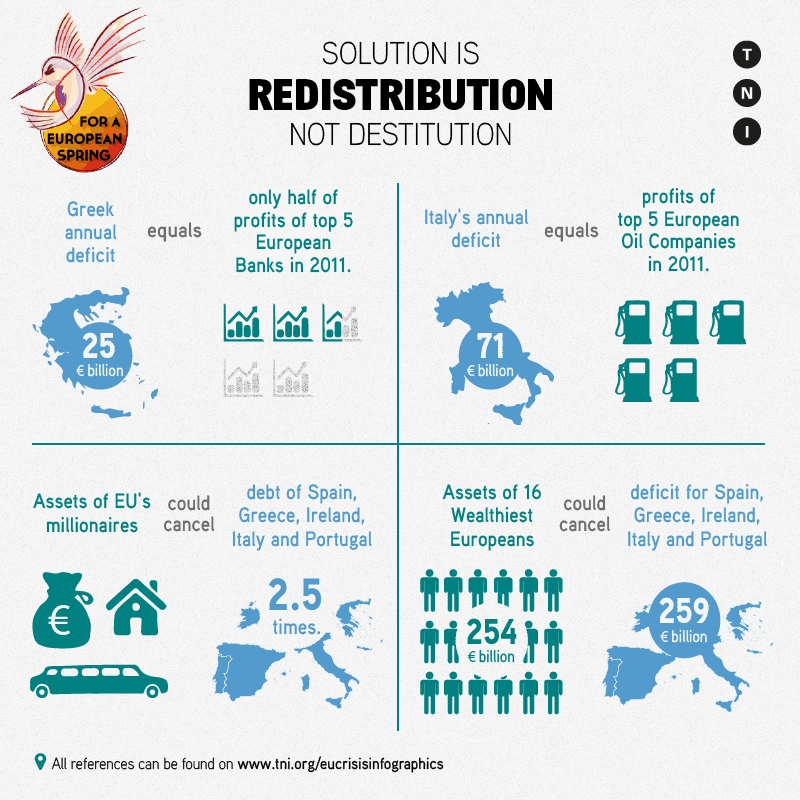 Putting things into perspective. You have to do some calculations and then you see the magnitude of the injustice and the relative ease of the solution, assuming there was political & corporate will to enact the restoration of the injustice.