Limity jsme my is a Czech climate justice movement working to address the root causes of the climate crisis by striving to keep fossil fuels in the ground. 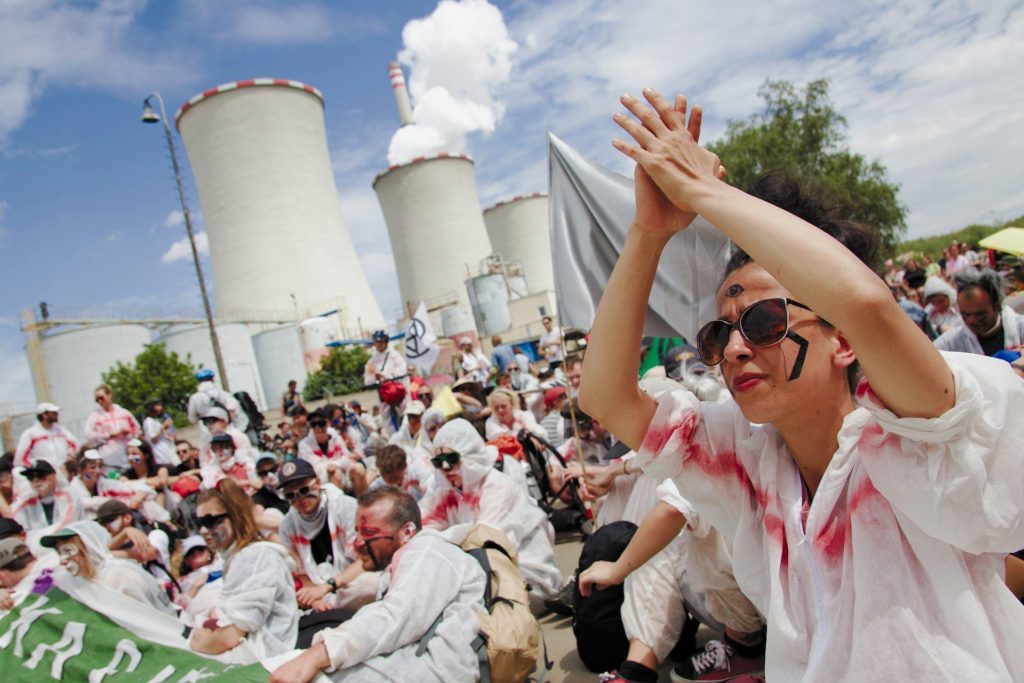 As the last year’s IPCC special report on global warming by 1,5 degree Celsius has made clear, the rapidly worsening climate crisis demands an immediate dismantling of fossil-fueled energy infrastructure and its rapid replacement by renewable energies. When taking the imperatives of equity and historical justice into account, it is clear that it is the developed countries of the Global North – including the Czech Republic – who should take the brunt of the transition: for example, emission pathways compatible with 1,5 degrees warming are inconceivable without a phase-out of coal being complete in OECD countries by 2030. 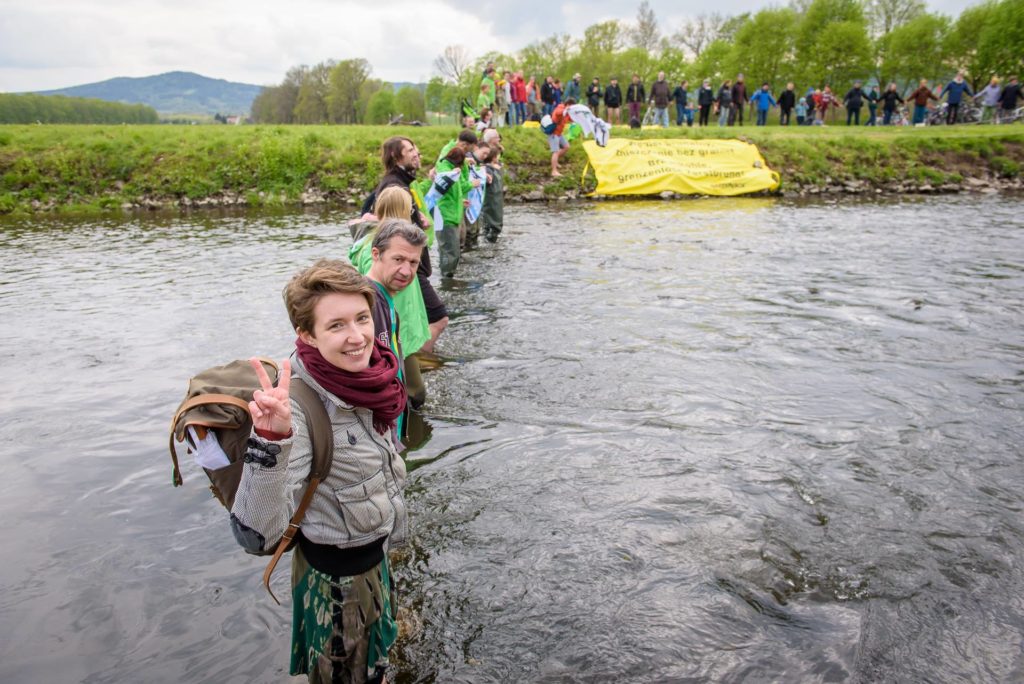 The world over, the main obstacle in executing this is the fossil-fuel industry, fighting tooth and nail to preserve its position and our dependence on dirty fossil fuels such as coal. Together with Poland and Germany, Czech Republic makes up the “coal heartland of Europe”. Due to coal, dug up in the sprawling open-cast pits of Northern Bohemia and burned in largely obsolete power-plants around the country, the Czech Republic belong to the dirtiest economies in Europe in terms of CO2 emissions both per capita and per unit of GDP. While the Czech Republic ranks as one of the largest net exporters of electricity in the world, the country’s emissions from the energy sector have remained basically the same for the past twenty years. This system is maintained by its beneficiaries: 1) energy companies making profits from bloated electricity production, 2) politicians directly or indirectly obliged to them, who are promoting an “old energy paradigm” resting on the false dichotomy between coal and nuclear but mandating the development of both 3) other stakeholders such as trade unions who are supporting the business in one way or the other. 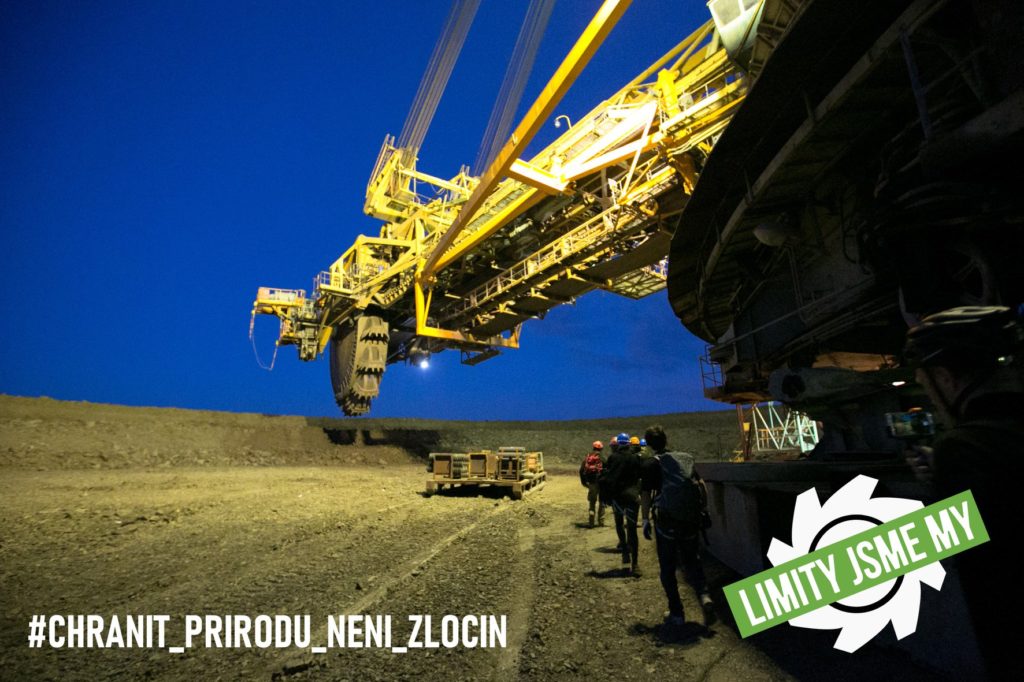 The Czech landscape is being ravaged by a prolonged drought leading to die-out of forests, water shortages, and spiking food prices. As the damaging results of climate crisis are becoming more visible and tangible, we are witnessing a growing momentum of opposition to official energy policies. Limity jsme my are channeling this newly found awareness into positive and sustained activities to change the course of energy policy in the direction of sustainable energy production. It presents an opportunity for a paradigmatic shift. And the government’s talk of setting up a “coal commission” to debate opportunities for a quicker phase-out is – while obviously being a ruse – a sign that the pressure is paying off. 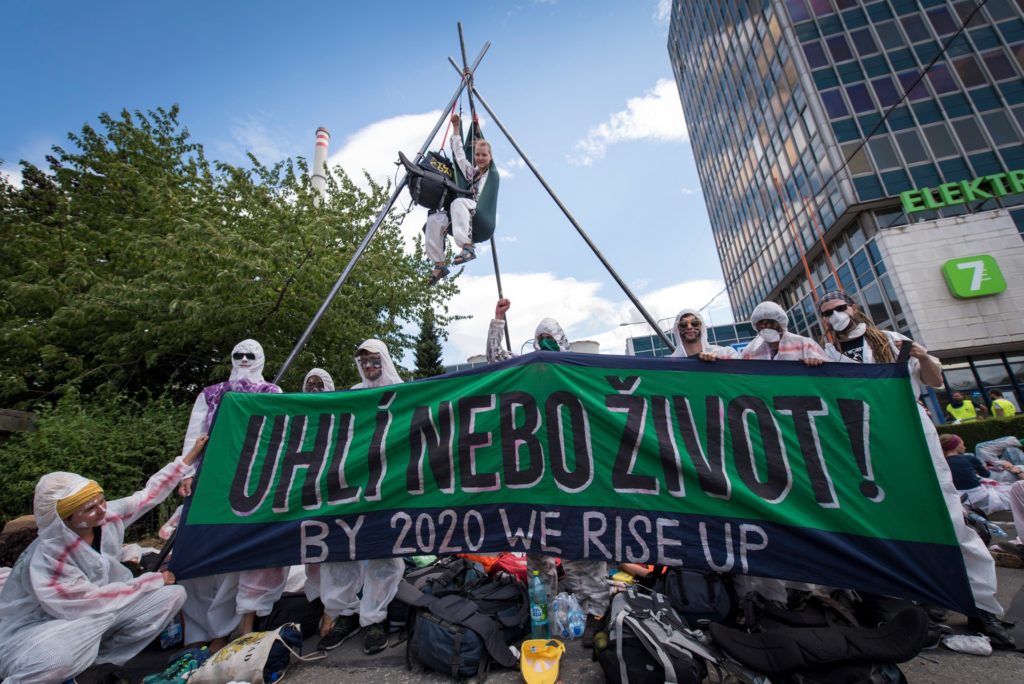 The Limity jsme my vision is an energy system fit for a sustainable, just and democratic global society. In order to achieve this, a rapid decarbonization of our economy must be coupled with efforts to address inequalities of wealth and power. On the global level, this would mean reducing emissions consistently by a fair share. On the national level, this would mean a Just Transition, which would improve the fate of economically marginalized regions and populations, free democracy from the grip of centralized private corporations and allow for more participation in decision making by means of energy cooperatives, municipal projects and other forms of “citizen energy”. 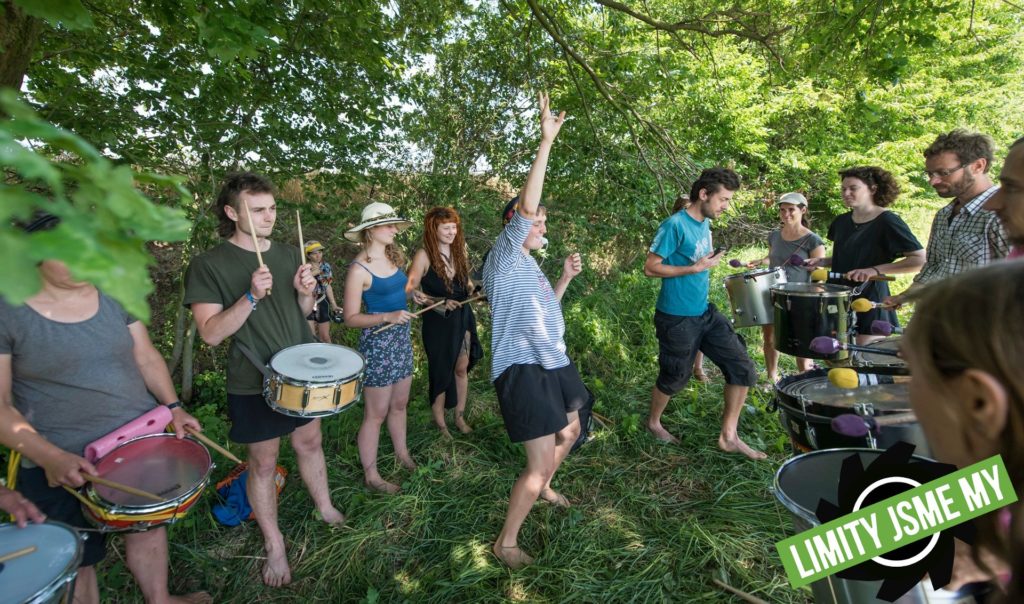 Their mission is building a sustained social movement in Czech society for an immediate coal phase-out and a just transition towards renewable energy. They are working to reshape the public discourse by connecting coal and its local impacts to the larger issue of climate change, bring attention to the failure of official institutions in addressing the crisis, build opposition to their policies and promote alternatives.

To achieve these goals, they are collaborating with nonprofits, local impacted communities and other social environments such as artists or students. They participate in concrete campaigns aimed at specific infrastructure projects such as mines and power plants, working to highlight the institutional failure of political and economic systems, mobilize support for change and push the public discourse in the direction of a paradigmatic change with respect to climate and energy policy. 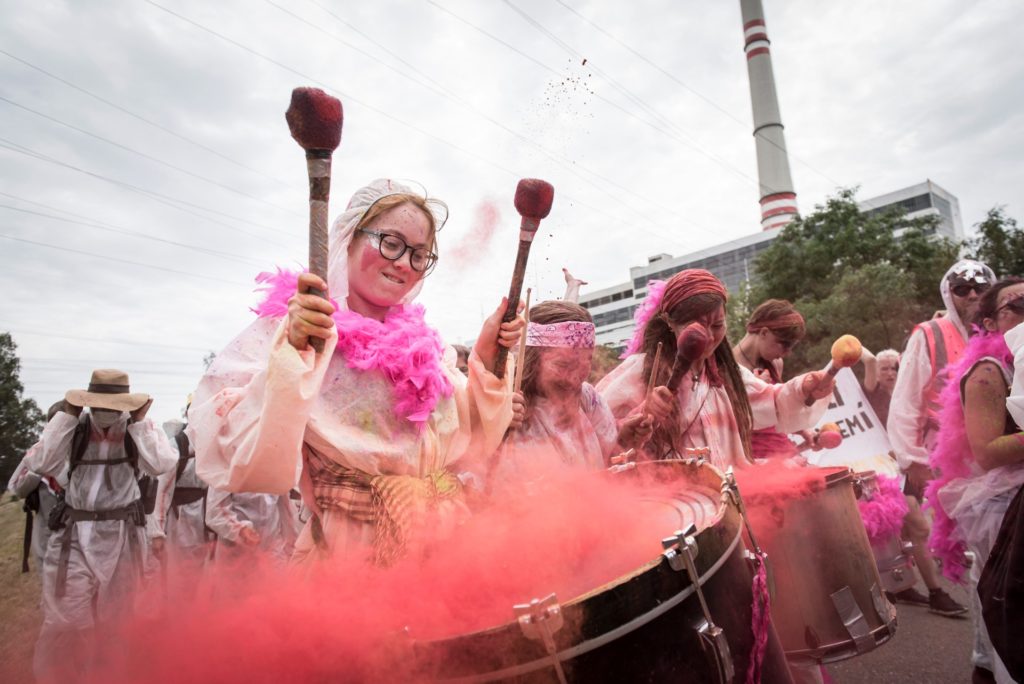 They want to contribute to a strategic escalation of the climate justice movement in the country and help it to take its roots in the Czech society. Following two smaller reflex grants that we’ve already given to this terrific team, we’re now offering larger structural funding.

In both 2019 and 2020, they aim to intervene in locally embedded struggles against the coal industry, centered around opposition to a concrete project which demonstrates the failure of political institutions to address both the climate crisis and the local impacts of coal. In 2019, they want to do this with the proven format of the Klimakemp and “action days”, connecting a “movement event” and highlighting the climate crisis with support for local initiatives struggling against a specific manifestation of its root causes with nonviolent protests. In 2020, the Klimakemp and action days might also be two separate actions, depending on strategic and organisational considerations. 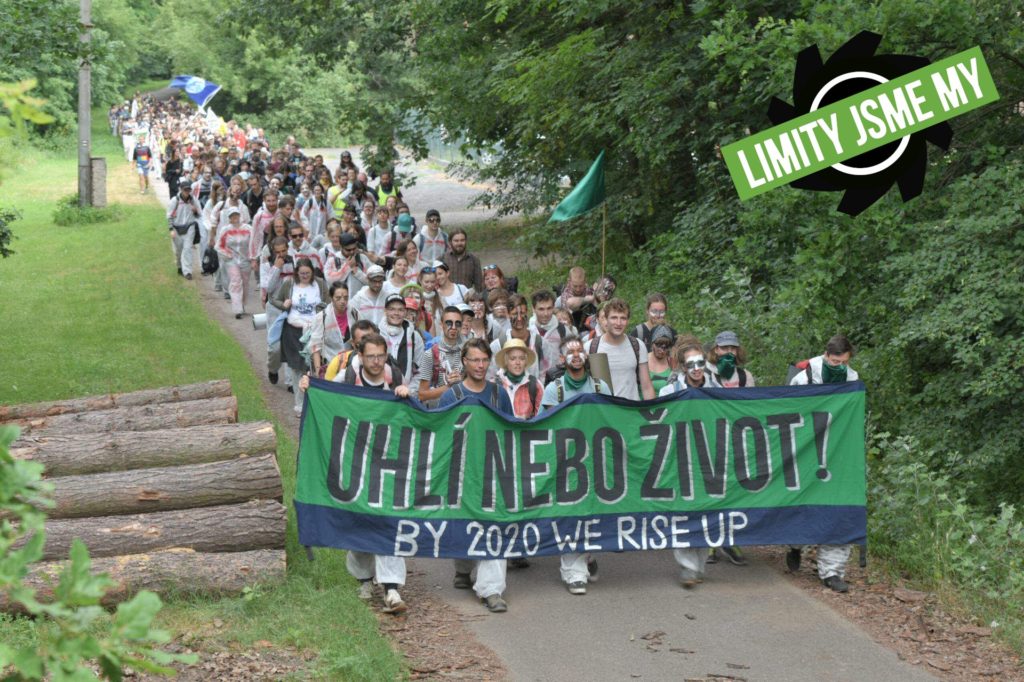 They will use these events to create spaces for both networking and education – bringing together activists from various environments, ranging from the local initiatives to the international climate justice movements – and for bold and attractive protests against coal infrastructure, putting a spotlight on the need for a profound change in the trajectory of the energy systems and strengthening the sense of a “climate momentum” in Czech society. In 2020, these protests will be connected to the international “By 2020 We Rise Up” campaign. In the meantime, the team will maintain the pressure with small “keep showing up” actions in major cities. 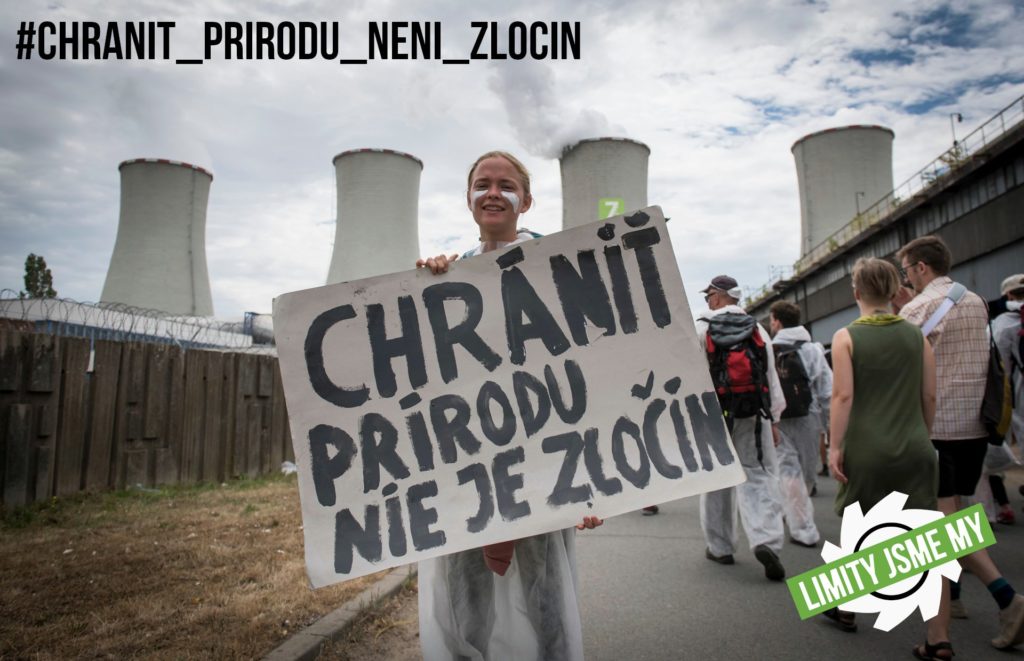 In the meantime, Limity jsme my will concentrate more specifically on growing the movement as such, helping it create sustainable structures, build capacities and reach into new areas both socially and geographically. They will do this by building new connections, supporting the organising of more semi-autonomous climate justice groups, and putting more emphasis on sharing activist skills and helping people to organise. 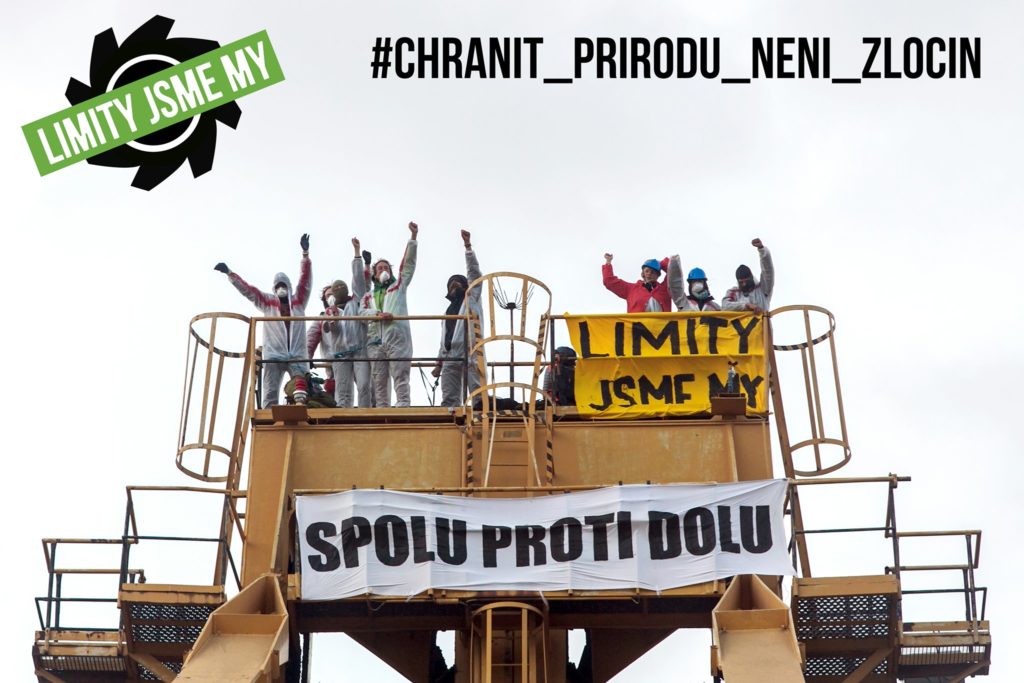 Here is a specific list of connected actions we’ll be backing. The team will choose how to use the funding best towards meeting these goals: 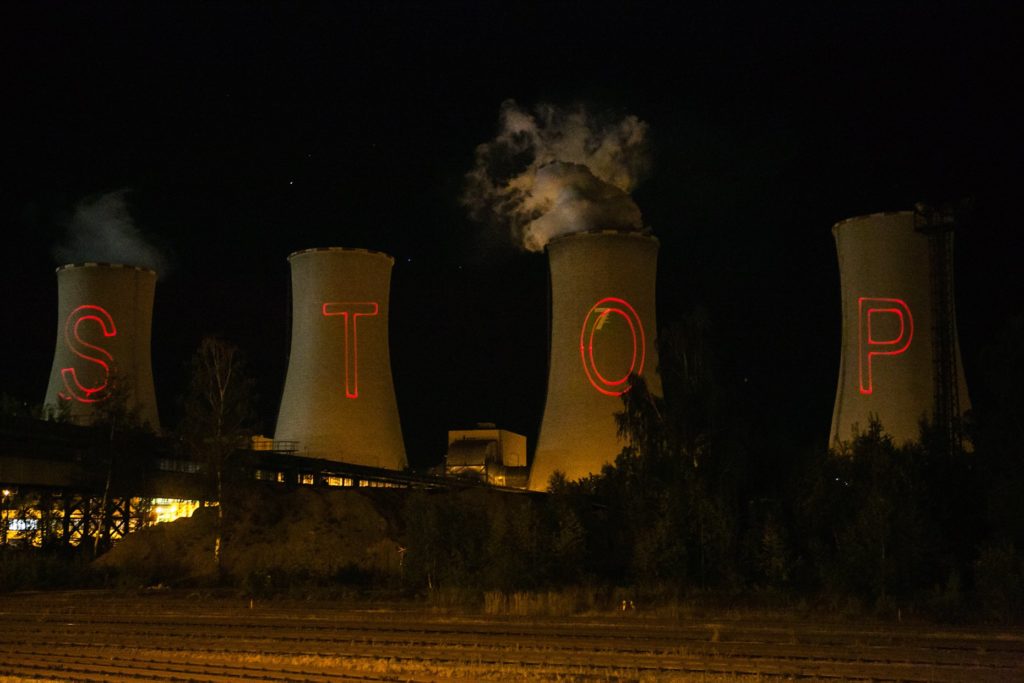