The initiative “Ne da(vi)mo Beograd” / “Don’t let Belgrade D(r)own” was formed in 2014 as a reaction to the way the urban development of the city of Belgrade was conceived and carried out, with the specific goal of preventing further degradation of public good and resources in the name of colossal, non-transparent & fraudulent urban project “Belgrade waterfront”. In previous four years they have achieved an enormous amount, especially considering that this entire effort is carried on the shoulders of volunteers most at various stages of their university studies.

A great protest organised by “Ne da(vi)mo Beograd”, commemorating a year after violent demolition, done by “phantoms” during election night in 2016.

The Waterfront Project is the most epic representation of urban development that is irresponsible and disrespectful to citizens’ needs, while at the same time the project is based on the usage of national and municipal (public) funds and budgets for enrichment of non-transparent private actors.

Don’t Let Belgrade D(r)own brought together individuals and organisations interested in urban and cultural policies, sustainable city development, fair use of common resources, and the involvement of citizens in the urban development. The initiative organised direct actions and mass protests, used legal instruments, as well as intense media campaigns, to challenge the urban development. 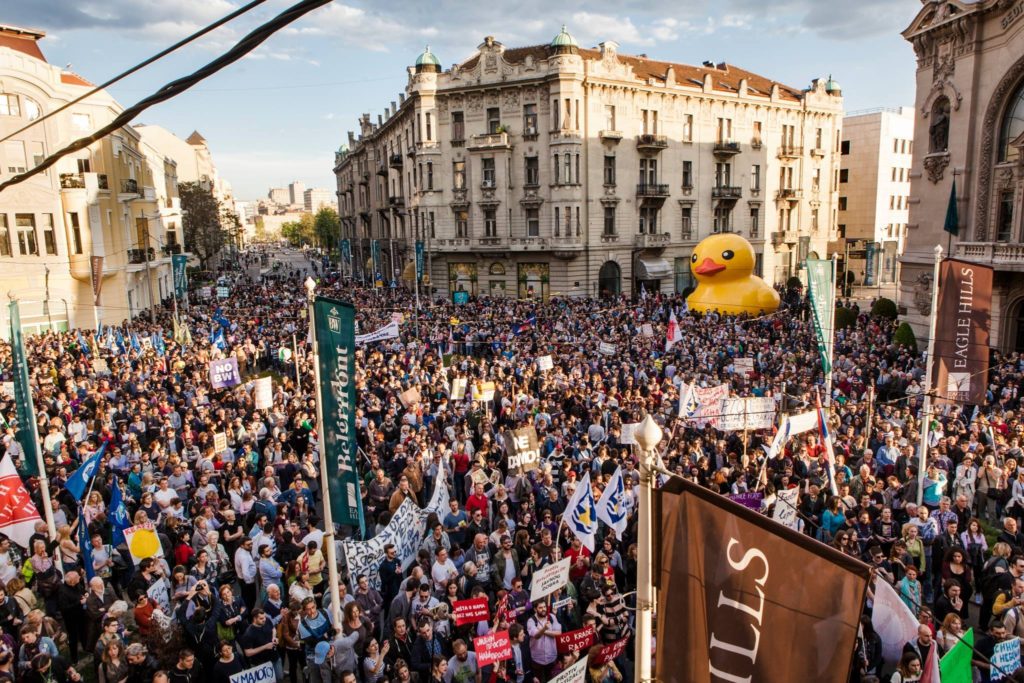 What started as an act of civil disobedience of 100 people was followed by numerous guerrilla actions, public talks, media engagement, newspapers publishing, and series of protests of more than 25,000 people in the streets (in 2016 and 2017). In September 2017, they launched an unprecedented wide consultation process / with offline consultations and online an forum https://ucestvuj.nedavimobeograd.rs/ in order to discuss with citizens ideas, programs, policies and problems in Belgrade, while preparing for elections for Belgrade Town Hall. In March 2018, they participated in the elections, proposing their program for city (https://nedavimobeograd.rs/program/), and succeeded in obtaining 29,000 votes (3.4 % of the votes). Unfortunately, they did not pass the electoral threshold (5% of people that voted), but they got their momentum going which they intend to utilise to grow and prepare themselves for the next elections for municipal town halls (there are 17 municipalities in Belgrade) in 2020. 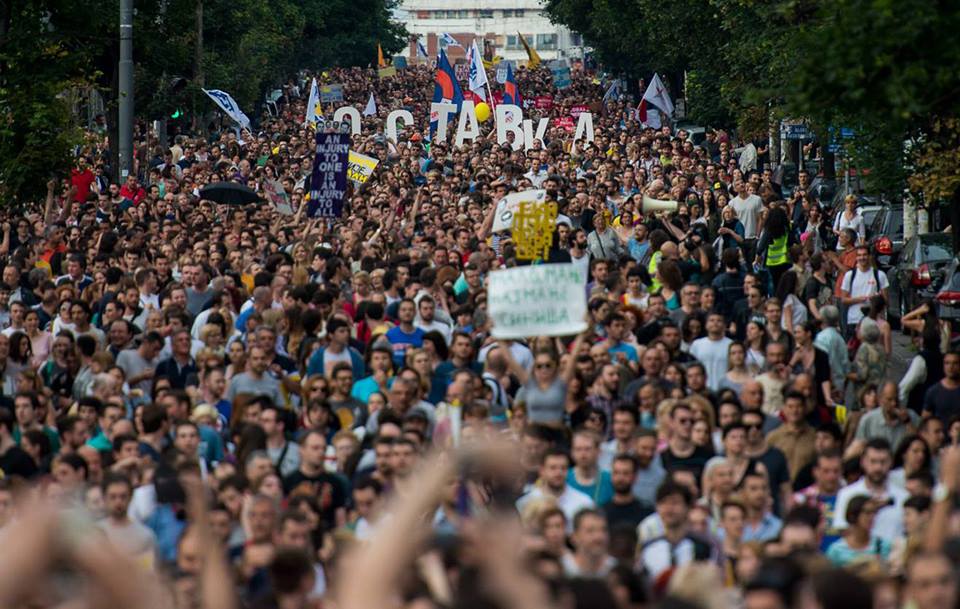 The aim of the initiative, is to develop an awareness, culture, training and exchange of know-how surrounding radical municipalism, in Belgrade, as a well located major city of the Balkan region. They wish to initiate stronger ties between progressive movements in a region that is inherently very specific, yet there are no sufficient connection between similar actors on political left. They think that potential synergy of these actors would be beneficial to the “Fearless Cities” network as a whole.
Specifically, the Guerrilla backed project would consist of two events: a four day summit in Belgrade, in June 2019 and a four day winter seminar, as a prelude to summit, in January/February 2019 on Stara Planina mountain.
The summit will be international event, while the winter seminar would be for social and political activists from different municipalities and towns in Serbia and it would function as a planning, preparatory event for Fearless Cities Belgrade in June. 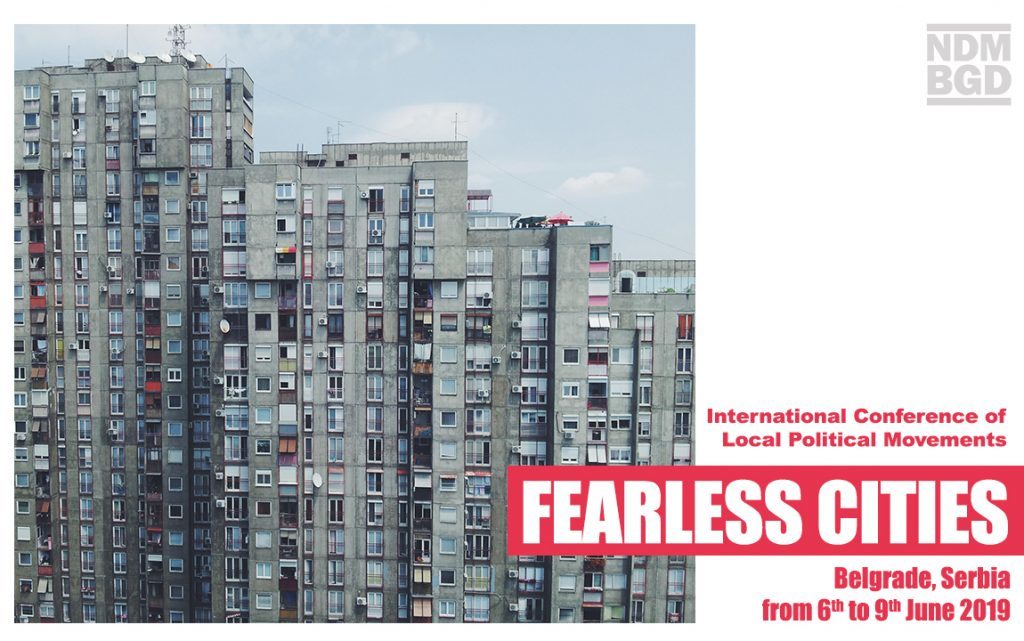 Preparatory Meeting
This part of project will result with the establishment of Program Board which will consist of academics and activists from abroad and colleagues from similar movements and initiatives from SEE in order to develop program in participative manner to respond to the needs of initiatives that will be invited to Summit but also to cover the relevant topics and issues within particular thematic pillar.

Winter Seminar for Local Activists
The idea is to work on three topics important for initiatives intention to fight for just society: 1) Organisational aspects and dilemmas: which tools and mechanisms initiatives should we develop for internal communication and relations in order make them more successful in addressing their causes? 2) Raising awareness on particular issues in conditions of extensive government-controlled media scene in Serbia 3) Public campaigns: campaign techniques and how to address different publics? In addition, at the winter seminar, they will agree on who will participate and/or moderate talks and workshops that will be organised as part of the summit.

Fearless Summit
The summit will have special focus on political struggles in South East Europe, due to similar social and political circumstances in this region. They are aiming to invite around 20 people from the most important and promising municipal initiatives from SEE, but also to have keynote speakers from well established and successful movements that emerged in recent years in Europe.
Movements and initiatives will include: “Zagreb je Nas” from Croatia, “Save Rosia Montana” from Romania, “Barcelona en Comu” from Spain, “SPASI Sofia”, from Bulgaria, “Miasto Jest Nasze from Poland”, “Združena levica” from Slovenia, “Crvena” from Bosnia and Hercegovina, “Plostad Sloboda” from Macedonia, etc..
The program of the summit will consist of three thematic pillars: ‘Saving Democracy – bringing citizens back in politics through participatory democratic practices’, ‘Commons and Municipalism’ & ‘Organising for Change’.

Working formats at the summit will be debates that will be open for public and workshops intended only for representatives of movements and initiatives to allow in-depth analysis of current challenges that they are facing. In addition, the program will have evening cultural events and daily urban tours. The four-day June summit, will be attended by over 100 activists and attract more than 200 other interested ‘general public’ individuals. All activities have been broadcast by the media, so the news item on events is published in at least 2 TV channels, 4 daily newspapers, 2 influential weekly, and 3 internet portals dealing with urban development issues and local politics. You can read more about the summit that took place here. 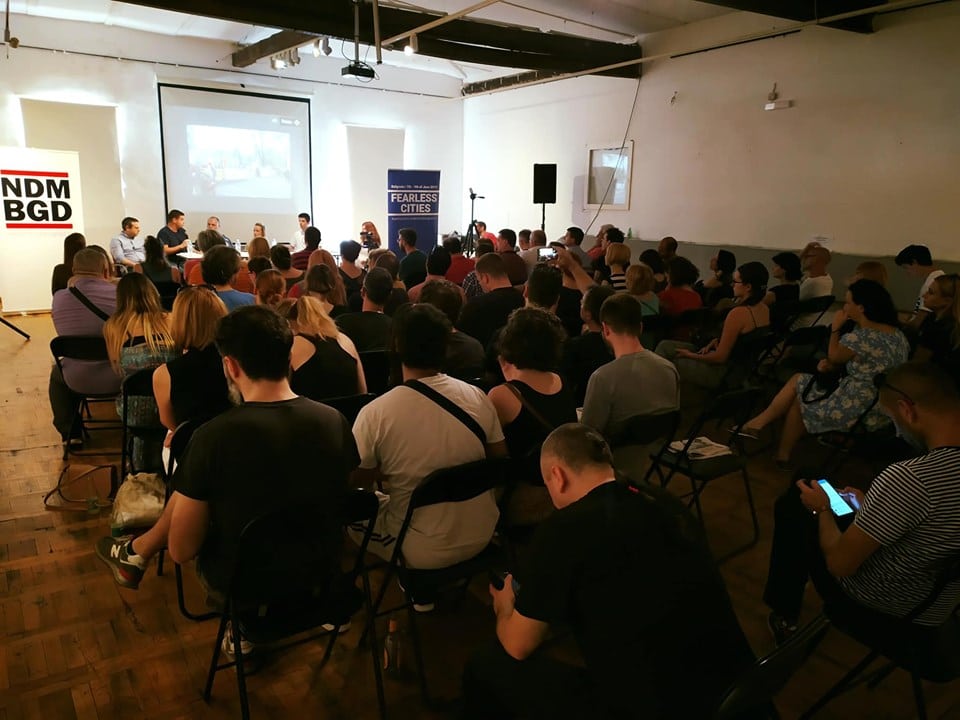