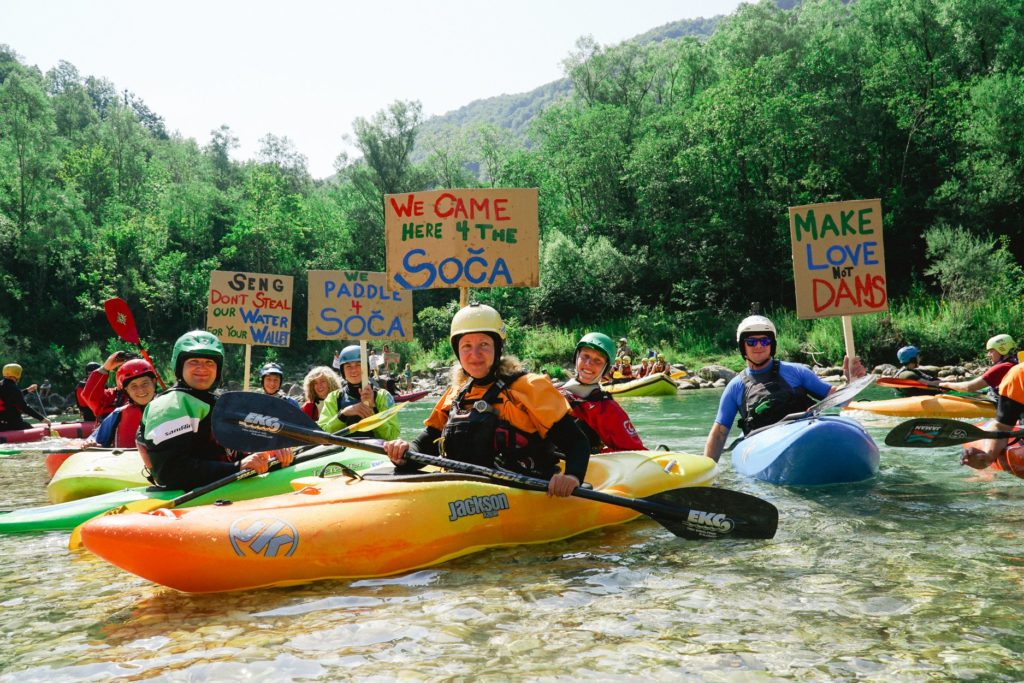 This wild crew’s mission is straightforward: 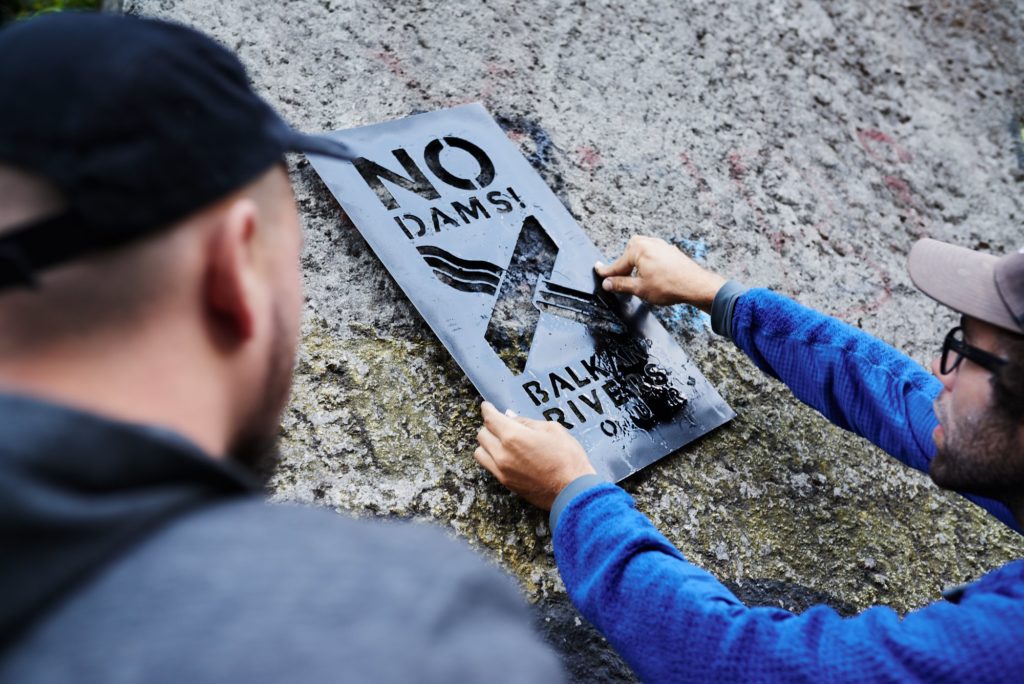 Balkan River Defence (BRD) addresses the root cause of new damming projects in the Balkans by using media and large, visible direct actions, targeting a specific message directed at local decision makers, politicians and governments. Each BRD action–either on their annual month-long Balkan Rivers Tour or throughout the year–is followed by a pre-planned national and international press conference, meeting or round table discussion. In this way, BRD forces decision makers to sit down with the locals who are faced with the direct implications of dams, but who are often ignored. BRD directly affects change by not only exposing the issue of dams in remote regions of the Balkans, but by producing direct dialogue with decision makers and officials about river protection policies and legislation. They connect and support community-based organisations fighting for river conservation, ensuring commitment to lasting, long-term change. 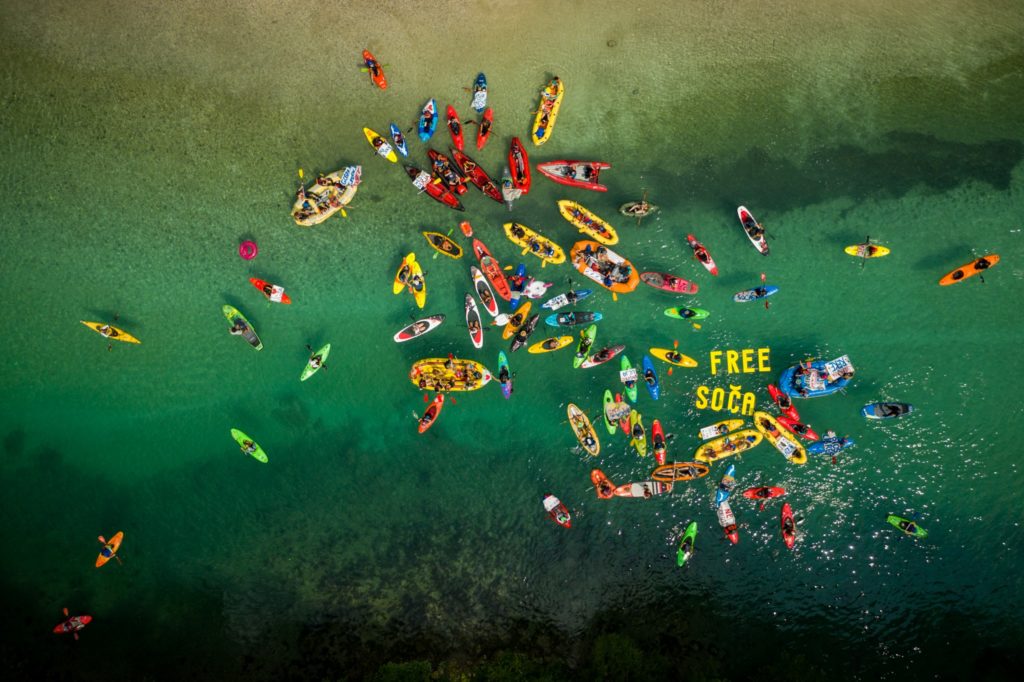 They are also working to dispel the myth that hydropower is green energy through their feature length documentary, The Undamaged. The BRD crew also support the small, community-based river conservation efforts through financial help, media coverage and sharing news, petitions or issues. The villagers fighting on the ground are the noble warriors of this cause, and supporting them is an integral part of BRD’s mission.

– BRD has contributed to the cancellation of 7 dam projects in Macedonia, Albania, Slovenia, Montenegro and Bosnia and Herzegovina.
– BRD has set up and continues to orchestrate Europe’s largest grassroots river conservation network and campaign; Balkan Rivers Tour. From 2016-2019 over 3,600 participants from 27 nations participated in 120 days of events where nearly 1,500 kayakers paddled 1,090 km of 43 different rivers.

– The crew is dispelling the myth that hydro is green energy to a new audience; the outdoor sports community. BRD’s actions have fostered the growth of a network of recreational river users, conservation organisations, and passionate locals across the Balkans and Europe who work together year-round, to keep decision makers accountable and to spread awareness on the importance of protecting rivers of the region. Their actions have also been published in BBC, Spiegel, Times, Guardian, Outside, Sidetracked etc. 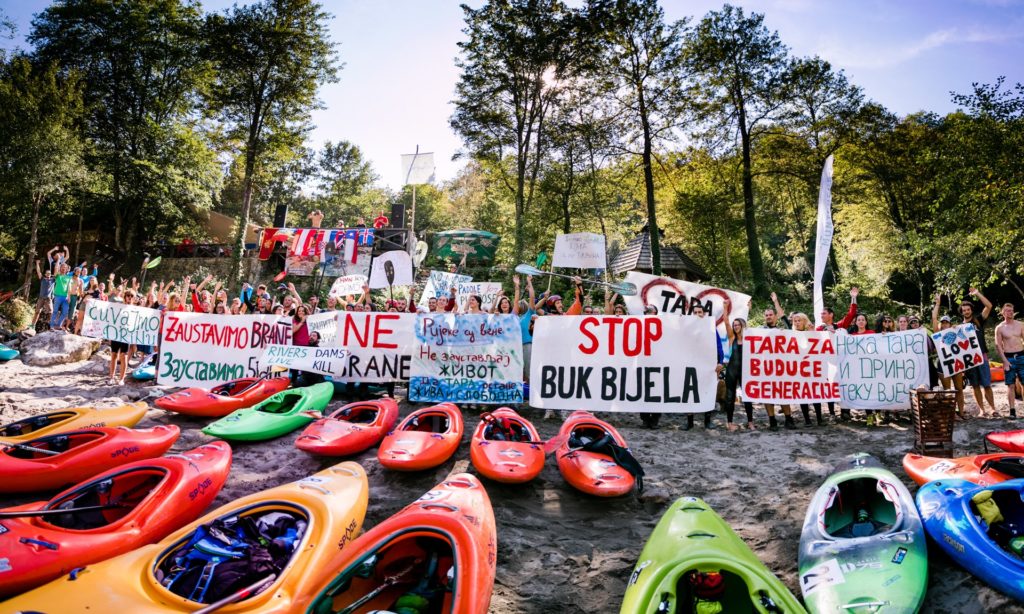 – BRD has become a key player in the river conservation discussion globally and was invited to speak at the EU Parliament in Brussels for the 2019 Water Framework Directive fitness check and secured a meeting with the president of the Slovenian National Assembly ultimately contributing to the cancellation of a dam planned on the Mura River.
– BRD’s documentary, The Undamaged, has been viewed by over 70,000 people in 37 countries, in 10 languages and was selected for 33 film festivals where it won 11 international awards. 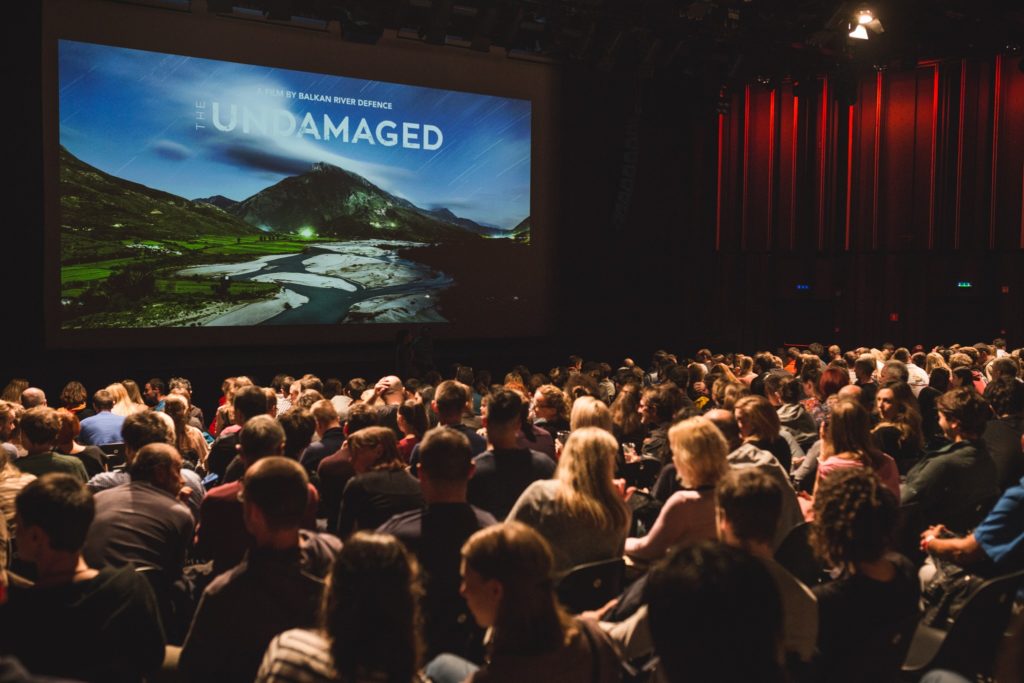 Our funding will be channeled towards the “SAVE NE DAMO” (We Won’t Give Sava) mass communication campaign aimed at stopping the flow of investment and discouraging support for the 14 proposed dams on the Sava river.

By including the active groups/individuals in the Balkans (that BRD already work with) in the design process, they ensure each message is locally focused, written in the local language and aimed to have the greatest impact; be that education, discouraging investment or publicly shaming corrupt decision makers/politicians. Each message will be intelligent, educational and thought-provoking and specific to each segment of the river. 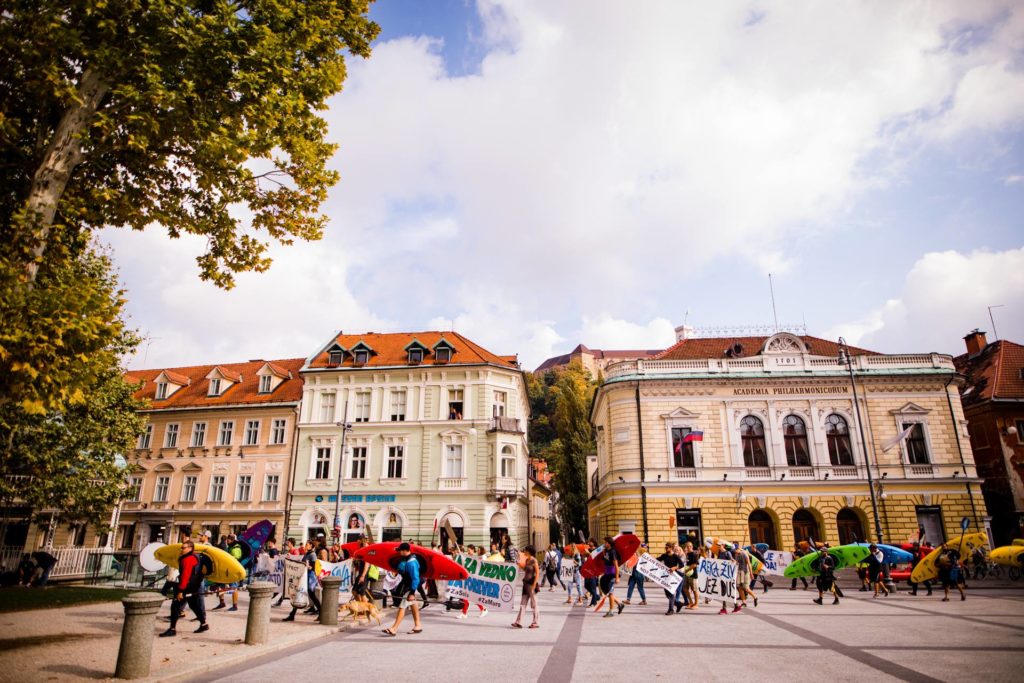 The project budget centres around 50 mega banners (1.5m high and 6m long) suitable for rock walls, bridges, barns and hay racks. They will be printed in Slovenia then mailed down to the other Balkan countries. In this way BRD will connect the individual fights for the Sava River across all 5 countries that comprise the Sava catchment (Slovenia, Croatia, Bosnia and Herzegovina, Serbia and Montenegro), in the same way the annual Balkan Rivers Tour does, just without having to travel or break quarantine rules. 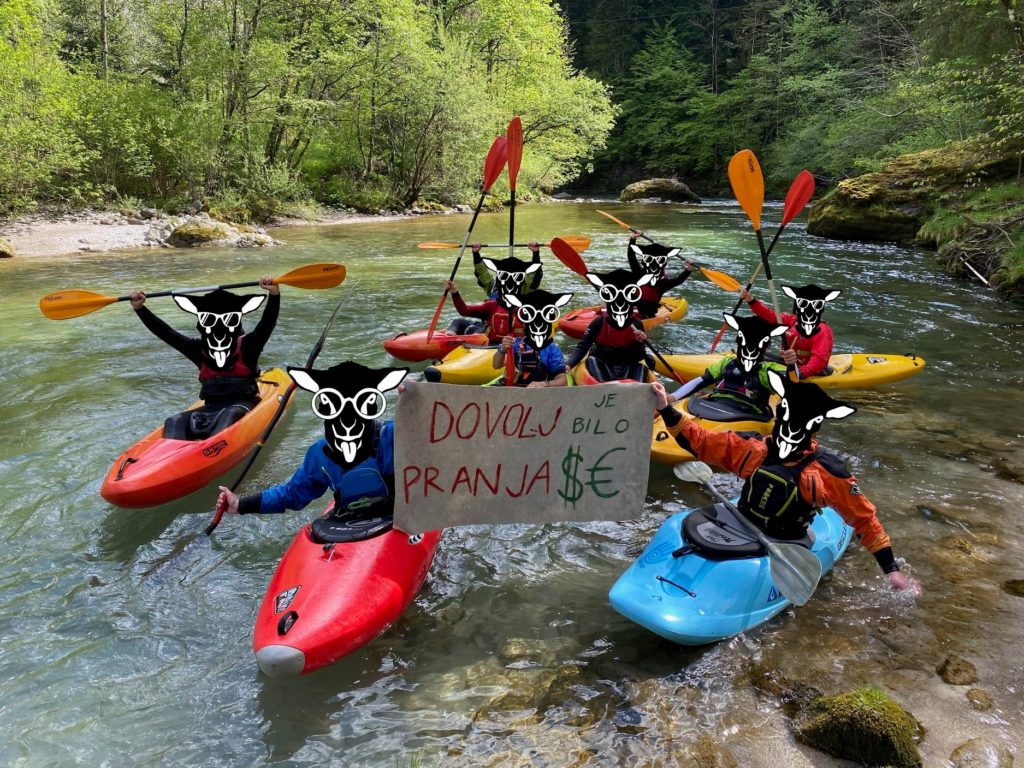 As the campaigning world has shifted to operating almost exclusively online during COVID19, this campaign gains strength and effectiveness by operating via a ‘tangible’ form of communication. Facebook is more than ever inundated with posts, and BRD posts (boosts) are often blocked, because they have been labeled as a political organisation. Real banners hanging on barns and walls that people will see when they go to the shops, will have a lasting impression, become a topic of conversation locally and challenge current perceptions of dams. They will evoke pride for the Sava River and also offer locals something to think about in a time when media is dominated with stats and info about coronavirus. 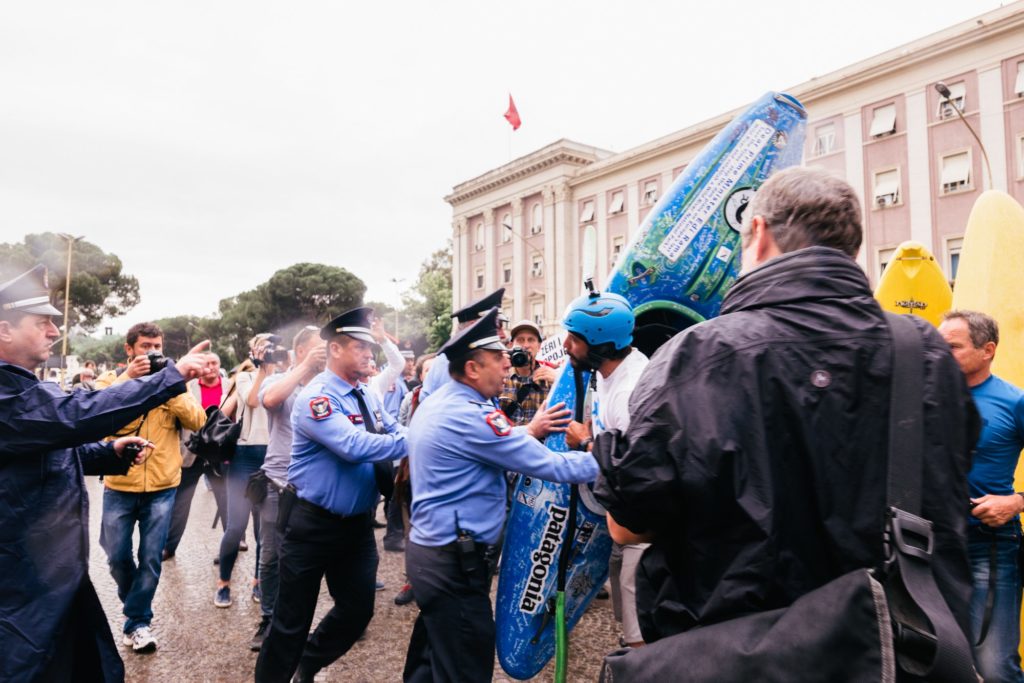 These banners – directed at all levels of government and citizens – will encourage discussion about alternatives to hydropower as well as proper environmental assessment and evaluation procedures. Some banners may expose breaches in EU directives and conventions like Aarhus Convention, Water Framework Directive, Habitats Directive, and various national conventions as well as exposing dam plans in National Parks and Natura 2000 protected areas.

The key goals are to (a) reach a wide audience, (b) discourage investment, (c) pressure government and show that there is a united group (organised, effective, bold, connected and resourceful) working TOGETHER to protect the Sava. 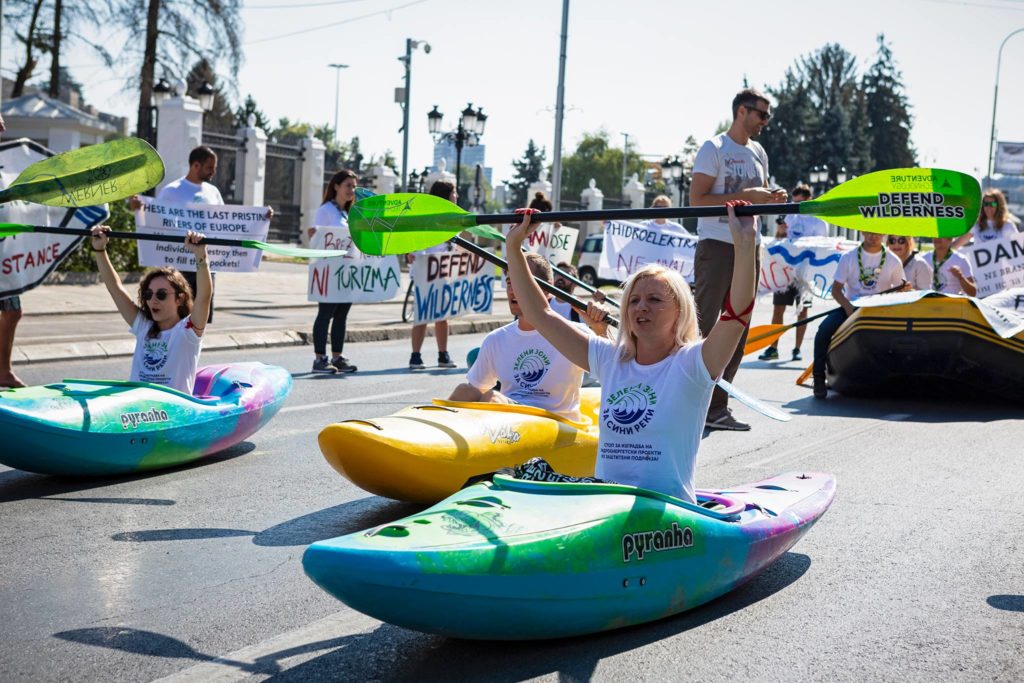 Some project success indicators are:
– Cancellation of dam plans on the Sava and tributaries.
– Local pro-river movements gaining followers, awareness and support (observed through their social media following and interactions.)
– If banners are taken down or if BRD banners make it into media, they will know they are reaching more people and pushing the right buttons; being provocative and yet constructive. 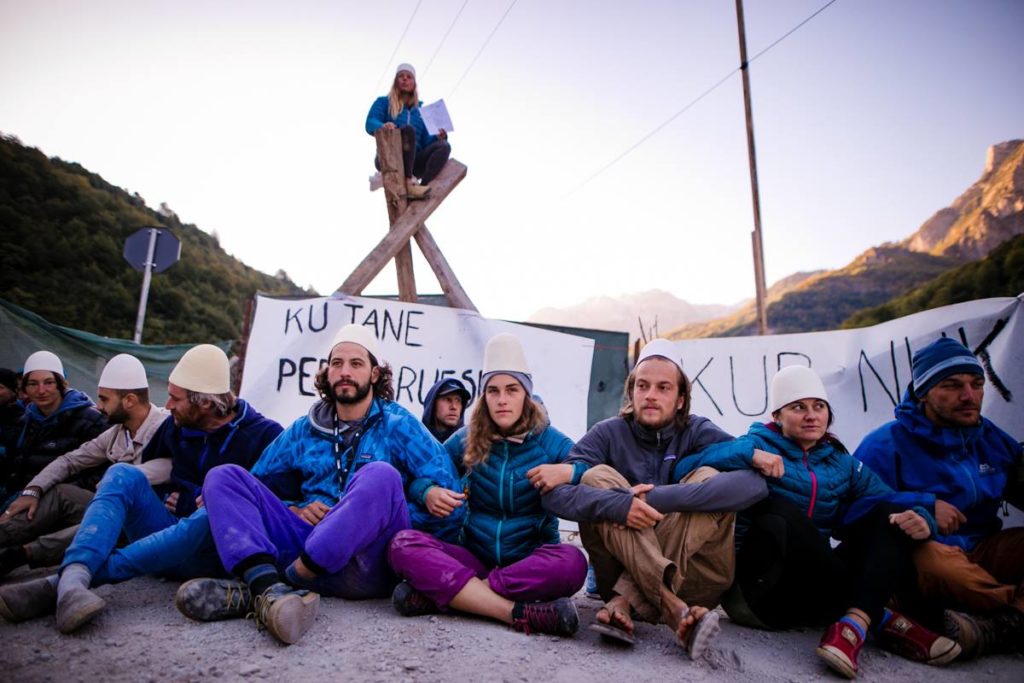 The dam construction projects in the Balkans are fuelled by corruption and used for money laundering with much of the energy exported and sold. Details can be found in these articles:
1. European-financed small hydropower plants damaging pristine Balkan landscapes.
2. New report: hydropower subsidies wreak environmental havoc and line influential pockets in the Western Balkans.

Moreover, the new Slovenian government under the leadership of Janez Janša has shown strong determination in the field of energy, especially the construction of hydroelectric power plants. They have appointed Andrej Vizjak as a Minister of the Ministry of the Environment and Spatial Planning, who used to be Head of the Investment and Development Department at HESS (Hydro power plants of Lower Sava) and Blaž Košorok, the former director general of HSE (Holding of Slovenian Power Plant), became Secretary General of the Ministry of Infrastructure. So, a large focus of the ‘Save Ne Damo’ campaign will focus on Slovenia because this is where the greatest threats to the Sava now come from. More details here.

And most importantly, if any of this has floated your boat, and generosity is flowing in your vein rivers right now, consider supporting the BRD team here directly. 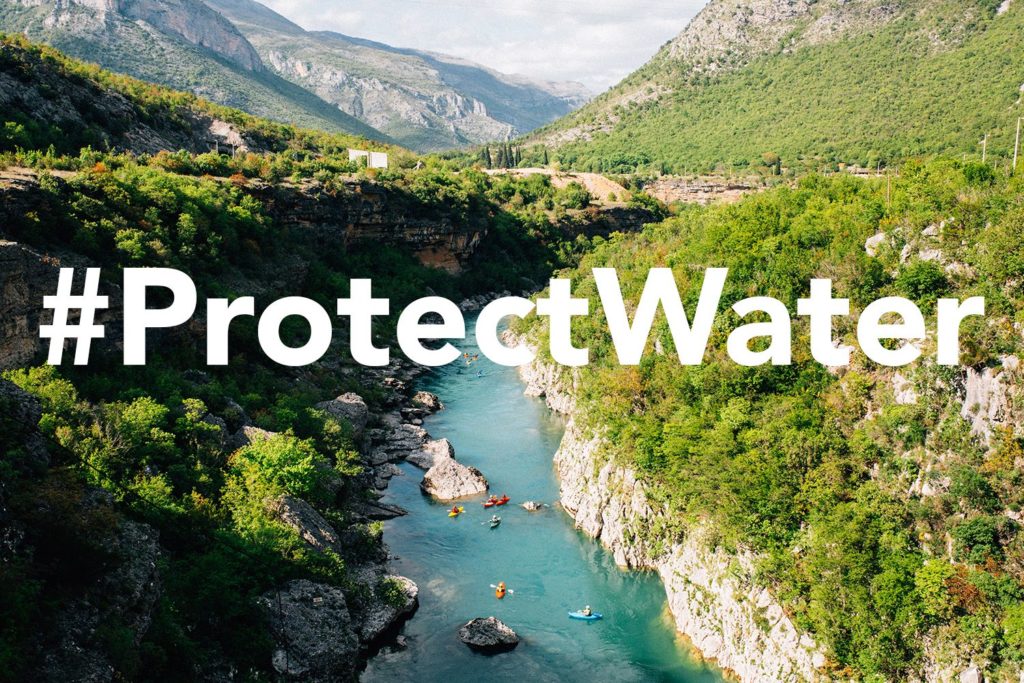