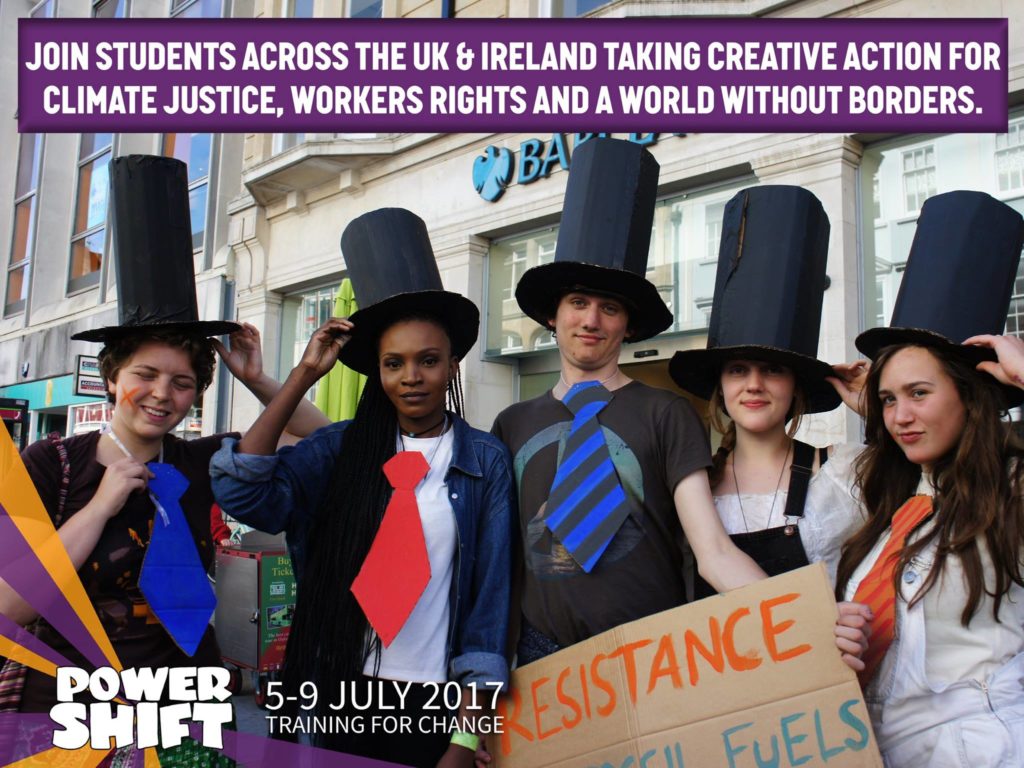 Power Shift – Training for Change brought together student campaigners from across the UK, connecting them with each other and with other people taking action on social justice issues from across the globe. In the summer of 2017, the event focussed on the interconnected nature of the issues P&P campaign on, by joining the dots between climate change, workers’ rights and migration.

Power Shift was attended by over 70 students, equipping them with strategic campaigning skills that enable them to organise effective campaigns on their campus, including campaign planning, communications, creative action, lobbying and non-violent direct action. The event also focussed on building strong, sustainable and diverse movements with focussed training on collective liberation, power and privilege and sustaining activism.

The Guerrilla Grant was used for:
• A consultant and speaker to assist the development and delivery of Power and Privilege and Collective Liberation workshops.
• A consultant to support accessibility of Power Shift for frontline migrant support service users, disabled youth and and under-represented groups, as well as acting as a wellbeing officer during the event.
• A full ticket and travel scholarship to attend Power Shift for frontline migrant support service users, disabled students and other under-represented groups.
• An exciting panel of speakers on the topic of migration including representatives from Movement for Justice and Migrant Rights Network
• Minibus hire for staff travel and for transporting attendees to the site who need support accessing it.

Collective Liberation and Power & Privilege
All attendees participated in both the Collective Liberation and Power & Privilege workshops. These were designed to introduce concepts of power and privilege to the student network, how these may play out within their campaign groups and in wider society, and then equip students with the tools on how to overcome them, seeking to build diverse and empowering movements able to challenge oppression.

Students on average rated both of these workshops 8.5 out of 10 and were described by one participant as “eye-opening”. From this, P&P have since been asked to deliver similar trainings at events by students in our network and by external organisations, further enabling them to embed these principles and ways of organising within their own student network and to other groups working in climate and social justice.

Migration panel
The panel of speakers was made up of representatives from War on Want, Movement for Justice, Migrant Rights Network and Platform. The panel was designed to deepen the understanding, awareness and knowledge of attendees in areas related to migration, as well as the ways in which the issues intersect and relate to other aspects of their campaigning activity, including climate justice and workers rights. It was additionally used as a platform to launch new local Undoing Borders campaigns, and campaigns have since started at 6 different universities. Described by one participant as “inspiring from start to end” and “the best part of the week” by another, the panel was rated on average 9.5 by attendees. 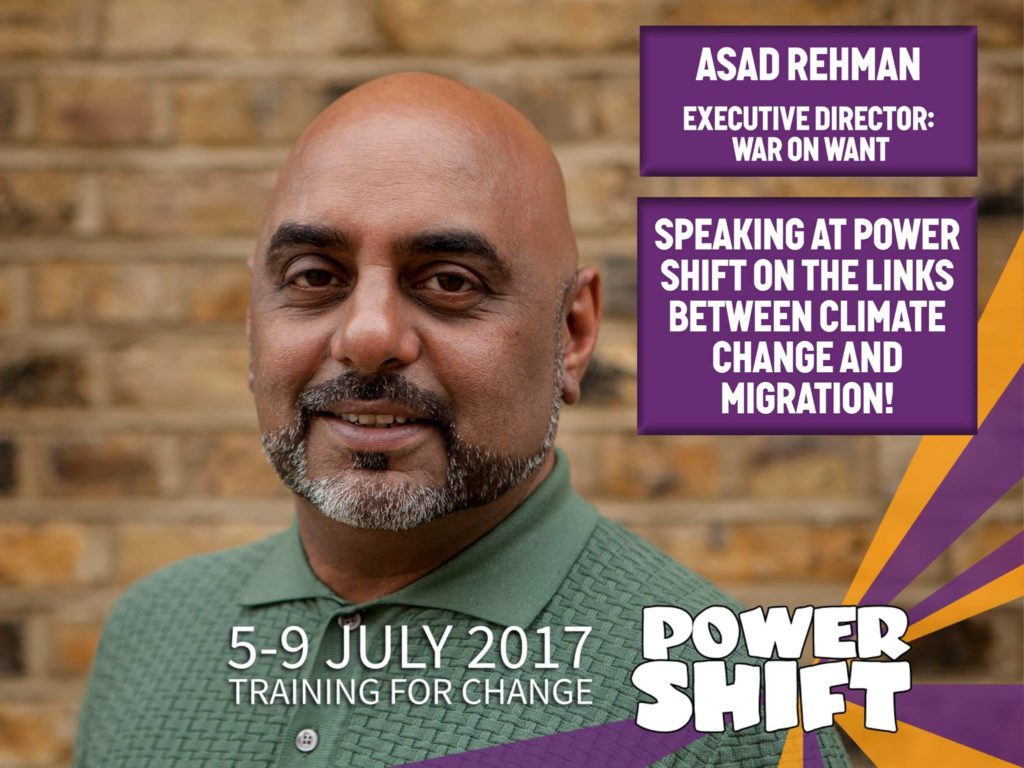 Accessibility and Young Migrants
Four young migrants who otherwise would not have been able to attend were provided with fully funded travel and tickets. Two of these young migrants have gone on to be deeply involved within the student network, becoming participants in our Regional Organiser programme and attending a further four day training in August. In that capacity they are now leading on organising a training and mobilising event in London and the South East in November 2017 as part of a wider committee, as well as delivering training and outreach to other student groups in their region.

The access support offered to these and other Power Shift attendees along with the consultant was invaluable in enabling the event to be as open and accessible as possible, including enabling students to access the site through our minibus provision that otherwise wouldn’t have been able to attend. Additionally, this improved levels of participation from many students.

Describing his participation in the event, Abdi Rahman Ibrahim said: “I learnt a lot. I learnt how to actively prepare for things that are coming up and that we need to be well prepared. I learnt how we can achieve more things as a group and that we can achieve […] anything that we want as a group. I was expecting it to be just a small group of people who wanted to change things. I found it much more than that. It was above my expectations.” Another migrant youth participant Omed Ahmed Rawrami described the impact the event had upon him: “I feel so much more confident. 100%. The company of everyone encouraged and supported me on how to make a good campaign.” Omed, one of our new regional organisers also described his experience in that role: “I got lots of ideas from my new friends in People & Planet and that build my confidence a lot. I am excited to run workshops with everyone in the network that I met and running the Regional Event with everyone.” 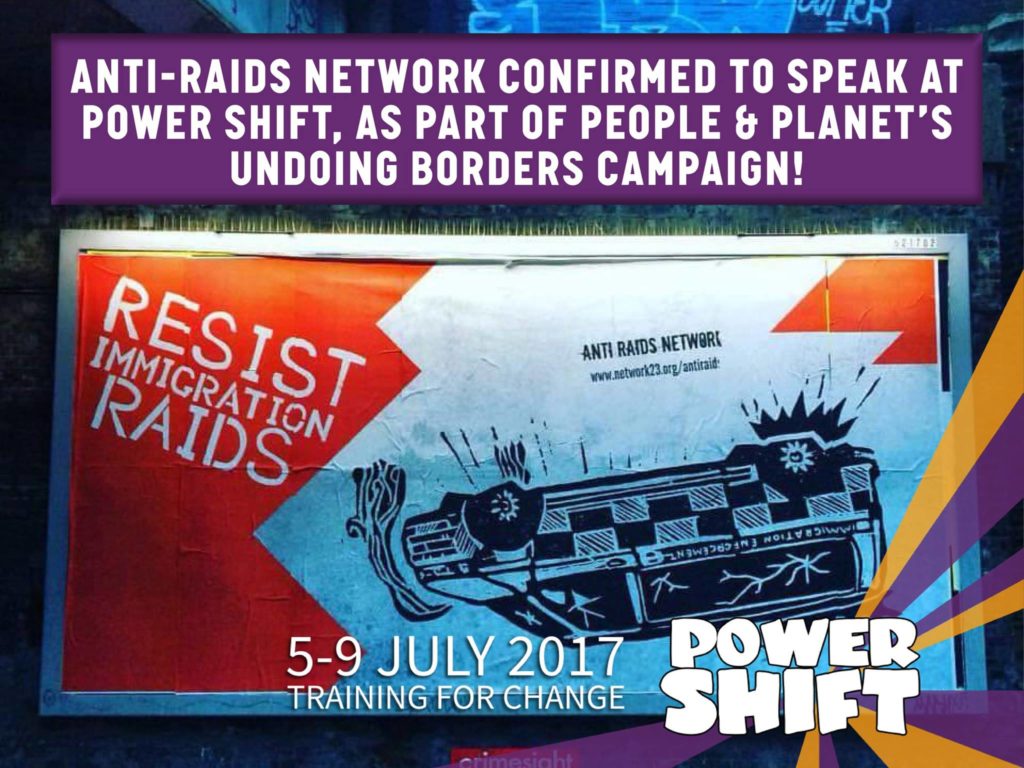 Wider outcomes and future developments
Power Shift 2017 has significantly strengthened, developed and diversified P&P’s student network, reaching onto new campuses, connecting with different communities and branching into different levels of education. Since Power Shift, they have achieved the following:
• 16 new students campaigns established at institutions including University of Edinburgh, Bristol University and Bath University.
• Recruited 23 regional organisers who have had additional training in running events and delivering training.
• Confirmed 50 outreach visits and workshops to student groups across the UK and Ireland.
• Begun to work with further education students in the Regional Organiser team.
• Initiated a project of work to produce printed and digital resources on the principles of collective liberation, and how students can embed these into their campaigns and organising.
• Debriefed and built an action plan around how they can improve access to future People & Planet events.

The People & Planet staff team debriefed extensively our experiences at Power Shift and took several key learnings from the elements of the event described above:
• For a number of years, People & Planet have incorporated caucuses for people who self-define as different groups that experience oppression at their events – spaces where students can come together, discuss the barriers to participation they face and how they could be addressed. Through student participation in our Collective Liberation and Power & Privilege sessions, it became clear that they wanted a greater emphasis placed on these spaces, more clarity and structure regarding what they can be used for and for them to be better integrated through event programmes.
• To improve access to events, they need to be clearer in advance about transport arrangements and what they can offer to support participants with access needs getting to the site or venue. 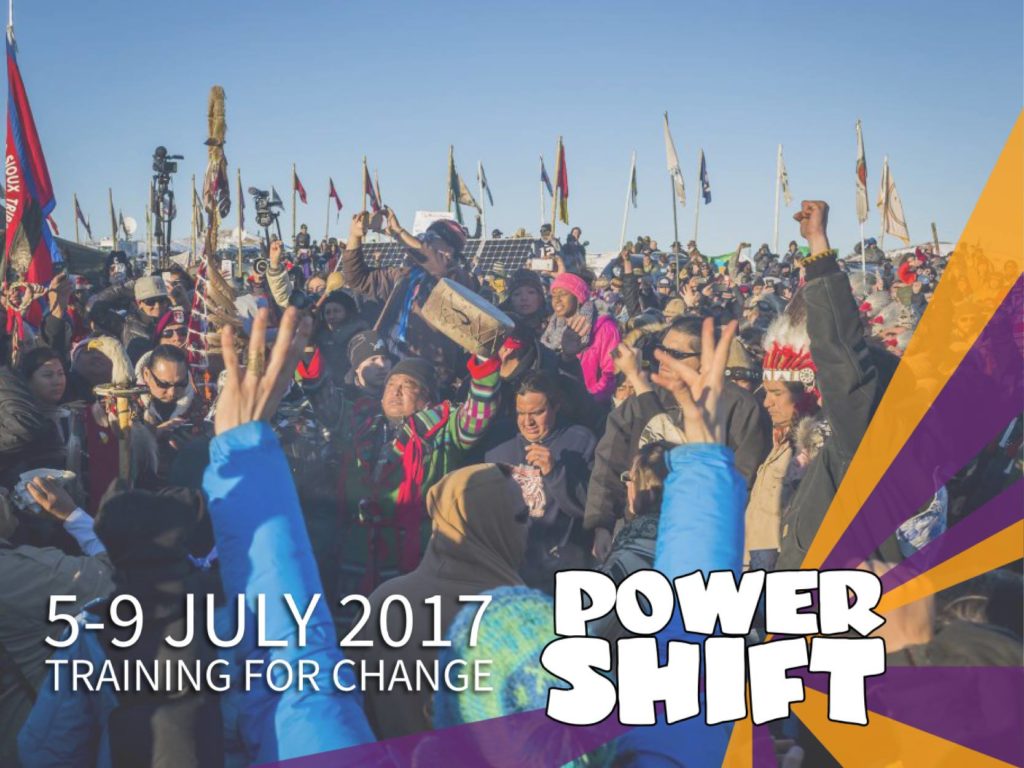