The Gay Liberation Front (GLF) was part of the first openly public demonstration by homosexuals in the UK and present on the first Gay Pride March. They have been marking the 50th anniversary of the Stonewall Uprising and the founding of the GLF in New York, the origin of the fight back that inspired and brought hope to LGBTQI+ people of every country in the world. 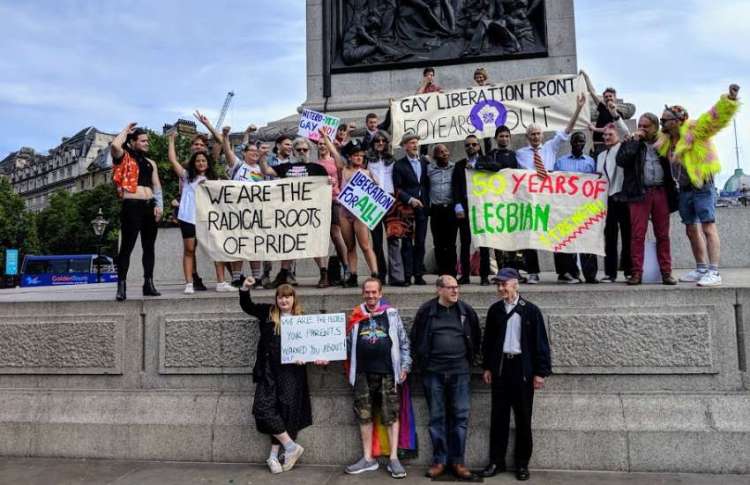 The year 2020 brings the 50th anniversary of the start of Gay Liberation in London, the moment when everything changed in Britain by setting off the first Gay Pride March in 1972, making 2022 the 50th anniversary of that political demonstration and celebration. GLF’s aim is ‘Absolute Freedom for All’ and they empower the queer community to achieve this through artistic and activist processes to confront a variety of forms of institutionalised homophobia including workshops, events, exhibitions, street actions and community organising.

GLF stands for liberation: the choice is always there – liberation or slavery.

‘Out of the Closet and into the Streets’ is a political education and activism programme, that combats the rise in homophobia and is part of developing wider struggles for justice against dominator culture and the rise of the far right and this is the programme that GLF will be running with Guerrilla backing. 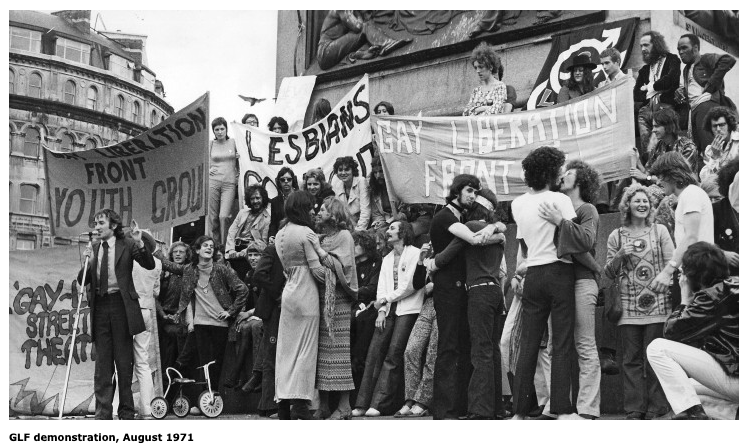 In the UK, the battle for legal equality for Lesbians, Gay Men and Bisexuals has made great progress yet this is not the reality for the Trans & Non-Binary family.
The equality fought for and legislated by the usually white, cis heterosexist establishment has not delivered true safety or liberation to many.

Black people, People of Colour, Disabled people,Homeless and Vulnerably Housed LGBTQIA+, Women, Trans, Non-binary, Gender non-confirming, Butch Dykes, Femmes, Drag Queens and Sissies and Fags are often at the front line of attack. Shamefully, this is not only from society at large but sometimes within their own communities. 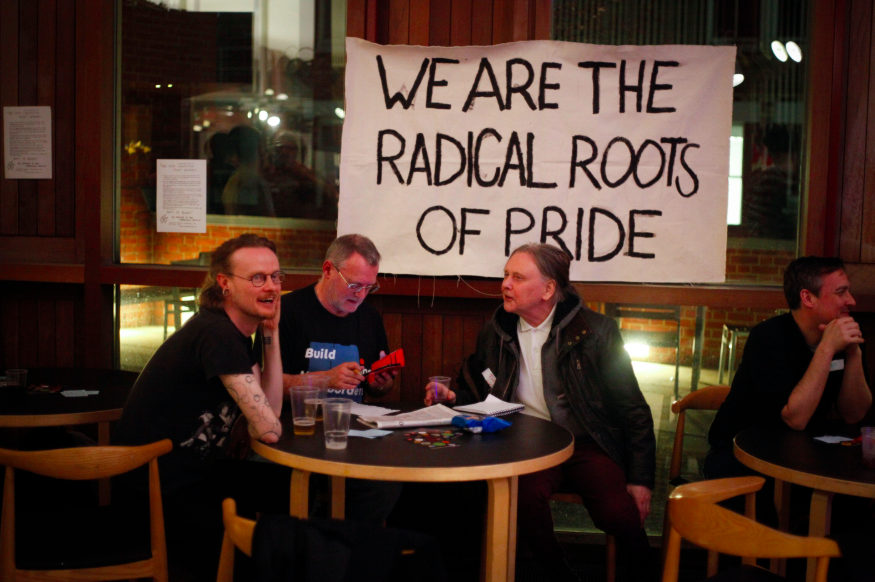 Why now? All over the UK there has been a doubling of hate crime in the last 10 years and BREXIT and the rise of far-right politics have emboldened a new era of fascists.

The COVID-19 situation is affecting the best-laid out plans of the entire world and our grantees are no exception. But this was the original plan that the GLF had, that our funding was going towards:

2020 – 2022 – GLF intergenerational mentoring programme – With founding members of ‘Pride’ from the ‘Gay Liberation Front’ they have been meeting regularly again since the beginning of 2019 to reclaim Pride back from the corporations and are preparing to celebrate the 50th anniversary of the GLF in 2020. 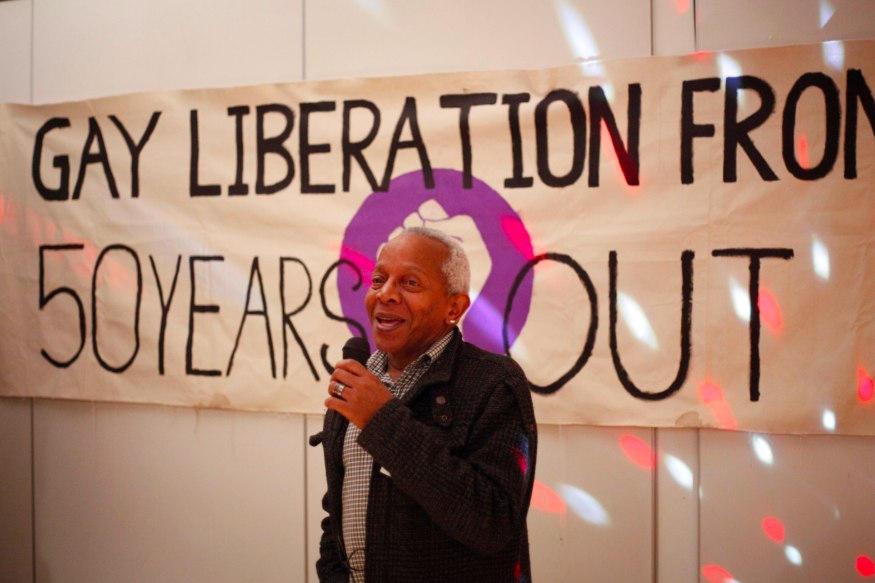 February – May 2020 – Radical LGBTQIA+ art and education programme – Events and street interventions will take place in key sites across London commemorating (1) where LGBT+ hate crime has taken place and (2) key sites of historic LGBT+ queer power – to bring this two-dimensional awareness into the public consciousness. The programme would be launched at the beginning of LGBT+ History Month (February) as part of the new ‘LGBT+ Street defenders’ campaign (inspired by NYC Village Angels) where they would strategically take over and protect night-buses and dangerous areas after the clubs close. This will include 30 LGBTQIA+ history and empowerment workshops across London to deepen activists knowledge about their radical activism history. Sites include Harley Street private medical practice, who previously promoted being gay as a disease, the Houses of Parliament where the legendary abseiling lesbians protested against the introduction of ‘Section 28’, a heavily-policed cruising spot in the early 20th Century on the Strand known hilariously as the ‘Notorious Urinal’, the 1980’s ‘dykes and faggots residents scheme’ to house single people in hard-to-let flats led by a community of punk feminist lesbians, the Deptford Dykes and Piccadilly Circus to tip our hats to the ‘Dilly Boys’ and sex workers who have kept the wheels of sexual London greased for centuries. 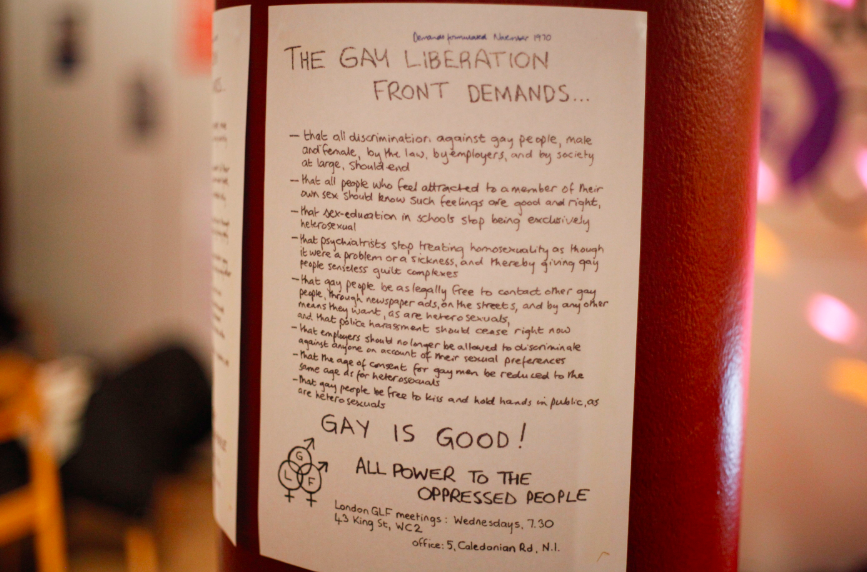 June 2020 – ‘Queer Freedom’ showcase at Rich Mix – weekend of films, trainings, workshops and events with intersectional grassroots LGBTQI+ movements building continuing the intersectional legacy of ‘Gay Liberation Fronts’ goal of ‘Absolute Freedom for All’. The showcase would evocatively capture over five decades of LGBT+ culture and protest from the Gay Liberation Front of the 1970s to 2020s. Showing how central protest is to queer history and identity, this book uncovers the back-breaking hard work as well as the glamorous and raucous stories of those who rebelled against injustice and became founders in the story of queer liberation. The showcase would also launch a programme connecting different generations of GLF activists as part of an inter-generational mentoring programme to learn from the founders of Pride to support a new generation of artivists to continue the journey for ‘Absolute Freedom for All.’ 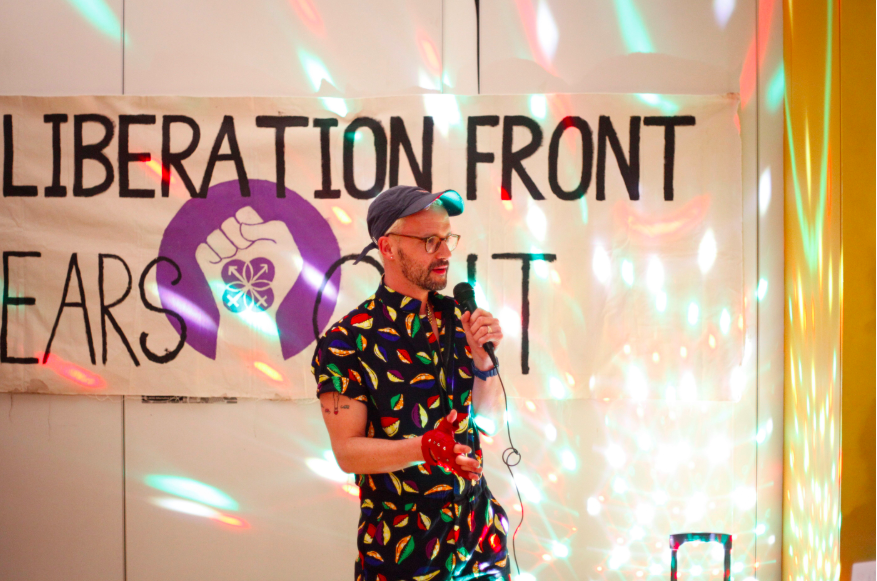 July 2020 – Bang Boat Summer Party celebrating 50 years of the Gay Liberation Front – a Queer Power tour down the Thames – a literal and metaphysical vehicle for change. This special-themed queer history tour of London to celebrate the radical queens who started Pride will visit the haunts that have kept LGBTQIA+ tribes cruising, dancing and loving from the 1960s to the present day. 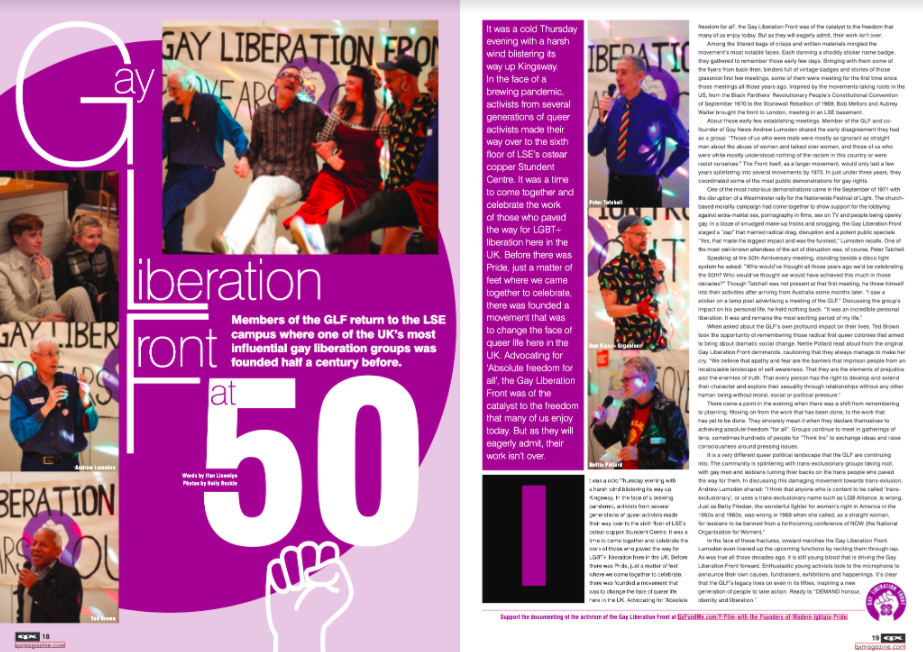 October 2020 – Revolutionary Convention 50th Anniversary – for a People’s Revolt – In June 1970, the Black Panthers put out a call for a People’s Revolutionary Convention to meet in Washington DC. Various feminist groups were also meeting in many places globally to implement women’s liberation. These initiatives led directly to the formation of the gay liberation meetings in London later that year. Fifty years on, the situation today calls for dialogue and networking to take queer histories forward into sharing a common vision for action on key points of distress in society. The GLF crew are organising a 50th anniversary ‘Revolutionary Convention’ – a weekend of events, talks, trainings and skillshares. 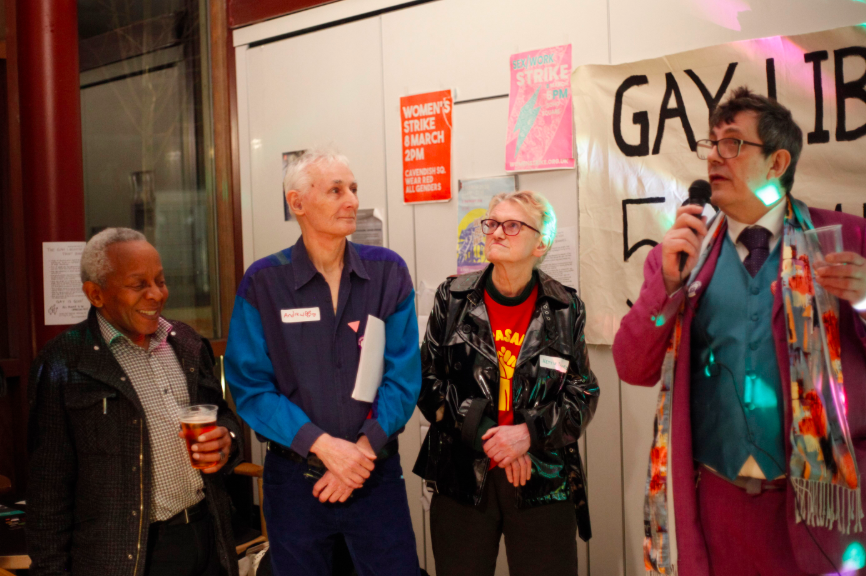 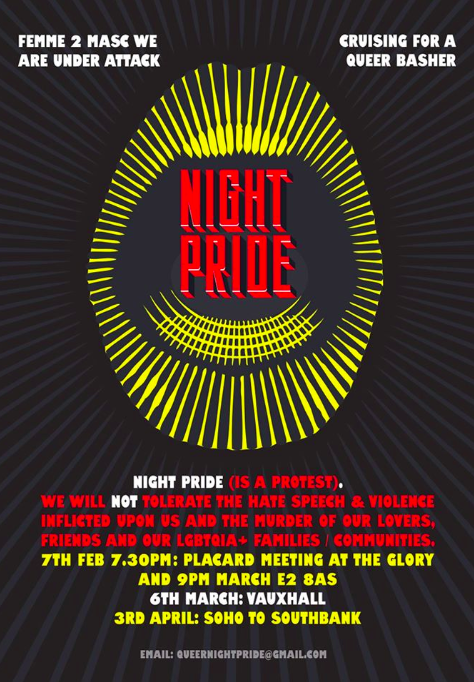