“To safeguard our food and that of the next generation, we must preserve biocultural diversity and support smallholder agriculture, artisanal fishing and food production. Only those who provide social and ecological services can be supported. A political change of course is inevitable for this,” said Ursula Hudson, the president of Slow Food Germany at the opening of the demonstration.

On January 19th, at the foot of Berlin’s Brandenburg gate, 35,000 activists and citizens of all ages gathered to send a loud and clear message to policy makers: Wir Haben es Satt! “ We have had enough!”. The 9th installment of the Annual Demonstration took place on the week of the Berlin Agriculture Ministers‘ Conference and Berlin’s International Green Week, which attracted many European stakeholders and decision-makers to the capital of Germany. Protesters from all over the country and beyond used the opportunity to voice their discontent with the current industrial agricultural system and to demand climate-friendly farming. 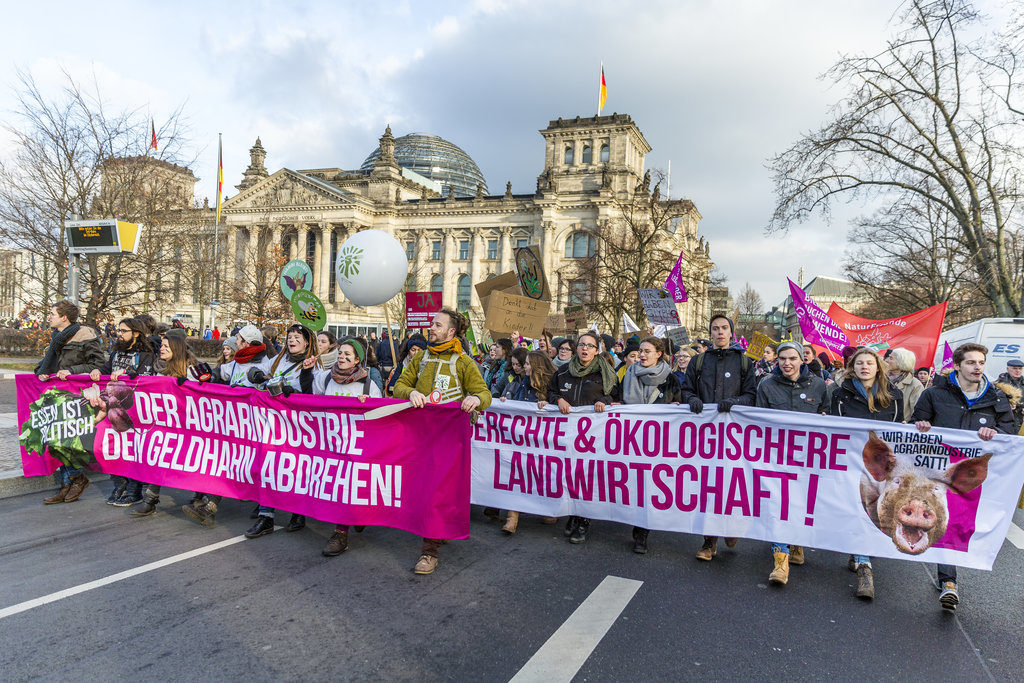 The theme for this year’s event Essen ist Politisch “Eating is Political” struck a chord, a few months before Europeans head to the polls to decide upon the make-up of the European Parliament. A major issue for Slow Food in Europe, echoed by those marching in Berlin, is the European Common Agricultural Policy (CAP), which distributes funding and capital to farms and agricultural entities based on their size, without recognizing the methods that they use.

An already uneven playing field is made virtually untenable for small scale farmers engaged in more costly and less profitable organic agriculture, and their ability to compete with industrial farms is severely affected. One of the main objectives for Slow Food in Europe is to see reforms to the CAP which would adequately recognize and support the work of small-scale farmers and create incentives for others to adopt cleaner and better methods. 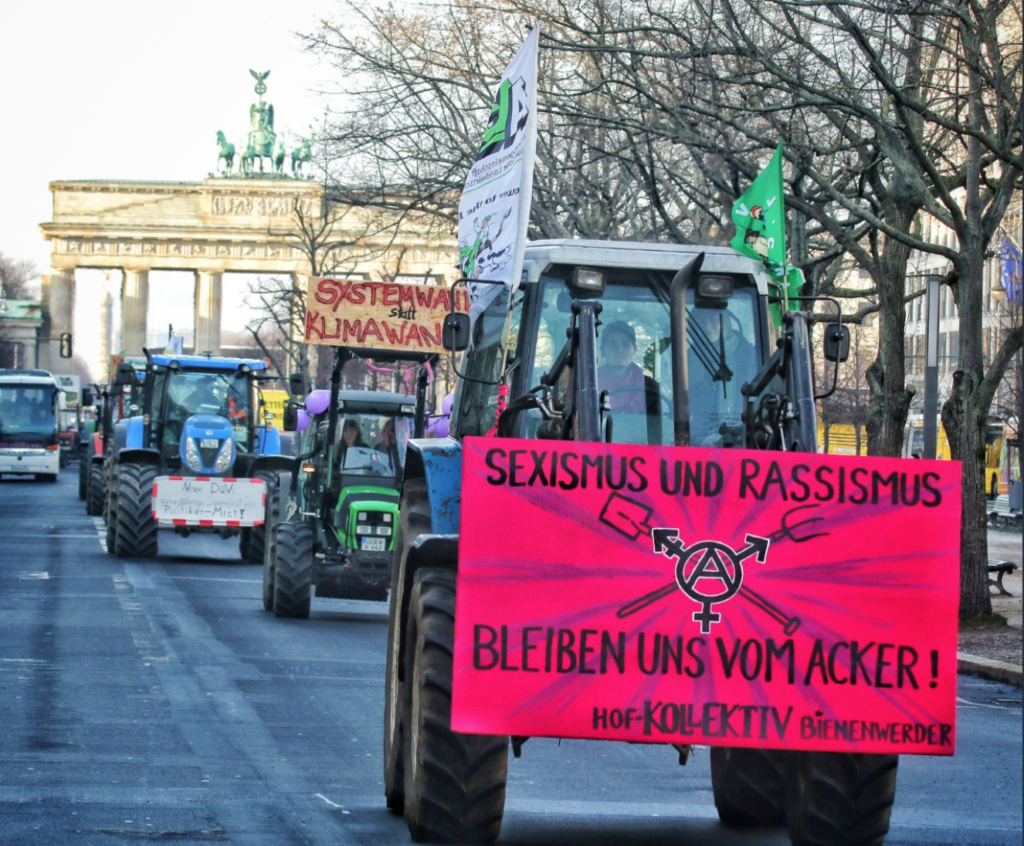 “This protest,” said Green party co-leader Robert Habeck, “shows that the desire for a different agricultural policy is now undeniable.”

“Protesters called out by some 100 organizations asserted that alleviation of climate change and species depletion required a reorganization of EU farming policy, including subsidies, currently amounting to €60 billion ($68 billion) annually, including €6.3 billion allocated in Germany.
That flowed mainly to larger companies focused on boosting yields, they said, but instead the funds should be distributed better to avert further farmyard closures and rural village die-offs.”

“With over €6 billion that Germany distributes every year as EU farming monies, environmental and animal-appropriate transformation of agriculture must be promoted,” said protest spokesperson Saskia Richartz. 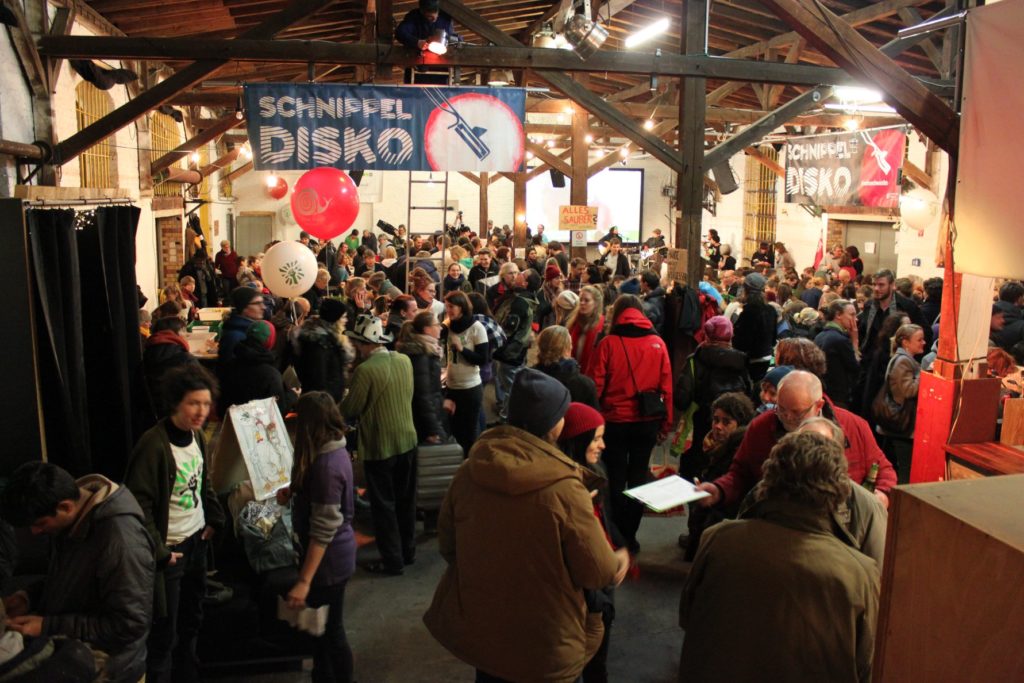 Slow Food Europe captured some of the scenes on social media, and stated in a Twitter thread: “We believe that instead of propping up agro-industries, politicians should support the determination of small-scale farmers to keep climate-friendly farms, which are the future of agriculture.”

The response on social media has been very encouraging and the level of analysis is getting deeper and deeper each year with people draw connection between food, environmental justice, climate change, big business, political corruption, exploitative labour and all the intricately intertwined pieces of the globalised puzzle. Dr. Mark Hyman highlighted the fundamental connection between food and wellbeing, tweeting that “the food we eat and how we produce it determines the health of people and the planet, and we are currently getting this seriously wrong.”

One of the most stark facts comes from Slow Food Europe reporting that:

“Over 100,000 mainly small-scale farms have disappeared in Germany over the past decade. The effects of that are devastating: rural communities are vanishing; monocultures prevail and biodiversity is being lost at a dramatic pace. Germany, like many other European countries, faces increasing antibiotic resistance, growing numbers of factory farms, and glyphosate use. More and more farms in Europe are, however, showing an interest in animal welfare, and in protecting the soil and the climate while producing good food. Organizations involved believe that instead of propping up agro-industries, politicians should support the determination of small-scale farmers to keep climate-friendly, sustainable farms, which are the future of agriculture.” 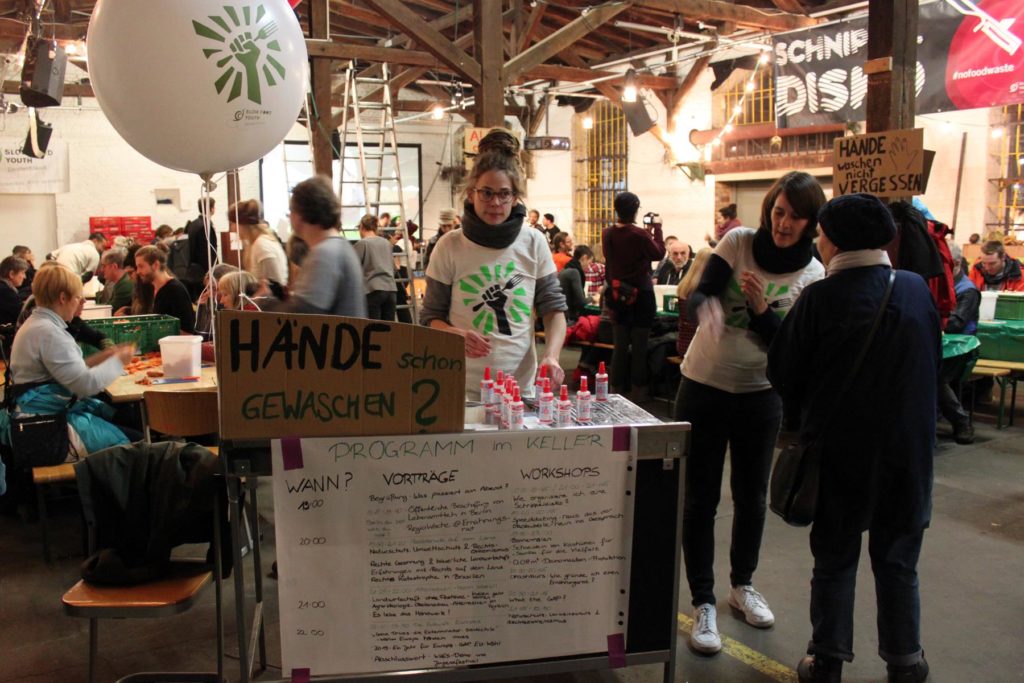 On the eve of the demonstration in Berlin, the biggest disco soup in the world #Schnippeldisko opened its doors for the 8th time to hundreds of people and our grant went towards various costs involved setting up this event and publicising it. Over 1500 kg of unwanted vegetables were used for the vegan soup. Many fresh vegetables and fruits end up being wasted simply because they do not meet the supposed market expectations– they are either too big or too small, they do not have a perfect shape or perfect color. The Disco Soup gathered Berliners and visitors to the city, joining together not only to dance and eat delicious soup, but to discuss important issues concerning food waste, the agricultural industry, and mass animal husbandry. According to the European Commission, around 88 million tonnes of food waste are generated annually with associated costs estimated at 143 billion euros. Meanwhile, a report which analyzed food waste in the United Kingdom, showed that up to two-fifths of a fruit or vegetable crop  can be wasted simply because it is “ugly”. 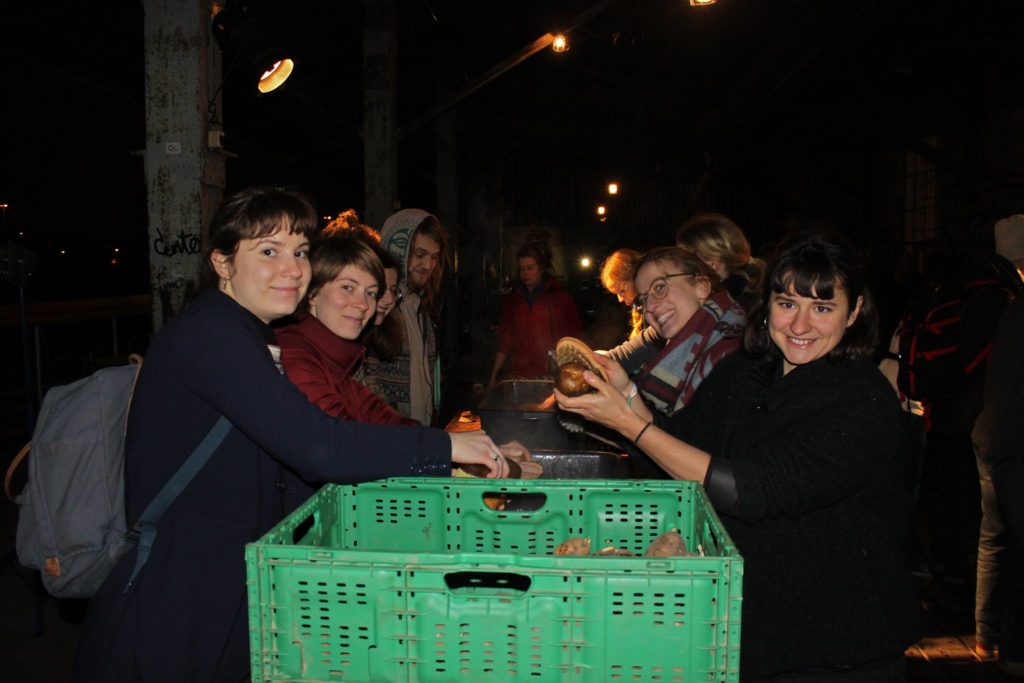 Volunteers prepping the ‘rejected’ vegetables for the big vegan DiscoSoup