The Centre for Intersectional Justice (CIJ) is an organisation that brings together social movements for equality and justice and offers a paradigmatic shift to the way we analyse, address and combat systemic inequalities. 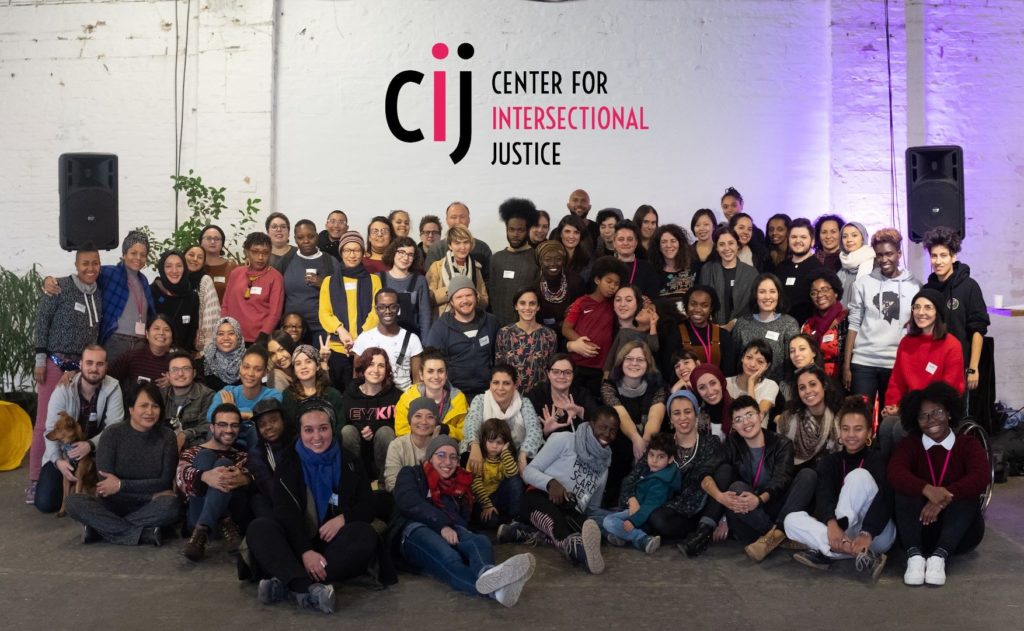 CIJ fam, who wouldn’t want to be a part of a movement with these folks?!

CIJ’s mission is to advance intersectional justice – a more transformative form of social justice – through multi-tier, intersectional movement building and advocacy in Europe. It means that the feminist movement should be inclusive of all women, that the movement for ethnic and racial diversity is inclusive of feminist values, that the LGBTQI+ movement includes ethnic/religious minorities and people with disabilities, that the Climate Justice movement takes gender, class, ethnicity, capitalism and other social dimensions into consideration.

Intersectional justice cannot be achieved without systemic change because looking at the root causes of social inequalities presupposes challenging the status quo and creating alternative governance and economic models. 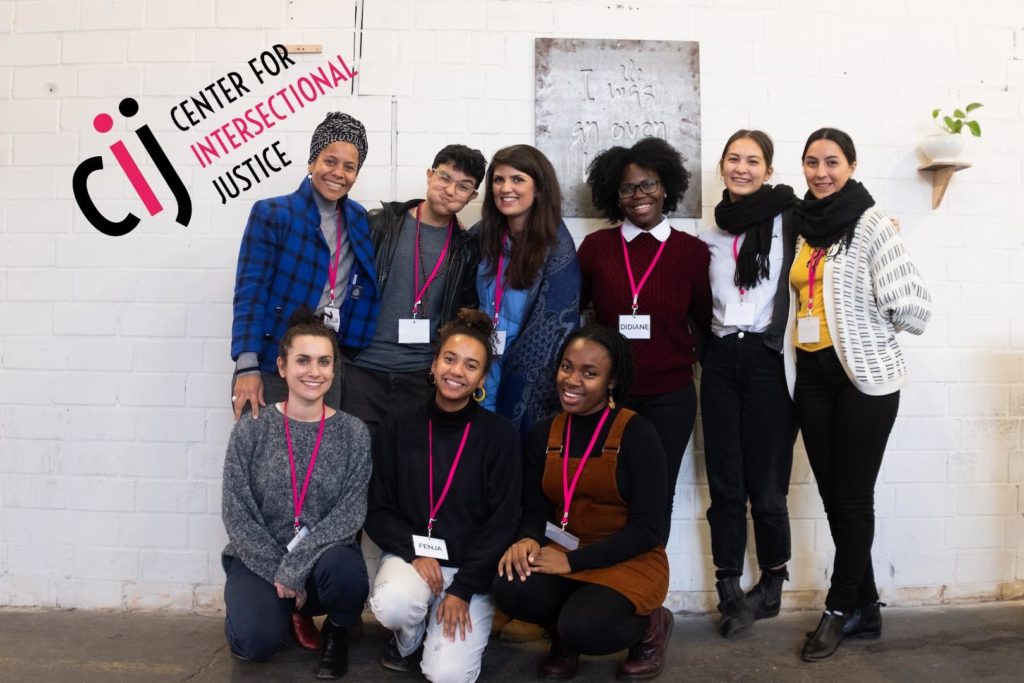 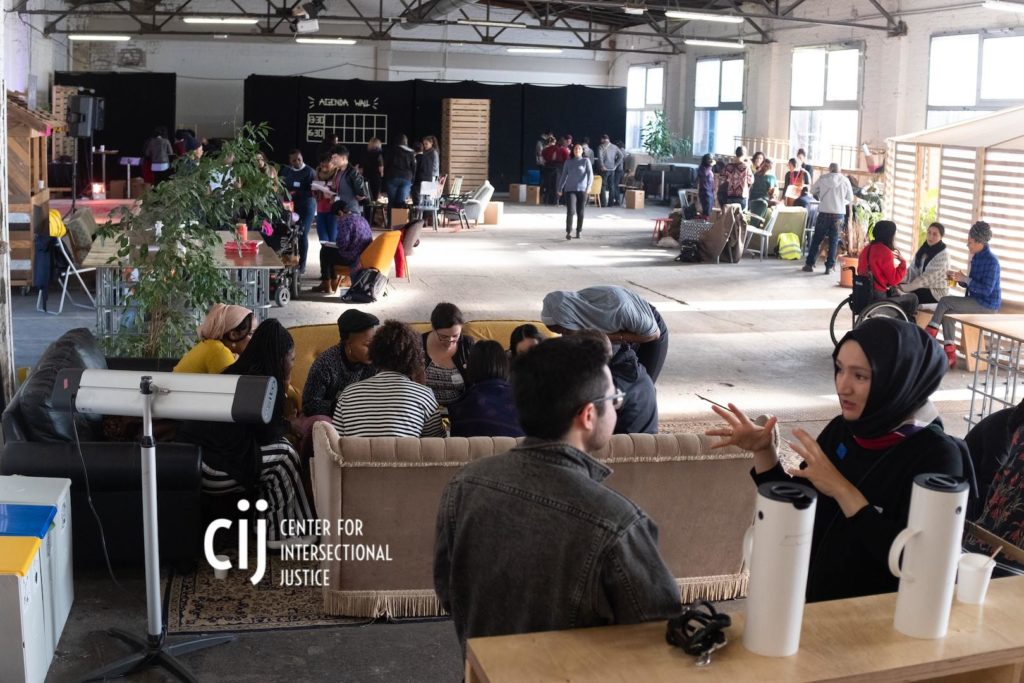 CIJ brings a paradigmatic shift to social justice movements through an intersectional perspective and new modes of community organising. The following long-term outcomes build the basis for larger systemic impact:

(a) A deepened understanding of communities, social justice issues, and strategic opportunities: An intersectional analysis illuminates the multidimensionality of targeted populations and surfaces more inclusive opportunities to engage those communities. For example, the workers’ rights movement that doesn’t explicitly include workers with disabilities can invisibilize important political demands and miss potential for social change for all workers.

(b) Increased effectiveness in bringing about long-lasting systemic change: With a deepened and more expansive understanding of communities, and increased collaboration and engagement among different groups and movements, the likelihood of creating more effective and impactful strategies drastically increase. For example, an anti-racist perspective in the LGBTQI+ movement ensures that anti-homophobia campaigns do not represent Muslim and migrant communities as inherently homophobic and instead work towards their inclusion, which in the long-term contributes to higher social cohesion.

(c) Stronger communities and networks: When an intersectional lens is used to analyse social problems it can open up the possibility for greater collaboration between what are often seen as different or opposing social groups and movements. An example is the way in which the climate justice movement has included people living in poverty or in precarious circumstances as well as indigenous people in the global environmental movement and bringing under scrutiny issues such as equality, human rights, collective rights, and the historical responsibilities for climate change. Similarly, the way some feminist organizations and migrants’ rights organizations have joined to organise around immigration detention, the care crisis, and the gender pay gap is a good example of intersectional organising. 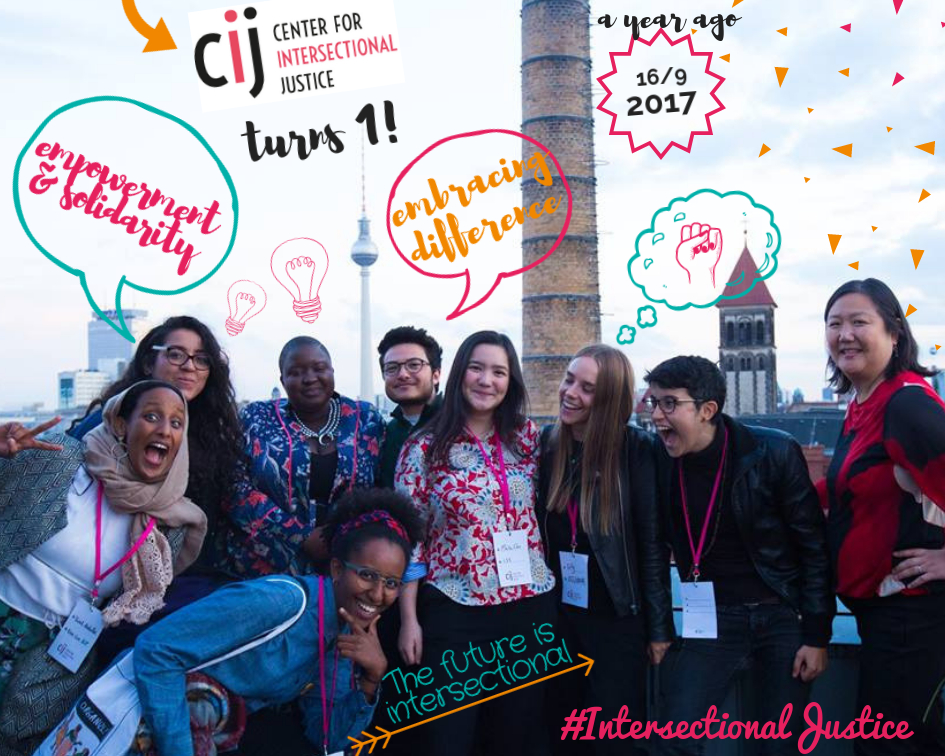 Our grant for CIJ goes towards core costs, therefore is simply meant to fuel their work horizontally, and they’re to utilise it as they see fit, but this mainly involves covering salaries of their intrepid staff so that this tiny, but powerhouse team can continue kicking butt. Therefore instead of detailing how our grant is spent we’ll just tell you why we’re excited to be funding them.

The vision of CIJ is to create a value shift in European societies by embracing difference and diversity, and working towards the dismantlement of social hierarchies leading to marginalization, invisibilization and voicelessness. Quite simply, they strive for fair distribution of wealth and power between all societal groups. 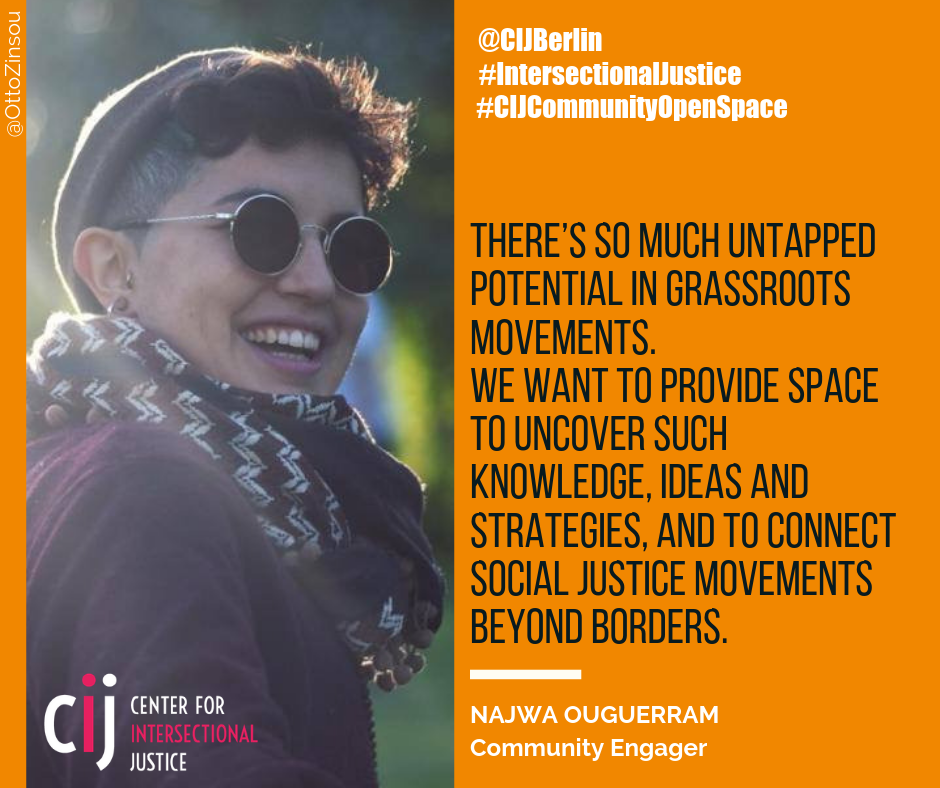