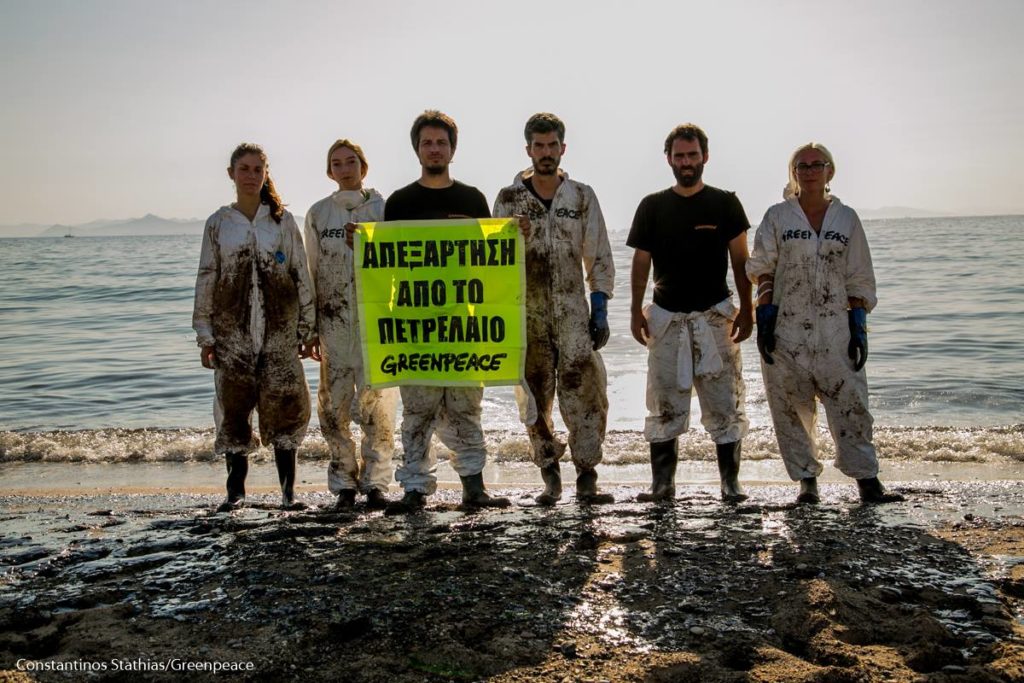 On Sunday 10th of September 2017, a 45-year-old oil tanker, the Agia Zoni II sank off the coast of Salamina, an island not far from Athens. At first it was called a containable spill while soon after being labeled an ecological disaster when thick tar and oil pollution drifted on currents towards residential coastal areas. Majors were forced to shut blackened beaches of the Argo-Saronic gulf citing public health risks. Isidora Nannou-Papathanassiou the mayor of Salamína said, “this is a major environmental disaster, clearly the danger was not properly gauged, the currents have moved the spill.”

The company operating the small, Greek-flagged vessel insisted it was seaworthy – this proved false. It also emerged that only two of its 11-strong crew – the captain and chief engineer – were on board when it began to take on water. Both men have since been charged with negligence but freed on bail. The merchant marine minister, Panagiotis Kouroumblis, who has brought in help from abroad including an anti-pollution truck to collect the oil, ruled out further seepage on Tuesday, saying the ship’s hull had been secured. Late on Wednesday, however, the ministry’s general secretary, Dionysis Kalamatianos, raised the possibility that oil was still leaking from the vessel, telling Skai TV that efforts to seal it were “almost complete”.

The contradictory statements sparked accusations that authorities had not only underestimated the scale of the spill, but also lost valuable time in tackling it and could not get their story straight. Images of dead and oil-coated turtles and birds underscored the economic and environmental impact, and experts estimated it could take years before the affected area fully recovered. On Salamína, which has been hardest hit by the disaster, coastal businesses have been forced to shut down. 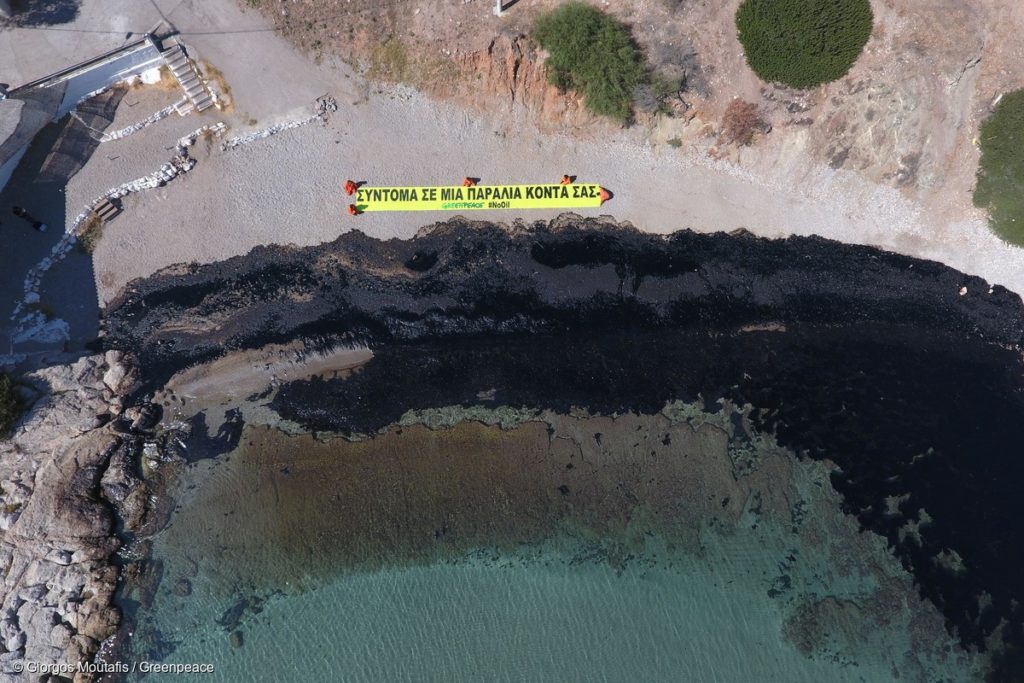 While volunteer mobilisation both on Salamina and the coastal municipalities of Athens was high, with mainly the local NGOs such as Greenpeace and WWF coordinating these actions with citizens, it was only Greenpeace Greece that saw the immediate need to keep this incident high on the media agenda in order to talk about the country’s appetite for oil consumption especially in light of the upcoming drillings in Cretan and Ionian seas. Moreover, they had additional demands from the Greek state, namely, asking the minister to hold responsible the culpable parties (e.g. the owner of the ship), restore all damage done, and compensate affected people through a special state fund called the Blue Fund and ultimately put pressure on the government to stop future oil drilling in Greek seas. 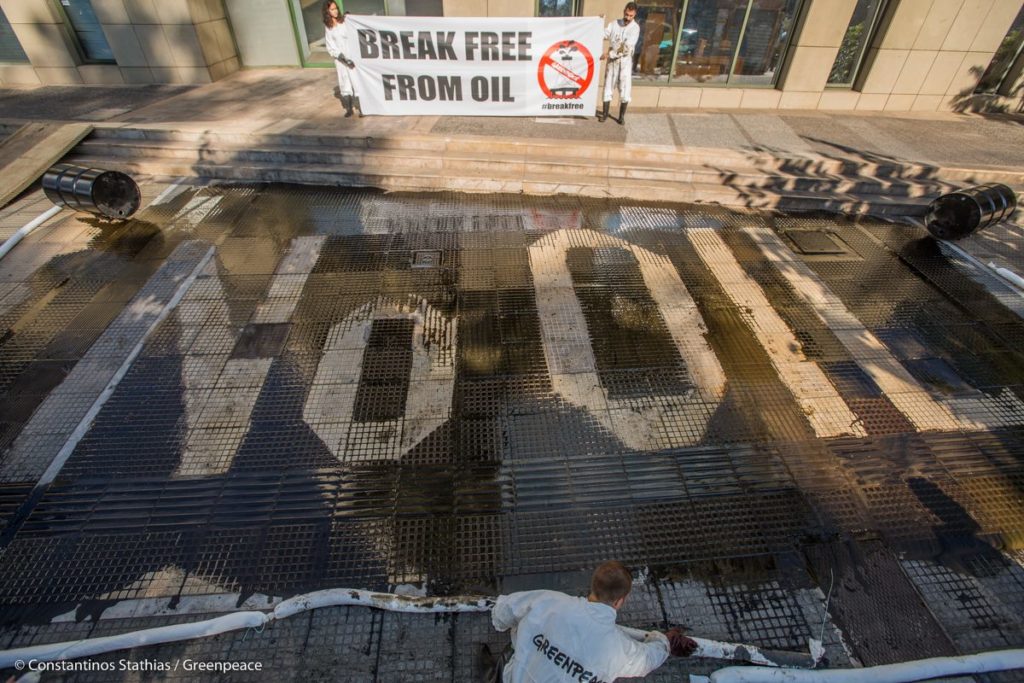 In order to do this, they planned a direct action of course. They created an “oil spill” in front of the Ministry of Environment & Energy. Greenpeace activists painted the message “No Oil” with the “petrol” that leaked, to send a message against the government’s plans to start big-scale offshore oil drilling in the Ionian and Cretan Sea. The government’s slow response to limit the oil spill in the Saronic Gulf and efficiently clean the coast proves that big-scale offshore oil drilling is a risky and irresponsible act. The “oil” was made using natural ingredients and can be easily washed out with water. 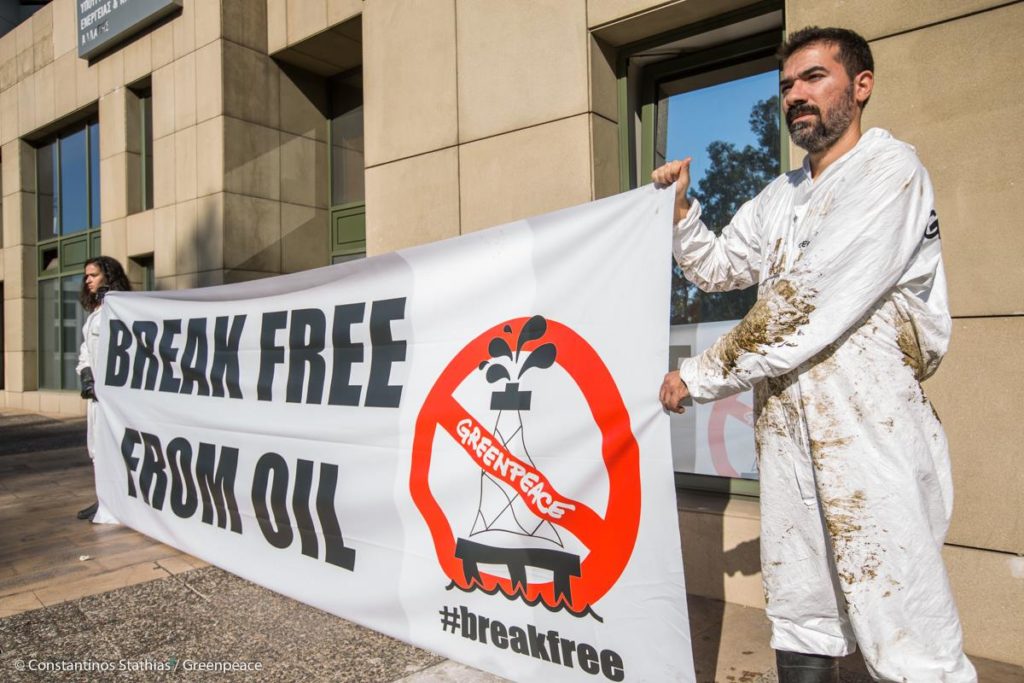 Yes and No. First of all Greenpeace like all international nonprofits, has regional branches/offices with their own operating budgets and independent fundraising. While there is sometimes pooled funding or support from head offices, by and large, each country’s branch is responsible for raising their own annual budget. While Greenpeace International is pretty huge, the Greek branch is not very large and fundraising is made a lot harder because of that fact that Greenpeace actually has a moral code, which means they impose pretty strict limitations on who they can receive money from – more so than most nonprofits globally (see table & asterisks below). And it is particularly hard to crowdfund (in Greece even on a good day) an urgent direct action, as the one we had on our hands with the staged Oil Spill outside the Ministry. So if you were wondering, isn’t Guerrilla Foundation all about supporting small activist collectives, and grassroots groups, there is often more to a story/organisation than meets the eye, and so for the aforementioned reasons, we are proud to have supported Greenpeace Greece through our Reflex Fund. 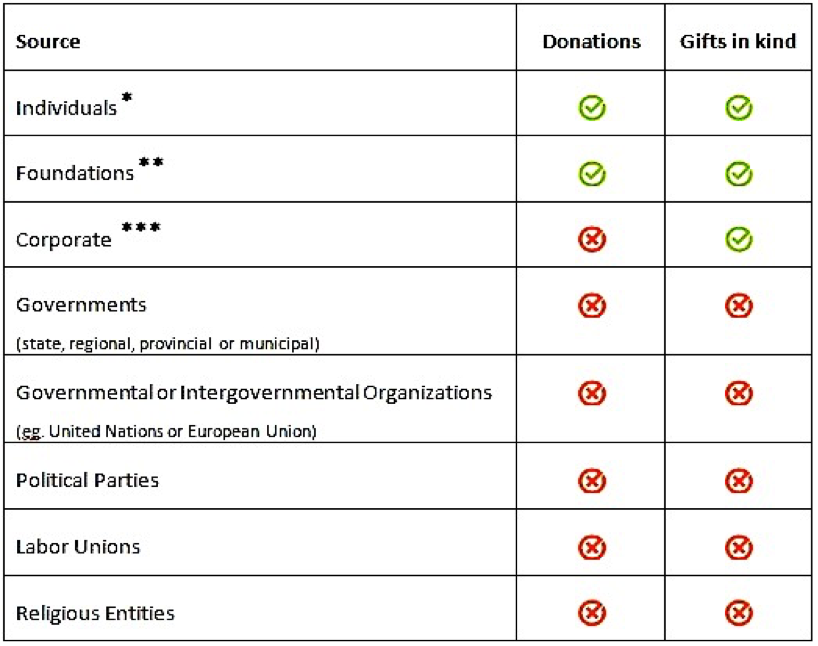 * All individual donations or gifts in kind over €5.000 are subject to screening to ensure they do not conflict with Greenpeace’s principles and policies. Greenpeace reserves the right to screen any gift, irrespective of size.

** Donations or gifts in kind from foundations which currently a) receive their income from governments or political parties or labor unions or religious entities, b) are established as conduits for corporate giving, c) are related in any specific way with entities or companies run by protagonists of our campaigns, positively or negatively, in the present or in the past 10 years and d) related in any specific way with companies run by protagonists of contradictory rumor or related in any way with confirmed scandals, are not accepted.

*** Gifts in kind from corporations that are protagonists of our campaigns, positively or negatively, in the present or in the past 10 years, or are protagonists of contradictory rumor or related in any way with confirmed scandals, are not accepted. 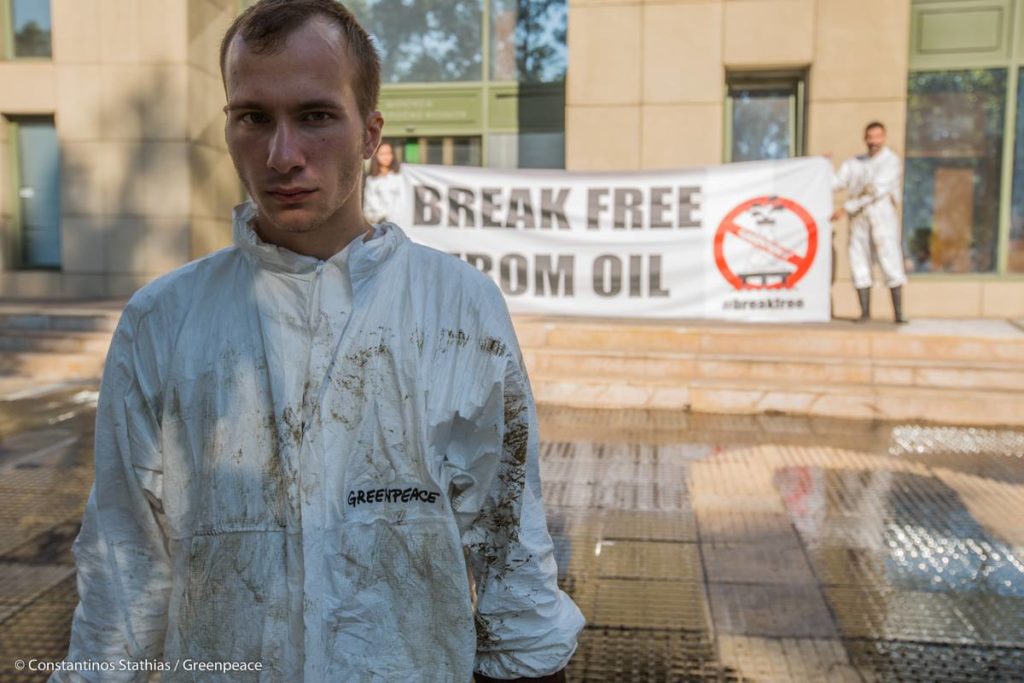