#GoWithTheFlaw 2 – Keep Everyone in the Loop
by Ivan March

Go With the Flaw is an initiative we started this year to proudly state that ‘it’s perfectly okay to screw up, just try to learn from it’ both to our grantees and fellow funders. You can read a bit more about our reasoning around failure here. 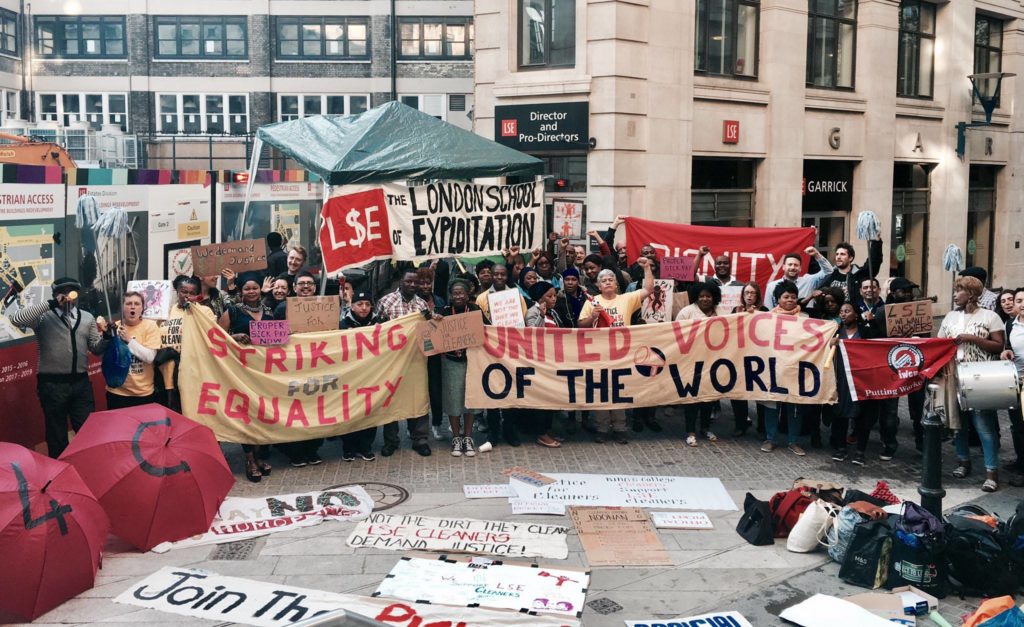 Last autumn, the London School of Economics (LSE), was at the centre of an ongoing labour dispute regarding the pay and conditions of the 800 cleaners working at the university. The cleaners had been subcontracted out for decades and their contracts meant lower pensions, reduced if any parental and sick leave, and low to no holiday pay, when compared to directly-employed staff.

This was a pretty shameful state of affairs, even by the rock-bottom standards of London’s casualised workforce. This was made worse by the fact that the LSE presents itself to the world as a progressive, liberal institution that pioneers research into combatting inequality, while sustaining it. 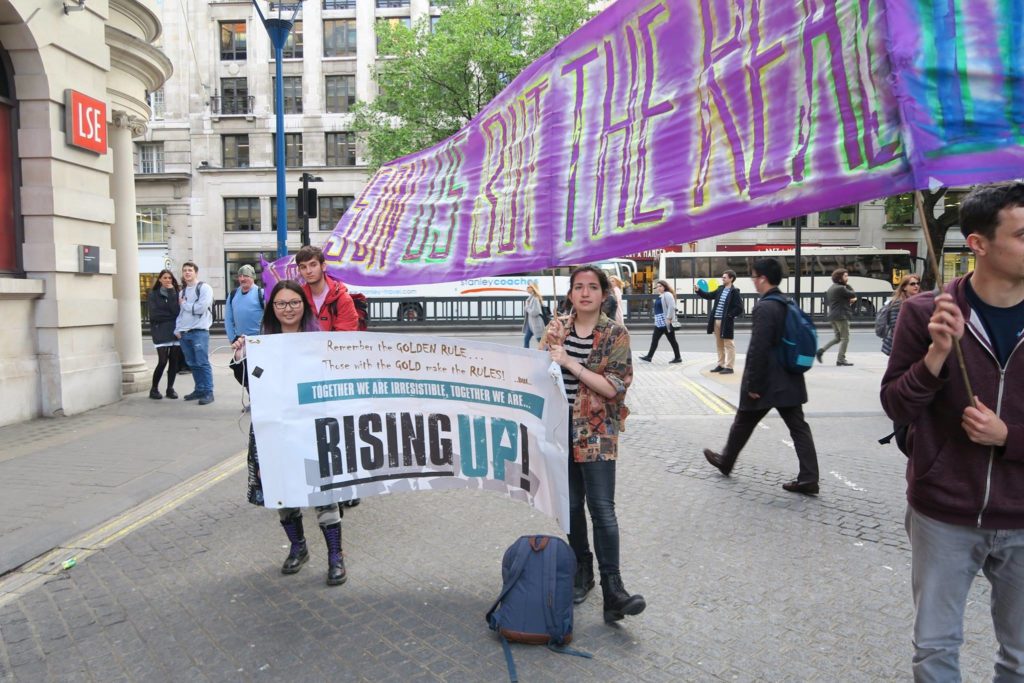 So, enough was enough. Several groups started mobilising around this issue, first and foremost, United Voices of the World, a members-led, campaigning trade union of mainly migrant & precarious workers, supported by the student-led ‘Justice for LSE Cleaners’ campaign and what would become the ‘Life not Money’ campaign, an informal collective of mainly London activists, everyday citizens who rallied against exploitative labour, and that would get our funding. In addition, journalists such as Owen Jones, who penned this shrewd article on the strikes, took to social media and massively widened the cleaners’ platform.

It all turned out great though because the cleaners won. The LSE cleaners went through a 10-month period of direct actions and negotiations. In the end this dispute saw the largest number of cleaners – all of whom are migrant and nonwhite workers and most of whom had never been unionised before – in UK history, strike from a single workplace. The cleaners became regular employees of the LSE from Spring 2018, which ensures that they receive, among other things, 41 days annual leave, 6 months full pay sick pay and 6 months half pay sick pay, plus proper employer pension contributions of up to 13% of their salary. Great for them, but more importantly for the movement, they created a legacy action.

UVW organiser Petros Elia said: “migrant workers, beyond the immediate benefits they get for themselves and their colleagues, are also encouraging other workers to take action: they’re not a drag on wages, they’re fighting for everyone’s.” 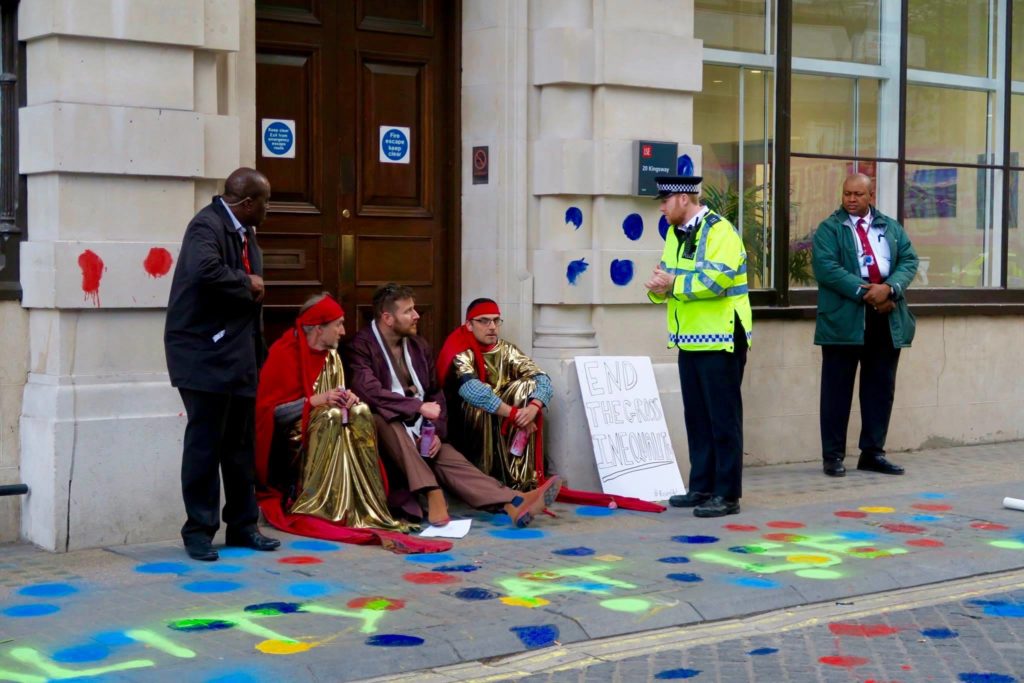 However, it wasn’t all smooth sailing until the desired outcome. Our informal collective, ran a number of creative direct actions on the LSE campus, and they did not always coordinate very well with the student activist body that was also running actions. Therefore they would sometimes get into arguments over who is running what when or would dilute each others events because not everybody mobilised around the issue could go to all the events, and would have to opt for one or the other, which although beneficial in terms of offering different time slots was counterproductive visually as it seemed fewer people were mobilised since fewer people were attending each separate event. The real butting of heads came however during exam season. The ‘Life Not Money’ campaigners made a lot of noise on the LSE campus while students were doing their spring exams, and they were intentionally boisterous as they wanted to agitate the LSE administration and even go so far as getting arrested in order to garner more media attention for the plight of the cleaners. 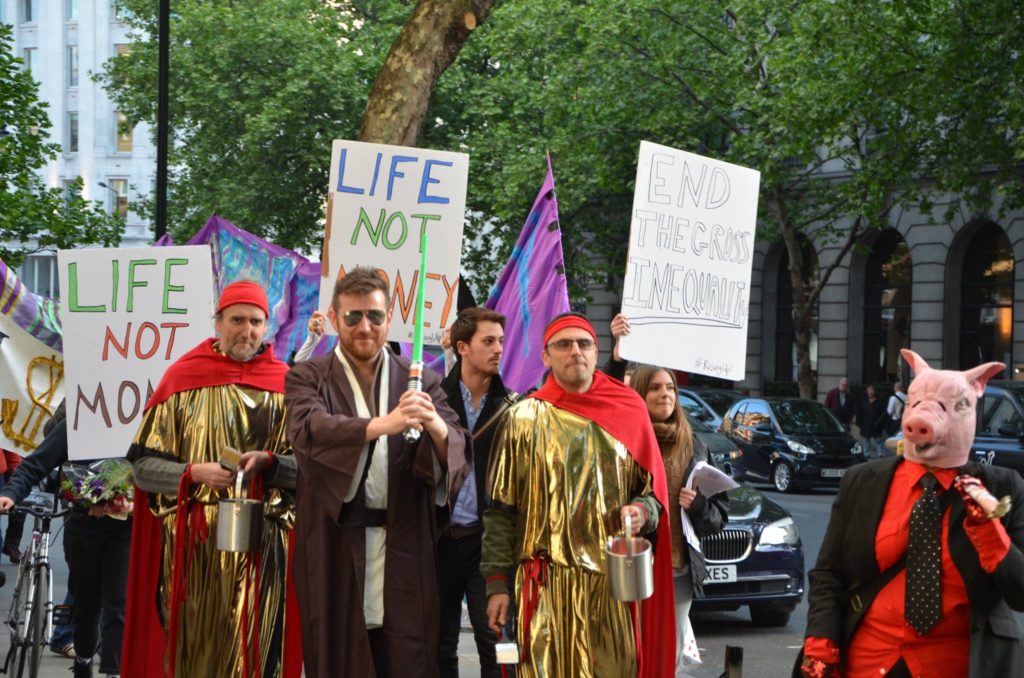 Consequently, a lot of students started complaining to the LSE about the ‘Life Not Money’ campaigners, even though many were on the ‘same side’ yet they did not see eye to eye with regards to the tactics. In turn this evolved well, because the LSE was now under even more pressure to give in to the demands since students were being disturbed and they also did not want to be arresting social justice activists on their campus. However, the entire thing would have gone way more smoothly had the two sides communicated with each other better. If the student activists and ‘Life Not Money’ campaigners had come together before hand and aligned their activities, they would have had greater solidarity when it came to running actions/events and the turn outs would probably have been superior, and they would not have misunderstandings when it came to tactics as they would have been on the same page. Alright, perhaps not, perhaps they would not have seen eye to eye, but having had conversations with both sides, they did state that there could have been better communication from the get go, so even though they might have disagreed in the end, at least efforts would have been made to minimise miscommunication and maximise onboarding. So, key lesson learned? Keep everyone in the loop – start communicating early, from the very beginning, with all stakeholders, because the longer you play broken telephones the more comms faux pas there will be.

Go With the Flaw is an initiative we started this year to proudly state that ‘it’s perfectly okay to screw up, just try to learn from it’ both to our grantees and fellow funders. You can read a bit more about our reasoning around failure here. Late last year we supported the creation of a fake oil spill on the doorsteps of the Ministry [...]

- more
Go With The Flaw
by Ivan March

"The Greatest Teacher, Failure Is" - Master Yoda We all make mistakes. To err is human. It’s not how many times you fall that matters it’s how many times you get up. There’s a growing movement that has rediscovered the obvious, mistakes are fundamental in learning, and clichés abound. In both the corporate and nonprofit world people are [...]