Tax Avoidance. Does Anybody Care?
by Antonis Schwarz

This time, last year, the Dutch historian Rutger Bregman set off a grenade at the World Economic Forum in Davos with his crisp and spot-on statements about tax avoidance. Activists around the world rejoiced. It was about time someone called out the hypocrisy of the elites in Davos who consistently avoid facing the issue of tax justice. It seems that as long as they get to decide how globalization unfolds everything is A-Okay.

Being active in the impact investing field for over 8 years now, it is interesting to see how little the issue of tax avoidance is even mentioned in discussions and presentations. Investing and tax avoidance generally seem to be part of the same coin of simply making more money. You can’t have solid investment without at least some degree of trying to dodge tax bullets coming your way. Even the most benign impact investing fund will register in Luxembourg or set up a feeder fund in Guernsey. If asked why, they will say for the reduced bureaucracy this solution (tax havens) offer. 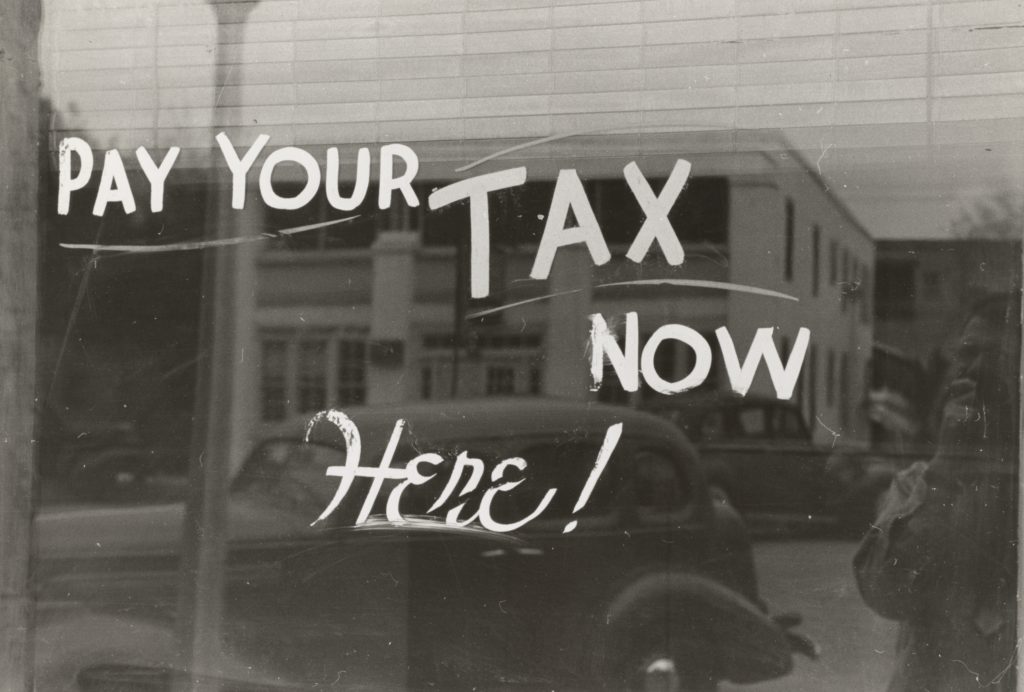 As an owner of financial assets, I myself am partly connected to this neo-feudalist nexus of tax avoidance. Through my real-life observations I have come to the understanding that wealthy folks, by and large, care about three things with regards to their wealth:

Tax avoidance has become a massive issue that goes to the heart of our democratic riddle. The rich and powerful, as almost always in history, get to write the rules of the game. In many countries billionaires made it to top positions in government. I have witnessed first hand how closely intertwined political and business elites are in the case of Germany and Greece. It is a closed club where trust is built through belonging to mutual circles of power. 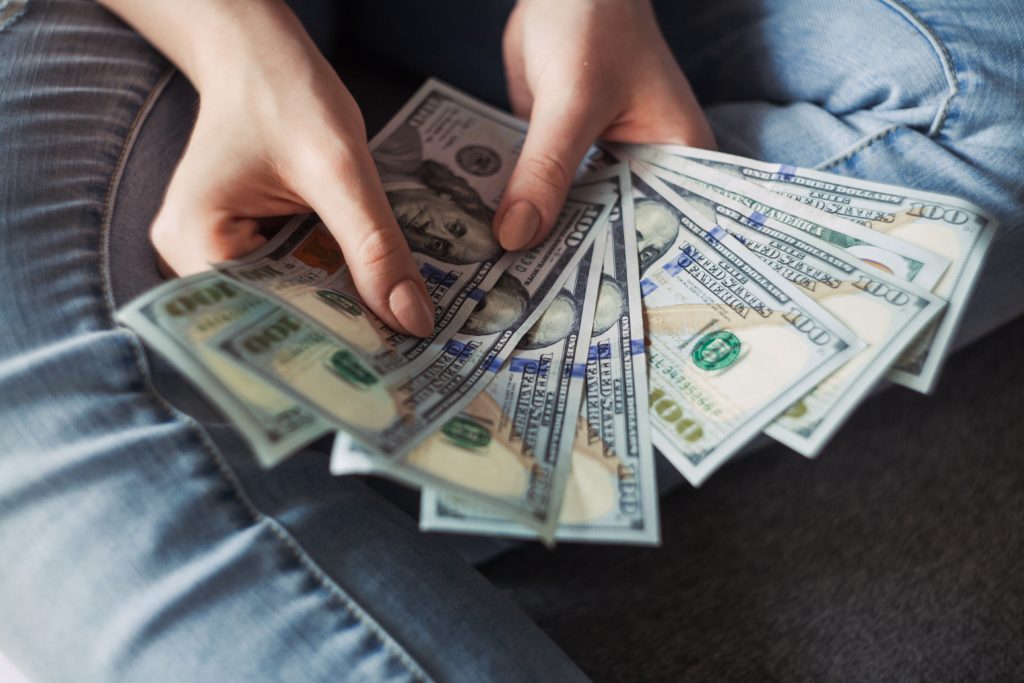 We are facing steeply rising inequality because capital in most countries is taxed less than labour and grows more strongly than the overall economy. What this essentially means is that the tax regimes around the world are overwhelmingly skewed towards benefitting the wealthy. Take for example Germany where an owner of a stock pays 25% capital gains tax (called Abgeltungssteuer) yet the average worker pays about 30% plus in income taxes. Furthermore, if you are a German billionaire you can move your residence to a low-tax country such as Switzerland and after 5 years of living there become a tax resident there, which can enable you to shift your millions or billions to your children. This of course creates huge drains in the coffers of public finance. Inequality is a ticking time bomb around the world. 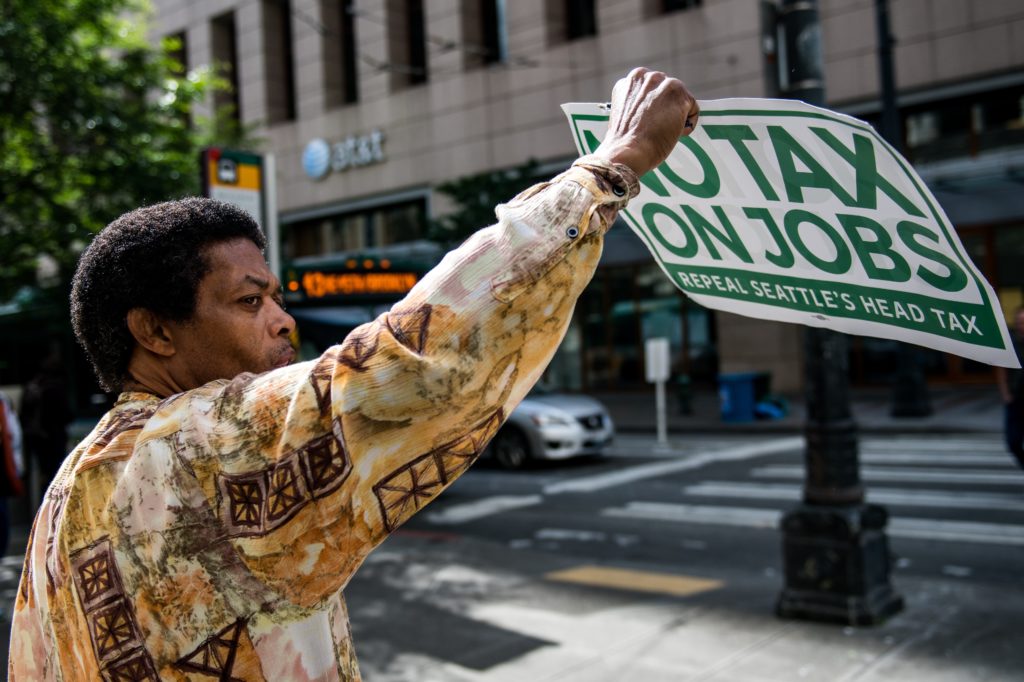 Nevertheless seen on a comparative scale, Europe enjoys less inequality than other places such as the Middle East, Russia or Brazil. In the first World Inequality Report published last year underlines this with its data showing that inequality has been growing inside countries but not at the same speeds. Policy and especially progressive taxation in this regard matters hugely.

The World Inequality Report shows that the level of inequality depends on policy. 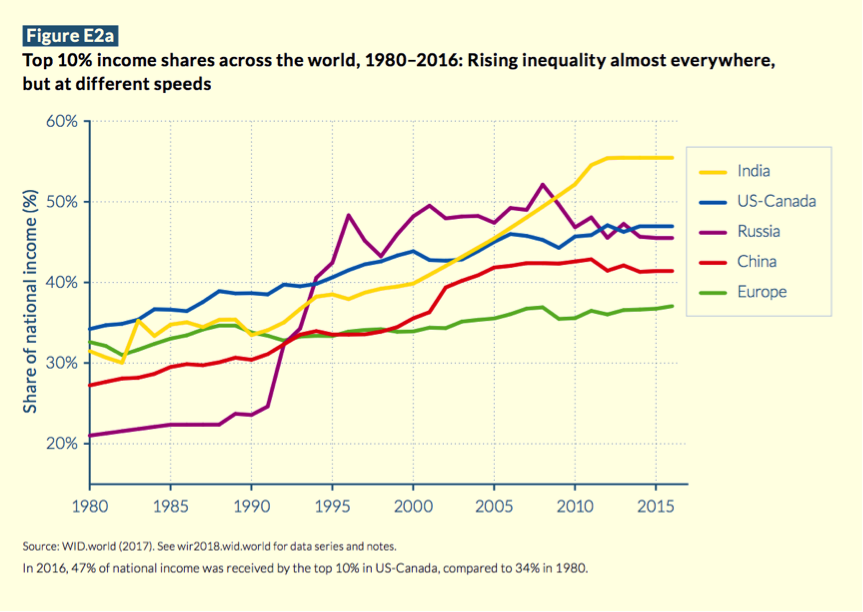 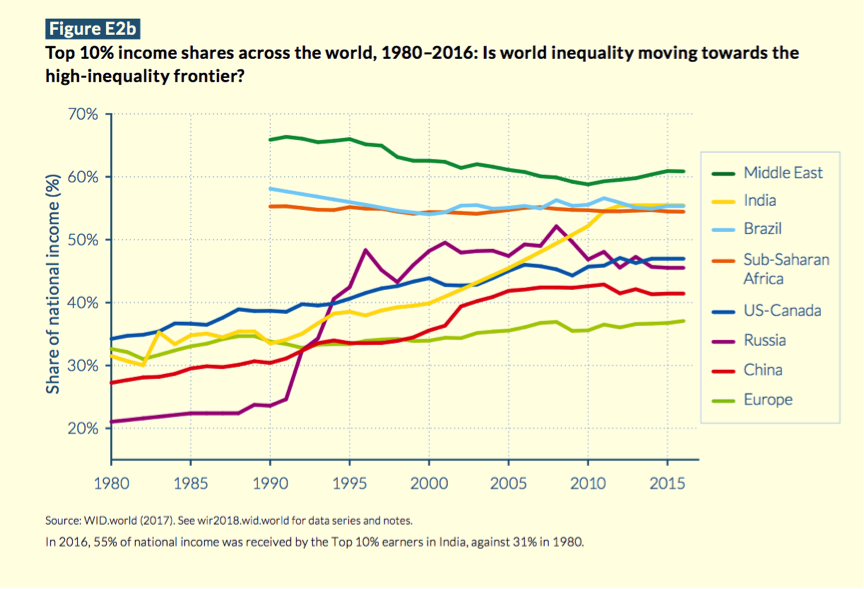 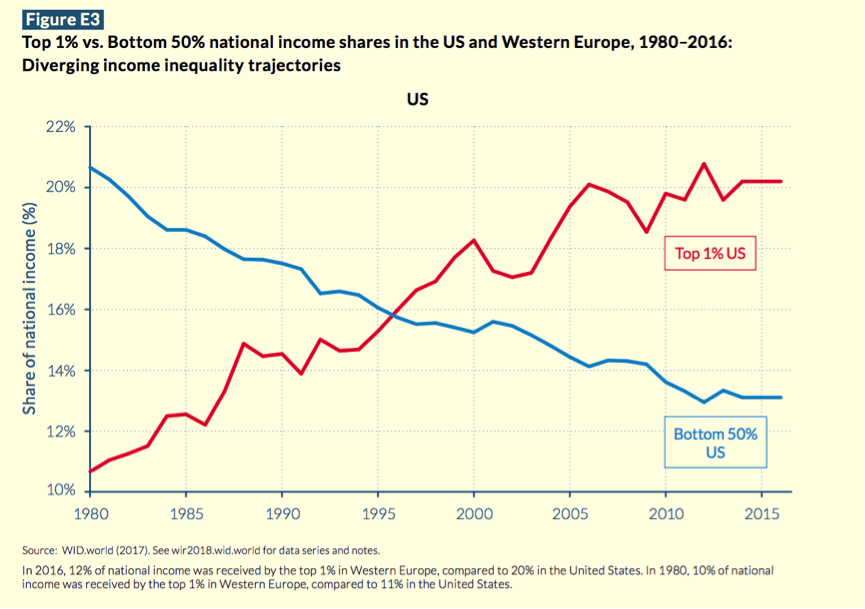 “Over the past decades, countries have become richer but governments have become poor. Economic inequality is largely driven by the unequal ownership of capital, which can be either privately or public owned. We show that since 1980, very large transfers of public to private wealth occurred in nearly all countries, whether rich or emerging. While national wealth has substantially increased, public wealth is now negative or close to zero in rich countries. Arguably this limits the ability of governments to tackle inequality; certainly, it has important implications for wealth inequality among individuals.”

In scenario analysis entitled “Smarter: what if governments and industry actually choose transformational actions” the authors of the report argue that for sustainable development to take place we need to ensure that the richest 10% take no more than 40% of income (page 11 of report). Yet talking about reducing inequality is shunned the most in the public discourse because it necessarily leads to posing the power question and things get personal. 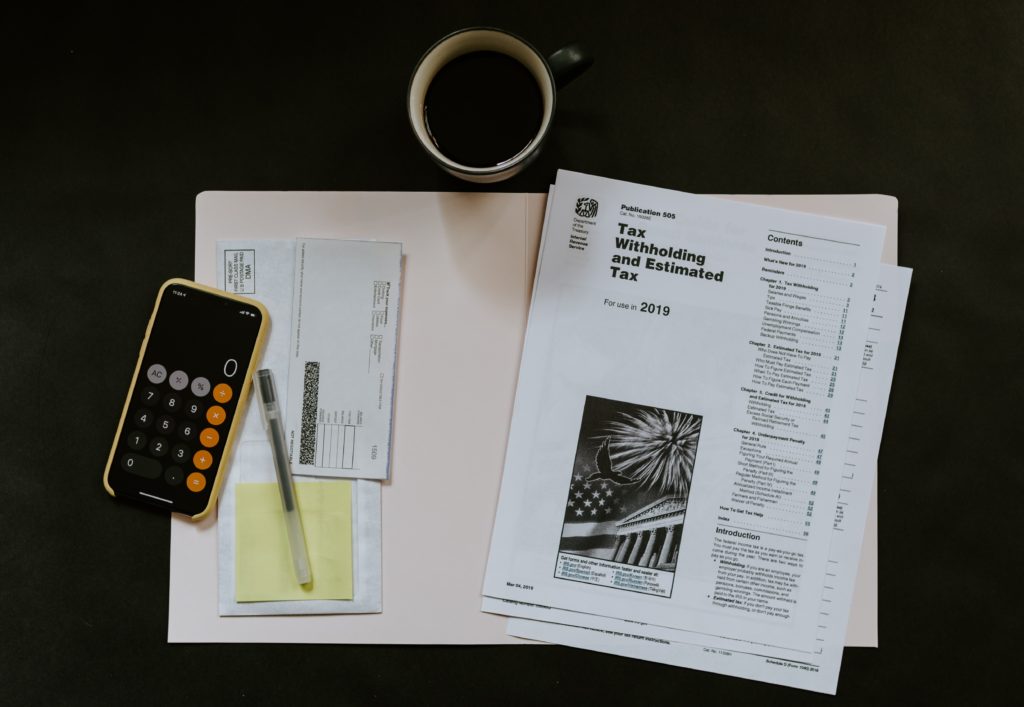 Make no mistake; tax justice cannot be separated from the climate struggle. It is the same system that is shielding the wealthy from contributing their share that is not pricing in externalities and is directly contributing to the destruction of our natural ecosystems. This is also why I decided to co-sign the letter from an initiative called “Millionaires against Pitchforks”, which has been signed by more than 120 Millionaire and Billionaires around the world, including Disney-heir Abigail Disney (see below for the full text). 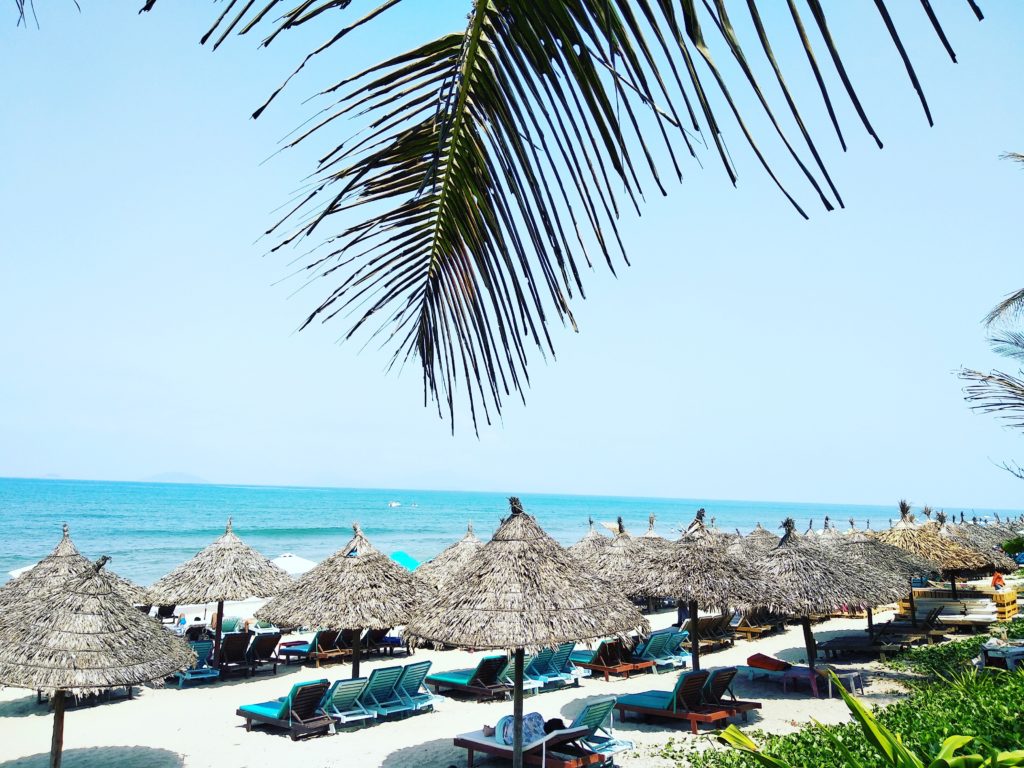 Tax havens often looks like this. The postcard of privilege.

What can be done against the monster of tax avoidance? The path has been laid out by leading scholars such as Gabriel Zucman and Emmanuel Saez. For example, we need a global registry of financial assets in order to know who owns what assets on this planet. Currently the obscurity of tax havens allow large corporations, politicians, celebrities and organized crime to essentially steal assets from the public. A global financial registry would bring an end to tax havens as we know them and finally establish transparency in ownership.

Furthermore, many tax havens are tiny states that are hugely dependent on the outside world for all their needs. If the international community would start a trade war with them, we could easily force them into submission (in order to join a global tax registry) as Gabriel Zucman argues in his book “The Hidden Wealth of Nations: The Scourge of Tax Havens”. It can be done but only if we regain control of our democracies.

For that reason, we urge you to step forward now – before it’s too late – to demand higher and fairer taxes on millionaires and billionaires within your own countries and to help prevent individual and corporate tax avoidance and evasion through international tax reform efforts.

We make this request as members of the most privileged class of human beings ever to walk the earth.

Extreme, destabilizing inequality is growing across the globe. Today, there are more billionaires on earth than ever before, and they control more wealth than they ever have. Meanwhile, the incomes of the poorest half of humanity remain virtually unchanged.

In many nations, tensions caused by inequality have reached crisis levels. Low social trust and a pervasive sense of unfairness are diminishing basic social cohesion. This breakdown within nations exacerbates tensions between countries. The resulting dynamics guarantee that the global community will fail to adequately respond to the looming climate catastrophe. This will be disastrous for everyone, including millionaires and billionaires.

It is time for us to act. Despite vocal protests to the contrary, most reasonable people understand that philanthropy has always been, and always will be, an inadequate substitute for government investment. Taxes are the best and only appropriate way to ensure adequate investment in the things our societies need. Individuals who reject this truth pose a dual threat both to the climate and to democracy itself, as those seeking to avoid their tax responsibilities are often the same ones manipulating governments and democratic processes around the world for their own gain.

Globally over the last several decades, tax receipts from the ultra-wealthy and corporations have declined precipitously. In some nations, the wealthiest actually pay lower effective tax rates than those of modest means.

Many of the world’s largest corporations abuse tax havens, some pay no tax at all. Internationally, tax avoidance and tax evasion have reached epidemic proportions. Studies show that, at the low end, at least $8 trillion – close to 10% of the world’s GDP – is hidden in tax havens.(1) A recent IMF study, estimates that 40% of foreign direct investment – about $15 trillion – passes through “empty corporate shells” with “no real business activities.” (2)

To be clear, every solution to this global crisis requires higher taxes on millionaires and billionaires like us. You can join us in accepting this simple fact, and then help us get on with the business of repairing our fractured world – including working together to advance effective tax systems within our respective countries and internationally – or you can refuse to be part of the solution and accept that if we fail, you will be to blame.

Please join us in this most essential fight. 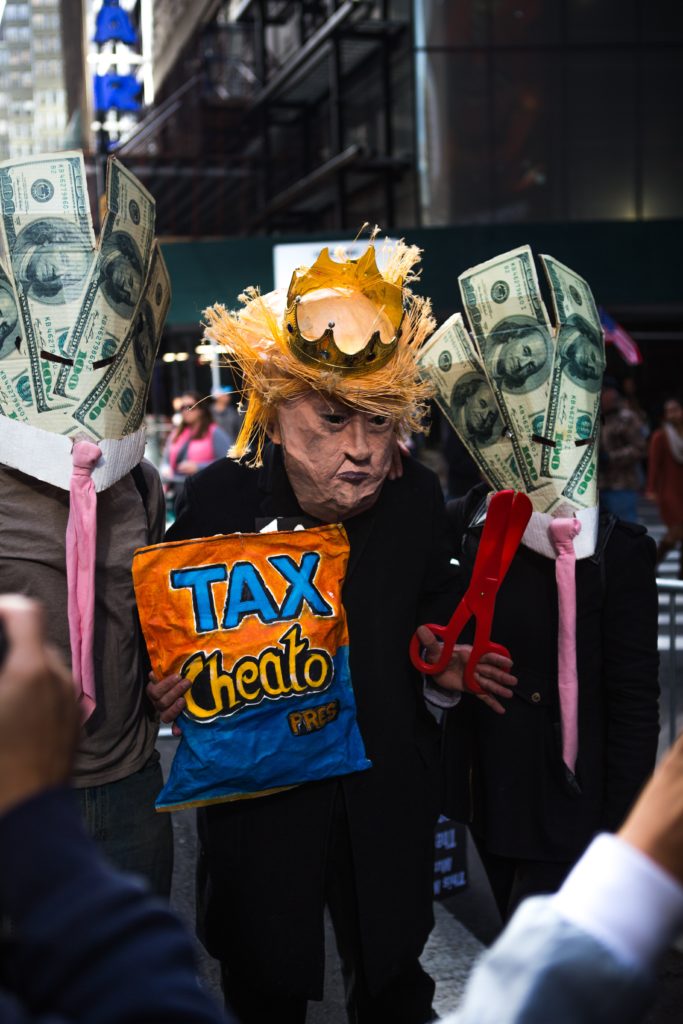 Nick Shaxson: Treasure Islands: Tax Havens and the Men Who Stole the World

Gabriel Zucman, The Hidden Wealth of Nations: The Scourge of Tax Havens

The Fight for Transparency in Greek Politics
by Toni Schwarz
What’s more? Thinking beyond impact investing
by Antonis Schwarz
view all
G
F