A creative, uniting and beautiful response to the devastating consequences of open cast mining for Lithium in Portugal. 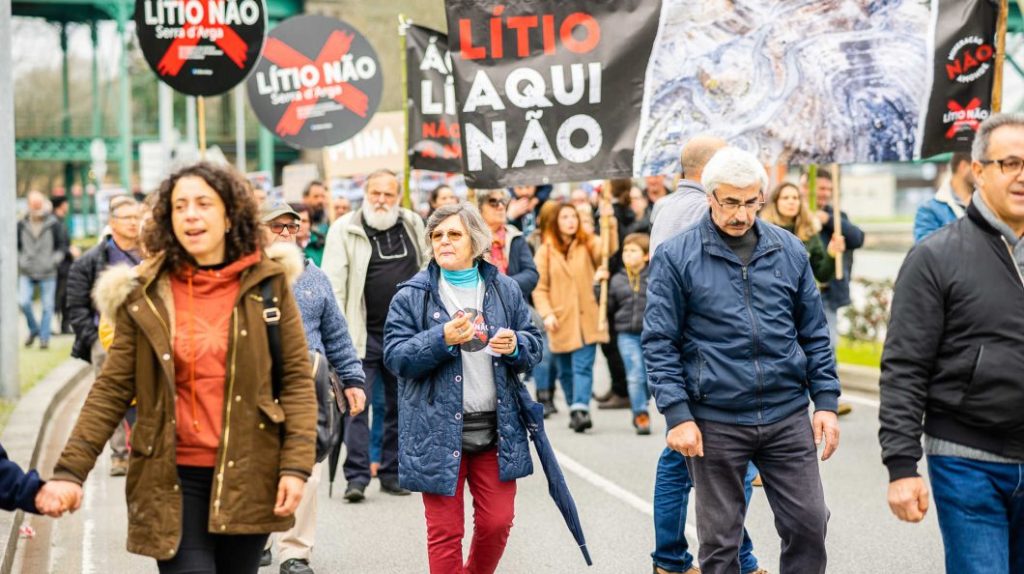 A big street protest against the Lithium mines in Portugal

A group of active citizens and environmental associations working towards ecosystem restoration and the regeneration of nature in Portugal got pretty alarmed at the recent developments in Portugal to start & expand explorations for open cast mining for lithium and other metals. In addition, there are proposals for fracking for oil and gas which are being disputed by environmentalists in other parts of the country.

The exploitation of lithium — considered a fundamental step for an “energy transition” by the Portuguese government — has been systematically contested by the National Association for Nature Conservation, called Quercus. The organization publicly requested an “immediate suspension of the government’s strategy for lithium,” after conducting a study that concluded the process of mining for lithium, a non-renewable resource, will result in “high levels of CO2 emissions.” They estimated that each lithium mine will emit an additional 1.79 million tons of greenhouse gases per year, which means it’s an energy development plan that’s still environmentally unsustainable. 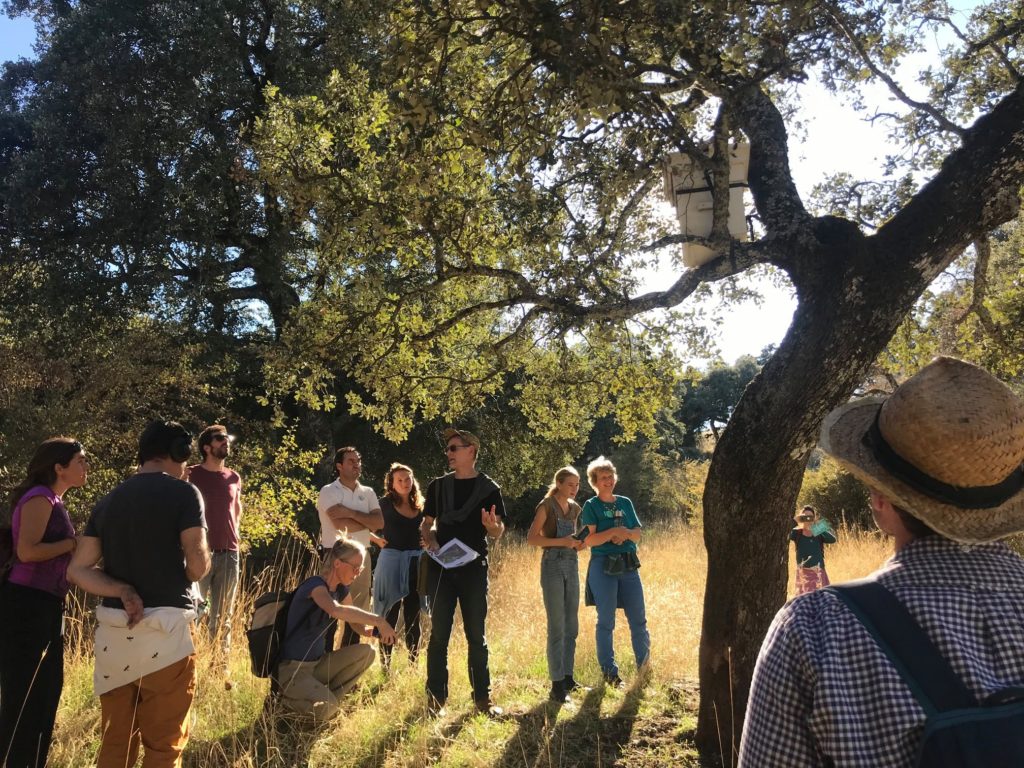 Considering that, globally, humanity may be on the brink of environmental collapse, this group sends a simple, now already age-old, ecoactivist message “we won’t allow for extractive industries to continue their destructive practices that prioritize profit over people and planet.” 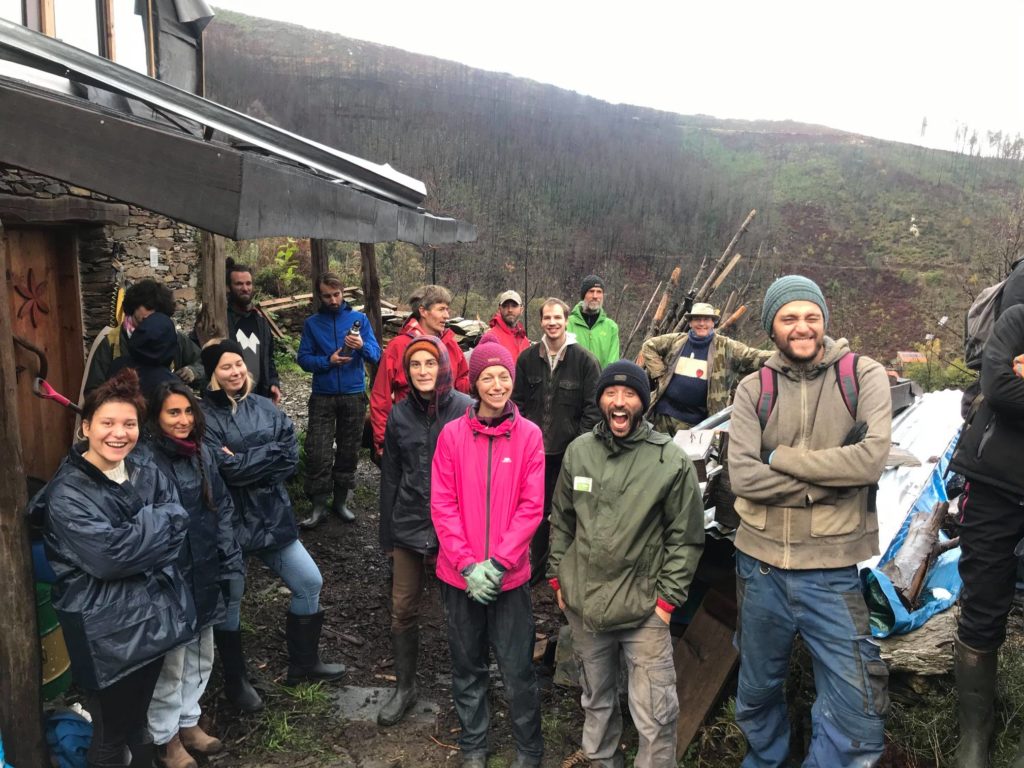 Laura Williams, one of the activists writes “the most pressing work for us all – governments and communities – at this time is to regenerate the land and water cycles through such strategies such as reforestation and water retention to ensure all life can thrive in the beautiful and biodiverse Portuguese land.”

In order to put this pressing issue of regeneration on the (inter)national agenda, the group and allied activists gathered to create a large, collective, visual art piece that communicates the message to protect, defend and conserve Nature and all life on the planet, which was shared with a large network of media outlets and NGOs.

Together we are stronger.
Ecosystem restoration now!

Manifesto
“We unite to defend and protect these and all lands and waters from further desecration by extractive and polluting industries such as prospecting for minerals, mining and fracking. 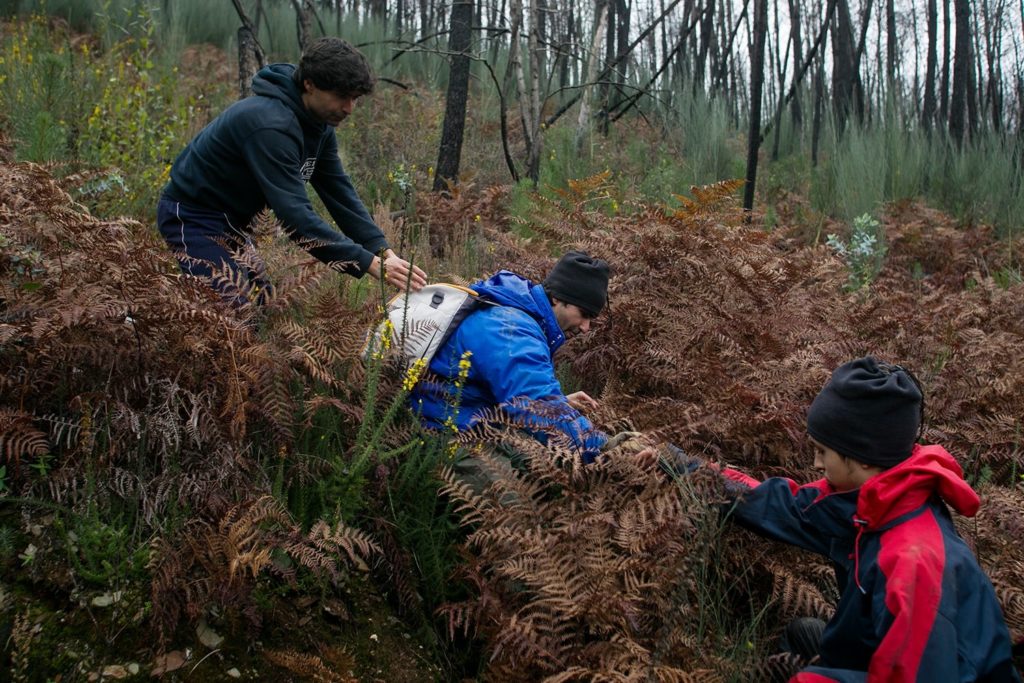 We demand from authorities to provide information and transparency about the negative environmental and social impact of these operations, which is currently lacking. We also demand from authorities and industry to take responsibility for the negative impact they are causing to our environment and ecosystem by changing their linear manufacturing processes towards circular closed loop models that are regenerative and don’t require the continuation of resource extraction causing the degeneration of our ecosystem at large. 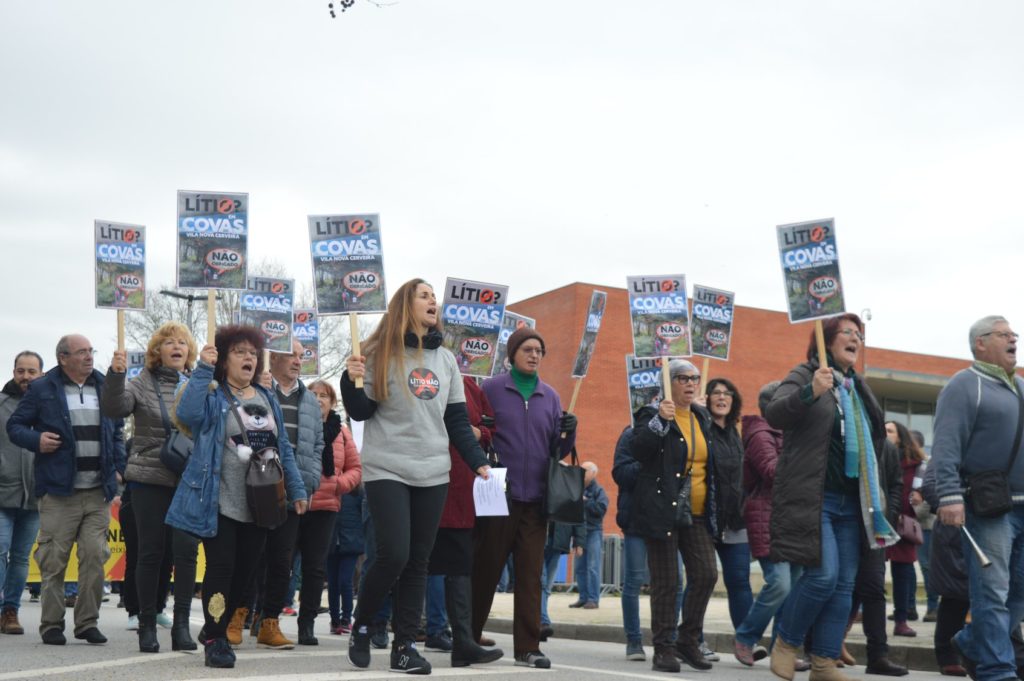 The above objectives were achieved when hundreds of people including speakers and campaigners on the highest point in Portugal to make a beautiful art piece together which was filmed and photographed and disseminated throughout Portugal and the world through mainstream, alternative and social media. The organisation/production costs of the event/art action were covered by our grant while the whole operation, including media liaising/promotion/dissemination were done on a voluntary basis. 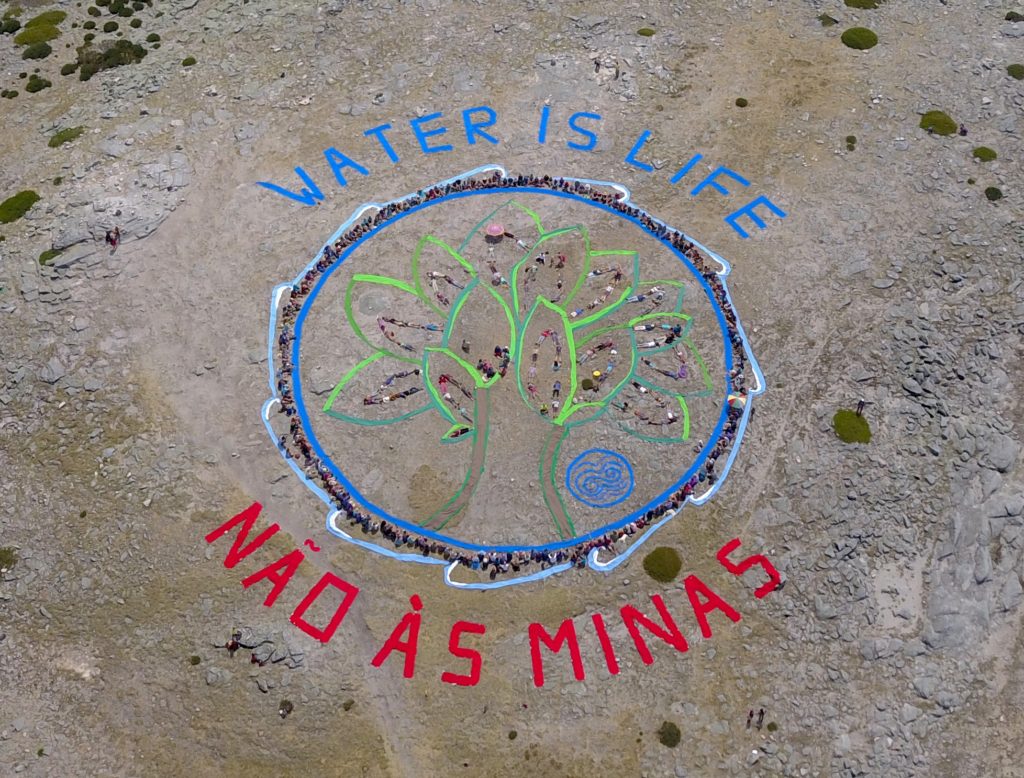 The media coverage was unprecedented and all of the objectives for the day were met and exceeded: 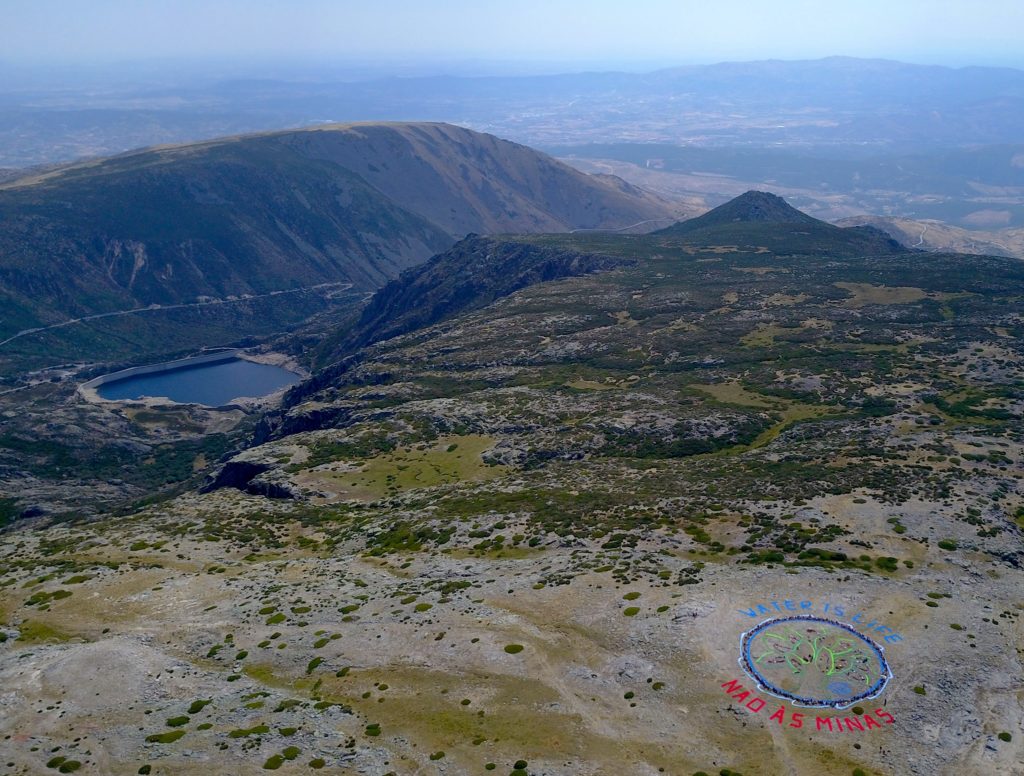