The Birth of a Translocal Movement
by Romy Krämer 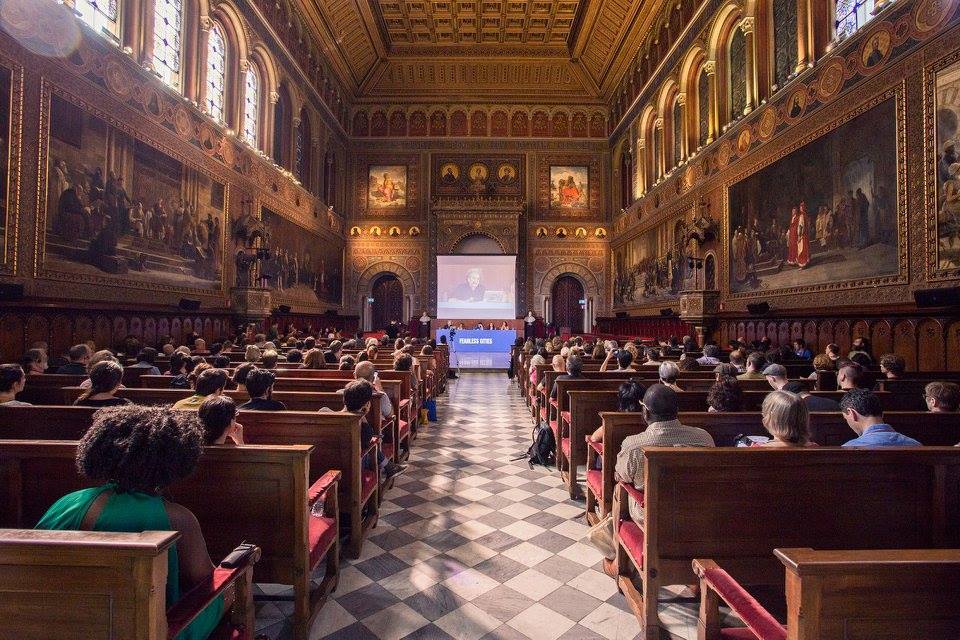 What better place to launch New Municipalism than King’s Landing? The reign of entrenched ways of the iron throne is finally being challenged from all sides, and some say – the movement is coming

Exactly three years ago, Barcelona en Comú, a citizen platform, emerges from the Spanish anti-austerity 15M movement, and a year later they win the 2015 municipal election of Barcelona, becoming the ruling political party. Two years after that, they’re hosting the Fearless Cities Summit promoting a radically different way of doing politics at the municipal level.

From 9-12th of June 2017, some 700 mayors, councilors, thinkers, movement activists, NGOs, foundation reps and active citizens from five continents and over 40 nations convened at the University of Barcelona for what felt like the unofficial launch of a truly global municipalist movement (see our introductory blog post).

The grandiose venue was abuzz with the usual conference suspects: panels, workshops and discussions, but with not-so-usual content: challenges of gentrification, feminising politics, how to take back control of essential services, radical democracy and the edgy agenda goes on. Over 180 cities and about 100 municipal platforms from around the globe were represented at the event (see this map). Attendees from Tokyo to Cape Town, Seattle to Juba, as well as a host of European cities, converged in a mood of mutual support, sharing, and a willingness to form deep connections. Barcelona’s charismatic mayor, former anti-evictions activist Ada Colau, held the space with the support of her committed crew and more than 170 volunteers, ardent believers in participatory democracy and an equitable España.

If I had synaesthesia, the Fearless Cities summit would have tasted like togetherness. Every session reverberated with zeal and excitement, and it was evident that participants were swept away by the diversity and potential of the translocal municipal movement. Together! Togetherness was by and large the prevailing sentiment: we are all in this together and together we can fix it. Radical participation of citizens — or simply inhabitants, regardless of legal status — is the key of good democracy as an organised and long-term response to the corporate capture of the state and the conservative authoritarian political trends. People left encouraged, believing that bottom-up political agenda setting and governance of our cities is possible through a model of meaningful collaboration: “hacerlo en común” – Doing It Together.

Councilors, mayors, and those involved in new municipalist governments were allowed to step out of their local frameworks and hear about the successes and challenges others were facing (see below) across highly diverse political contexts. Deep, personal connections were created, and follow-up meetings (for instance, a visit of Barcelona & Naples municipal platform members to Poland) are already planned.

Not to be entirely swept away by this wave of optimism, a couple of recurring challenges surfaced in the sessions I attended as well as individual conversations and are worth mentioning. 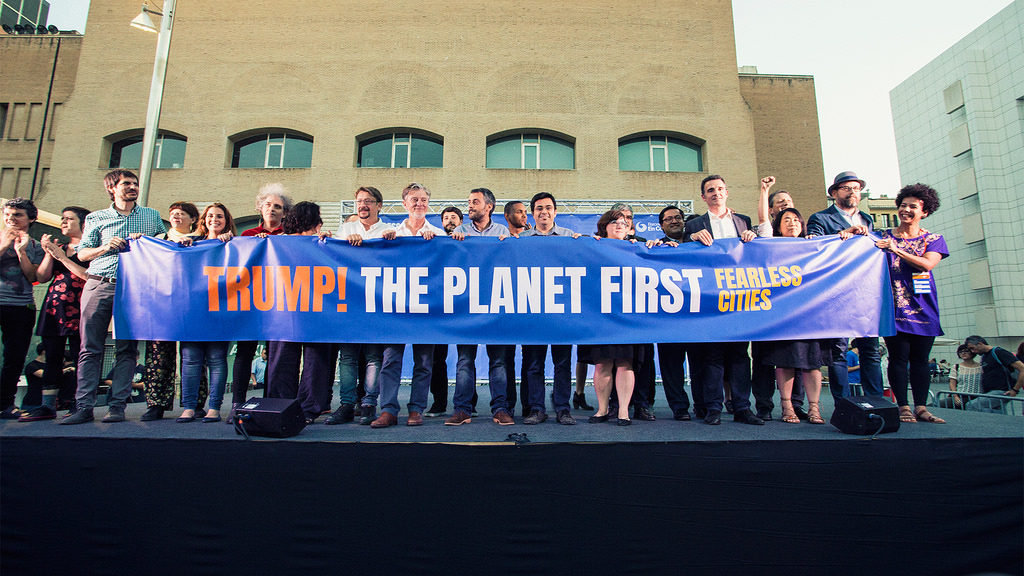 True to their name, the organizers and participants were not mincing their words and sent some very clear messages to political leaders

An internal call was launched shortly after the conference that highlighted the urgent funding needs of the Fearless Cities organisers. A number of other foundations from the EDGE network reacted rapidly within a short timeframe of about three weeks – impossible to imagine for many funders but clearly possible for Karibu, ECF, Avina, Chorus, FPH, Ford, EDGE, &  Grassroots International   . Within a couple of weeks, nine funders had decided to support the conference with a total of 70K EUR. In the weeks to come, the organizers of the conference saw the number of registrations rise from a few dozen to over 700 people from a range of geographical localities and political contexts. Without this speedy response, the event would have lacked a couple of key contributors from geographically distant locations, and the diversity of perspectives represented at the conference would have definitely suffered.

This fast response funding is the result of a rethinking on both sides, funders and conference organisers. While for some of the activists involved with Barcelona en Comú, applying for, or receiving donor money was unthinkable just a couple of months ago, and remains a contested topic, but funders also benefited from this new and more direct way of engaging. Through the participation of a Barcelona en Comú organiser in the EDGE conference, there was ample chance for direct interaction and trust building which resulted in expressions of solidarity and funding for the conference. Given these circumstances, funders even overcame the hurdle of finding ways to channel grants to an event organised by an unconventional political party.

Initiatives like the EDGE Funders Alliance Just Transition Collaborative seem to be spaces where civil society and funders can come together in such a productive way in the future in order to support systemic change efforts. 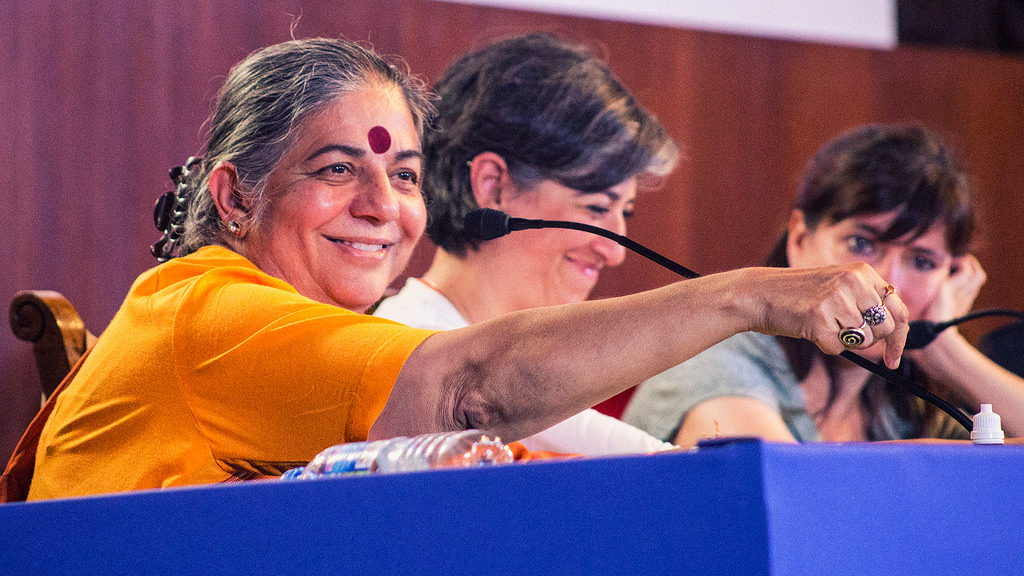 There was no shortage of smiles and good will amid the passionate sessions that focused on solutions, on cohesion and one ways to move forward in solidarity

What now? Who is taking the lead? Where will the next gathering be held? Santiago de Chile was half-jokingly mentioned during the final panel, but no official announcement has been made.

What was lacking at the meeting was a space to discuss long-term strategy for the movement as a whole and get beyond ‘fighting fires’ locally by building a vision. While appreciating the beauty and effectiveness of organic growth and emergence, as well as the wish of the organisers to not turn this into a formal platform, it feels like a lot of positive energy is being left unused by leaving participants without a shared objective and perspective for the future. Also, there is the risk that either too many actors or nobody takes the lead on pushing the global new municipalist agenda, tries to extract and disseminate learnings across the network, or plans the next gathering, for that matter. A final declaration was not wanted, it seems. But that left everyone hanging somewhat without a roadmap or broader vision. 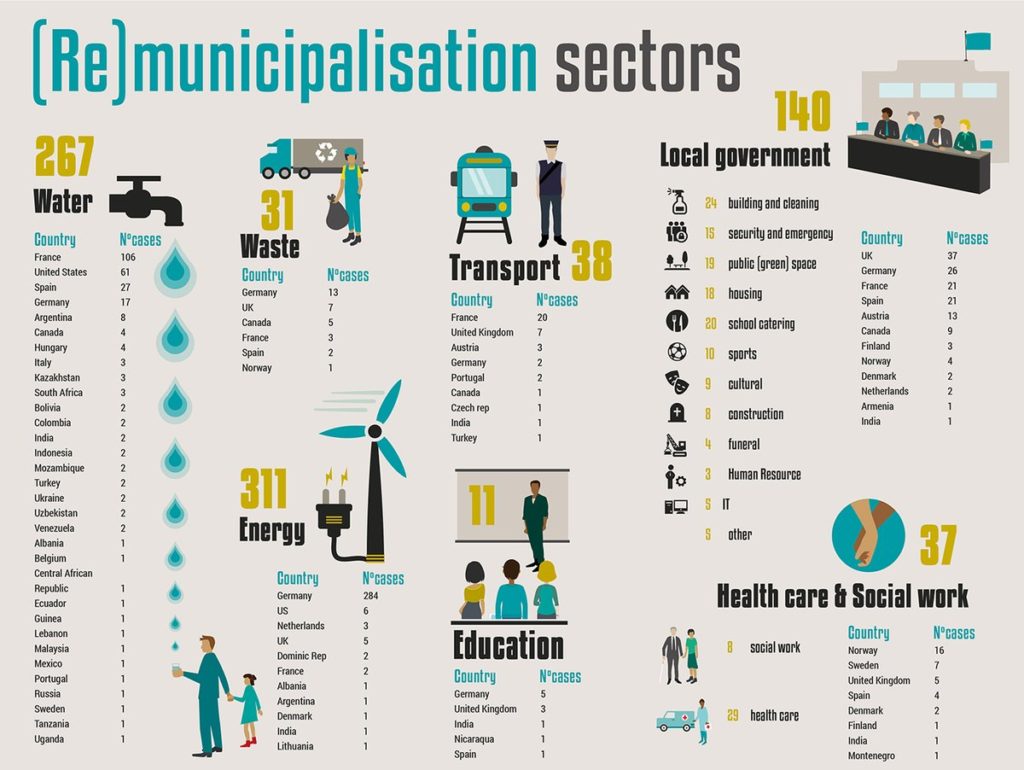 Recent Guerrilla grantee TNI has put together a remarkable report that indicates that the movement to ‘remunicipalise’ is strong, intersectional and widespread, so there is hope going forward